Bow figure wearing the uniform and Badge of a Thames Waterman 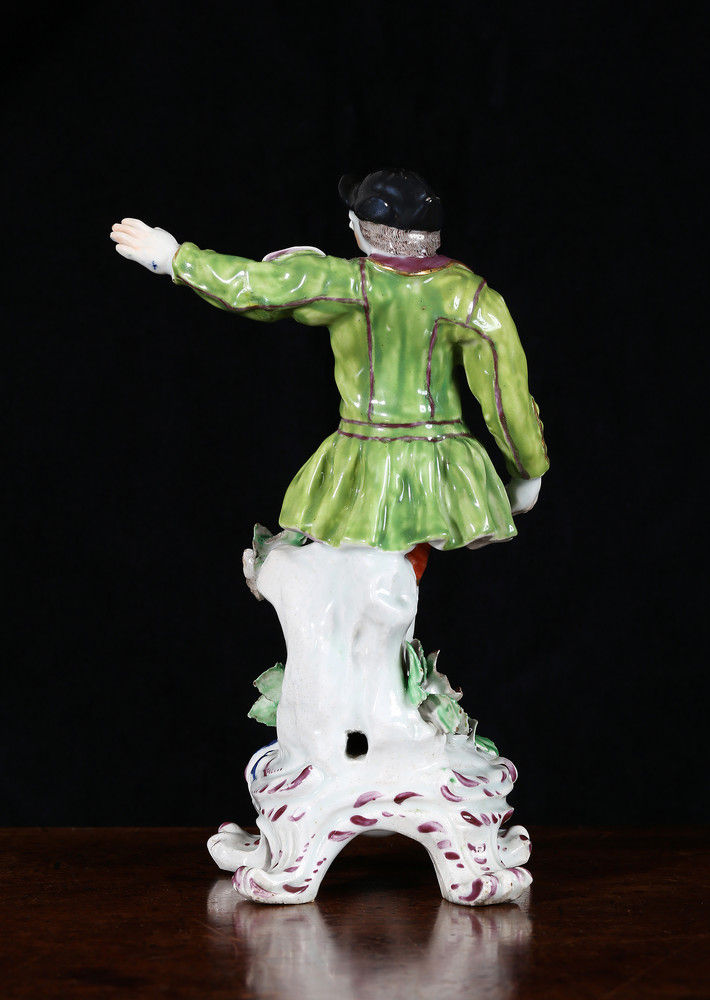 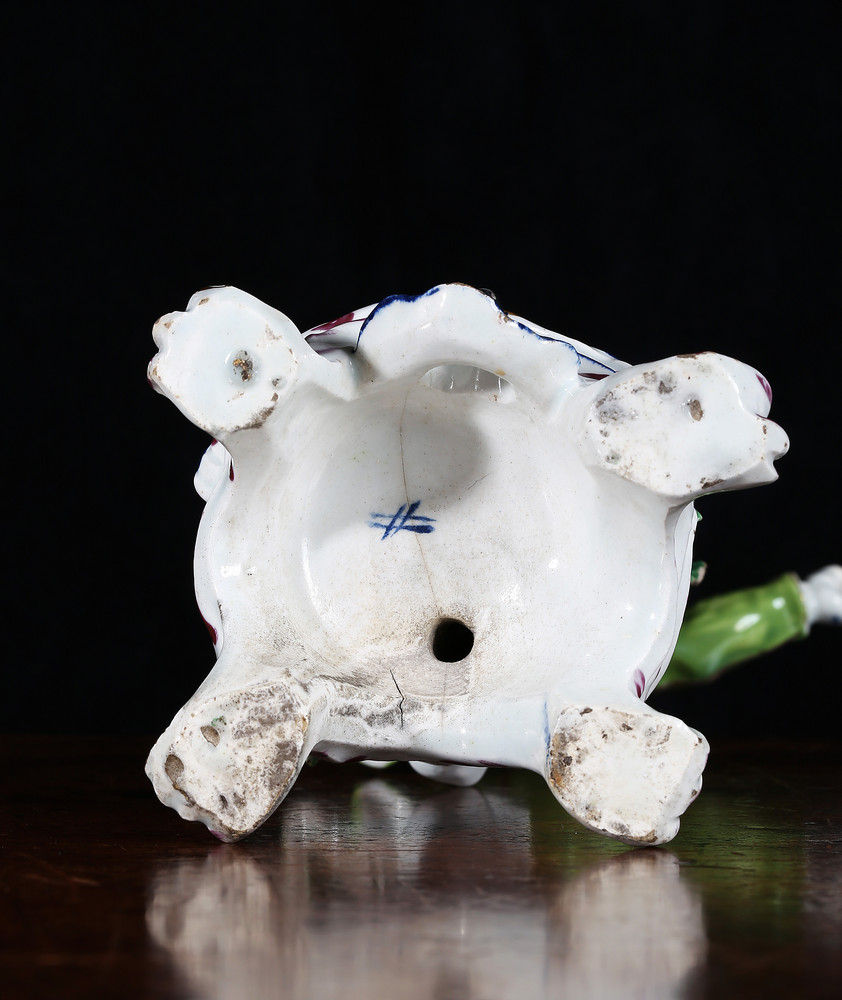 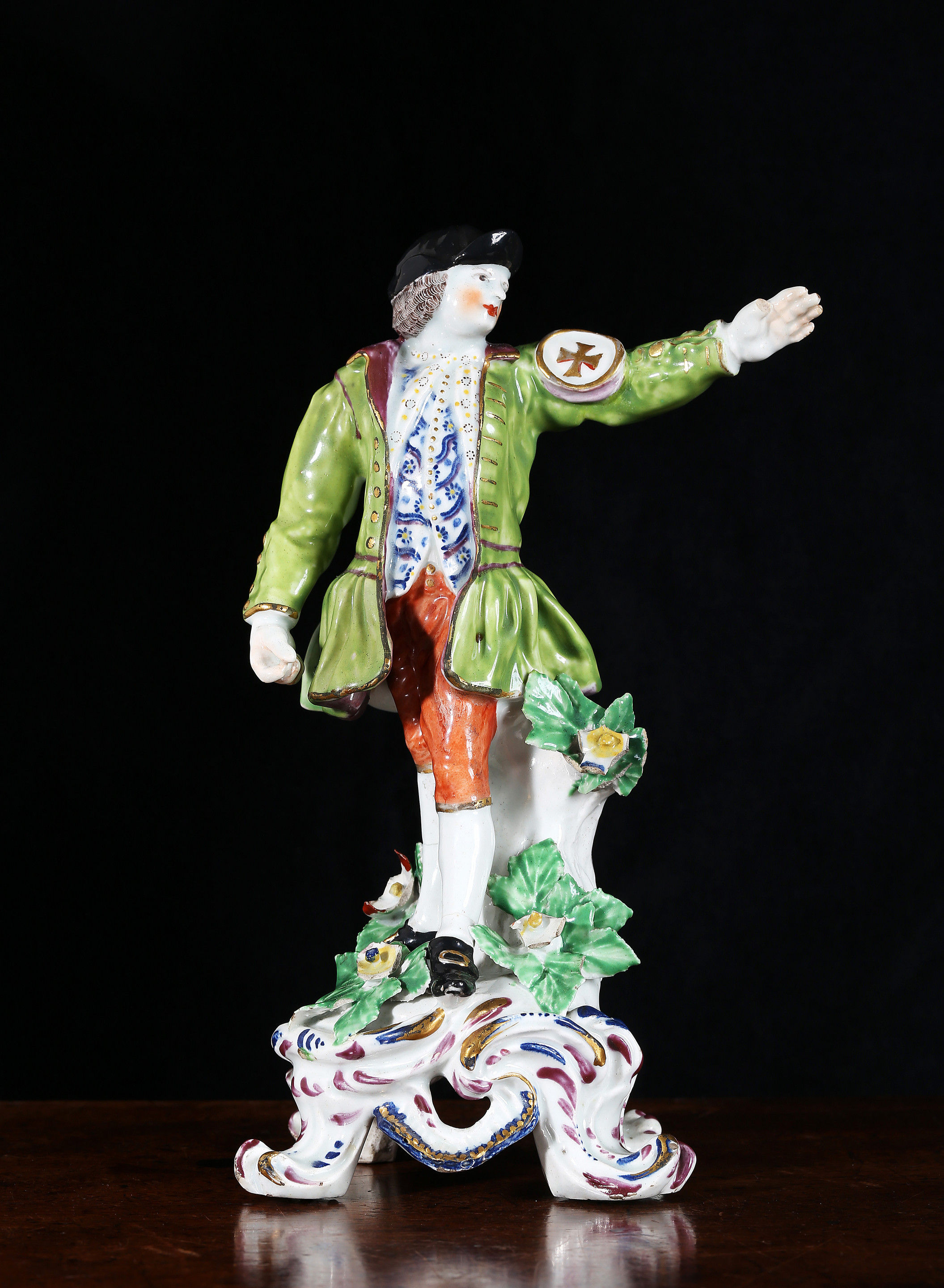 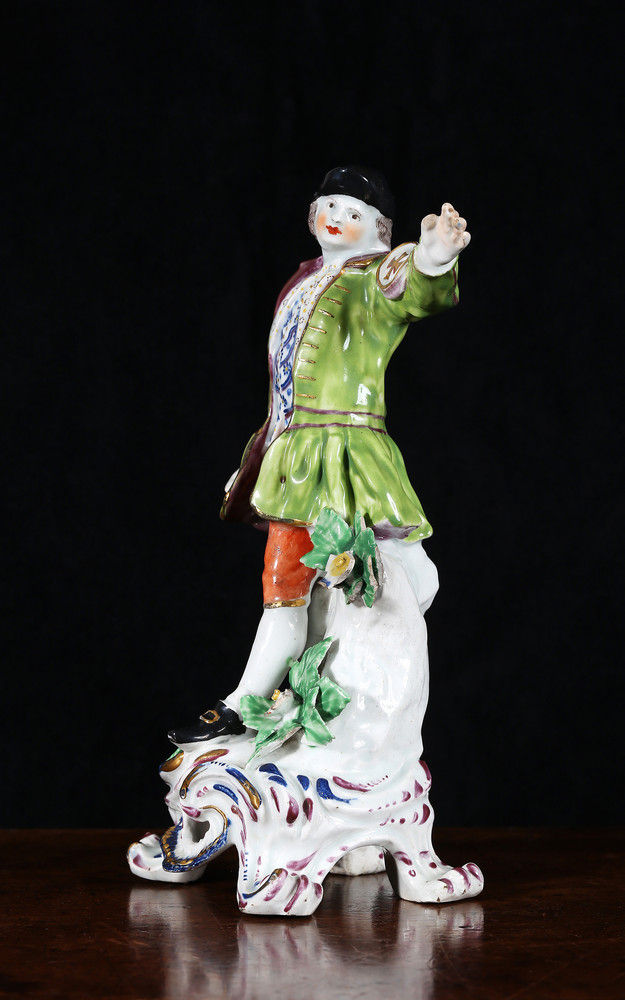 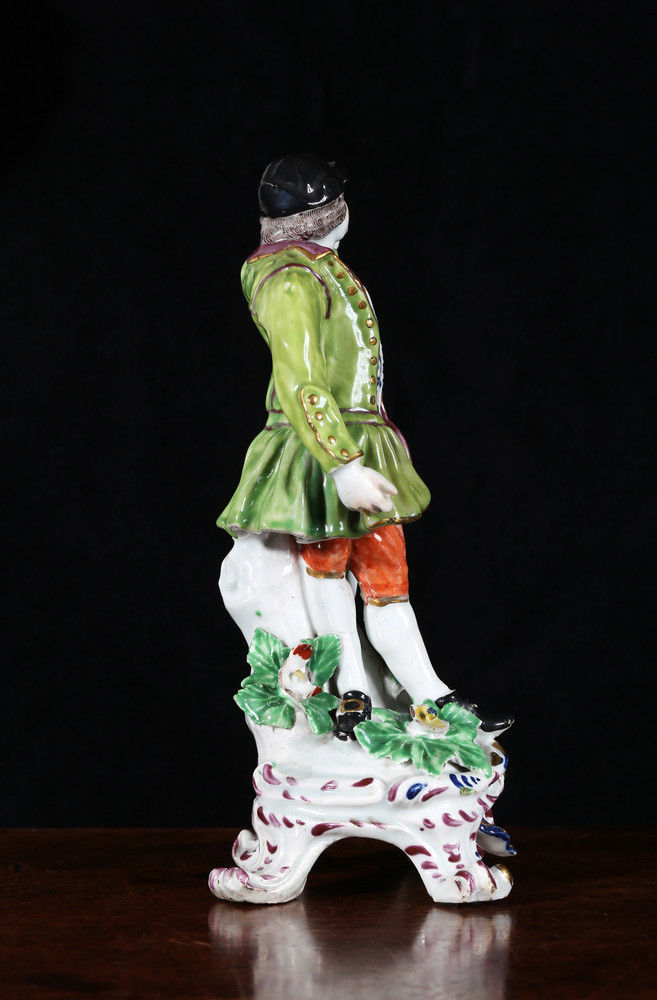 Bow figure wearing the uniform and Badge of a Thames Waterman

Standing with his left arm raised wearing a green coat over a blue-striped waistcoat, orange breeches and a black cap.

This figure is one of the very few Bow models that escaped the all-pervasive influence of Meissen that was so dominant after about 1753 and is one of the rare figures original to the factory which depicts figures from contemporary London life.

An act of parliament of 1514 regulated the activities of watermen, wherrymen and bargemen on the River Thames and the Company of Waterman & Lightermen still presides over their affairs and celebrates their traditions and continues the use of such uniforms.

This model is known with different insignia on the arm badge, such as fouled anchor of the Admiralty or the Horse of Hanover of ‘Dogget’s Coat and Badge Wager’, a race established in 1715 by the actor and comedian Thomas Doggett to be rowed for by Thames Watermen annually on 1 August between London Bridge and the Old Swan at Chelsea, in commemoration of the accession of George 1. It is still raced today.