BRISTOL FIGURES OF SPRING AND AUTUMN 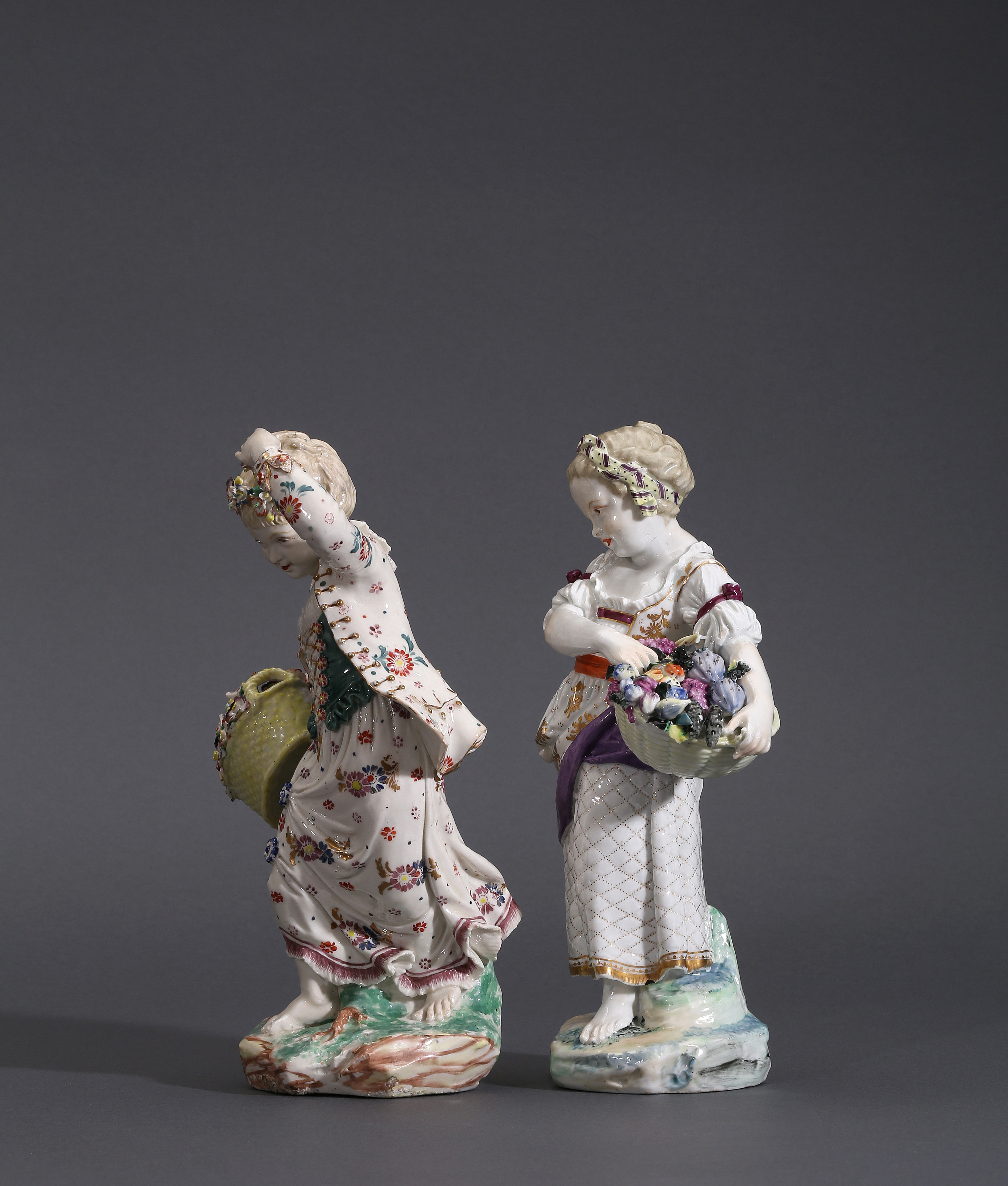 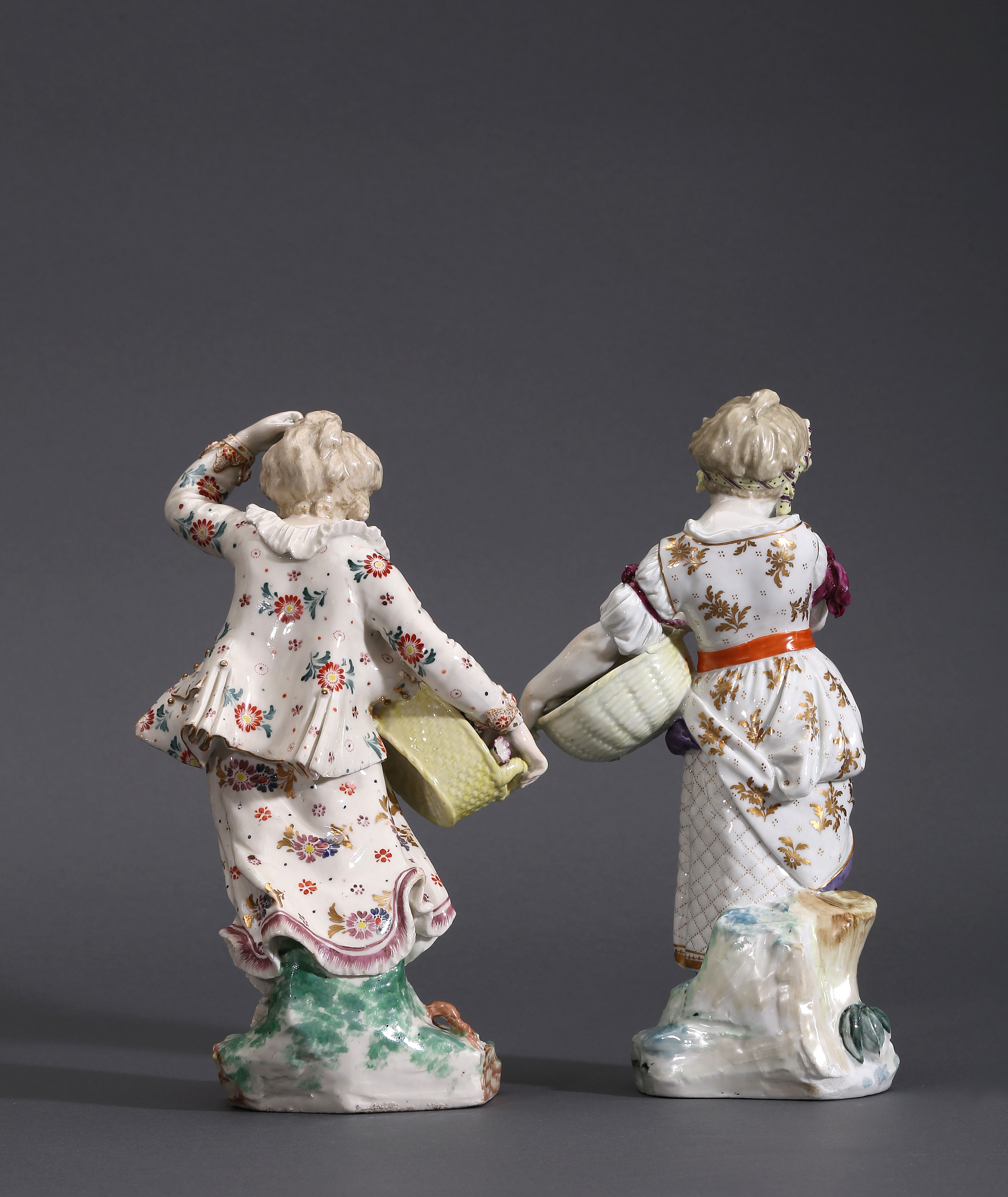 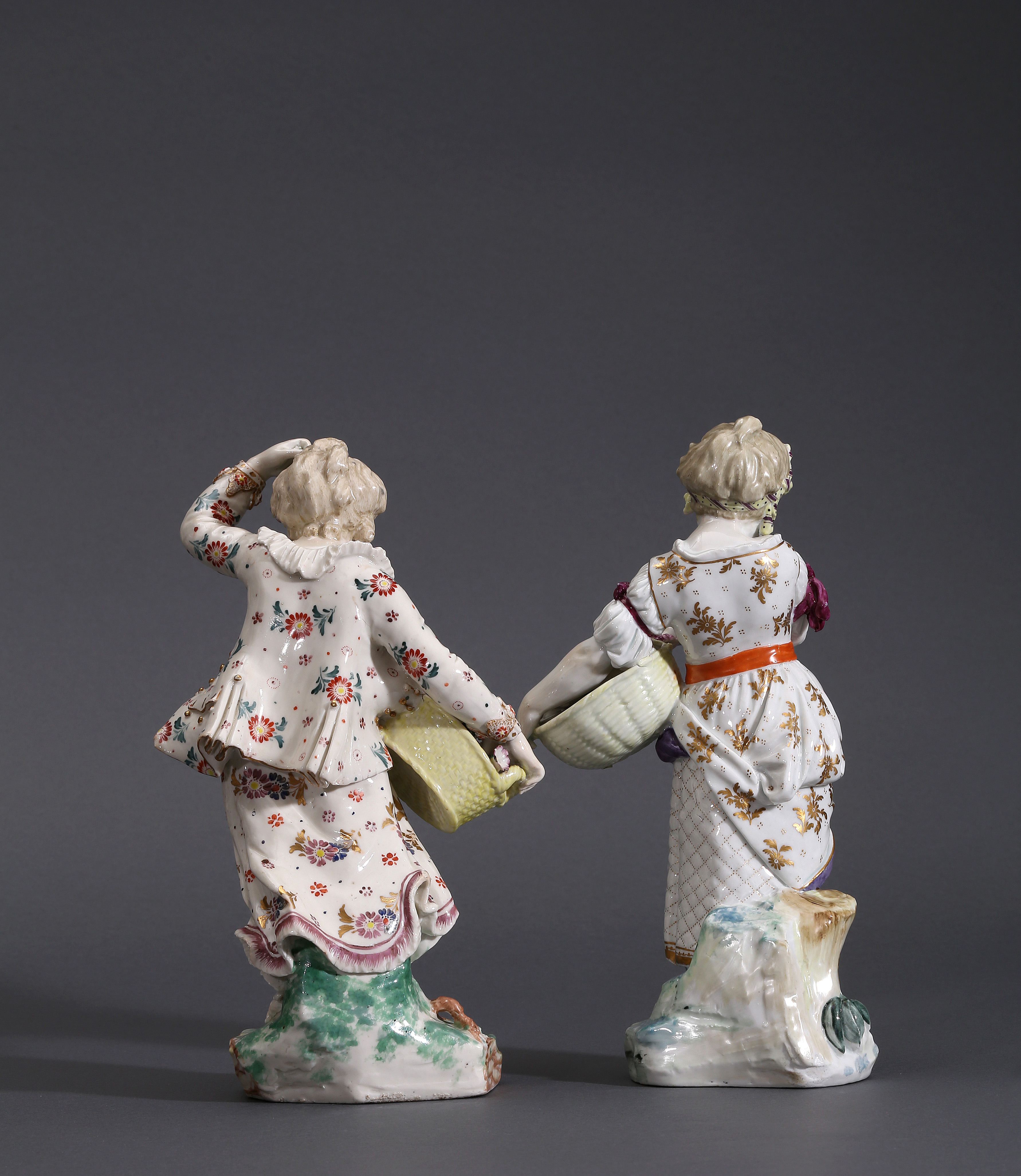 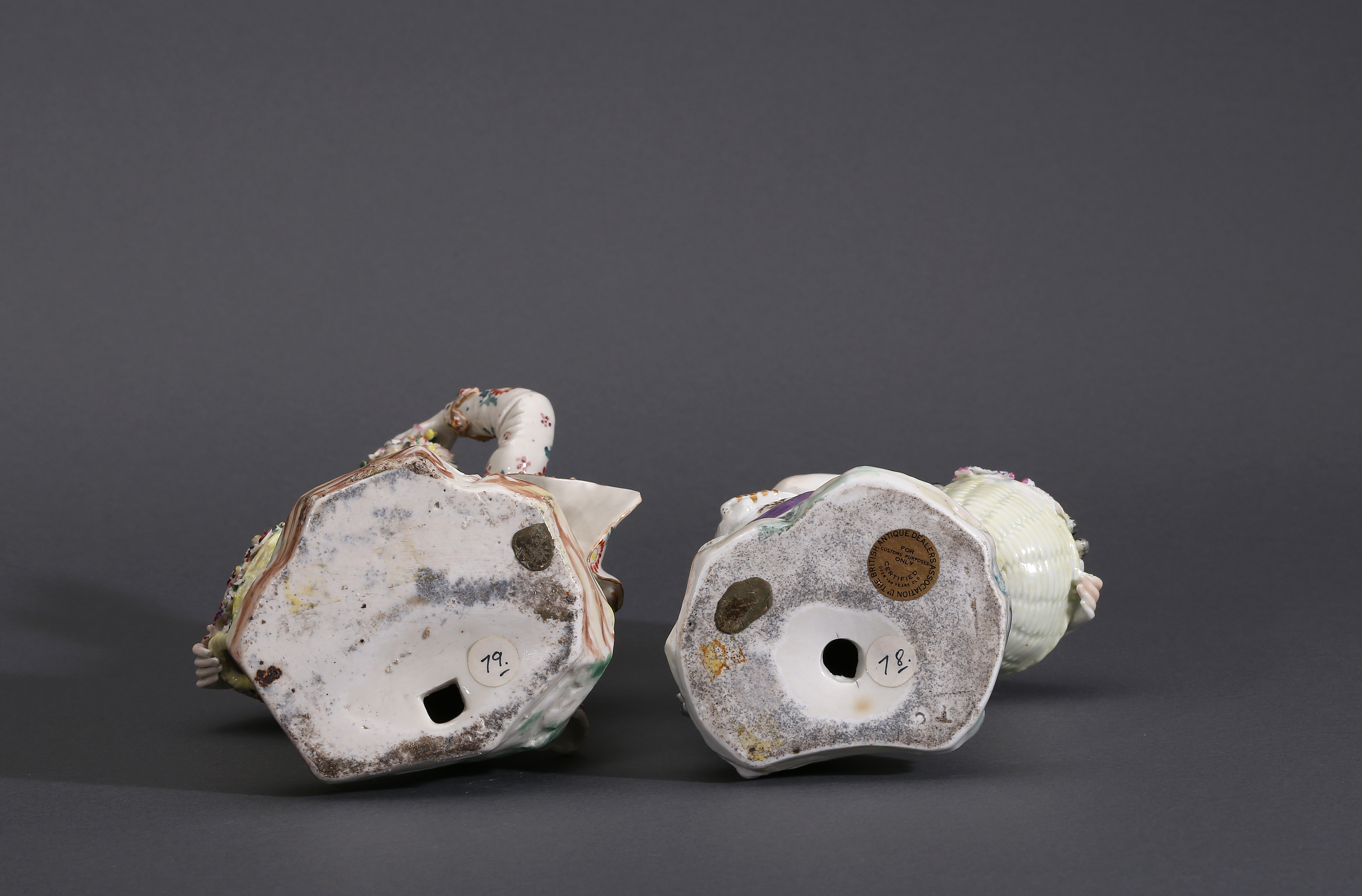 BRISTOL FIGURES OF SPRING AND AUTUMN

From the ‘Rustic Seasons’, Richard Champion’s Factory
Hard-paste porcelain
Both impressed ‘TO’ on the underside of the base for John Toulouse
Circa 1775
27.8 cm high

The figures of Spring and Autumn are from a set known as the Rustic Seasons.  They have the distinct French influence which was favoured by the young Richard Champion who took over the Bristol factory from the elderly William Cookworthy sometime around 1773.  The figures are well executed and decorated with a full palette and fine gilding, they show little of the imperfections of the earlier hard-paste figures from Plymouth.

The modelling is highly accomplished in marked contrast to the similar French Seasons made by Derby at around the same time; the Derby Seasons being more tame and restrained.  Arthur Lane in his English Porcelain Figures of the Eighteenth Century, 1961, suggested that the Bristol Rustic Seasons were modelled by Pierre Stephan the Flemish modeller.  However Hilary Young and others have doubted this attribution (Derby Porcelain International Society Journal volume 4, 2000).

The impressed ‘TO’ on the underside of the base is the mark of the ‘repairer’ or fettler and was traditionally identified as ‘Tebo’, it is now thought to be for John Toulouse.

Bristol figures of this type were amongst the most admired and highly prized English porcelains by Victorian collectors.  The set of the Bristol Rustic Seasons in the Victoria & Albert Museum (414:729-1885) was purchased by Lady Charlotte Schreiber from W Sanders of Hammersmith in 1873 for the then substantial sum of £380.

We are grateful to Roger Massey for assistance with this entry.

Condition:
Losses to petals and a small chip to a tunic. No restoration.