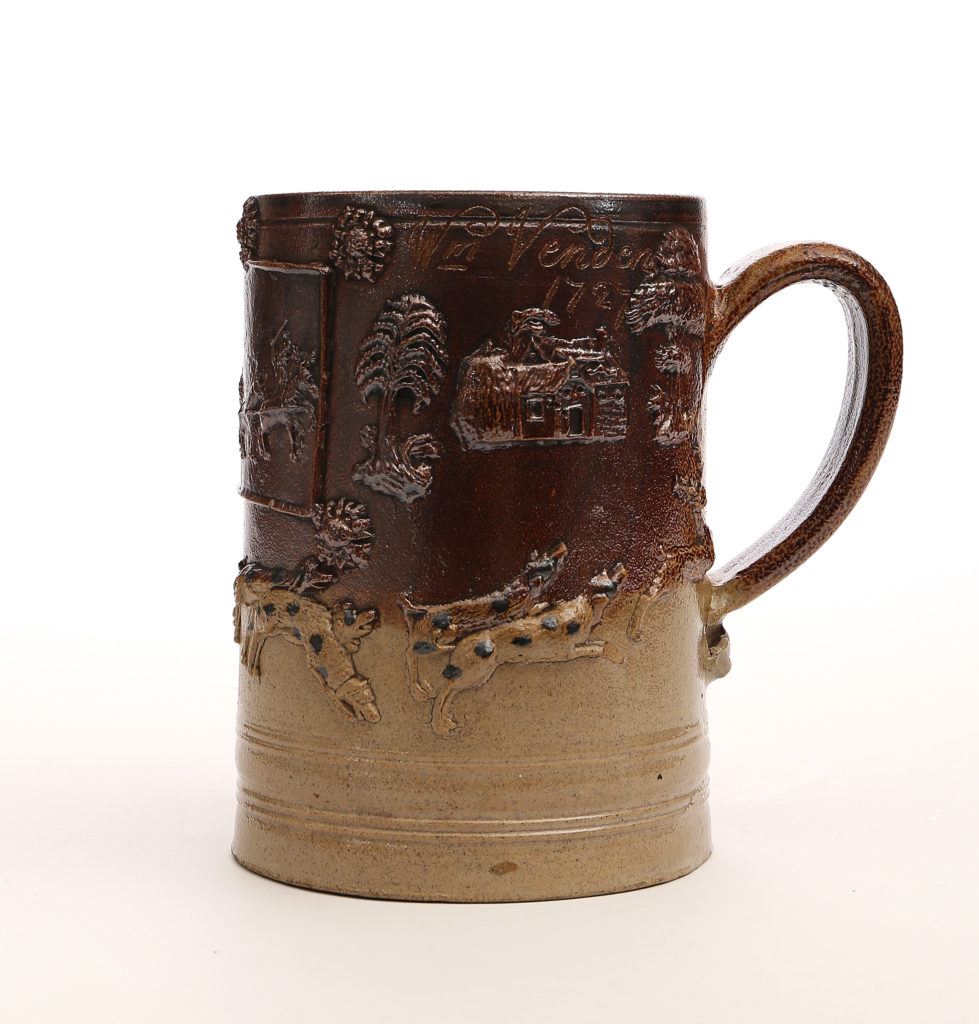 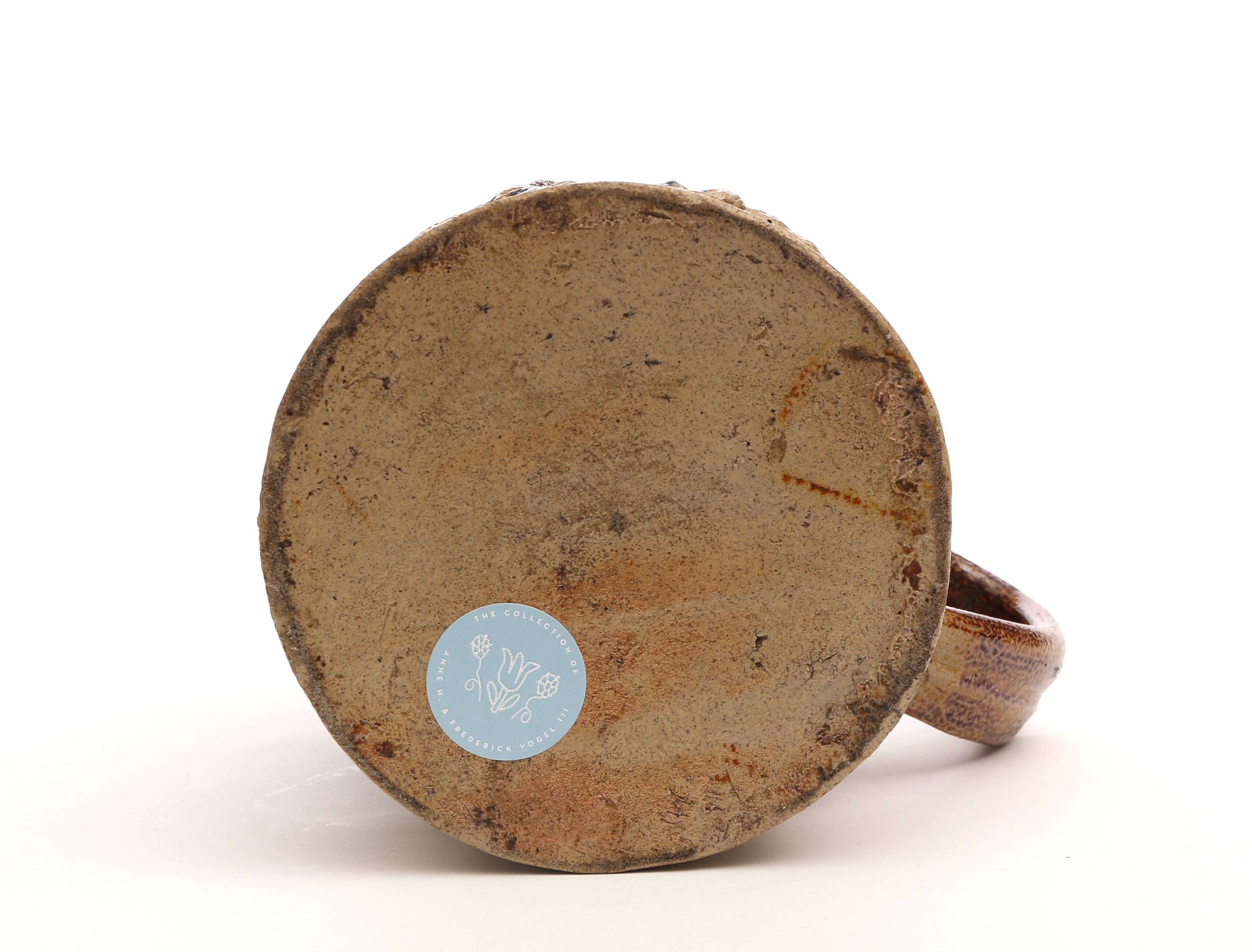 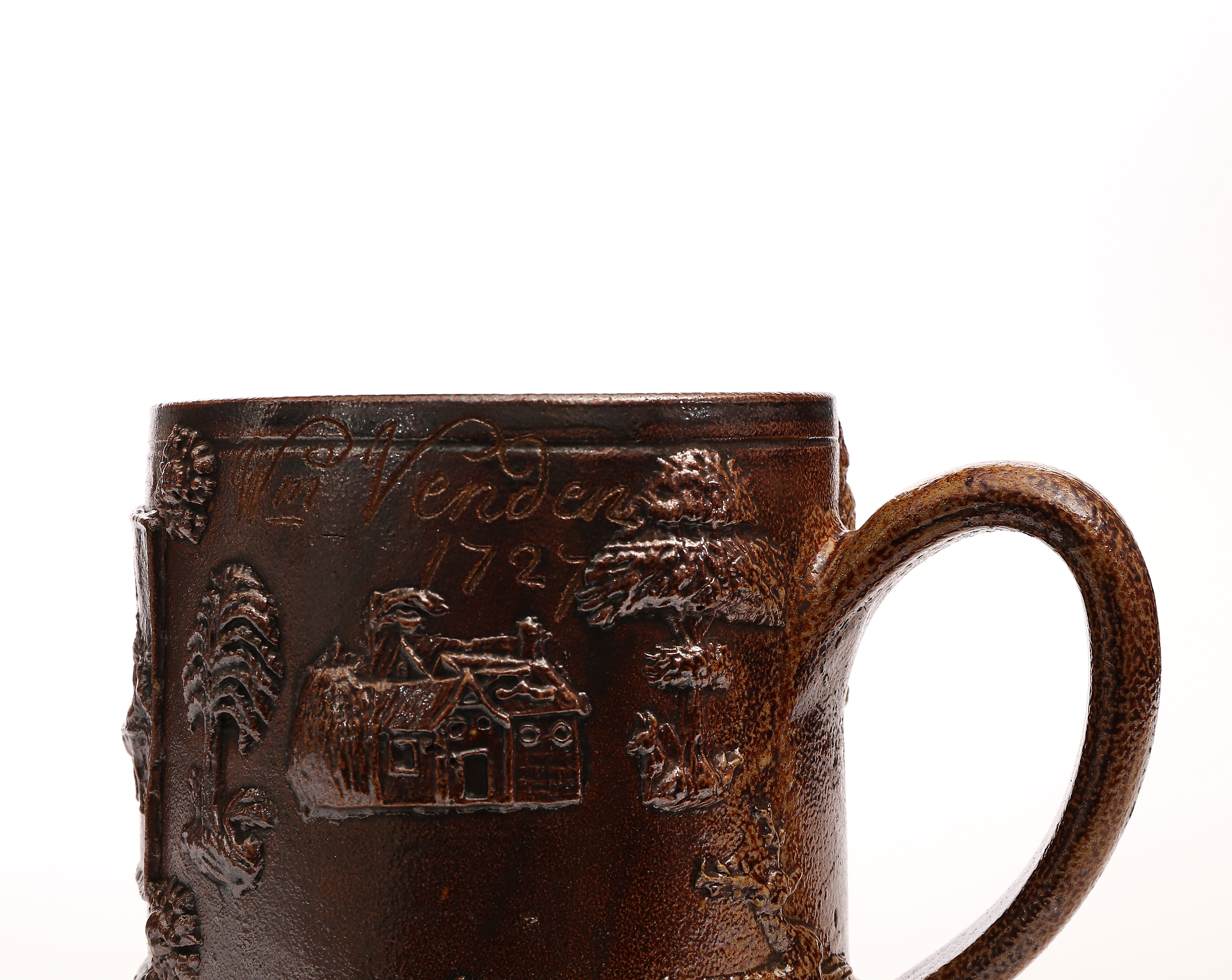 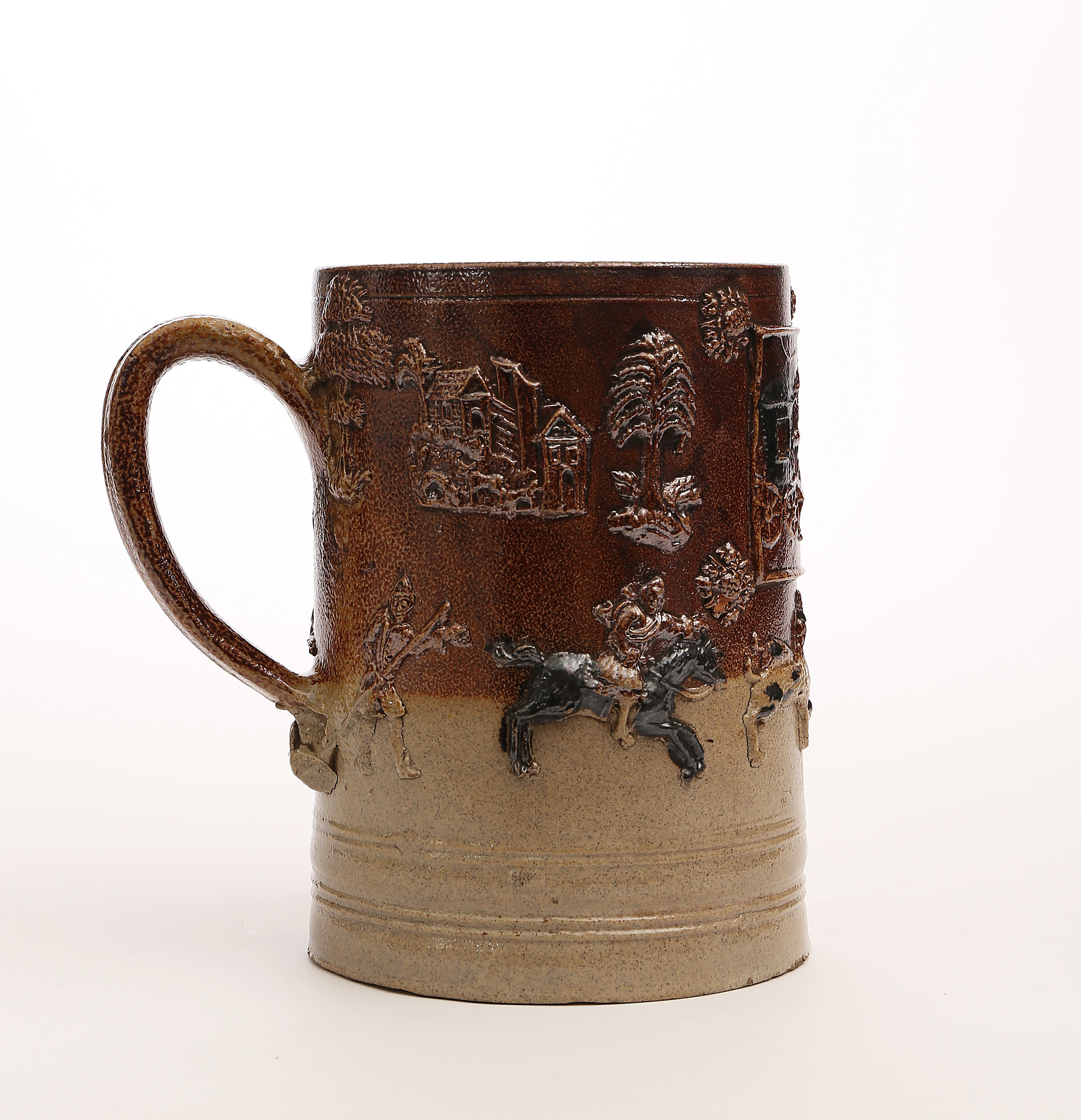 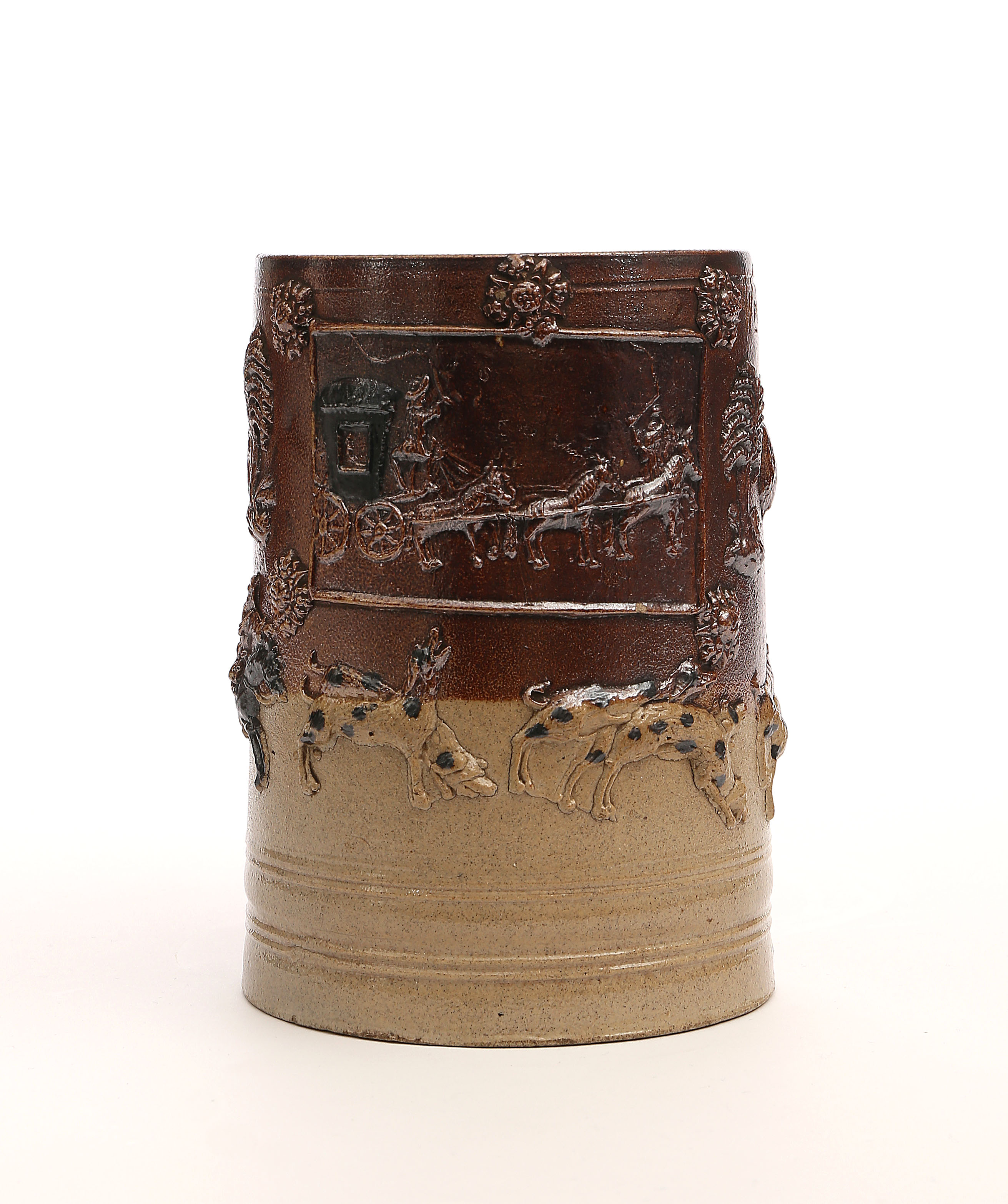 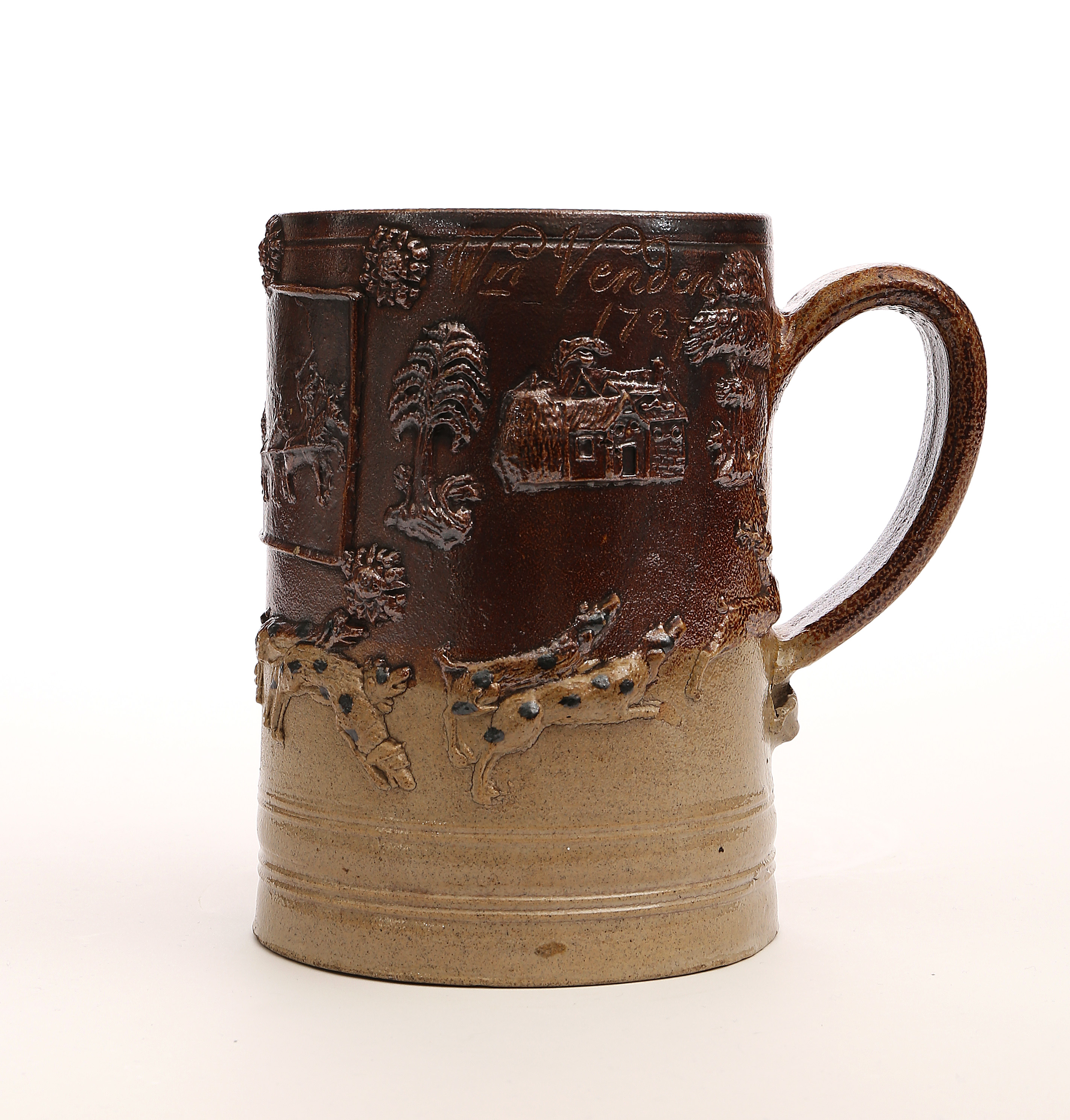 The upper part with a brown glaze, at the front a rectangular panel moulded with a coaching scene flanked by buildings and trees, the lower part with continuous a stag hunting scene with elements highlighted in dark brown.

Wynn Hamilton-Foyn in his paper, ‘Dated Hunting Mugs’, discusses this rare form of decoration and lists two further tankards sprigged with coaching scenes, also dated 1727, with the inscriptions ‘N.S’ (or NJ), and ‘James Presson’ respectively. A Vauxhall mug dated 1727, incised with the name ‘Thomas Johnson’, from the Collection of Stanley J. Seeger, formerly in the Collection of Louis Solon, was sold at Sotheby’s, New York, October 20, 1993, lot 82. As the sprigged hunting decoration on the present mug is in an anti-clockwise decoration the tankard falls into a group labeled ‘Factory B’, which are considered almost certainly to be London, and possibly Fulham.