A PAIR OF WEDGWOOD AND BENTLEY EWERS 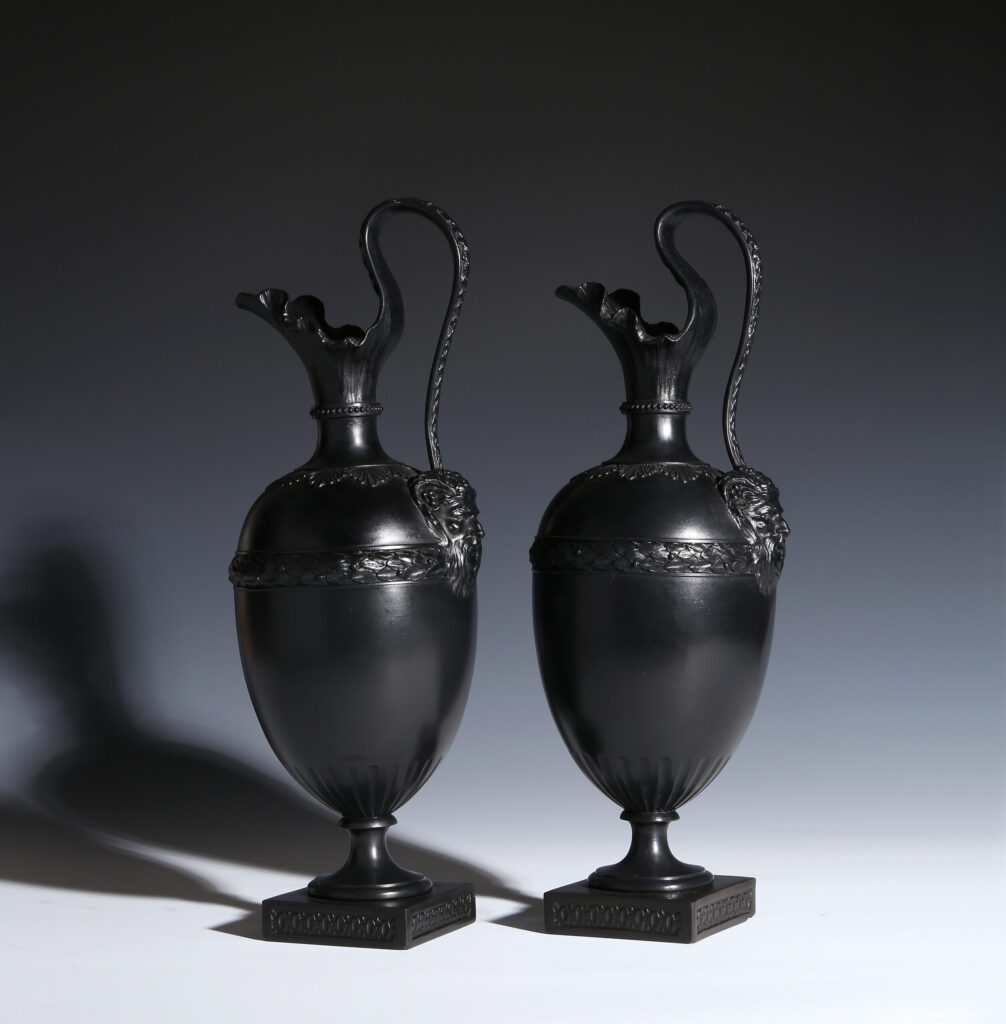 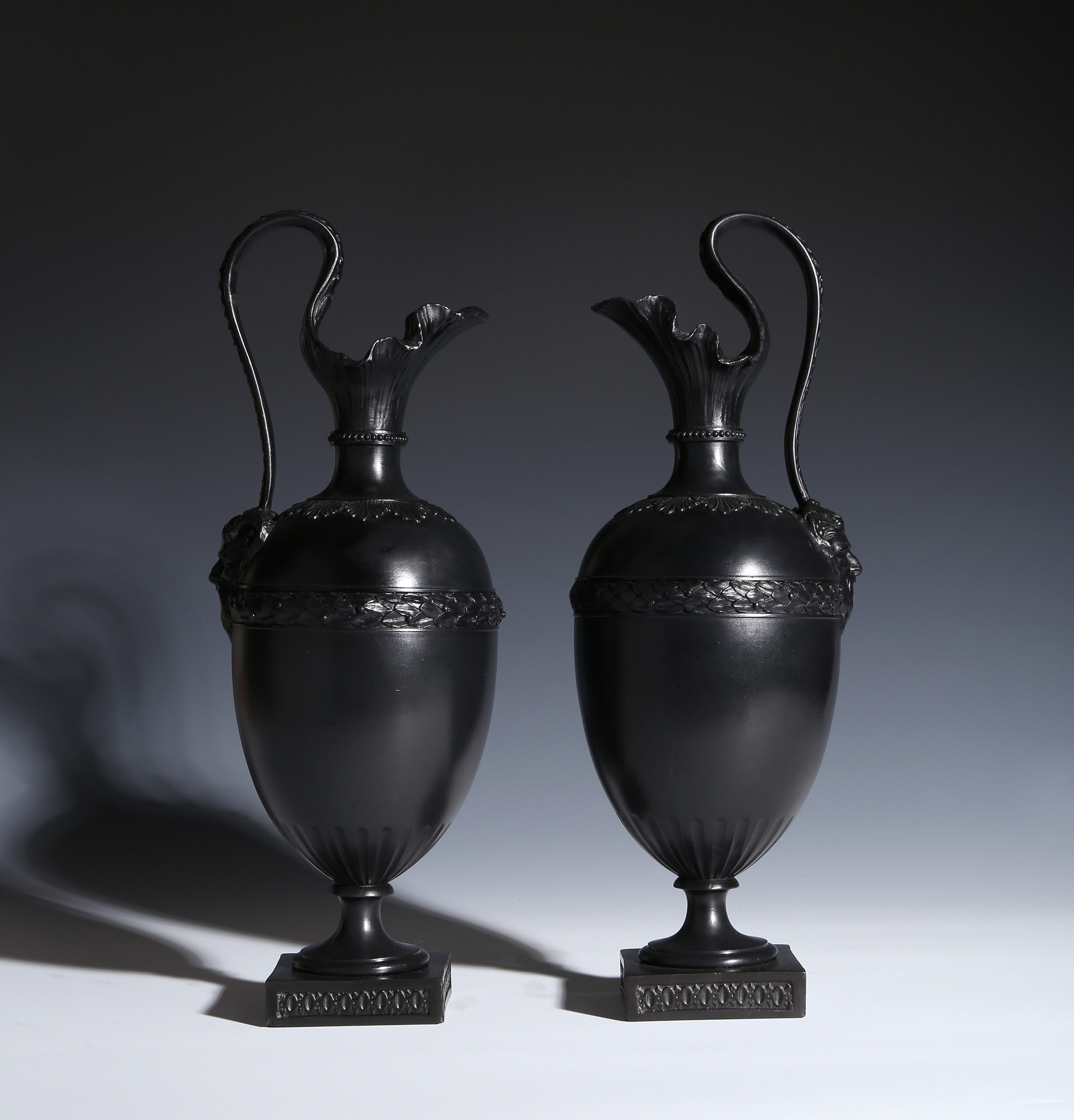 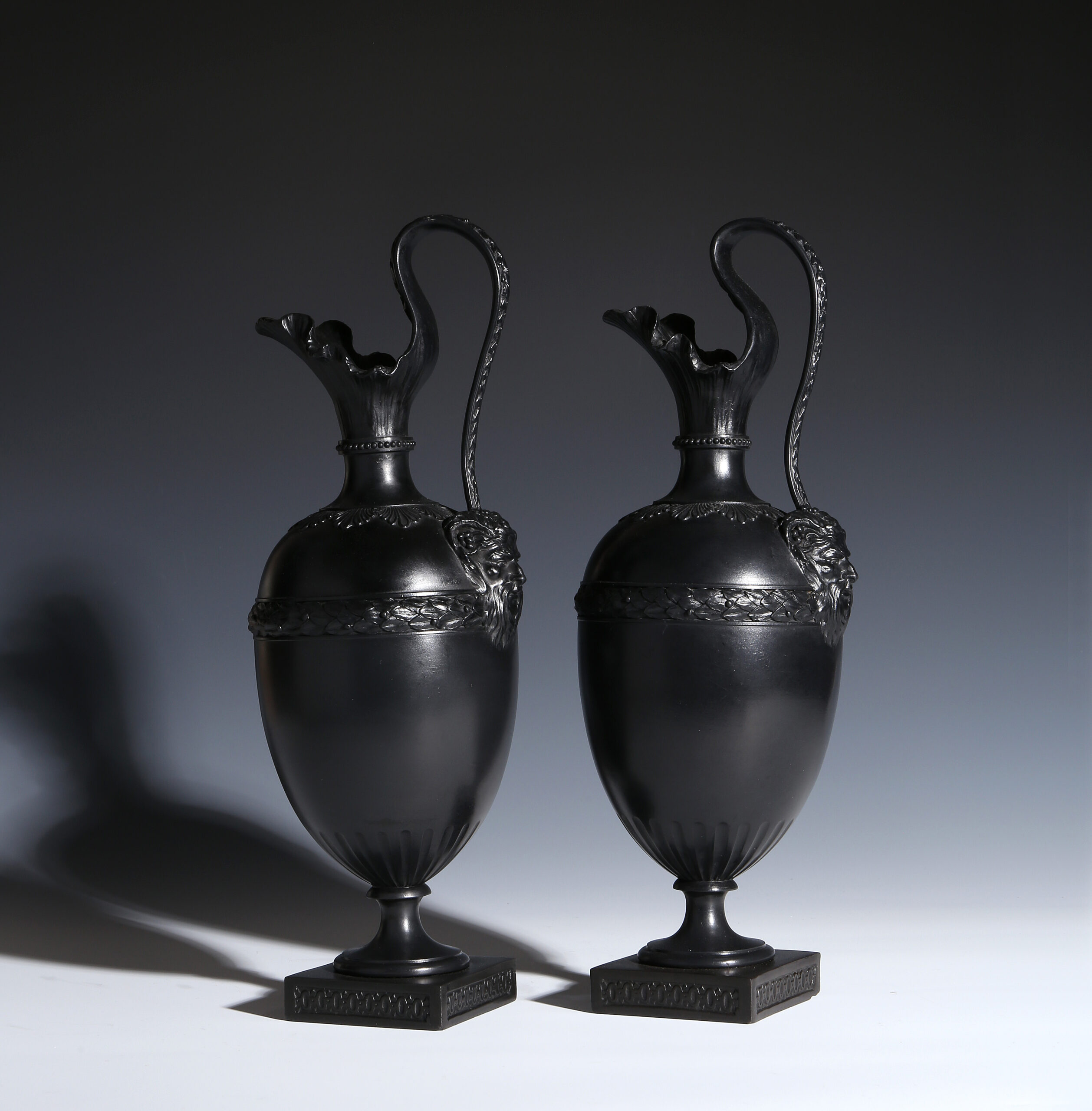 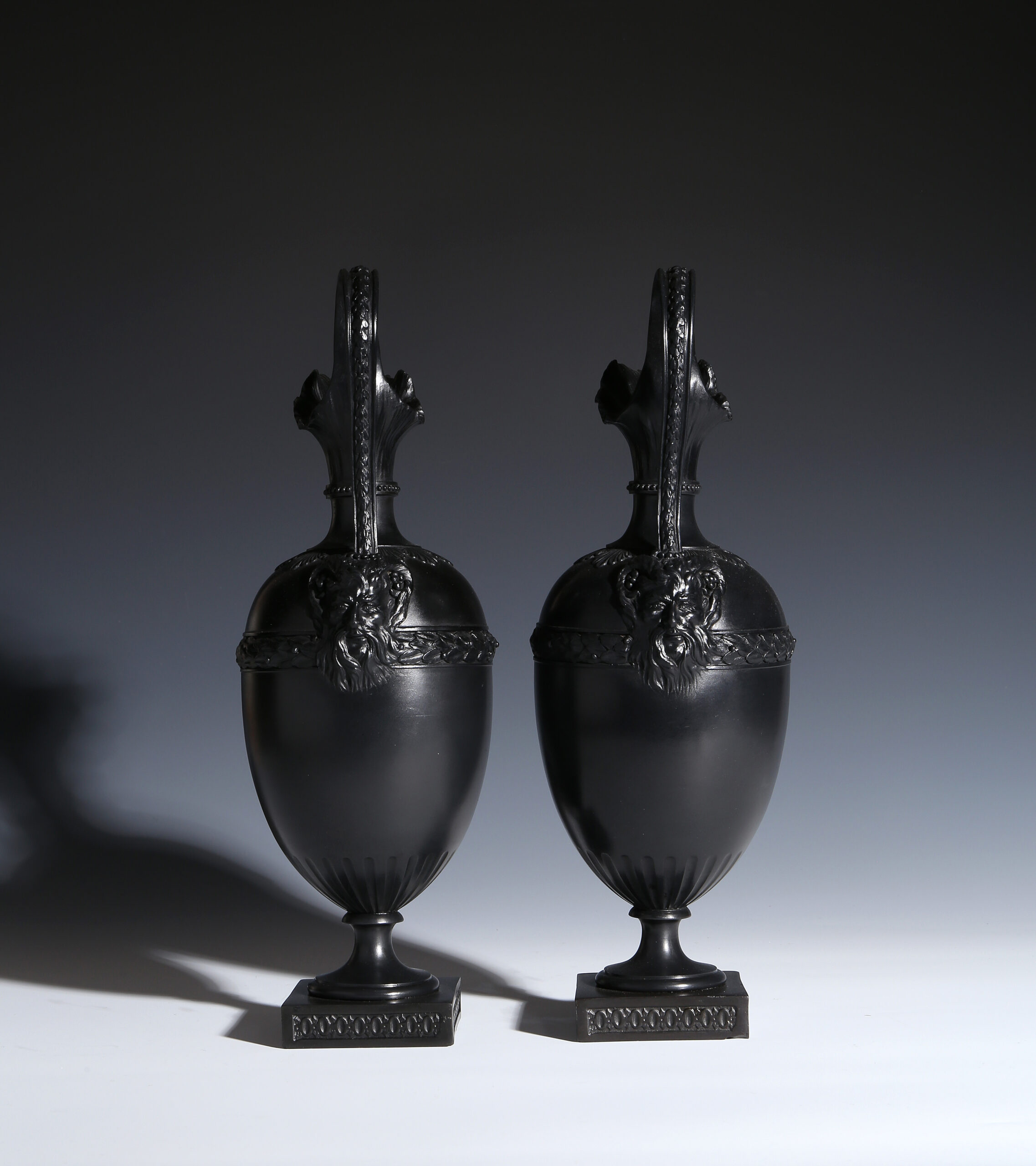 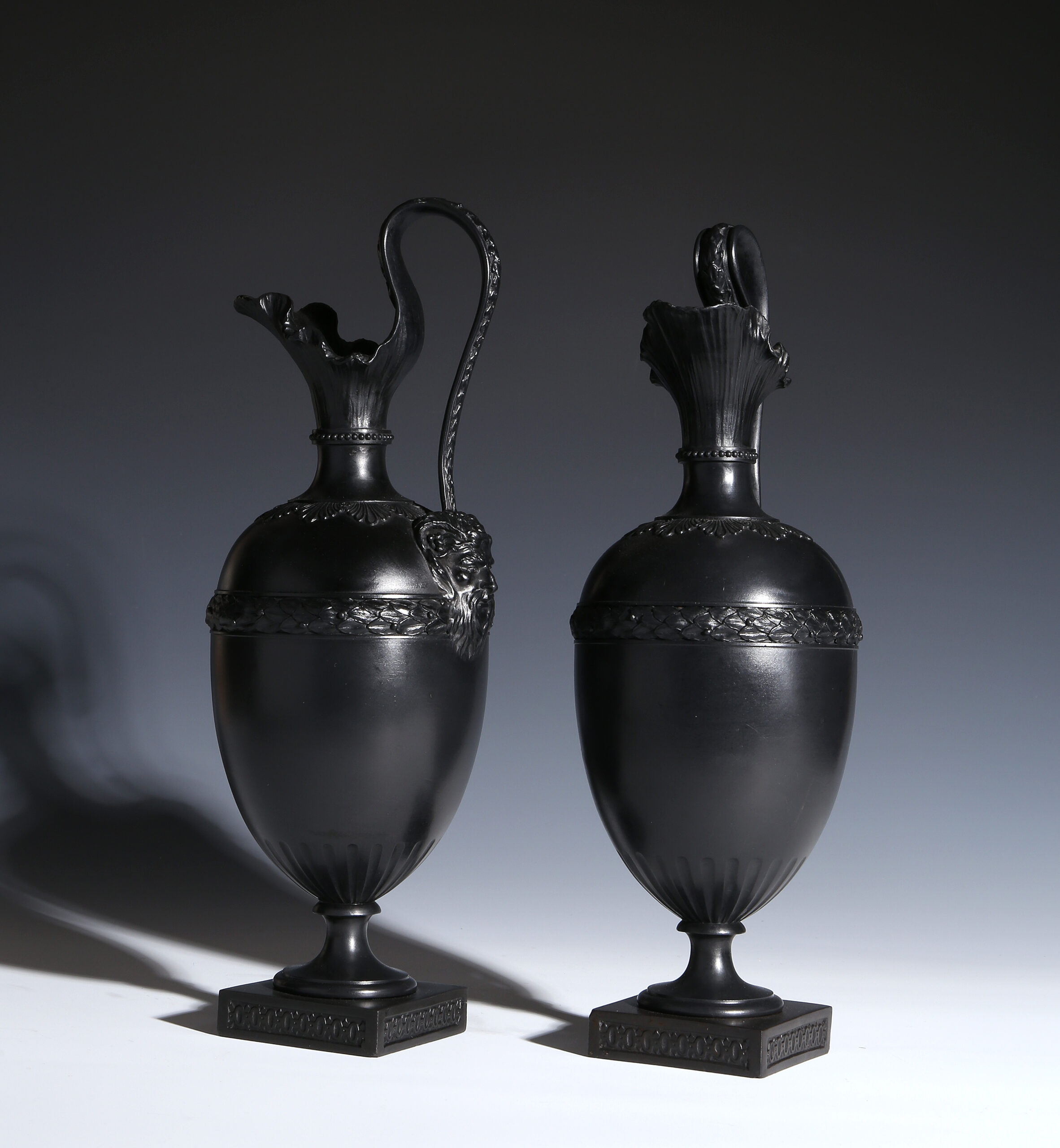 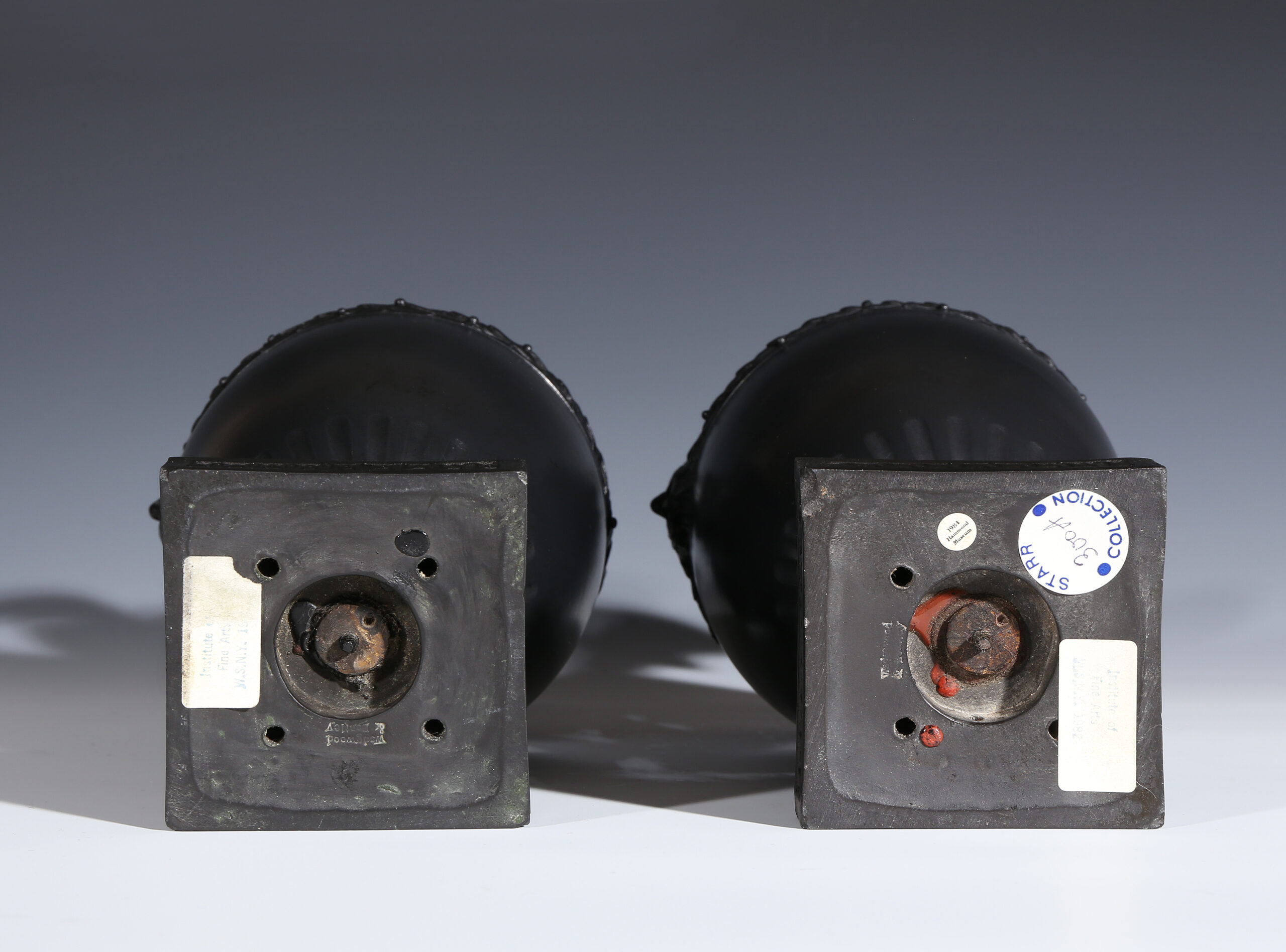 A PAIR OF WEDGWOOD AND BENTLEY EWERS

Of neoclassical form, with foliate spouts and tall looping handles meeting the oval body at satyr’s masks above a band of laurel leaves. Decorated with palmettes at the base of the neck.

Josiah Wedgwood’s vases “After the Antique” were a huge success. He writes to his partner, Thomas Bentley, in January 1769, that ‘an epidemical madness reigns for Vases, which must be gratified’. Josiah records a conversation with his older sister Margaret, Mrs Byerley, in May 1769, who had just visited Wedgwood’s London showroom on Newport Street, who said that there was “no getting to the door for Coaches, nor into the rooms for Ladies & Gentn. & Vases, she says, Vases was all the cry” (Gallagher, 2020, p. 203).

In 1773, Wedgwood and Bentley produced their first printed catalogue of ornamental wares, in which they describe ‘a fine Black Porcelaine, having nearly the same properties as the Basaltes, resisting the Attacks of Acid; being a Touchstone to copper, Silver and Gold, and equal in hardness to Agate or Porphry’.

The material is a high fired stoneware, which Wedgwood describes in a letter to Bentley as being ‘fired ‘till they become almost glass.’ While extremely popular, he did have to concede that it was unusually expensive, saying that not ‘one in 6 [was] good’.

He also had problems with the finish of his black basalts, saying ‘it is impossible to make the surface of the black vases always alike’, but produced a solution achieved by burnishing the pieces. He is also said to have polished his wares and is known to have used a variety of finishes to achieve different effects.

A pair of similar but smaller ewers are illustrated by Robin Reilly in Wedgwood: Volume 1 (p. 403, fig 544).