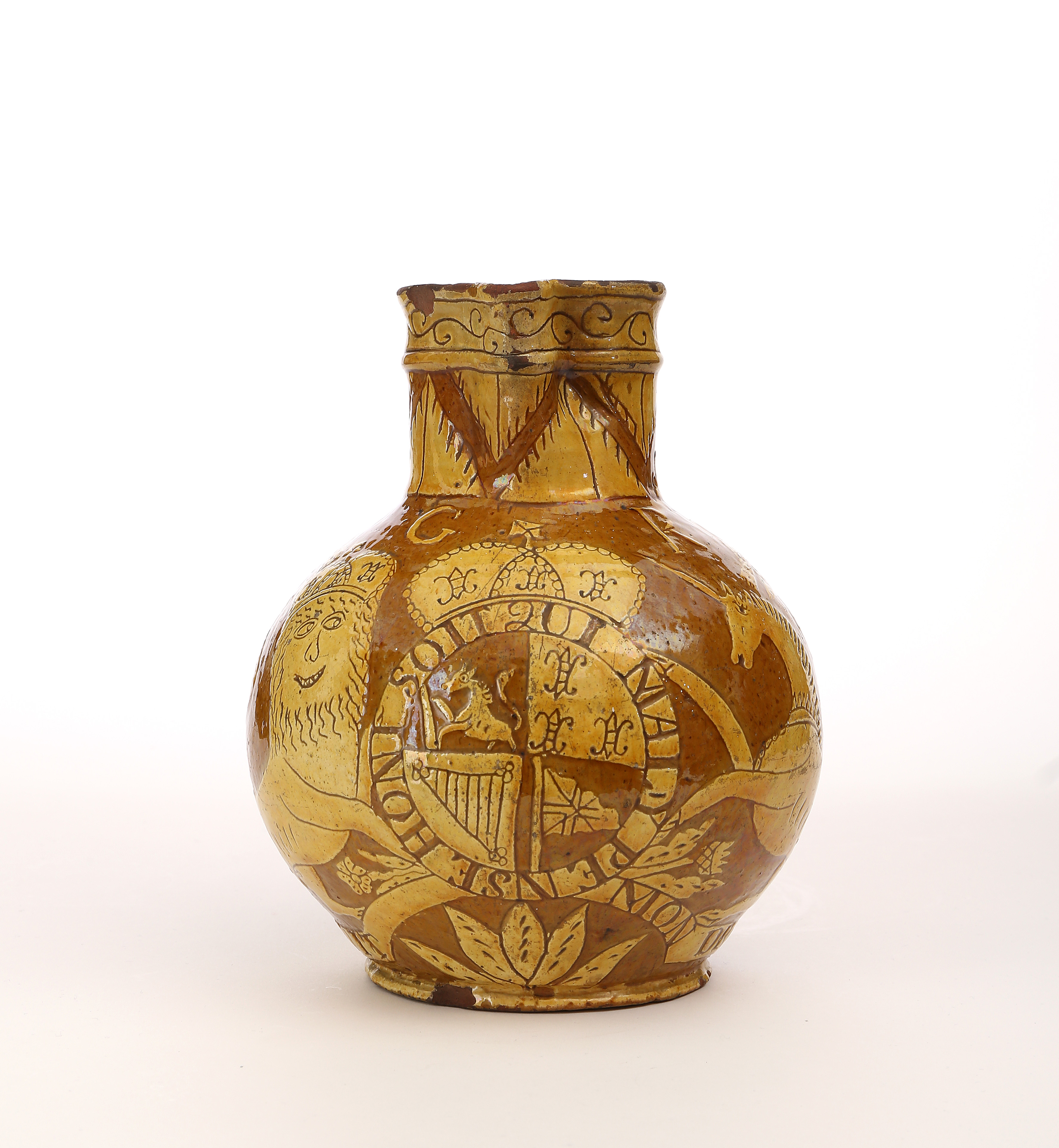 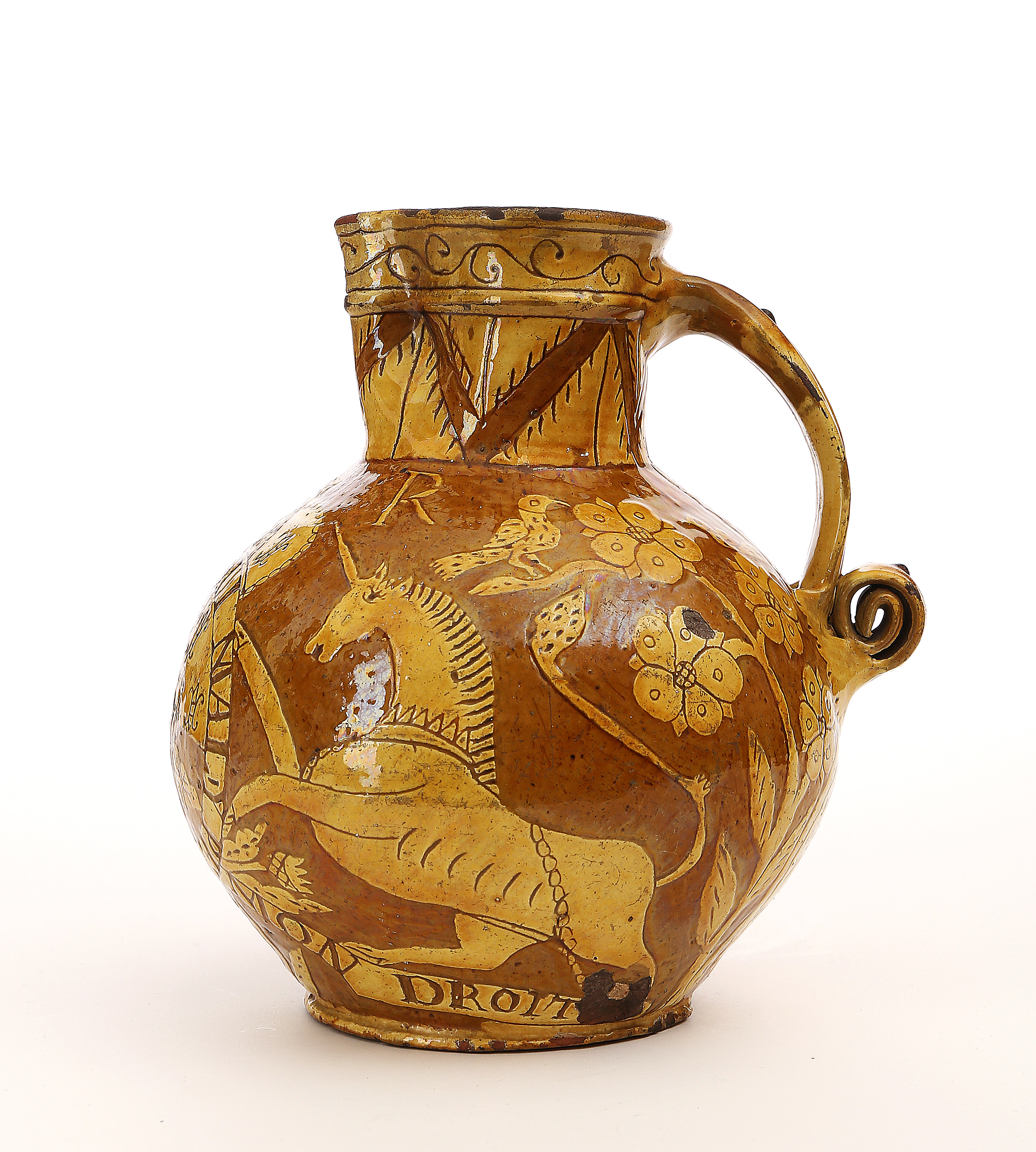 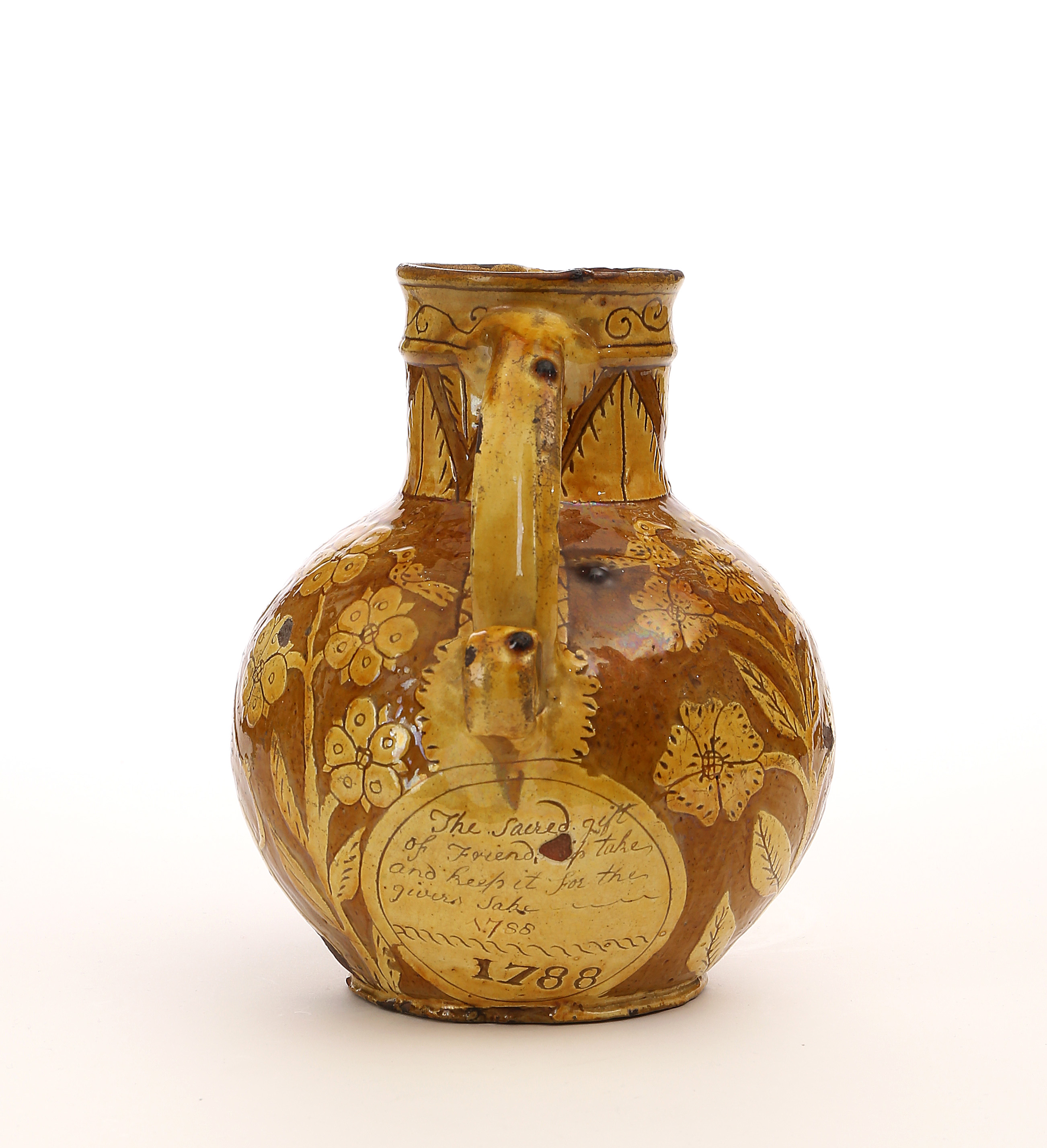 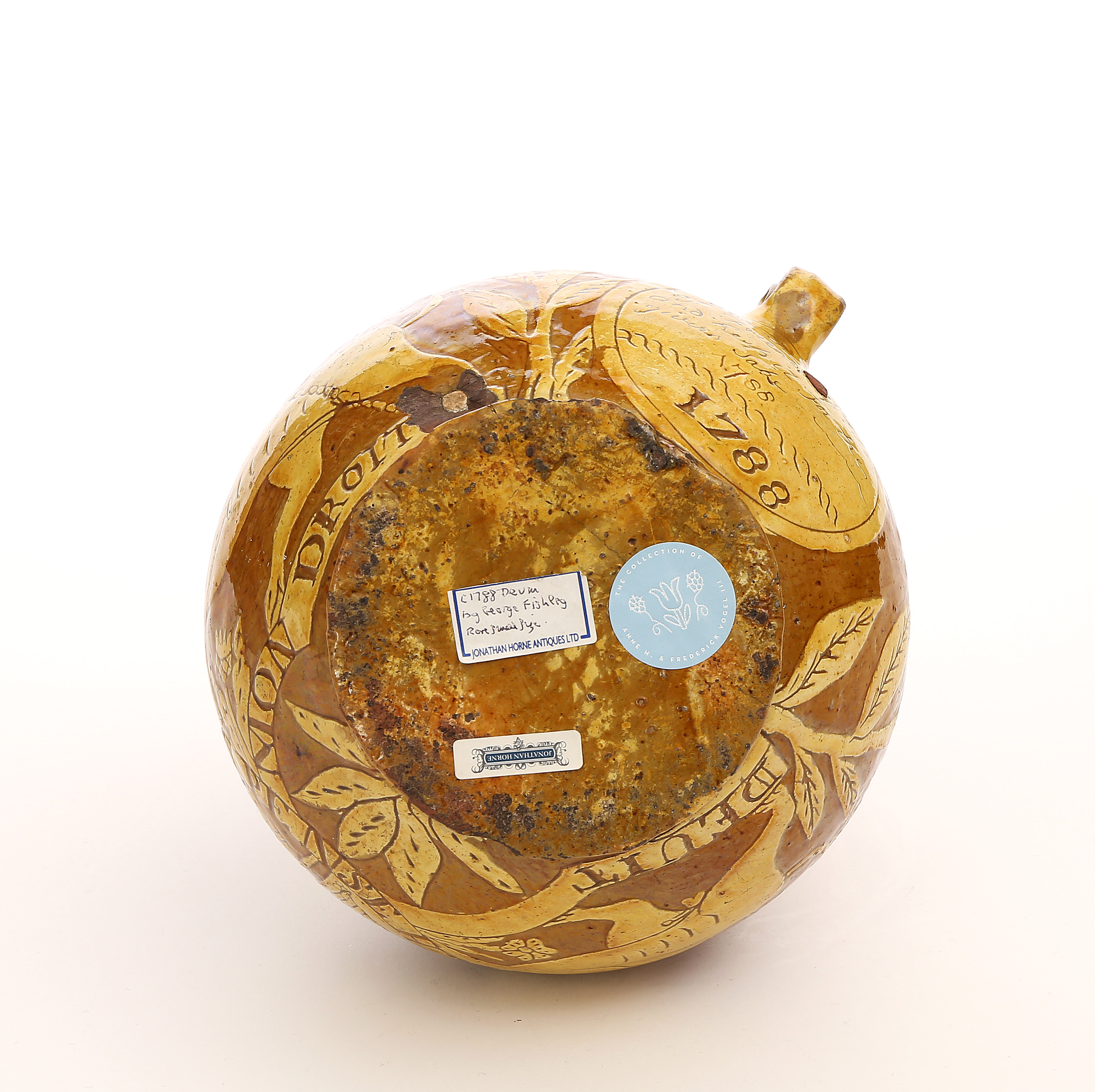 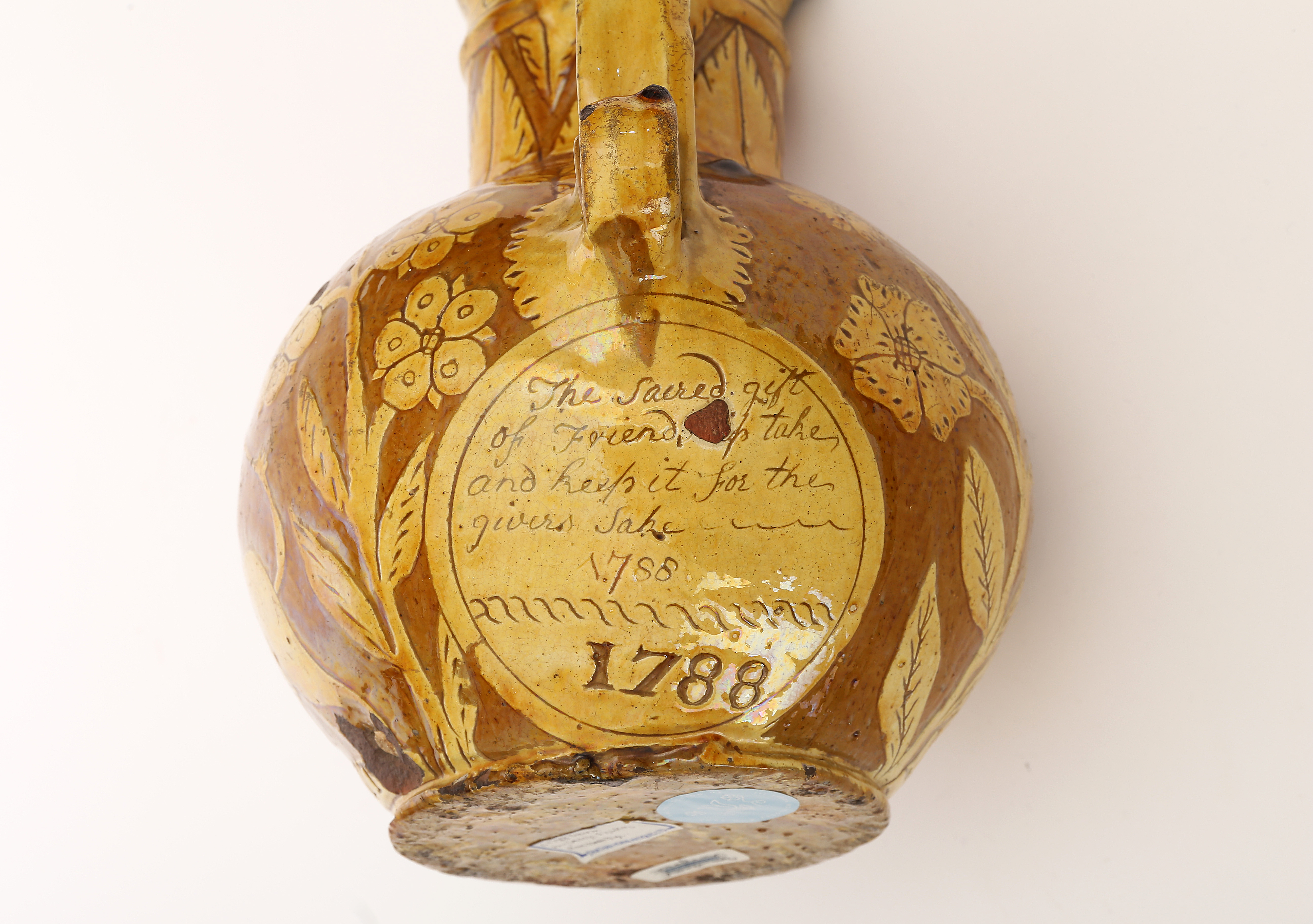 Incised under a lead glaze through a white slip to the brown body with the Royal Arms within the Garter surmounted by the crown and GR for George III, flanked by lion and unicorn supporters and carnation sprays.

Under the handle is a message to the recipient: “The sacred gift of friendship take/ and keep it for the giver’s sake/ 1788/1788”

Leslie Grigsby states that “More than a dozen eighteenth-century Royal Arms jugs are known, some with dates from as early as the 1730s” (Grigsby p.144).

The Metropolitan Museum of Art has larger similar jug (Accession No: 69.47.2) dated 1781; another example was in the Longridge Collection dated 1791.

Jonathan Horne suggests that this jug was probably made by George Fishley, however there were a number of potters making these types of wares in Devon and very few signed pieces. One piece that bears certain similarities to this one in the Longridge Collection (Grigsby, p146) is signed indistinctly by John Burlett/John Phillips Pott in Bideford.

Condition:
No restoration, minimal losses to glaze, three chips to the body and some chipping to the rim.

References:
Jonathan Horne, ‘A Collection of Early English Pottery’, Part XX, cat. no. 579
Leslie B. Grigsby, The Longridge Collection of English Slipware and Delftware, 2000, vol. I