A WEDGWOOD AND BENTLEY BLACK BASALT LIBRARY BUST OF CATO 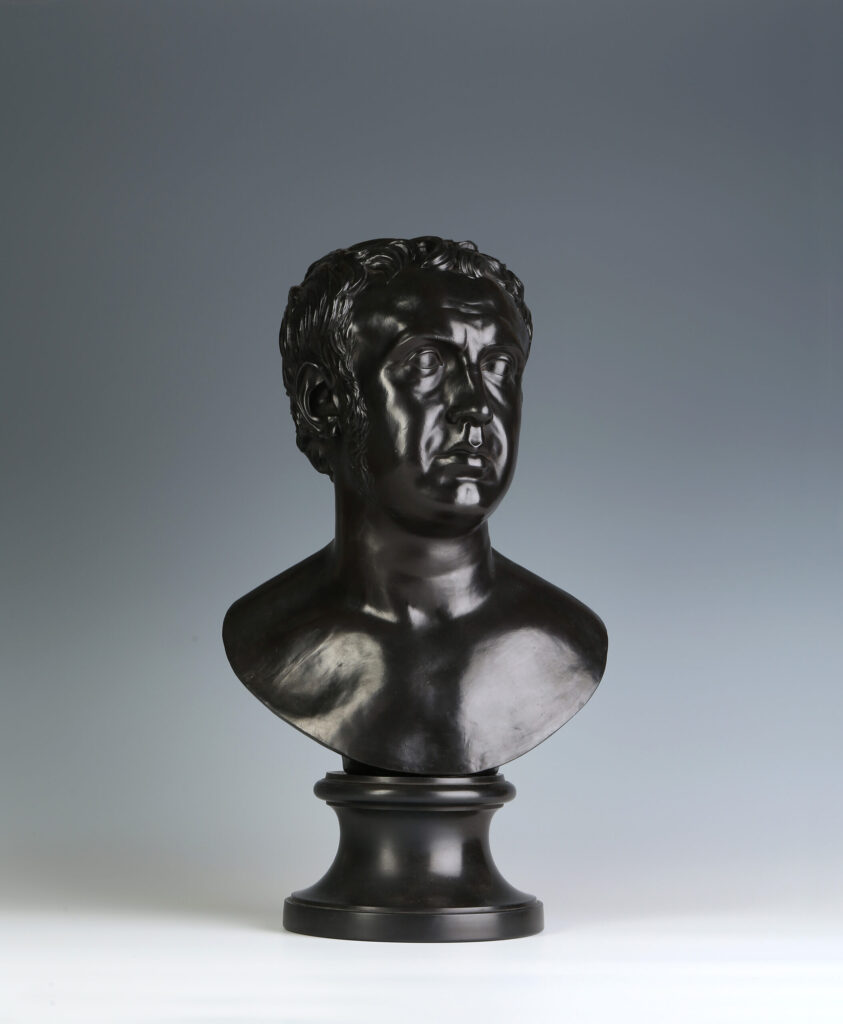 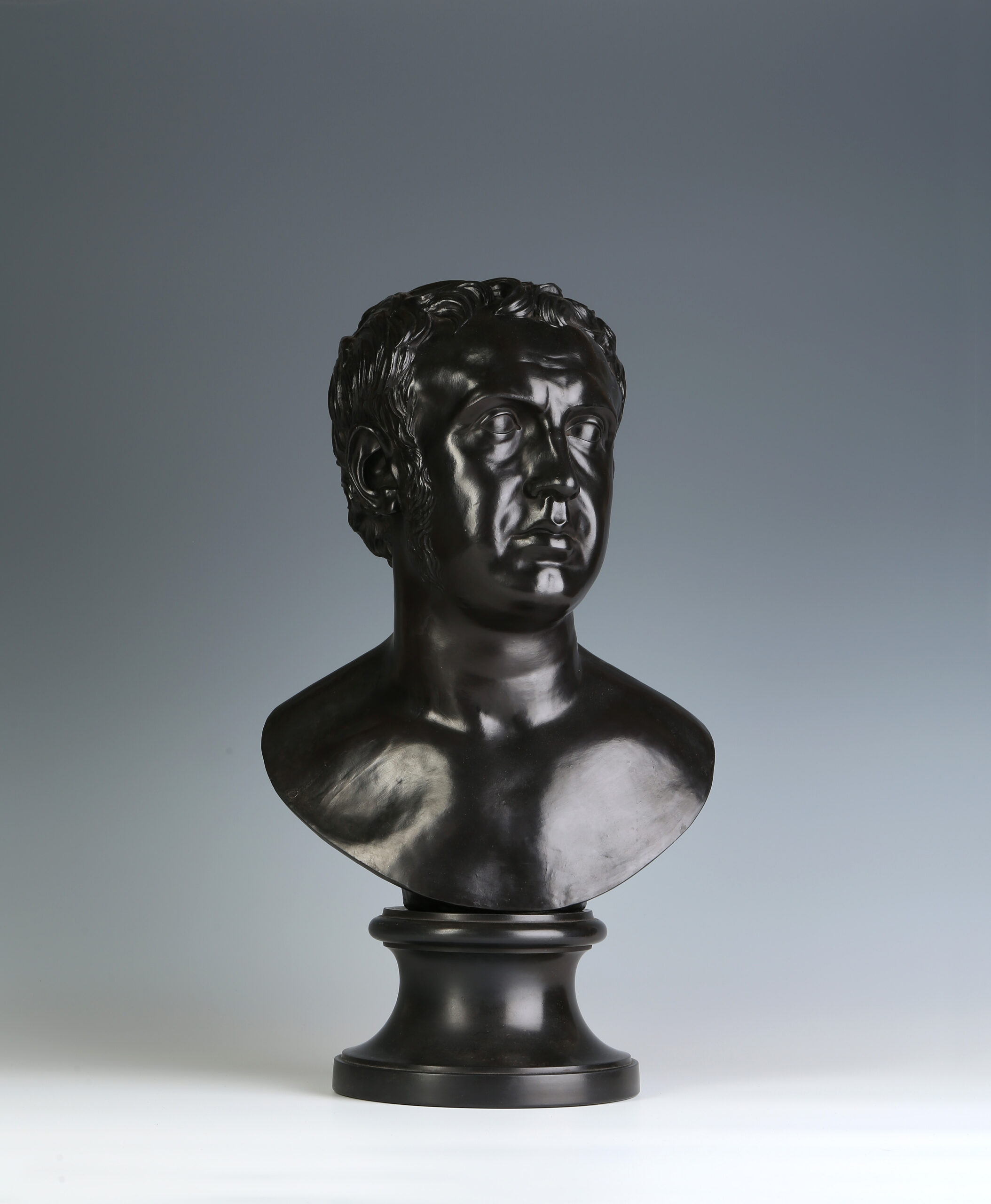 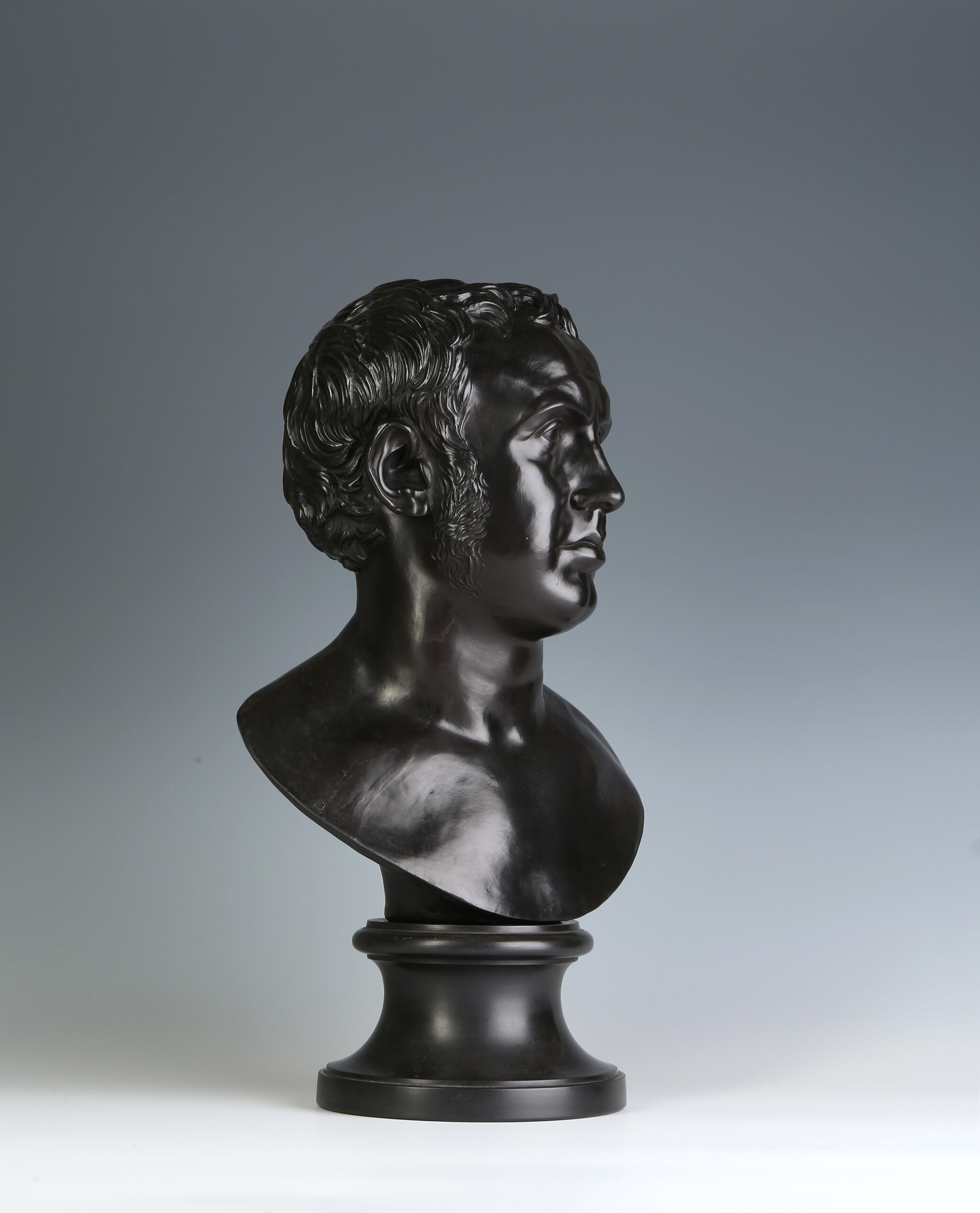 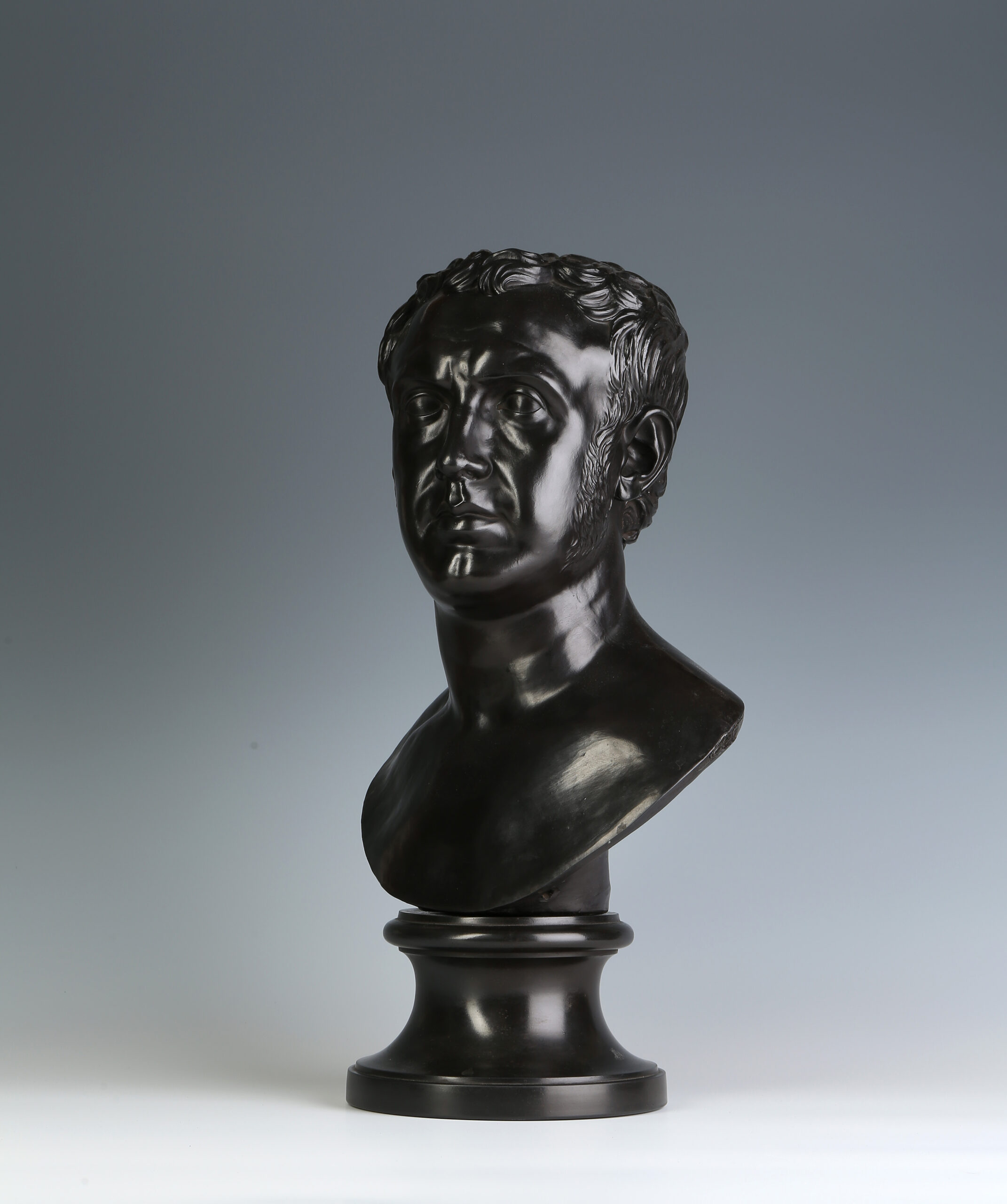 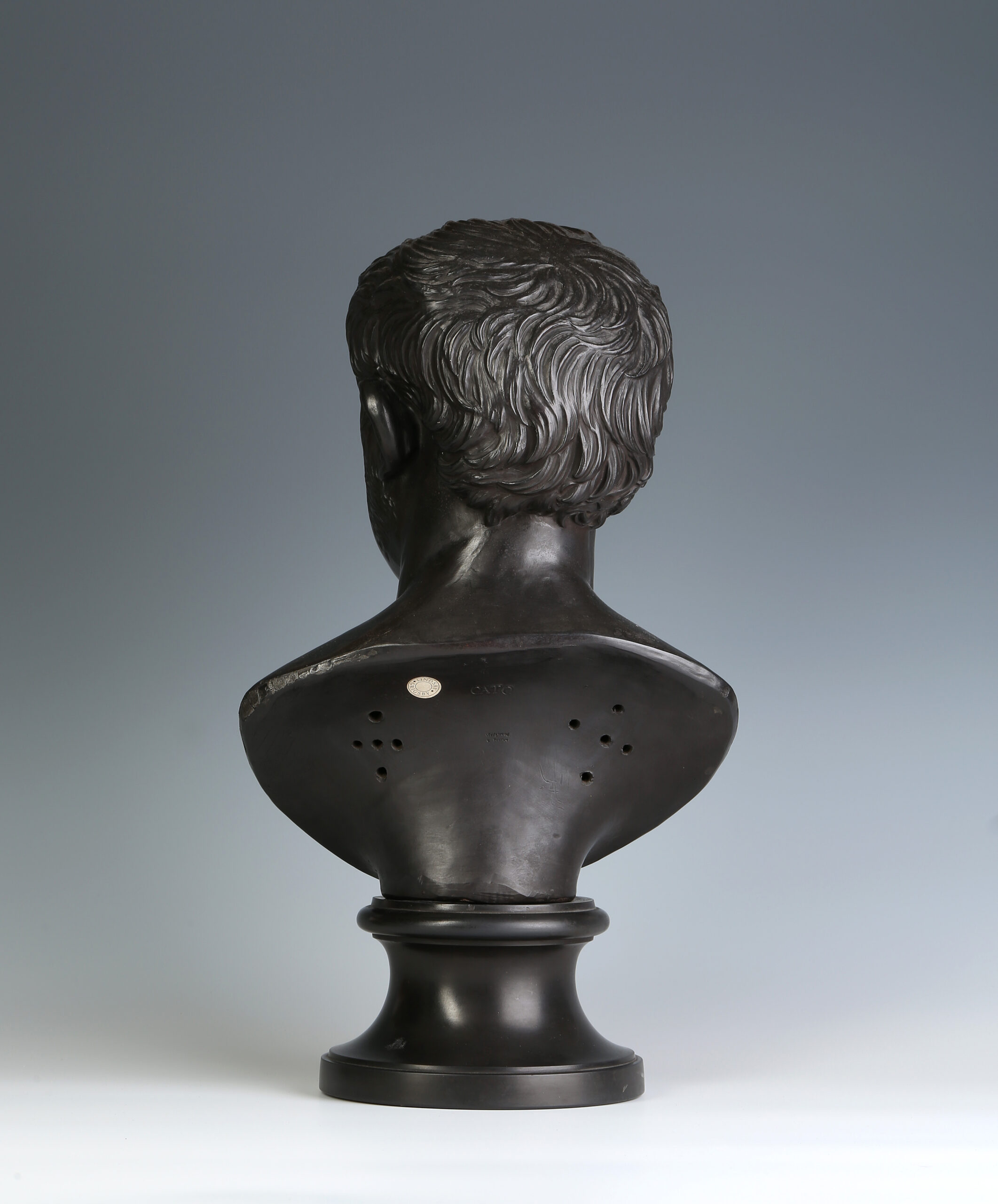 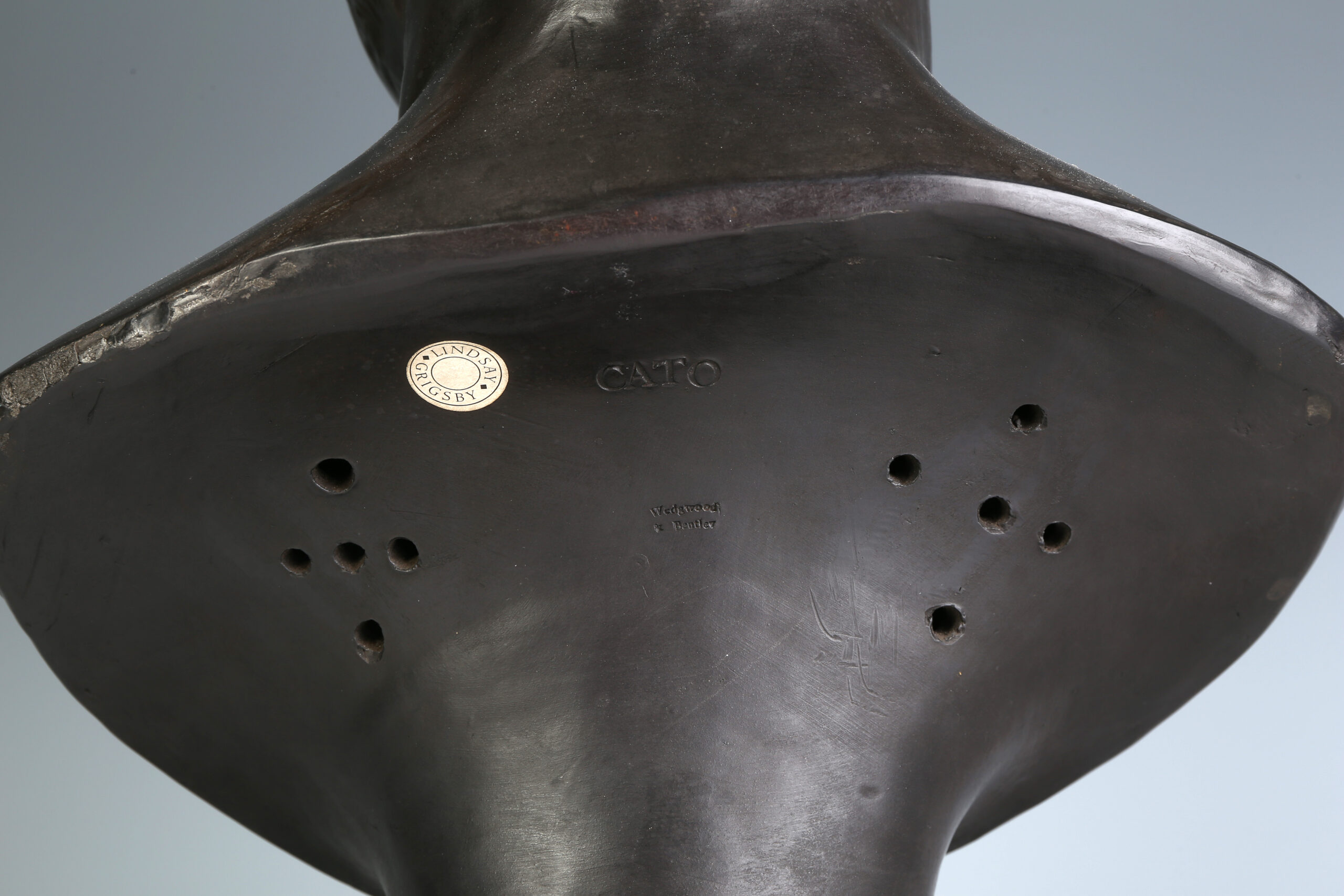 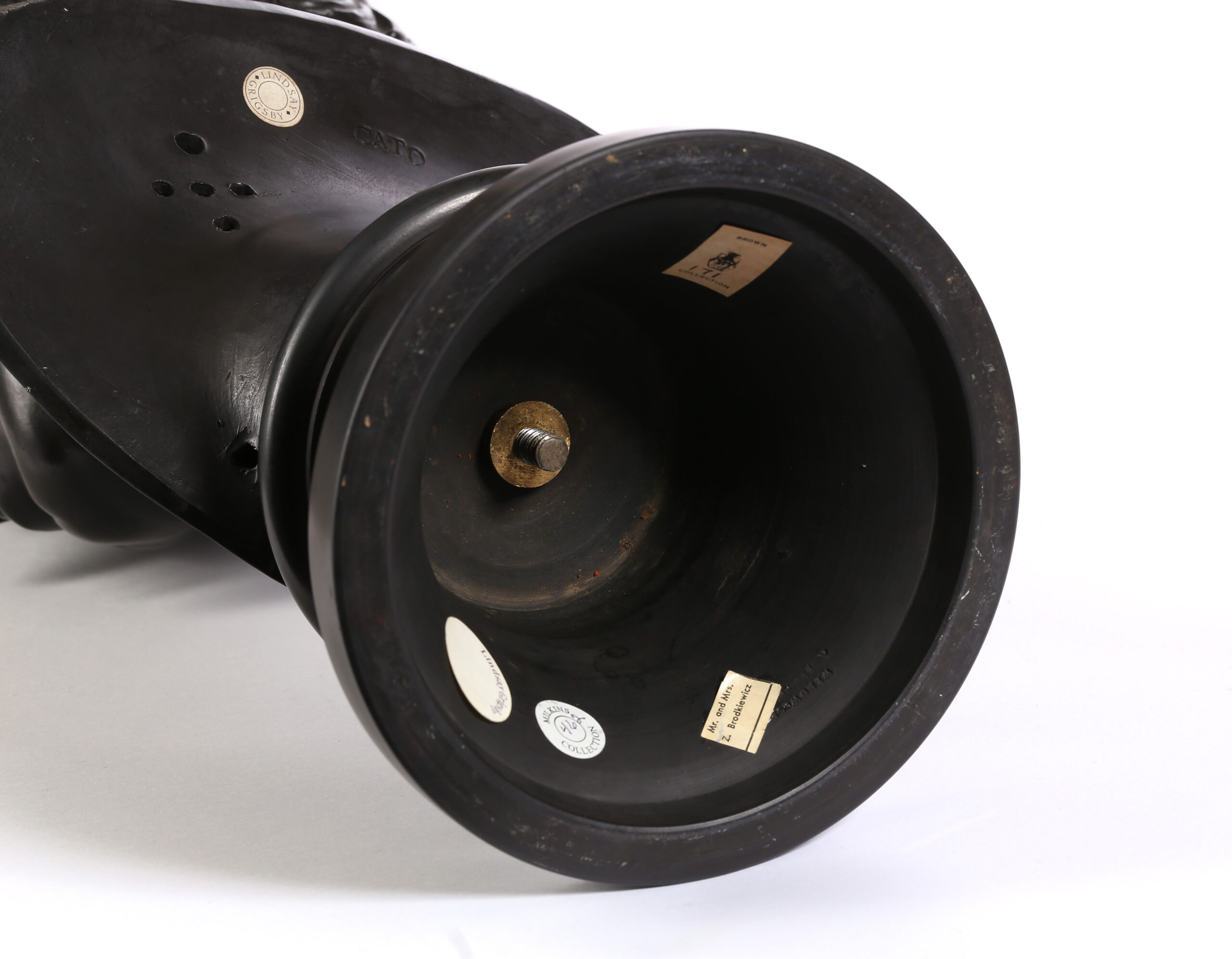 A WEDGWOOD AND BENTLEY BLACK BASALT LIBRARY BUST OF CATO

Marcus Portius Cato, Cato the Younger, (95 BC- 46 BC), was a military commander and conservative Roman senator.  He was a follower of Stoic philosophy and consistently stood against Julius Caesar. Cato committed suicide rather than submit to Caesar when he was about to invade Utica, where Cato was in power. He was admired in Rome and in 18th century England as paragon of civic virtue.

Josiah Wedgwood obtained a plaster bust of Cato for £1.1.0, along with twenty-two others, from the firm of Hoskins and Grant of London for which he was invoiced on 21st March 1774.  It was refined by chief modeler William Hackwood and first listed in the Wedgwood and Bentley trade catalogue of 1774.

The model is taken from a bust which the renowned Roman sculptor, dealer and restorer Bartolomeo Cavaceppi (circa 1716-1799) sold to Prince Johann Georg of Anhalt Desau (1748-1811), who was himself a great patron of Josiah Wedgwood, in 1766. 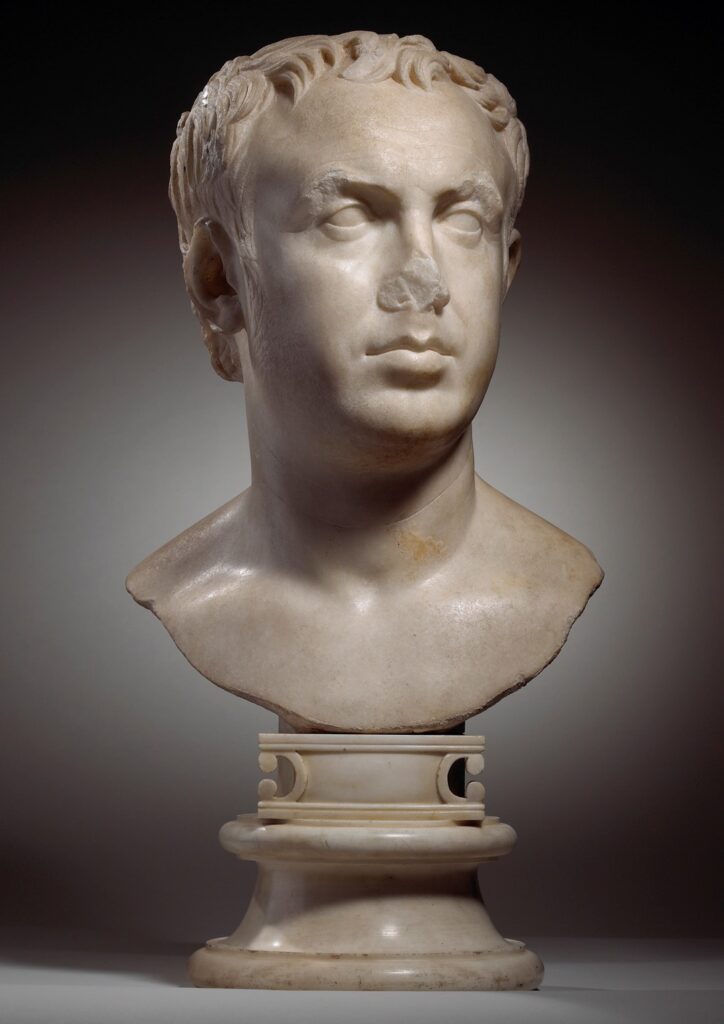 Cavaceppi described the bust as Cato and published it in his Raccolta d’antiche statue (vol. 2, pl.15) as Catone. The true identity of the subject is not known and, as with many of Cavaceppi’s works there was doubt as to its authenticity, but subsequent studies have established that it is indeed ancient (Pfeiffer 2006, pp. 57-58). It was restituted to the heirs of the Anhalt-Dessau family in 2007 and sold by Tomasso. 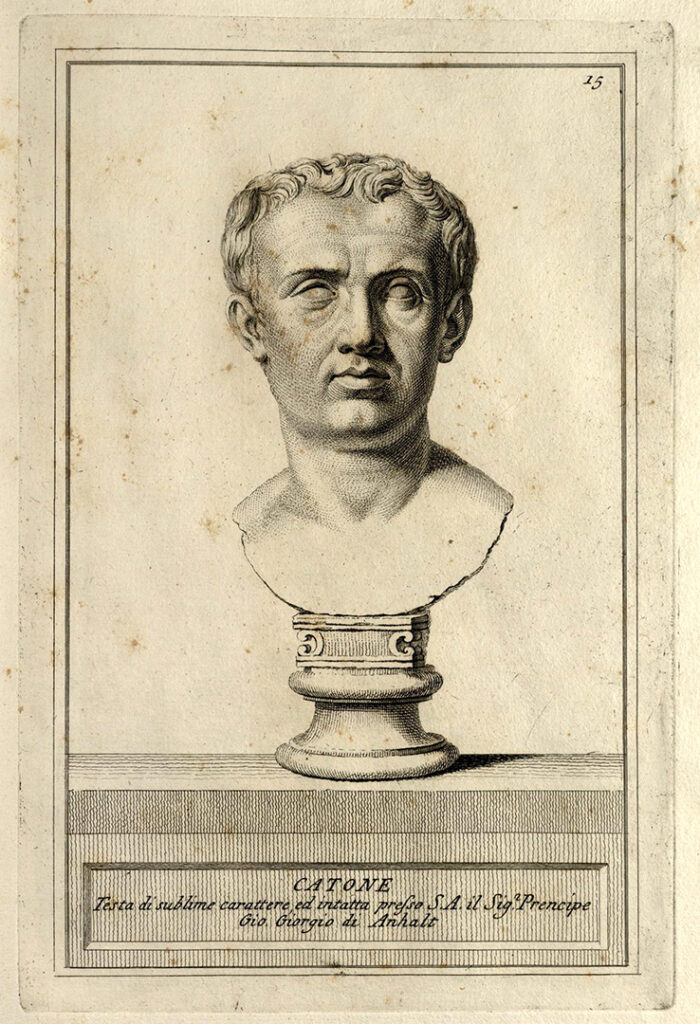 For the example from the Rathbone collection see Grant 1910, pl. XXXIV, no. 2.

Condition:
Minute chip to rim of socle and shoulder