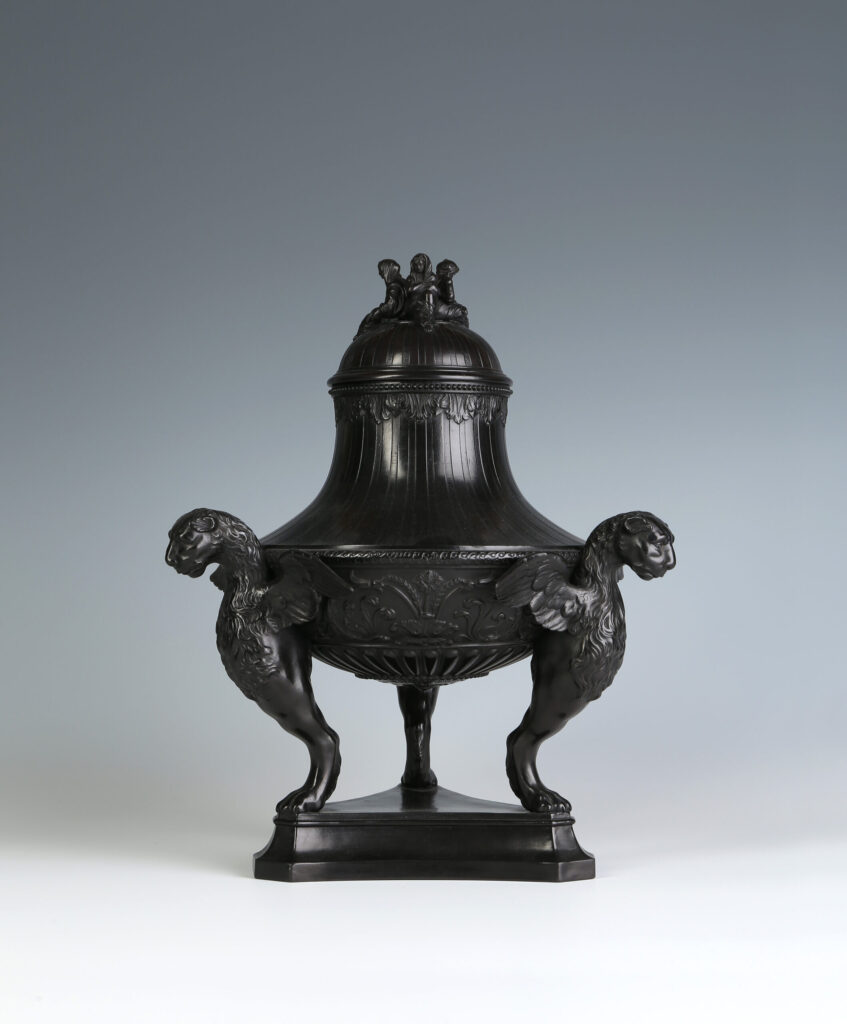 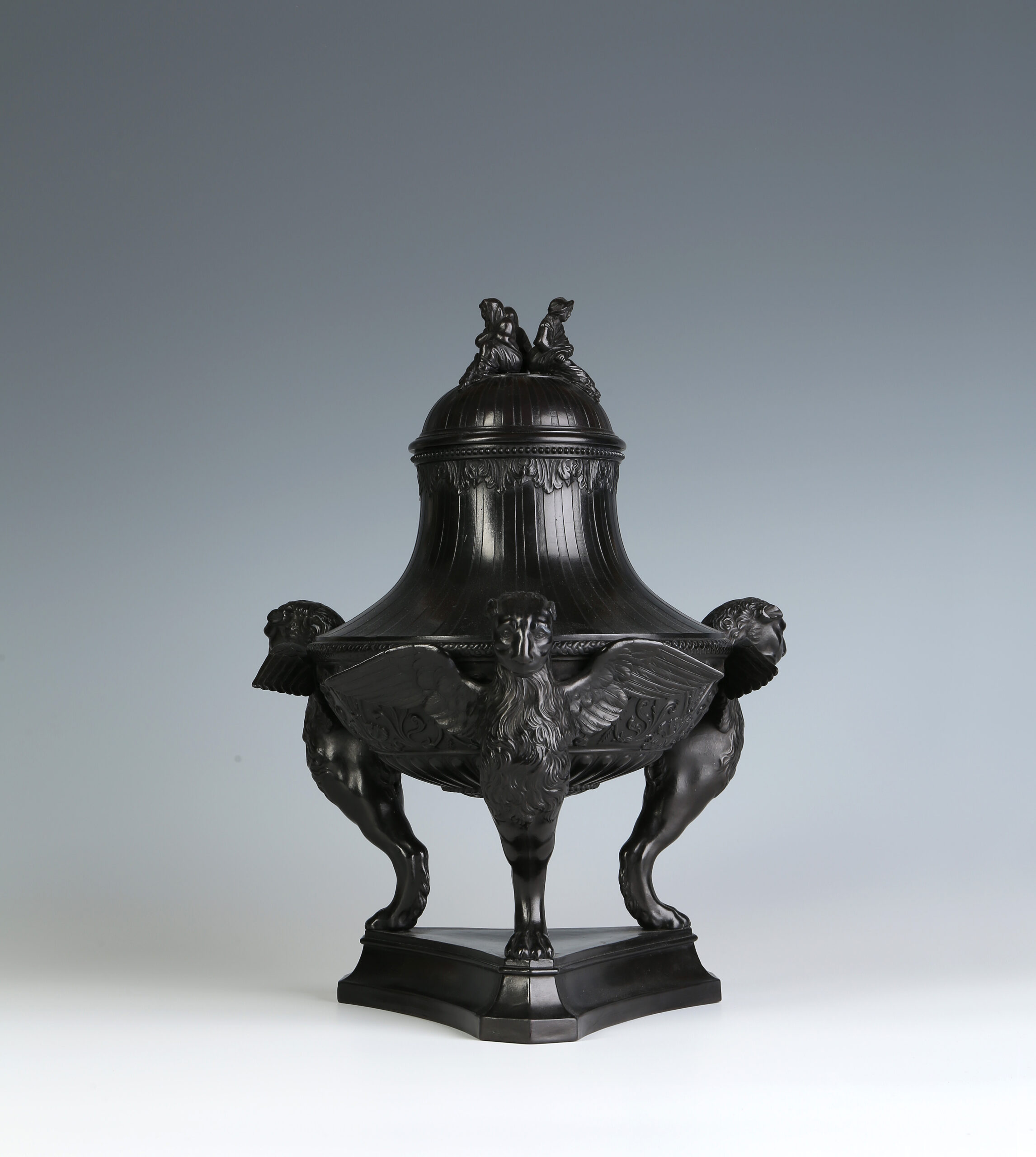 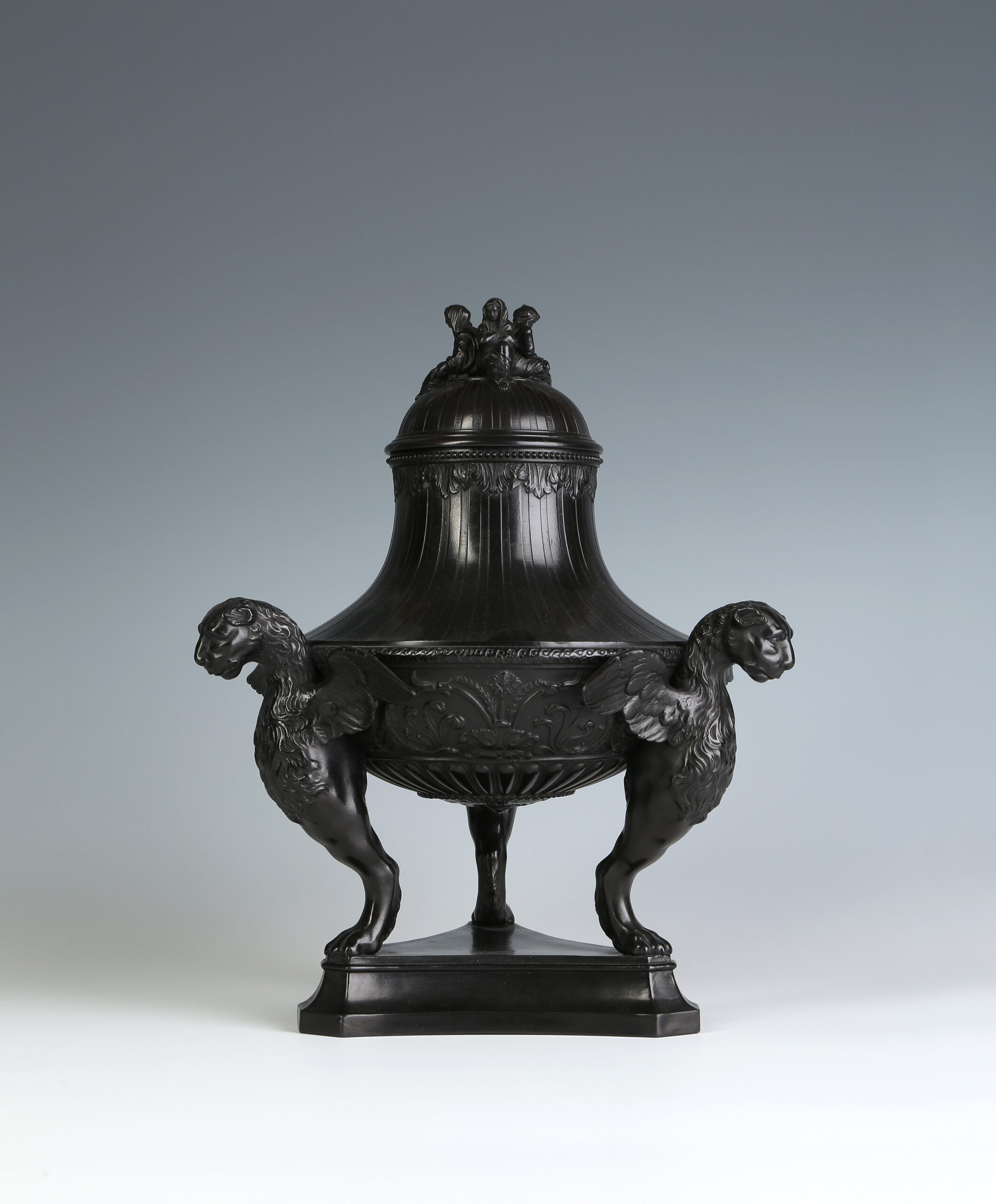 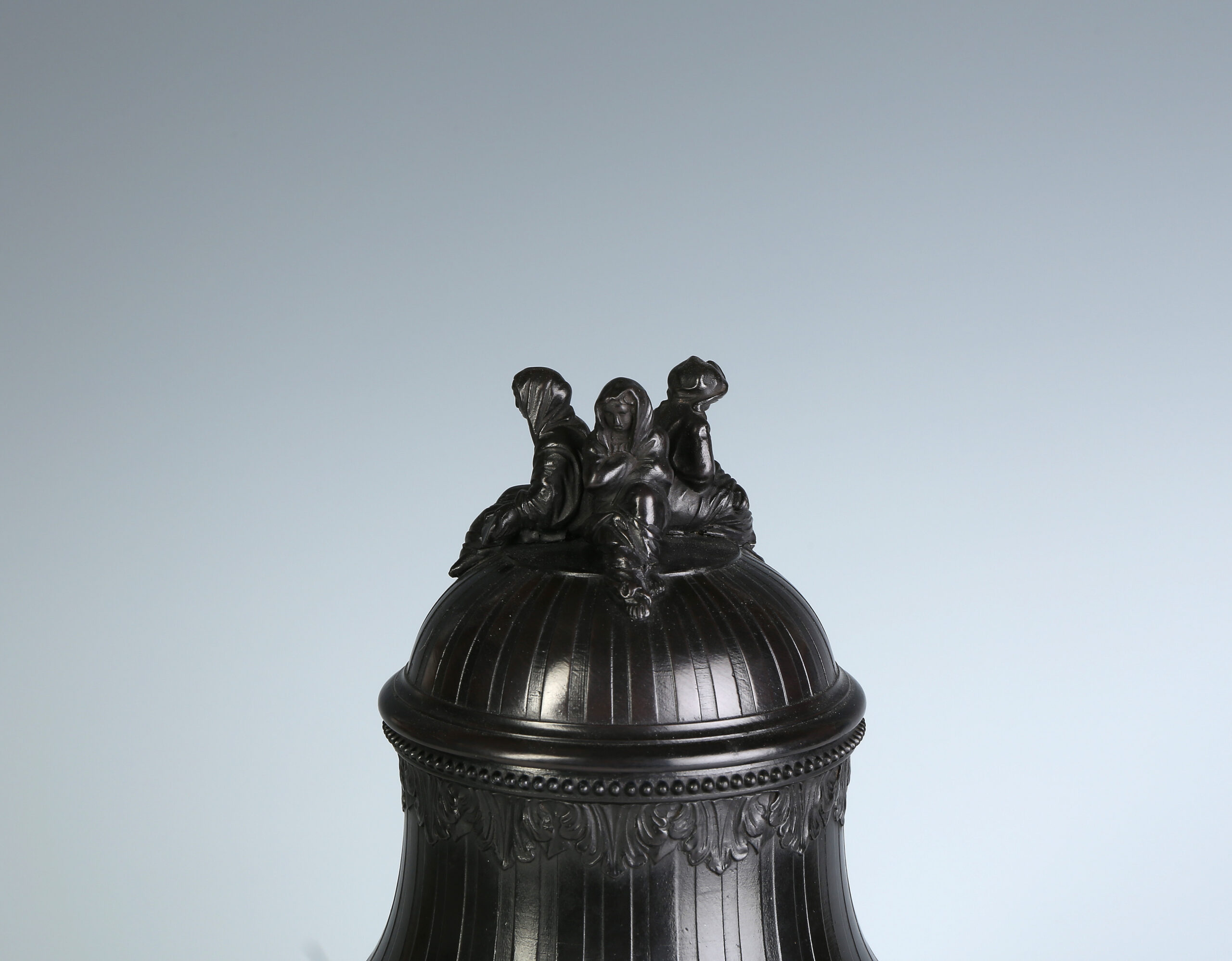 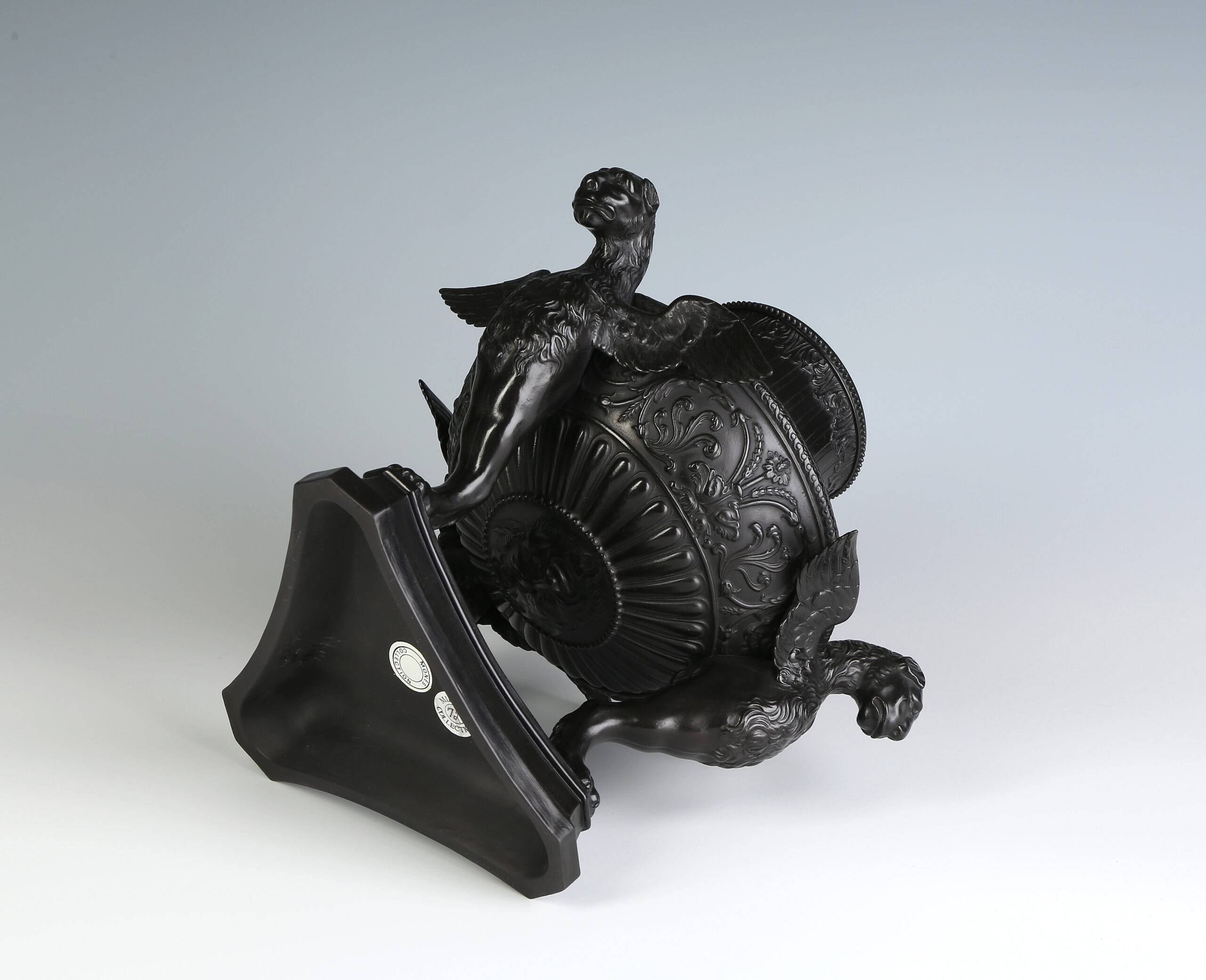 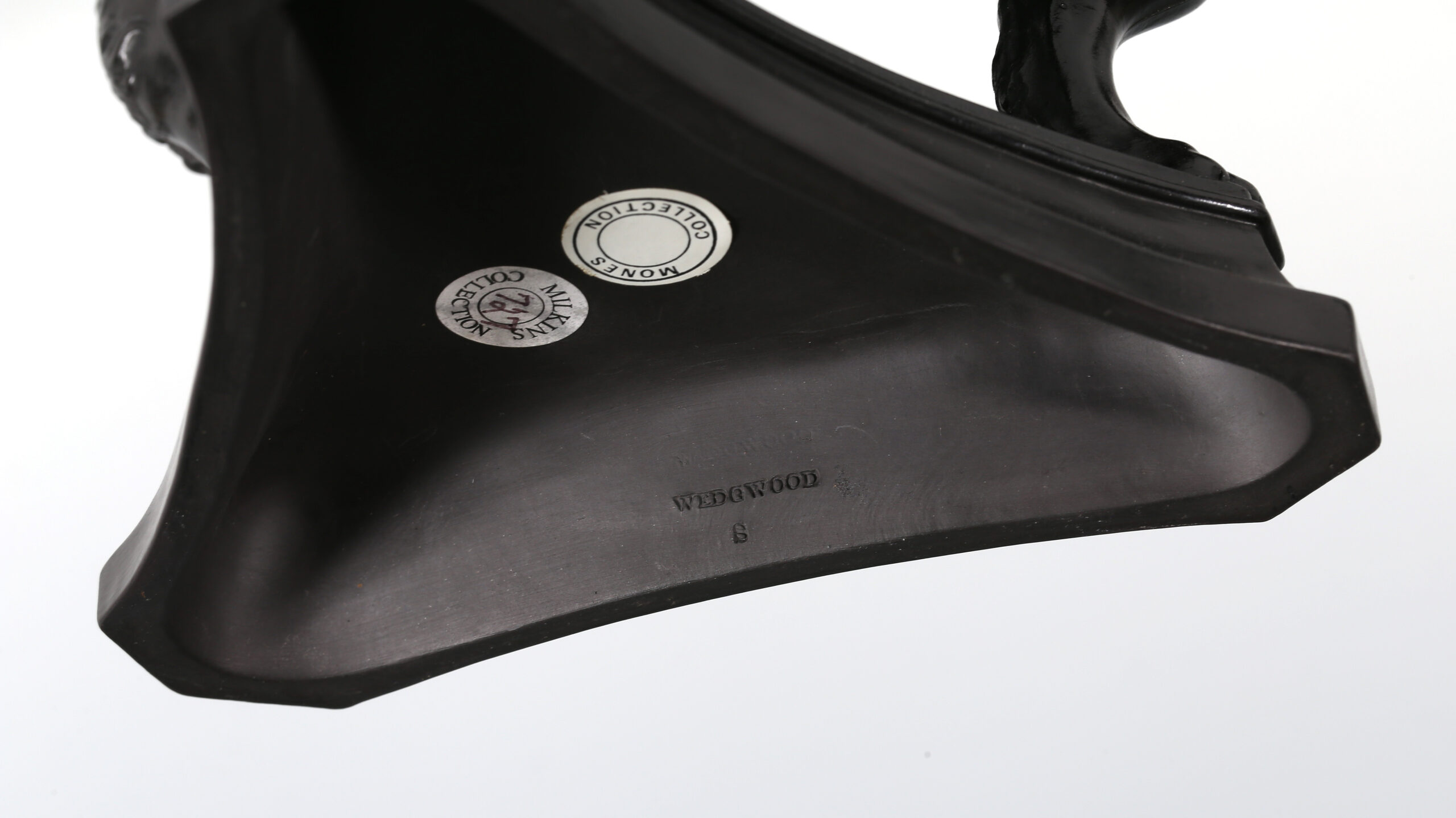 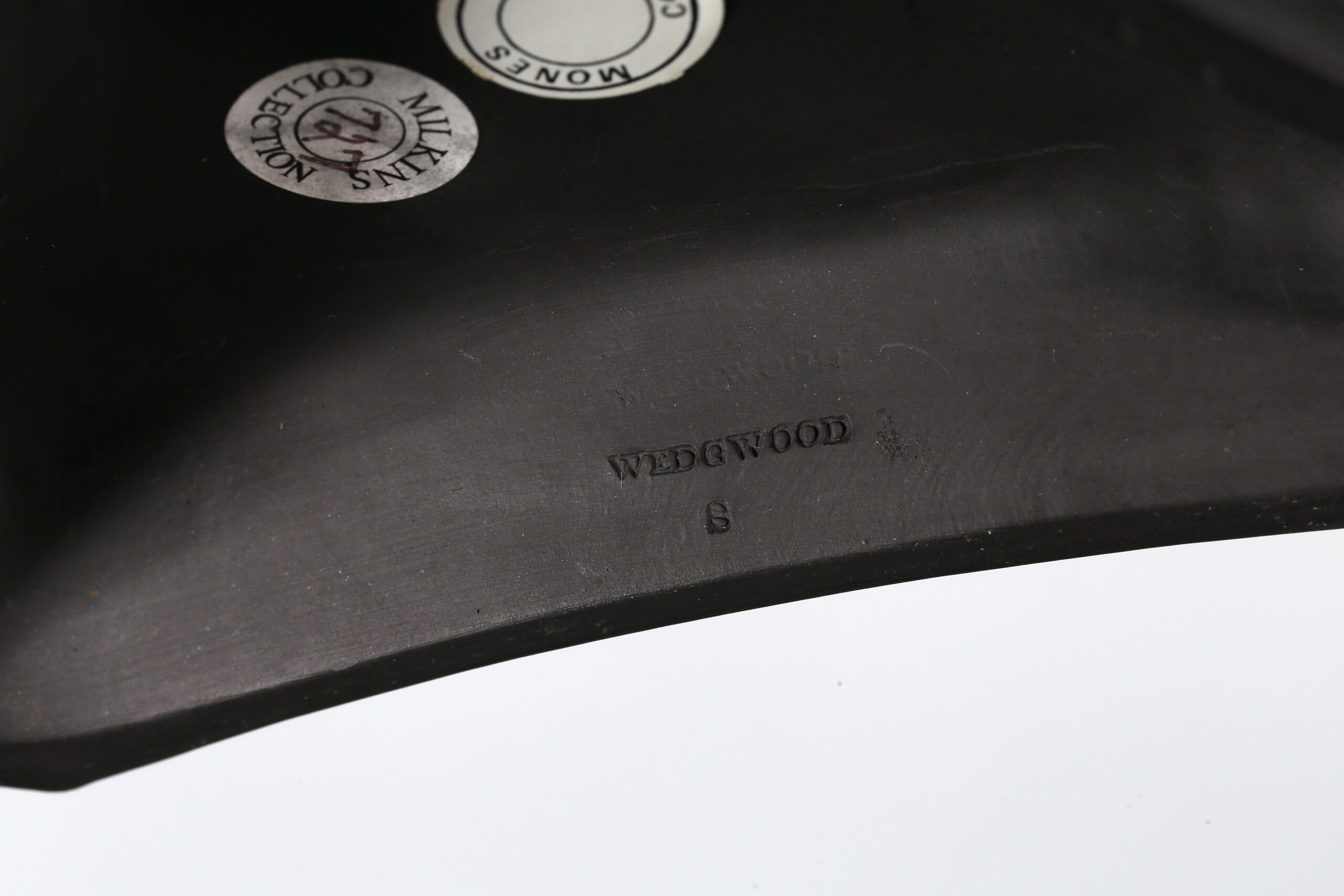 Inspired by an antique oil lamp, this form is recorded as no. 138 in Wedgwood’s first ‘Shape Book’. The winged-lion monopod supports, and triangular base were probably based on plate 17 of Pierre François Basan’s, Recueil d’antiquités romaines, ou, Voyage d’Italie, of 1771, one of the books owned by Wedgwood and Bentley. 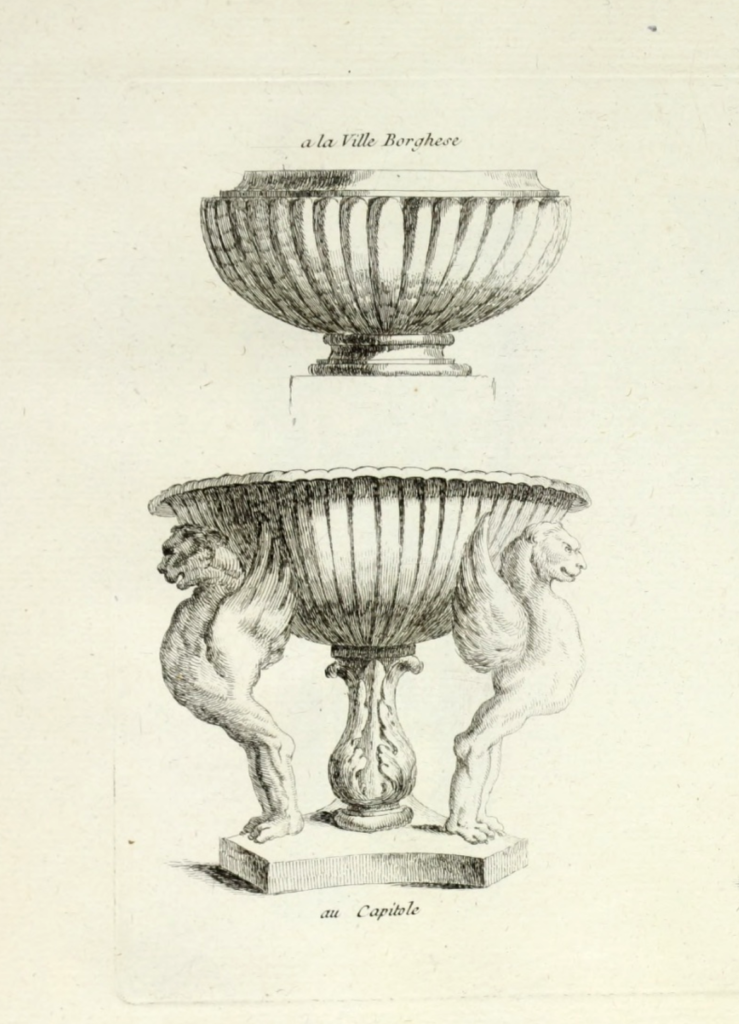 The finial formed as three sybils was used as early as 1773-74 when it was used on the creamware glaciers supplied to Catherine the Great in the Frog Service (Young 1995, pl. 25).

The bowl with richly moulded scrolling foliage on the underside is based on an ancient Greek bronze hanging lamp of about 400 B.C. and is also found on some of the most elaborate so-called ‘Michelangelo lamps’ (Victoria and Albert Museum 4790&A-1901, ill.: Grant 1910, plate XII, 1)

Condition:
The three sybils reattached to cover, one wing cleanly cracked and reattached

References:
For a similar example, see The Museum of Applied Arts & Sciences, Sydney, Australia, no. 85/704-12