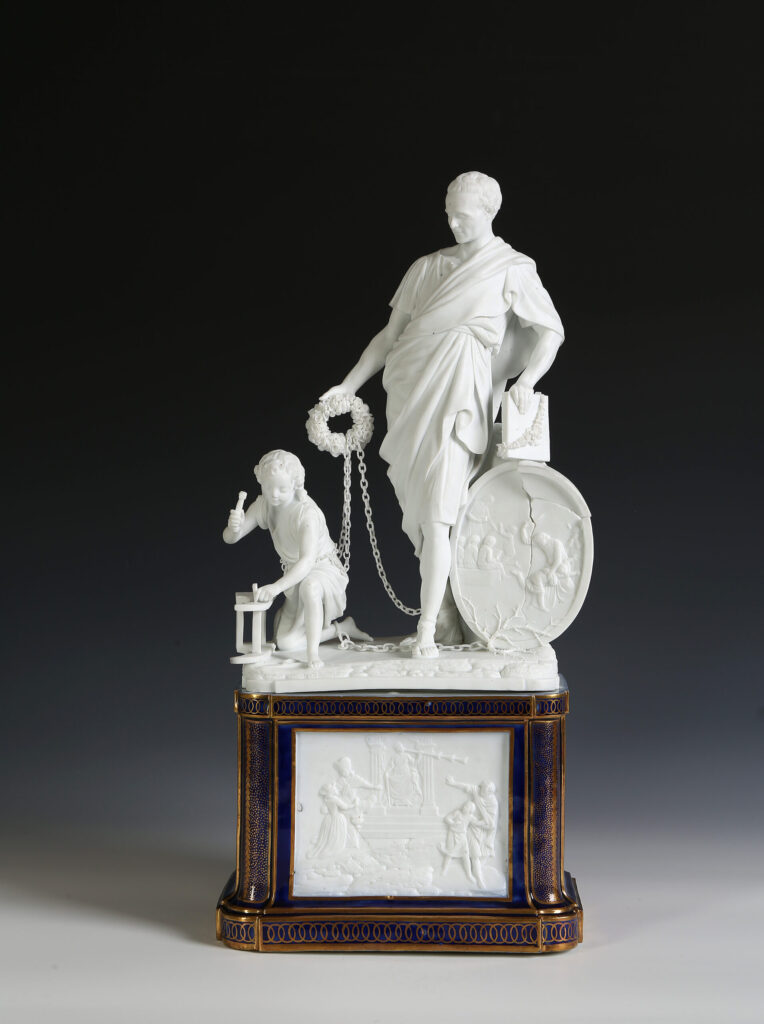 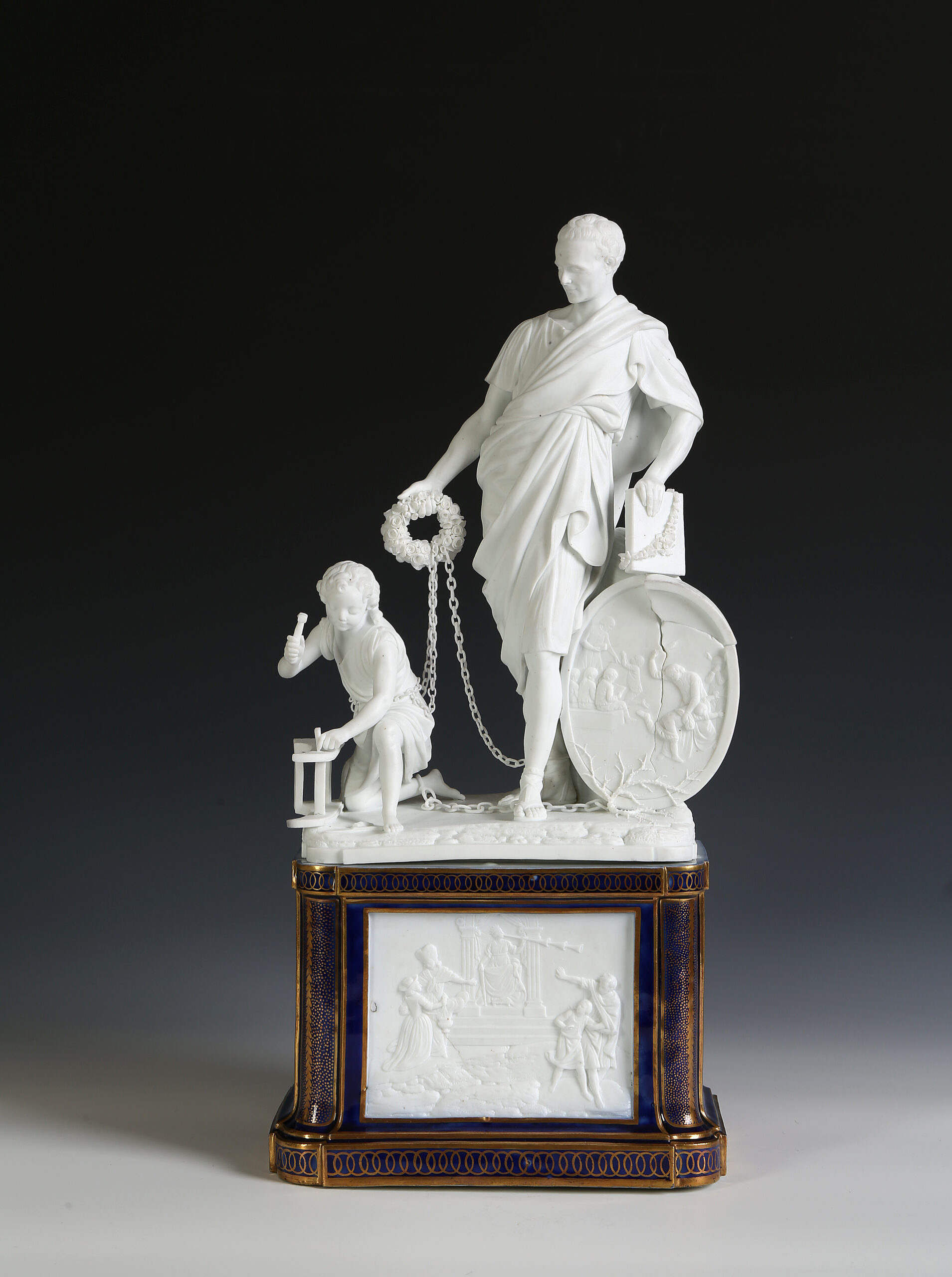 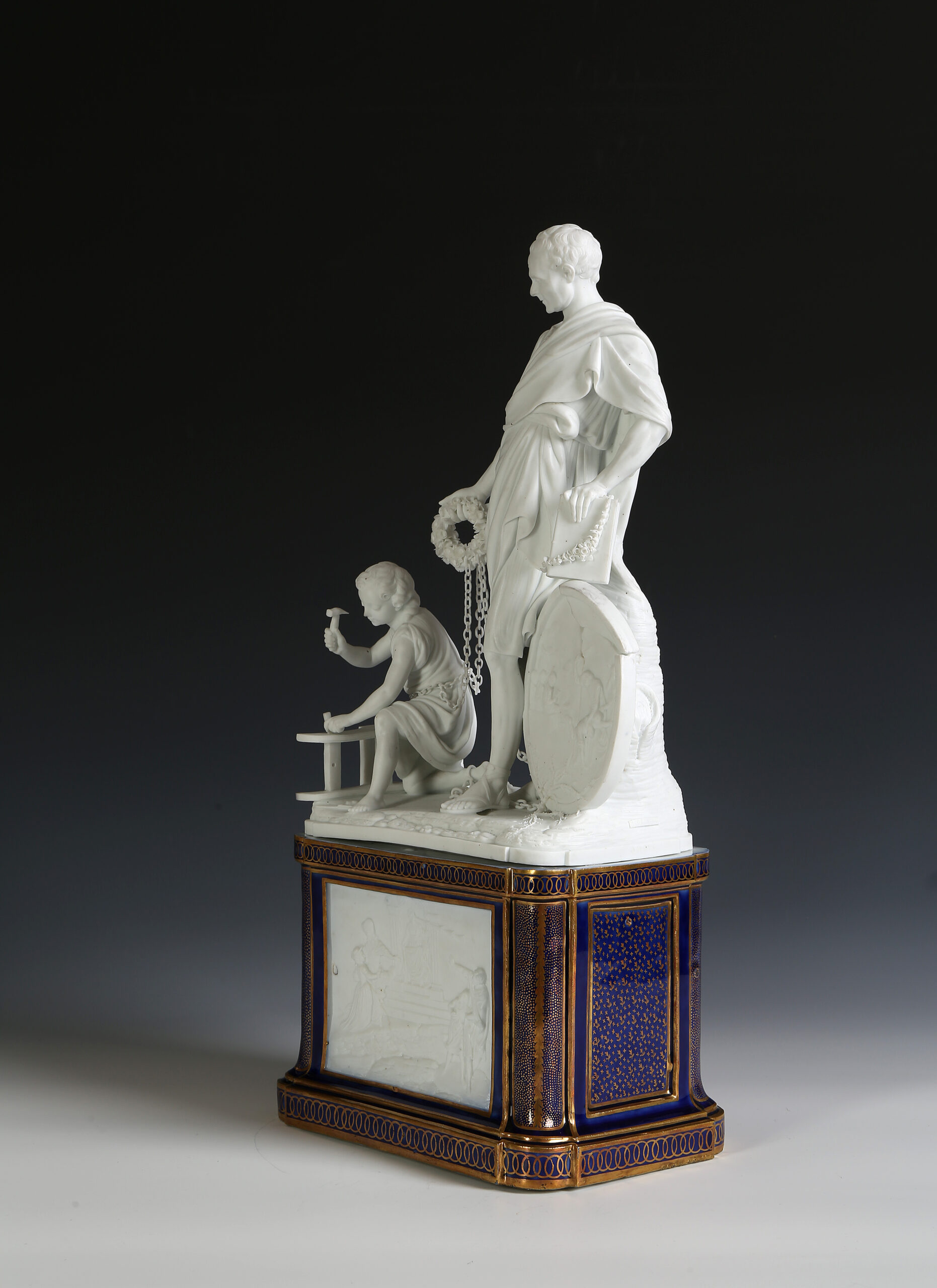 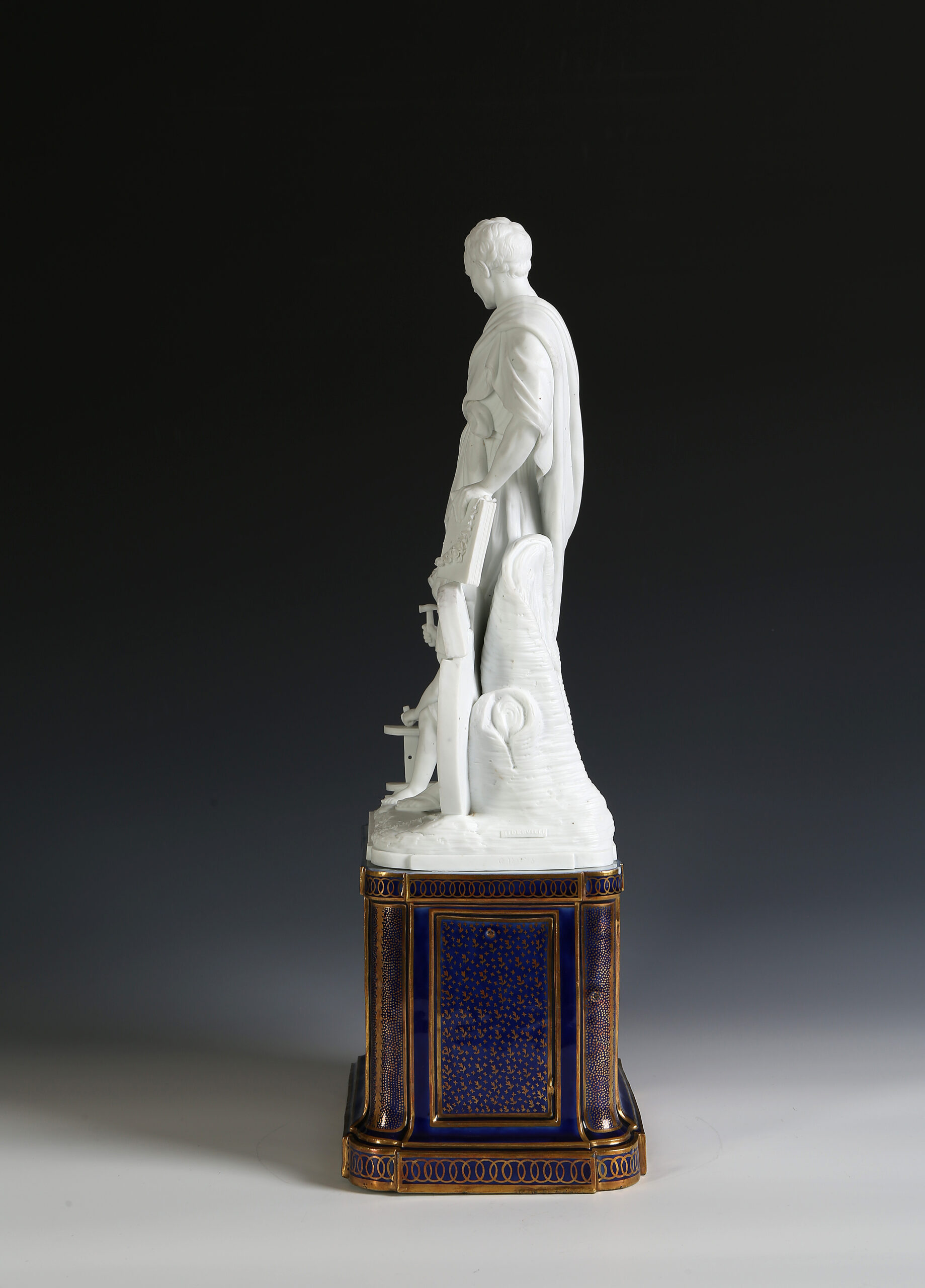 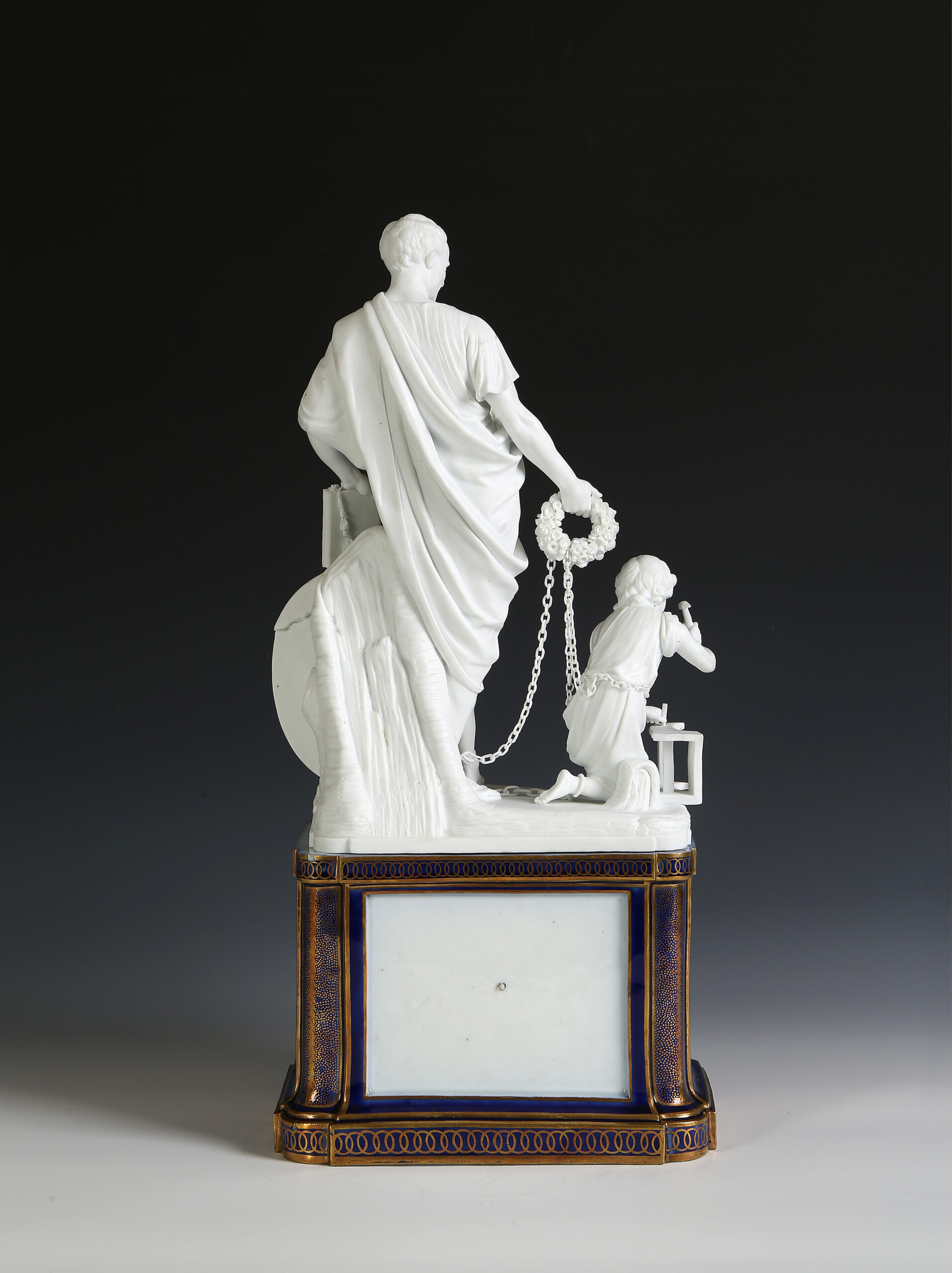 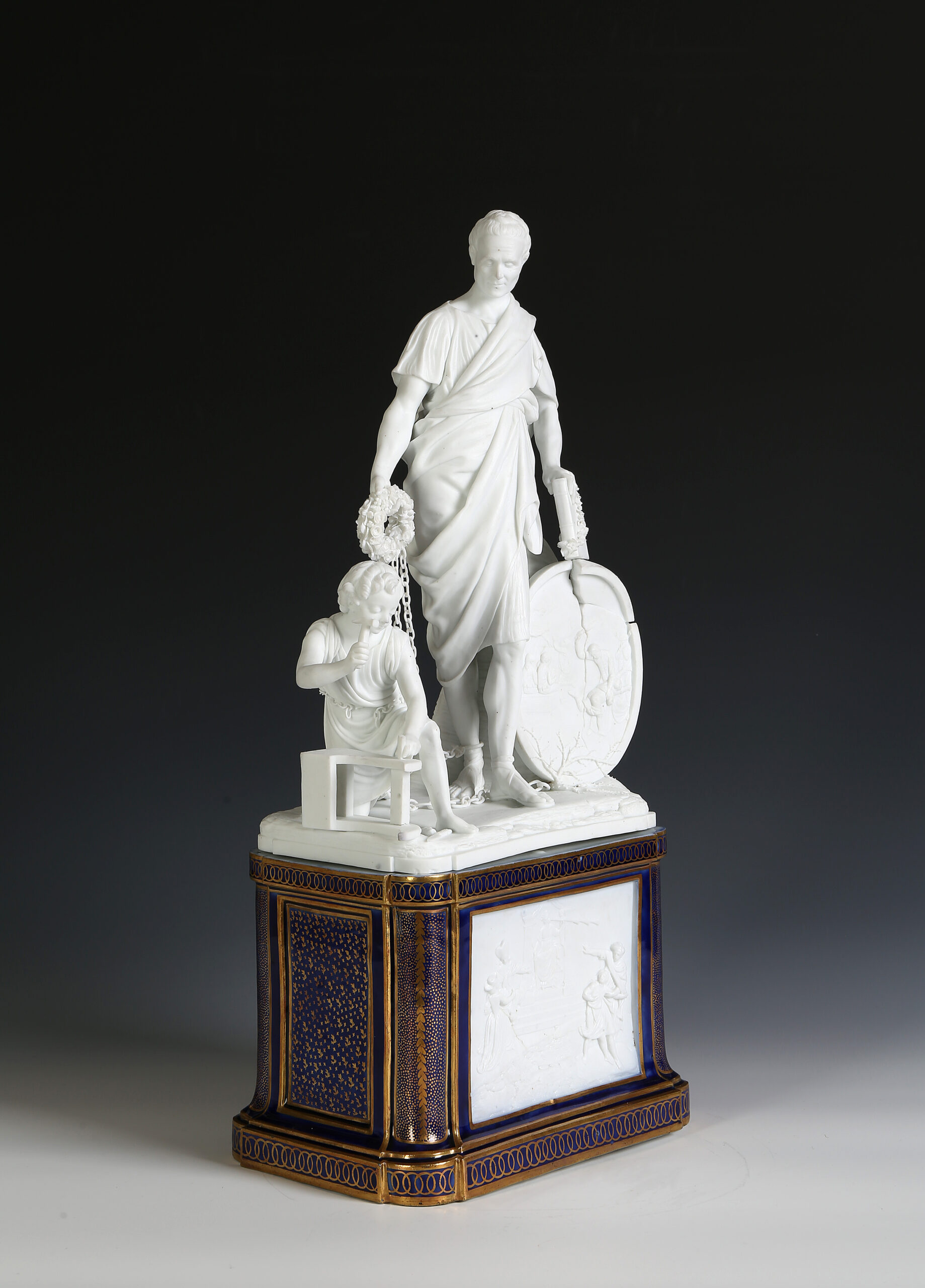 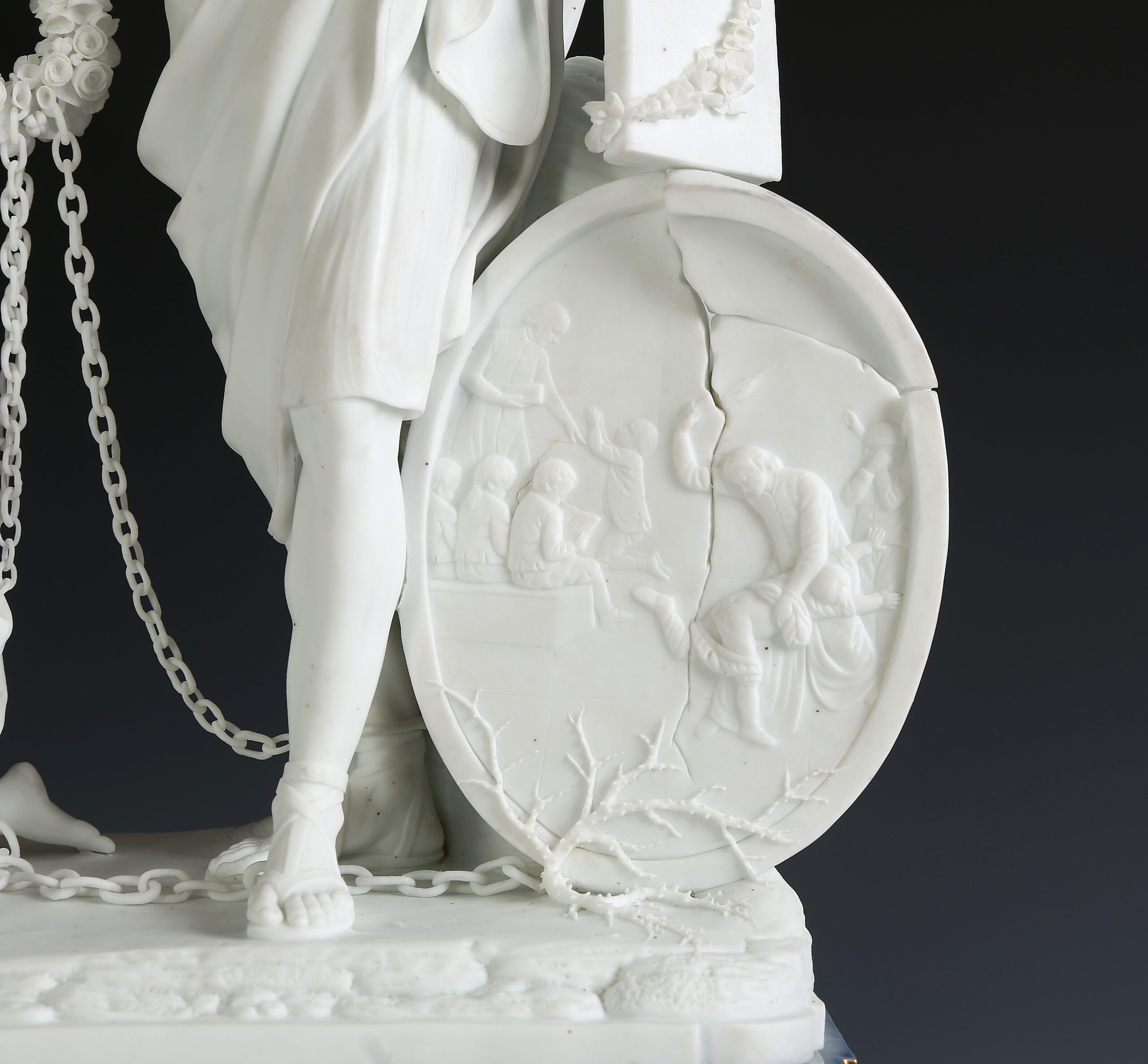 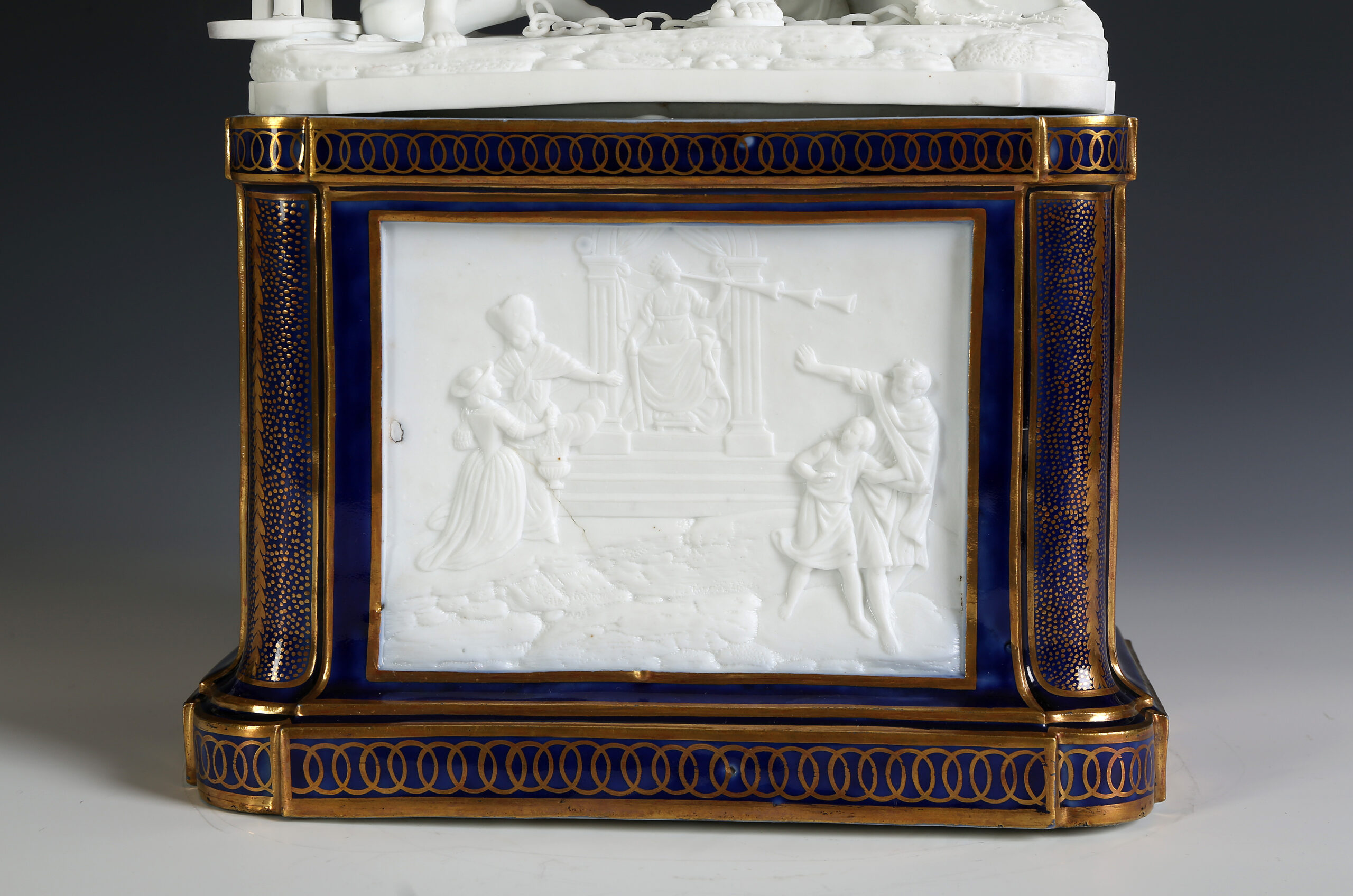 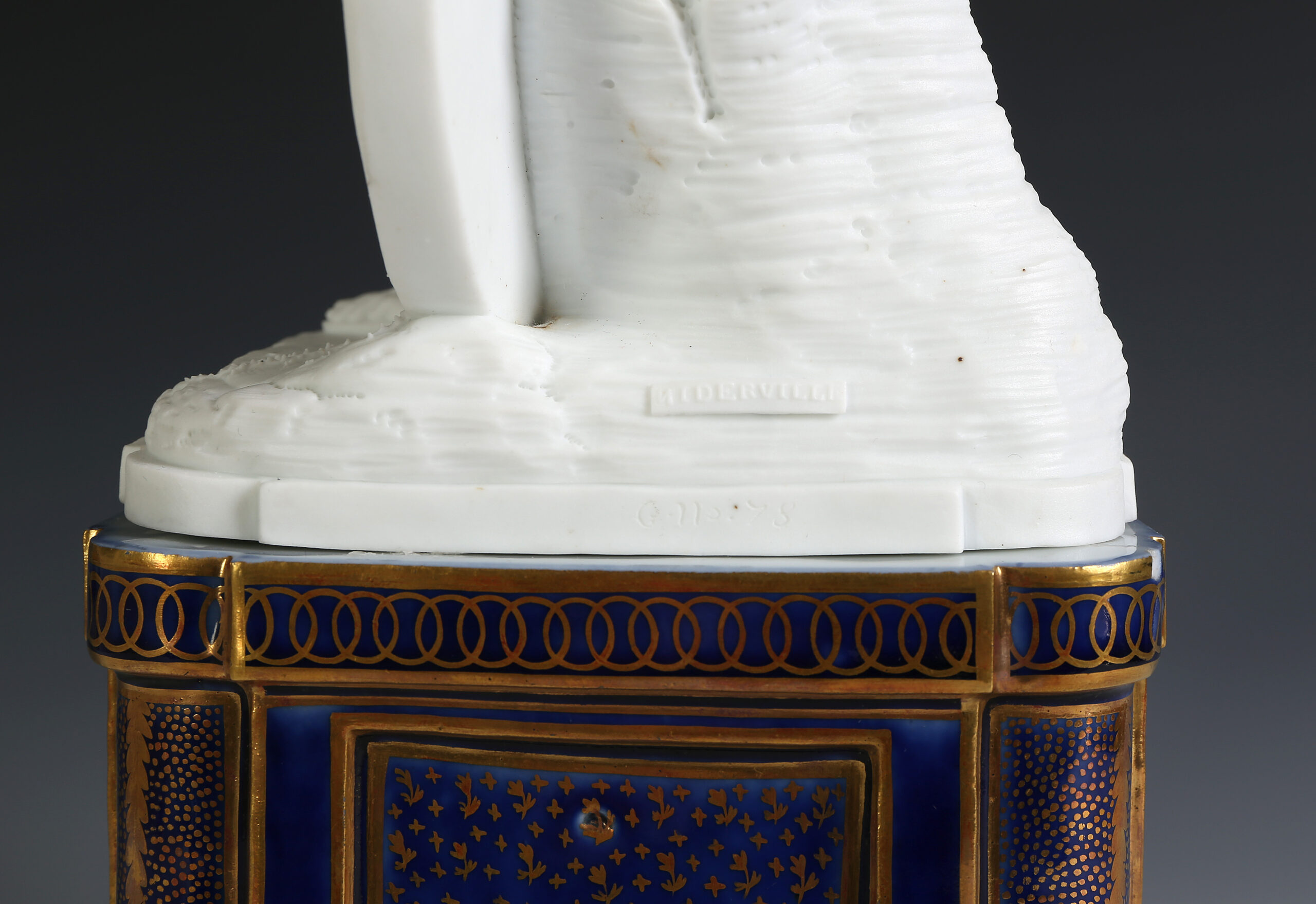 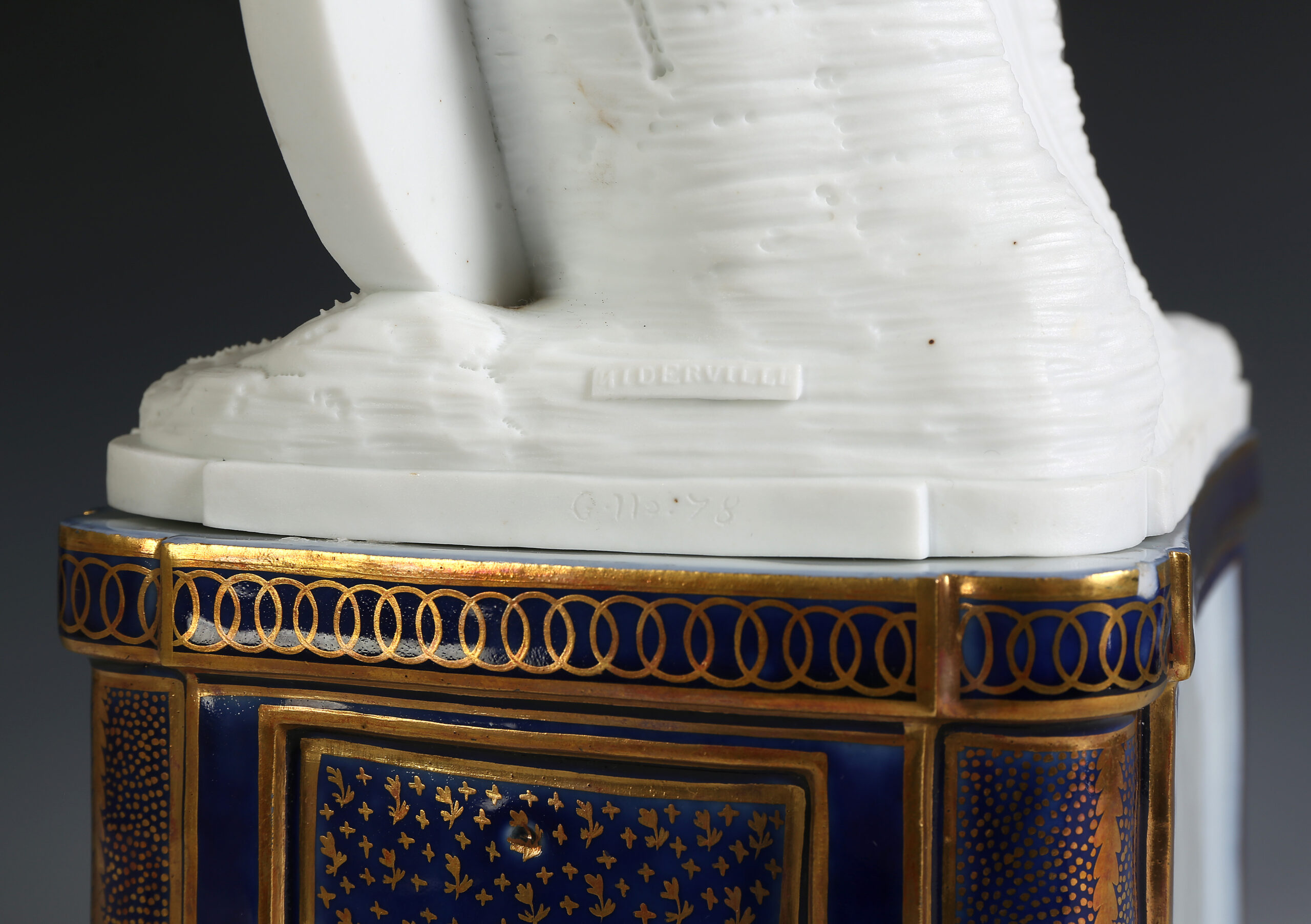 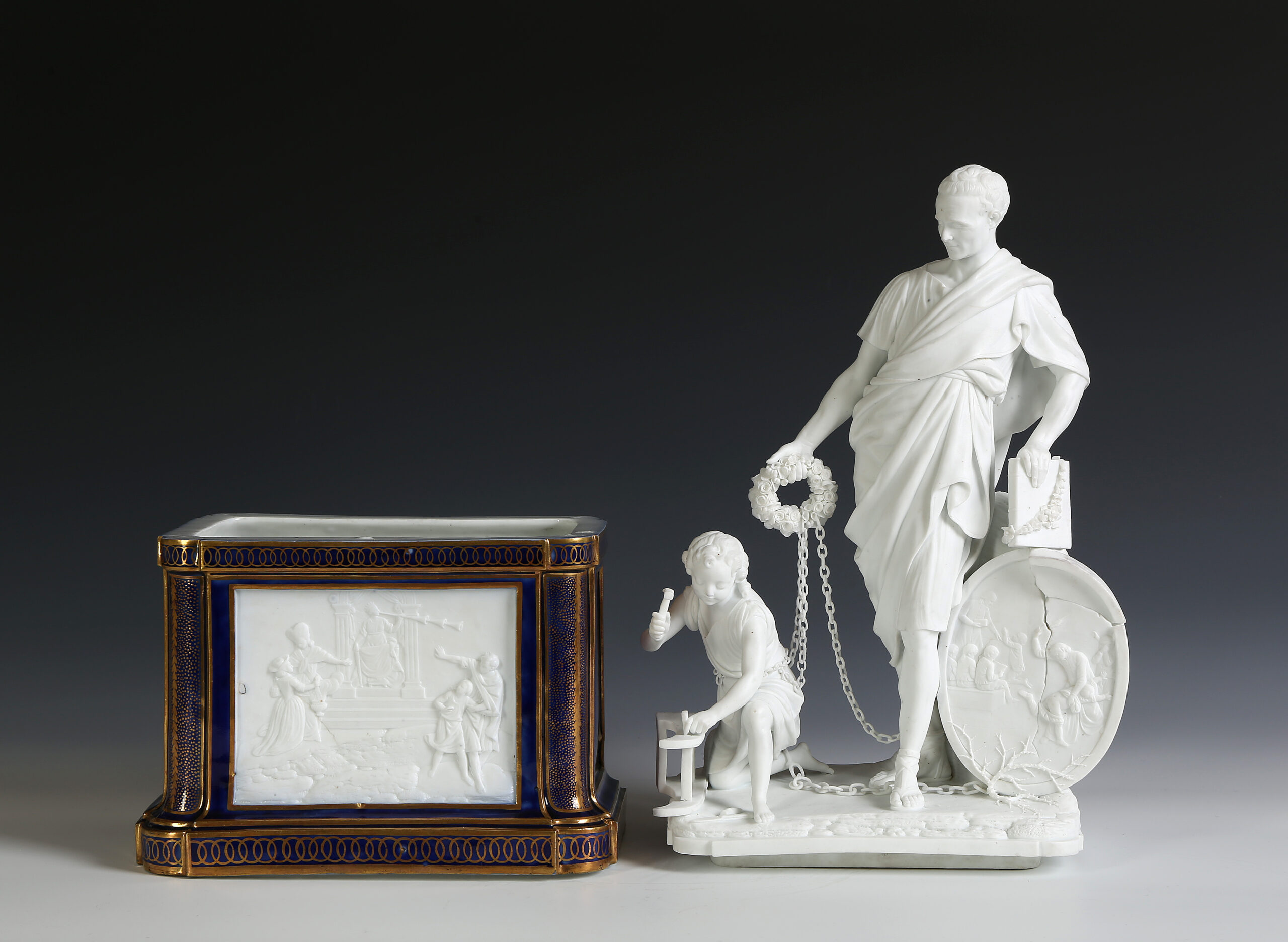 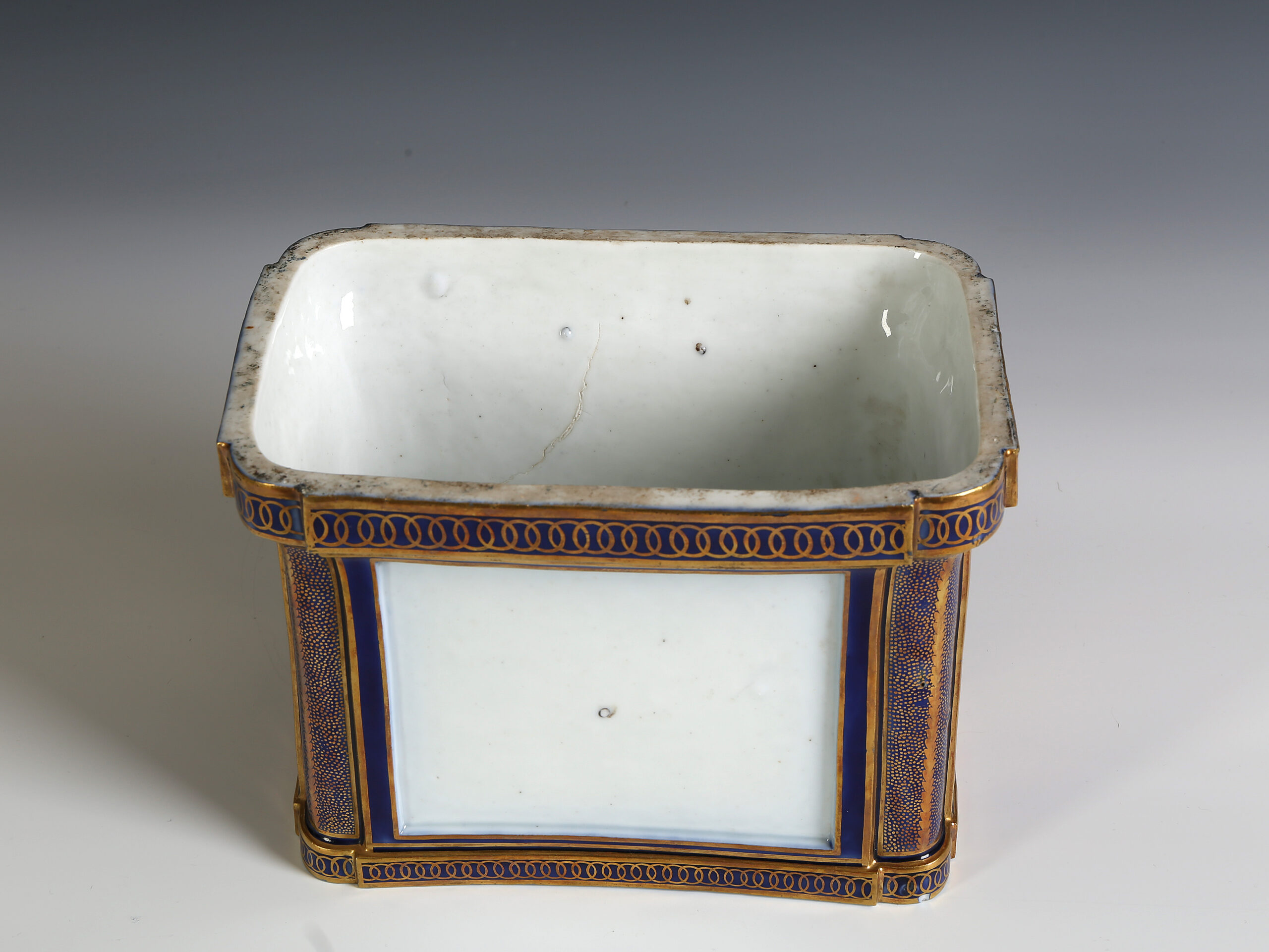 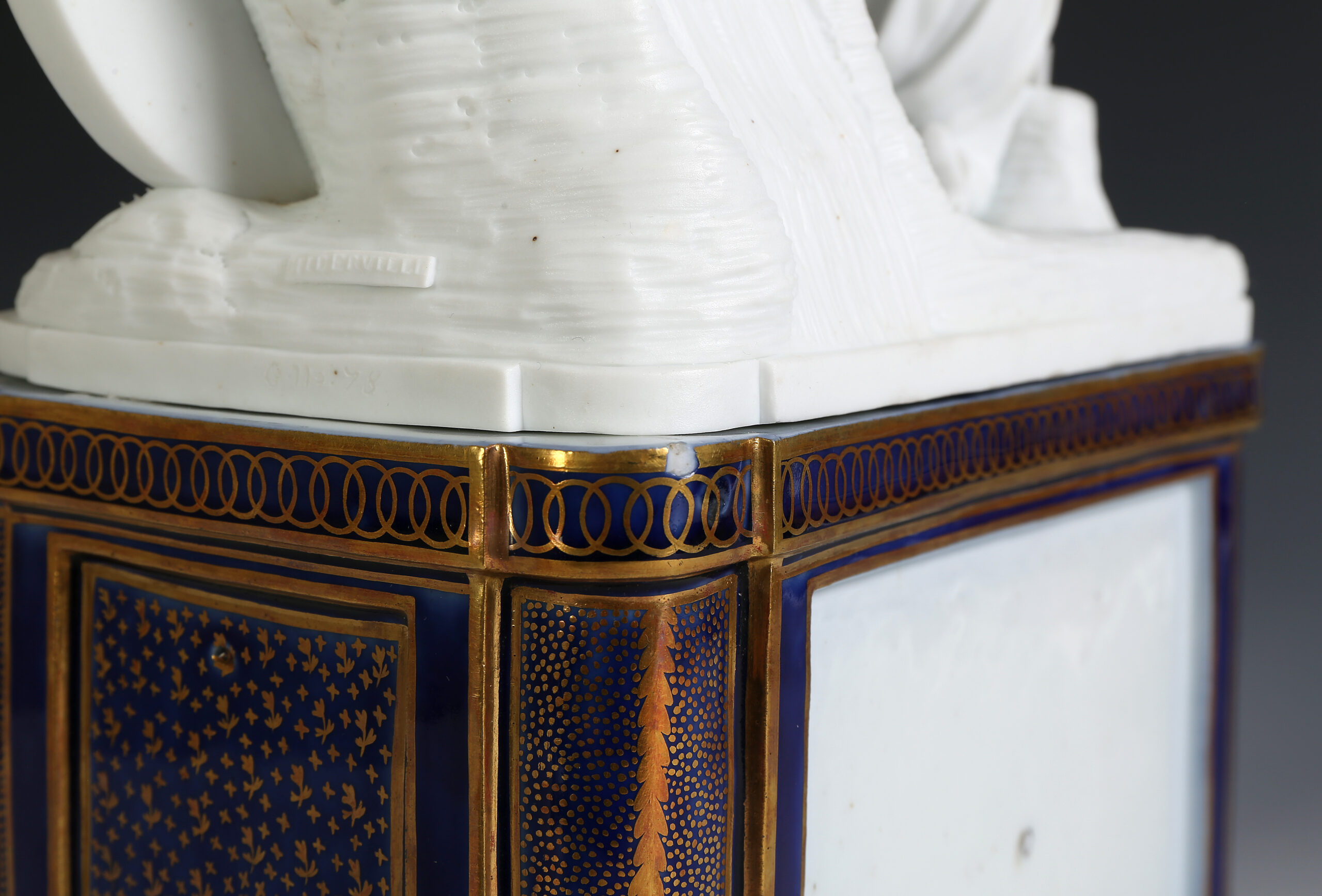 As an allegory of Education with Jean-Jacques Rousseau portrayed in classical dress holding a circlet of roses with hanging chains attached to Emile at work on a sledge, Rousseau’s left hand on a broken oval plaque depicting outmoded education.

The glazed plinth with a panel in relief depicting a mother leading her daughter to ‘L’Opinion’ enthroned whilst the teacher leads his student away indicating that ‘Opinion’ is the ‘Tomb of Virtue in Men’, whilst ‘the Throne of Virtue in Woman’.

The model and plinth are after the monument in Geneva designed by Jacques Argand and sculpted by Jean-François Hess in 1779. 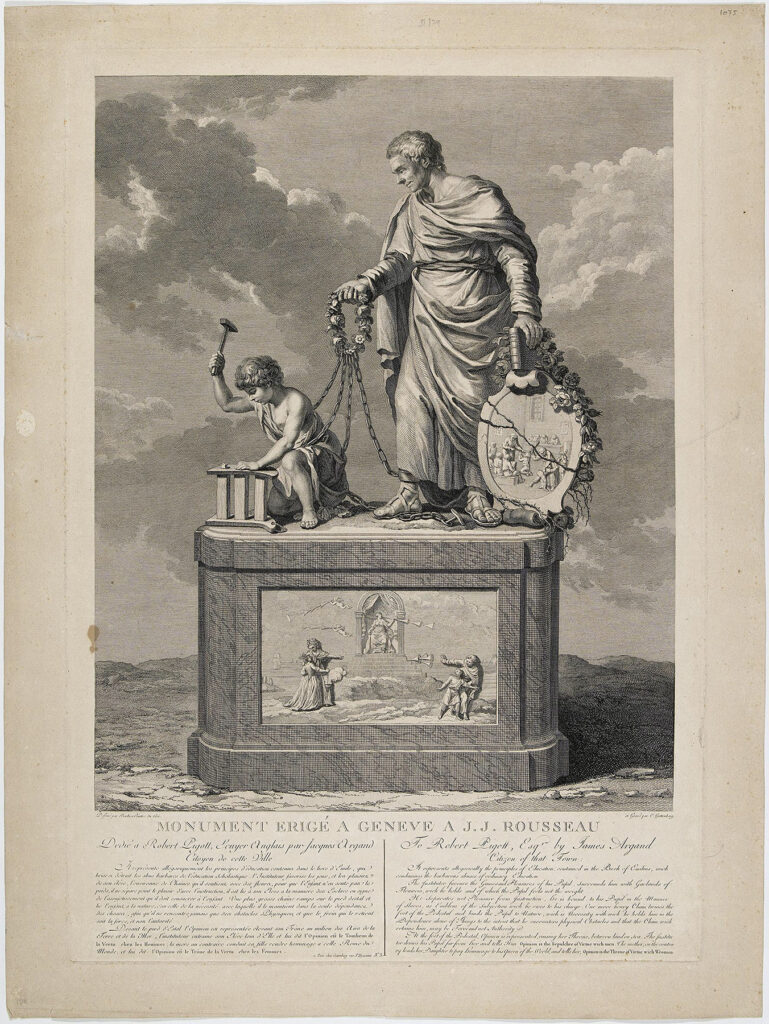 Rousseau considered his radical treatise on education and the nature of Man to be his best and most important work. It served as an inspiration for a new system of education.

Because of a section entitled ‘Profession of Faith of the Savoyard Vicar’, it was immediately controversial and was condemned by the Parliament of Paris in 1762.