A Höchst Porcelain Figure of a Chinese Musician Playing the Cymbals, Modelled by Johann Peter Melchior 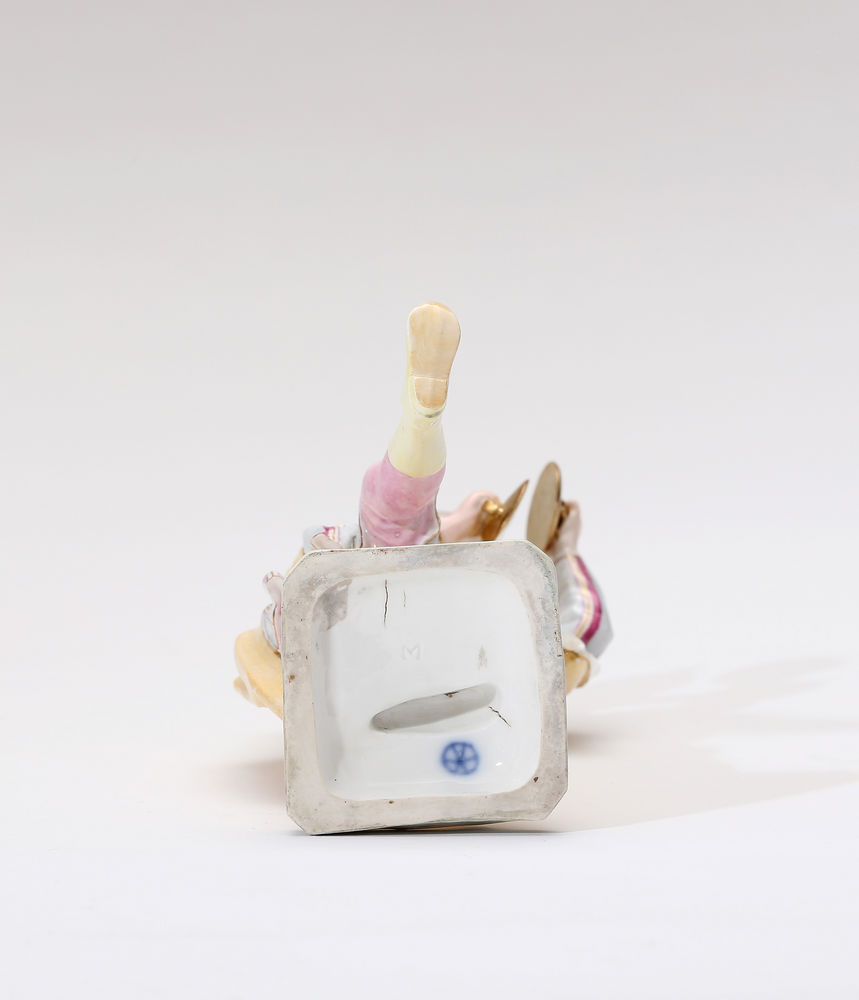 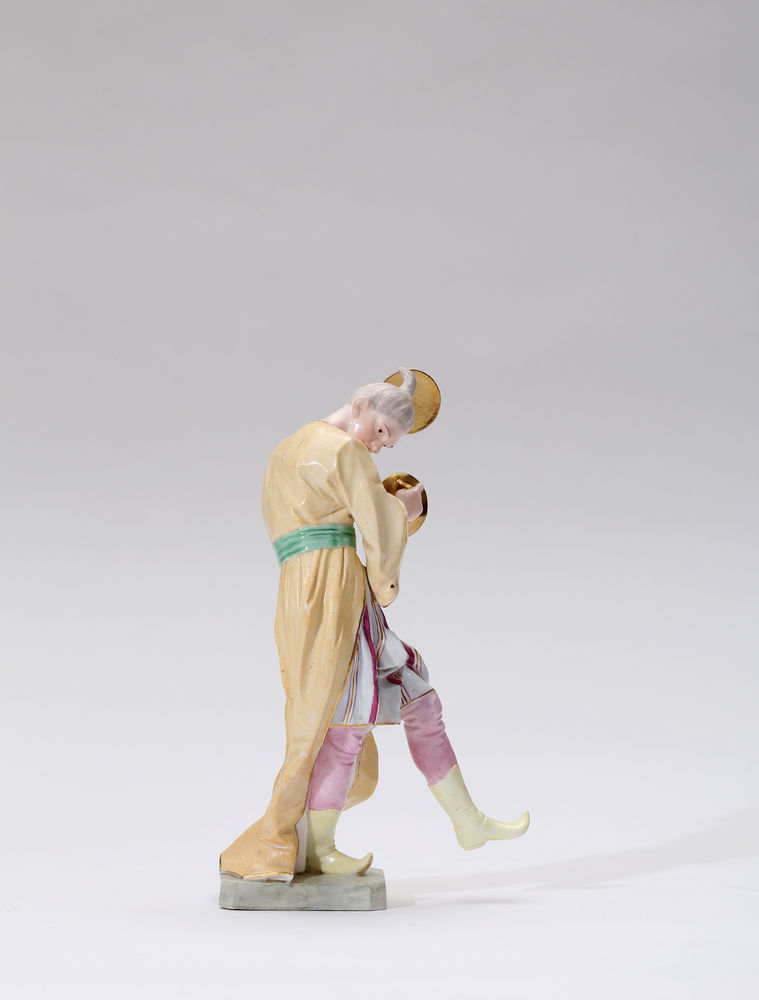 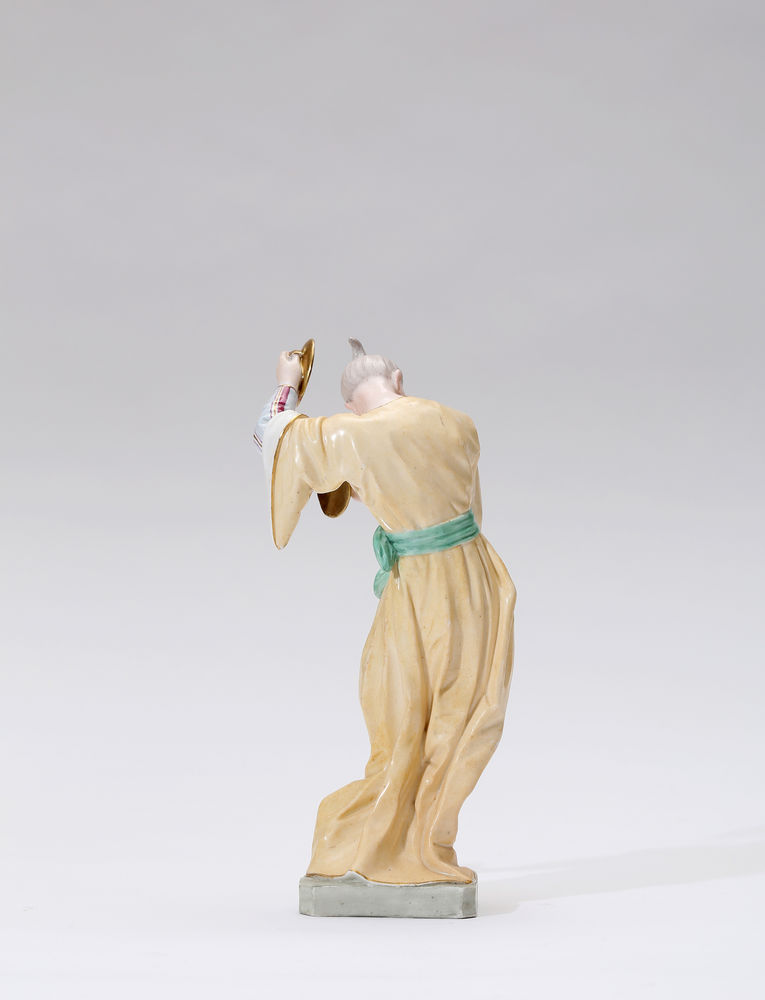 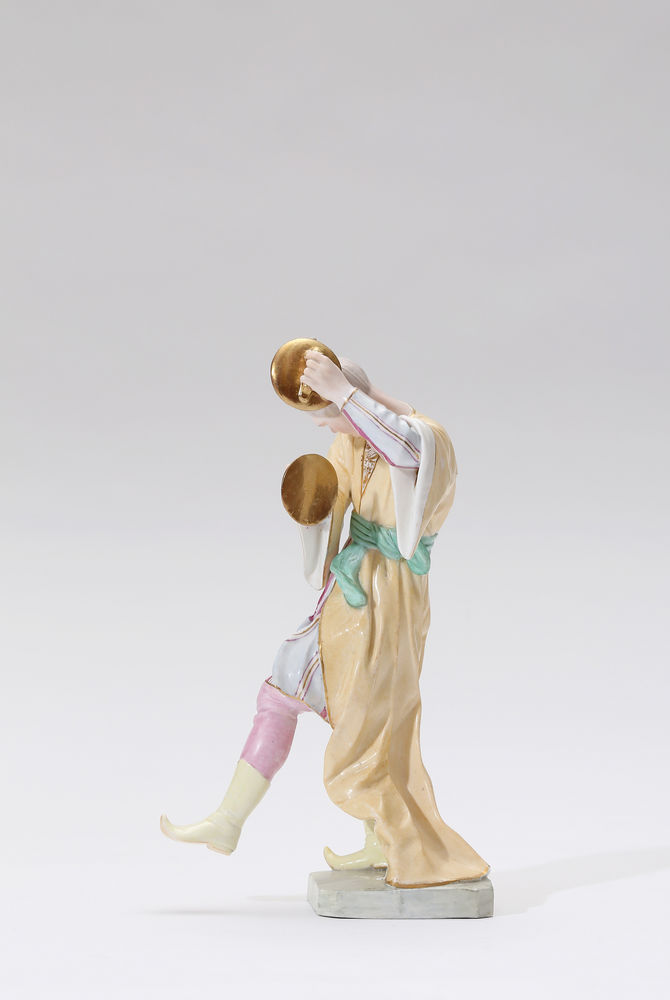 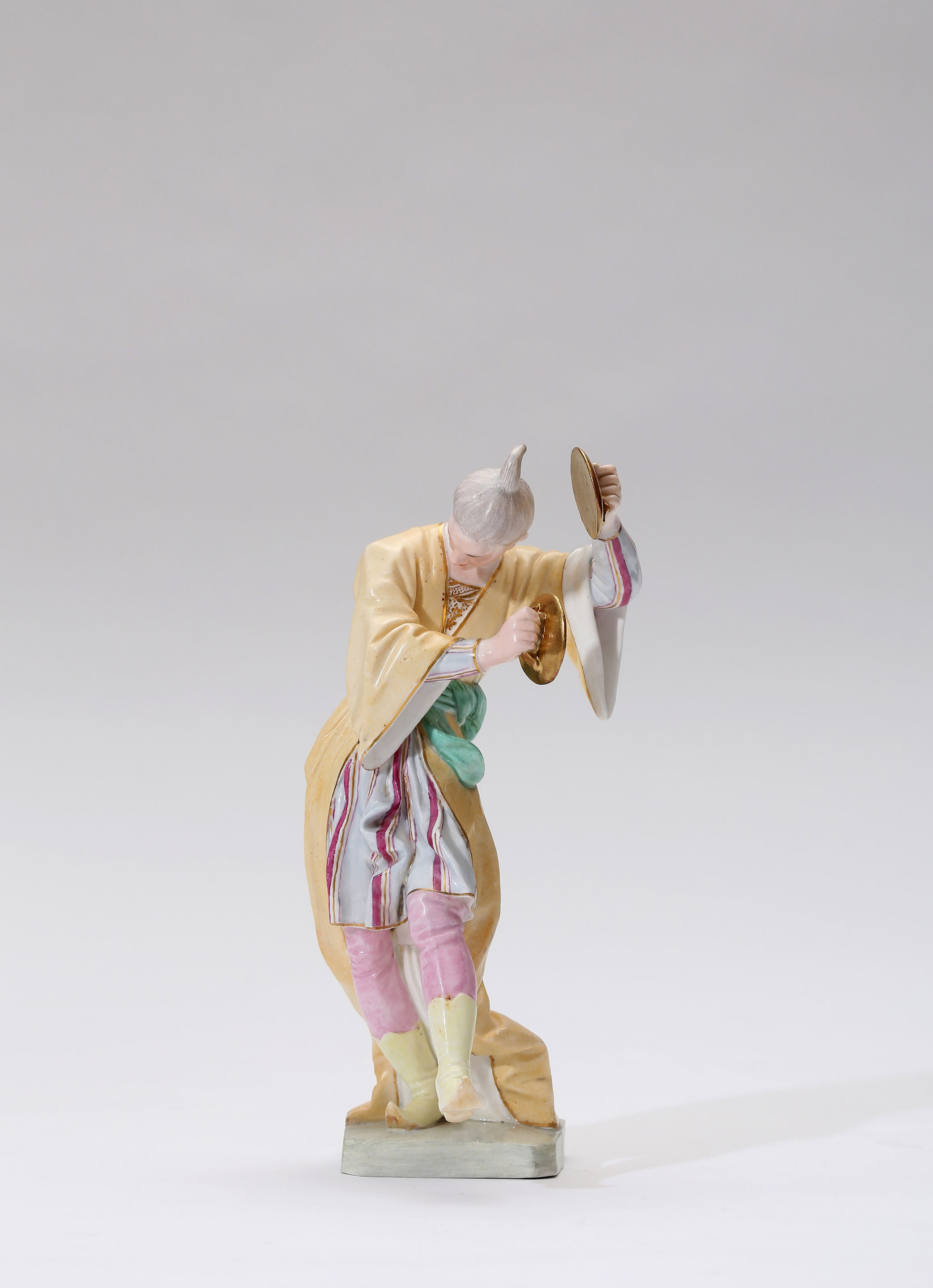 A Höchst Porcelain Figure of a Chinese Musician Playing the Cymbals, Modelled by Johann Peter Melchior

Striking an active pose, dancing with clashing gilded cymbals. He wears a long, folded robe, finely decorated and set upon a square base with canted corners. It is one of Johan Peter Melchior’s earliest and most successful models.

At the age of nineteen, Melchior was recorded as the Modellmeister at Höchst. His first recorded model for the factory in 1766 was an ambitious chinoiserie group called ‘The Audience of the Chinese Emperor’ who is seated under a canopy with three young attendants. This group was accompanied by a series of individual figures of Chinese children and musicians, among which is this figure playing the cymbals.

‘The Audience of the Chinese Emperor’ group, an example of which is in the Metropolitan Museum (Accession Number: 50.211.217), is thought to have been inspired by an oil sketch by François Boucher which Melchior would have known from an engraving.

Condition:
Repair to cymbals, left leg, pony tail, and minor chips to base