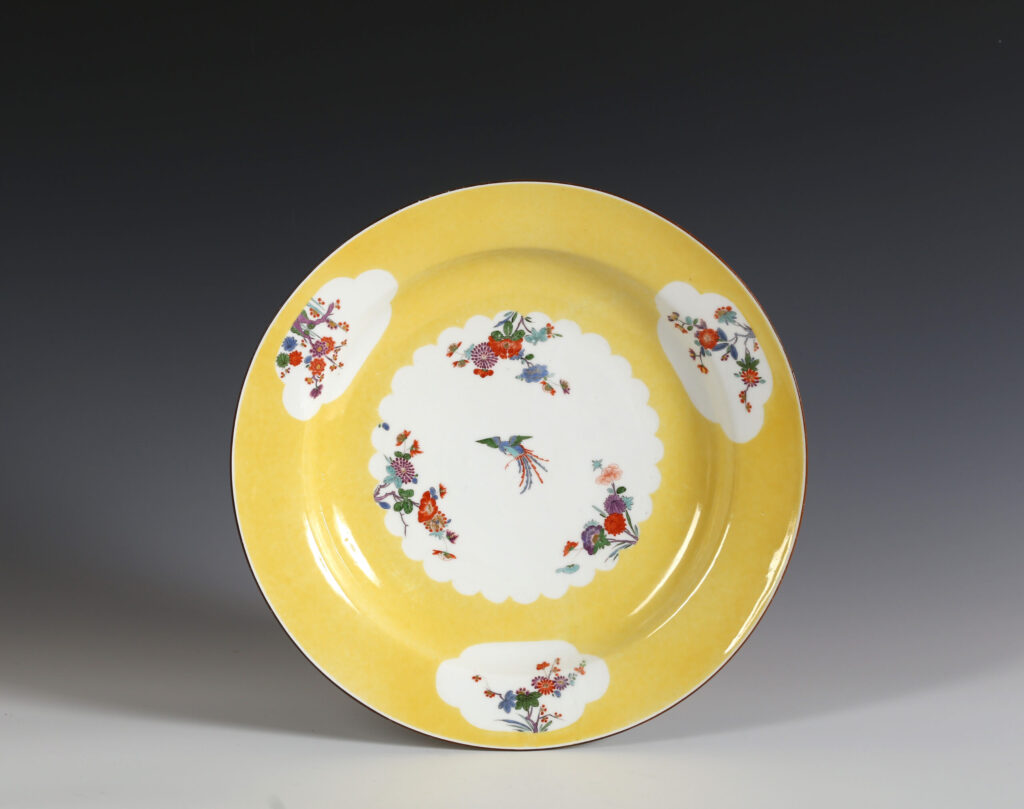 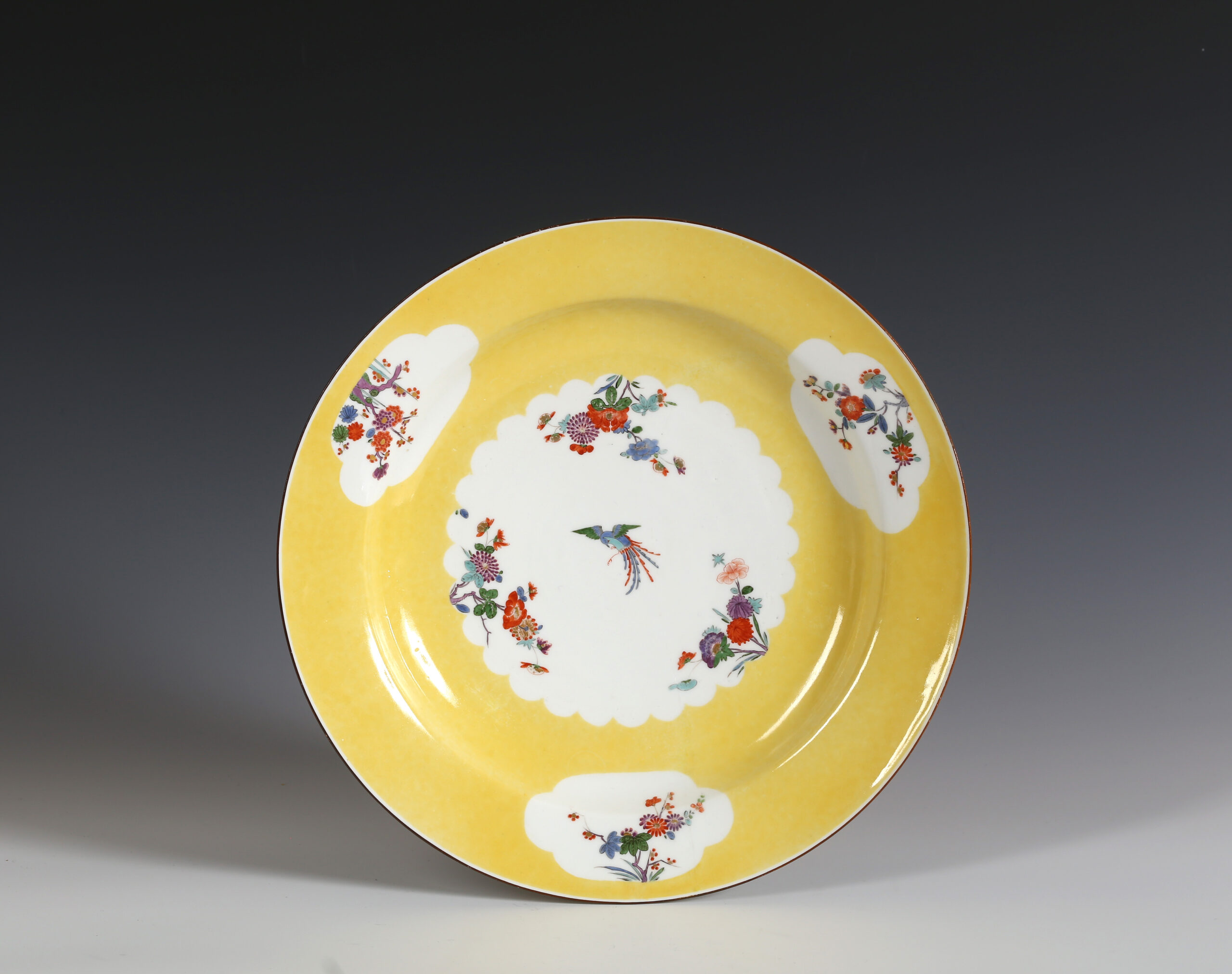 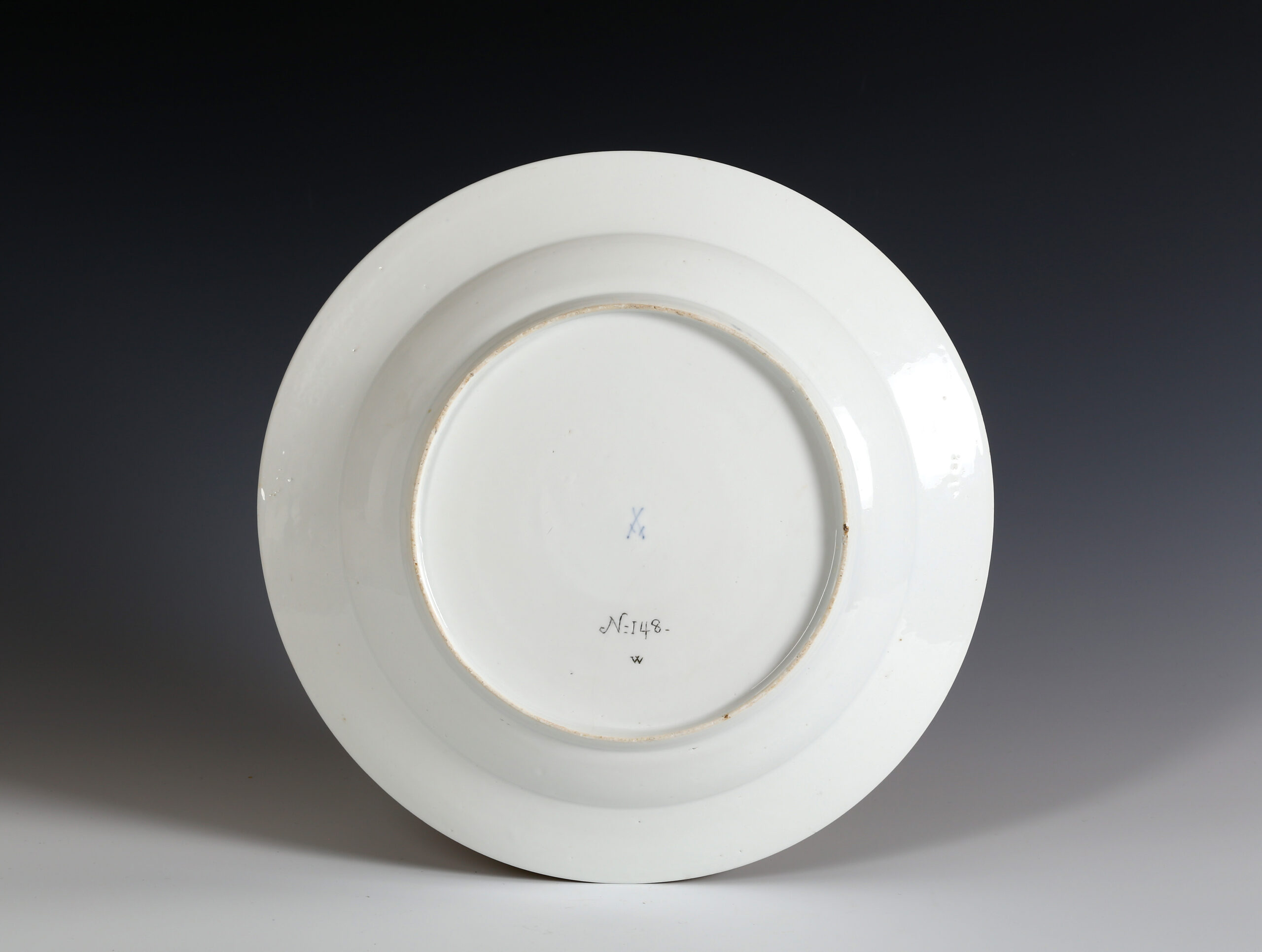 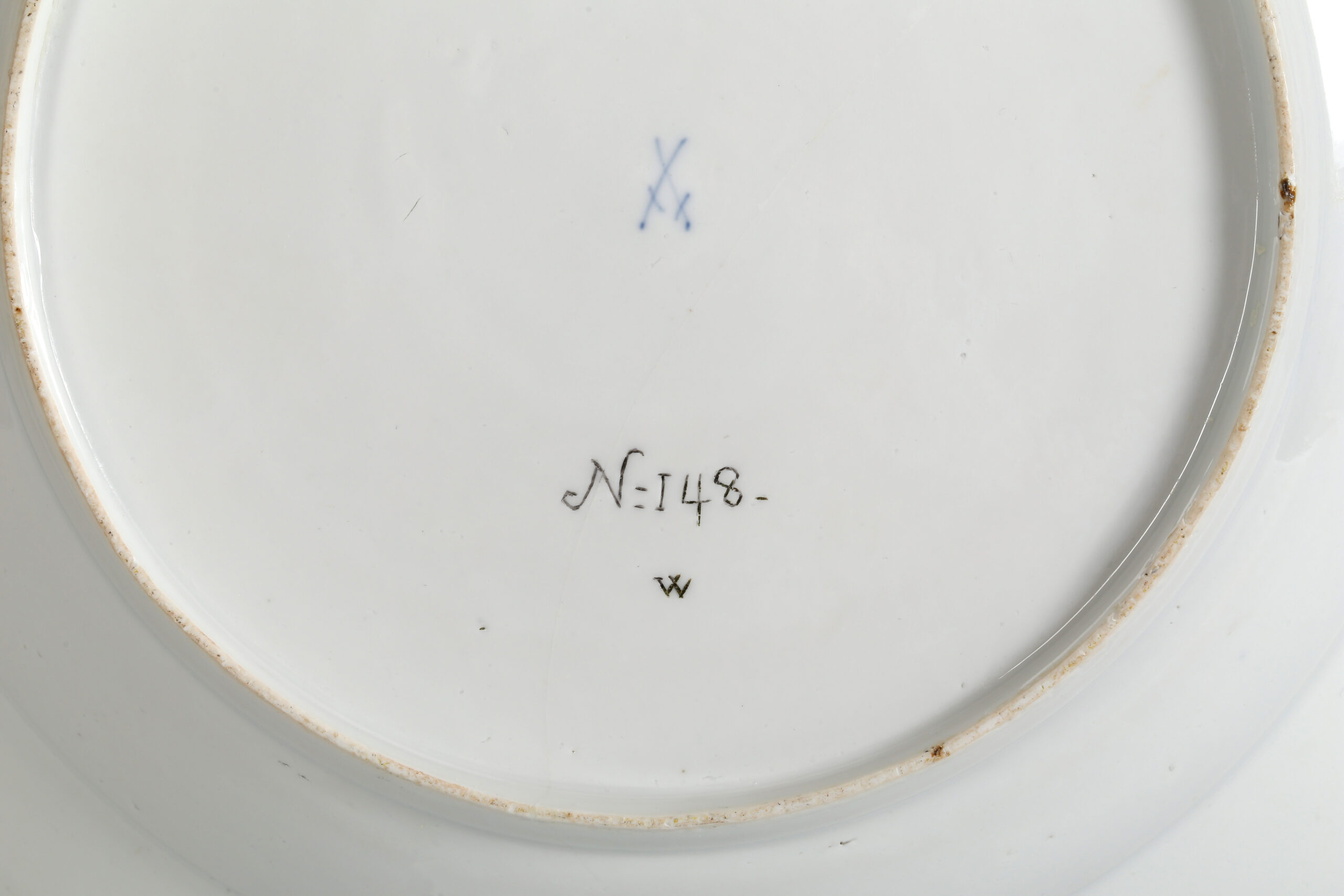 This dish formed part of one of the earliest services ordered by Augustus the Strong in around 1730 and is the only known Meissen service with a coloured ground. The service was delivered to the Japanese Palace in 1734 on the orders of his son Augustus III.

The service is listed in the 1770 inventory of the Japanese Palace as consisting of 82 pieces including 39 plates and a small numbers of larger dishes in different sizes as well as covered tureens. Most, including the form pieces remain in Dresden. Whilst plates of 24 or 25 cm diameter have appeared on the mark occasionally, we are only aware of one other large dish being offered, a dish of 39.5 cm diameter, sold at Christies, Geneva, 9 May 1988, lot 63.

This service is much smaller than the other early Royal services and must have been intended for intimate use. A note in the inventory states that it was used at a dinner for the King of Prussia in Christinenstadt on the 2nd September 1777 when one plate was broken. (Boltz 1996, p. 76).

The “Yellow Hunting” service is probably a misnomer based on its similarity to the Saxon court hunting livery of yellow and blue (Pietsch and Banz 2010, p. 97). A distinctive early feature is the lack of any gilt or enamel border around the white cartouches reserved on the yellow ground.

Dr. Siegfried Ducret, from whose collection it comes, was one of the greatest scholars of his generation and co-founder of the Gesellschaft der Keramikfreunde der Schweiz and author of numerous standard works on ceramics.

Condition:
Broken across and restuck with areas so light scratching.