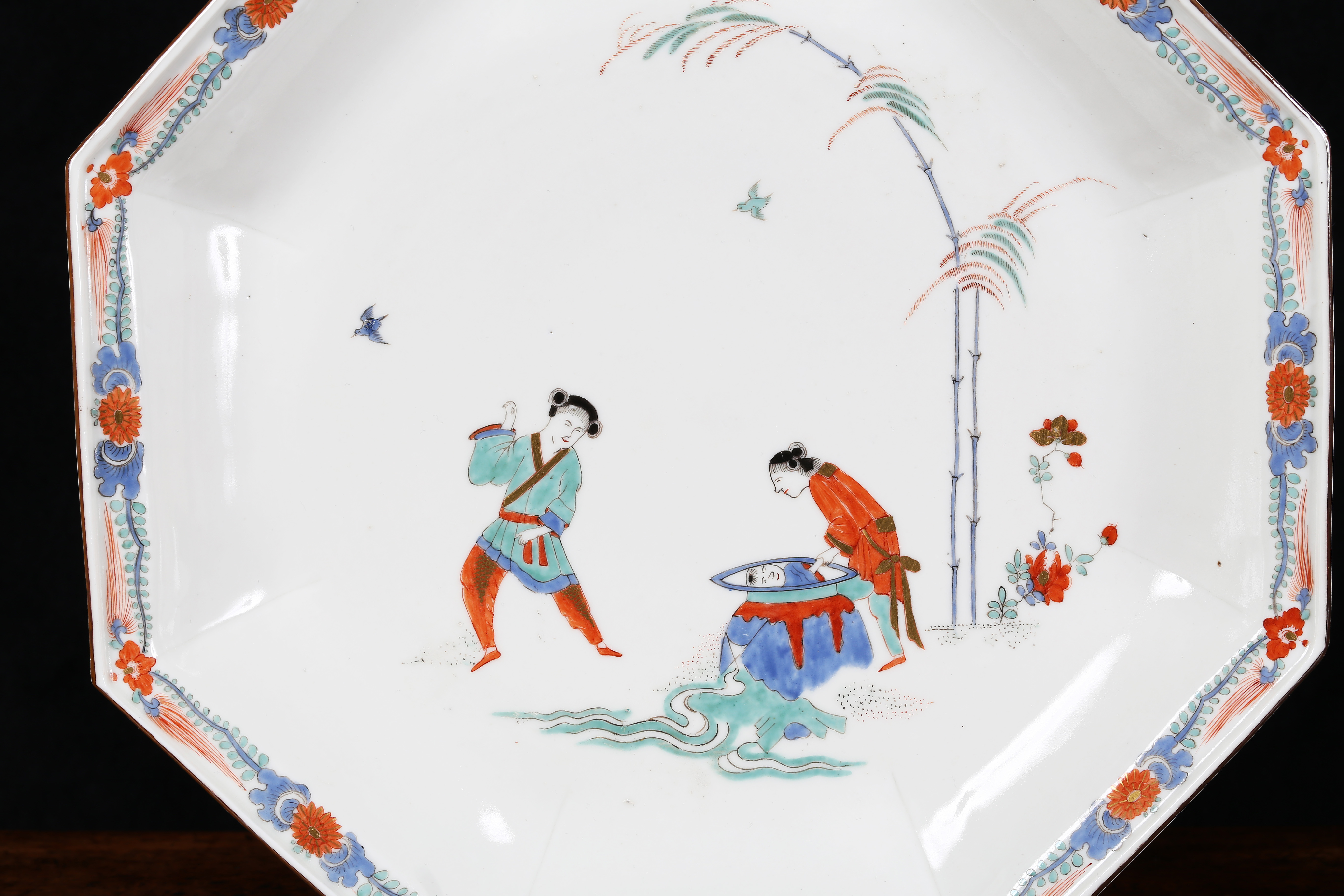 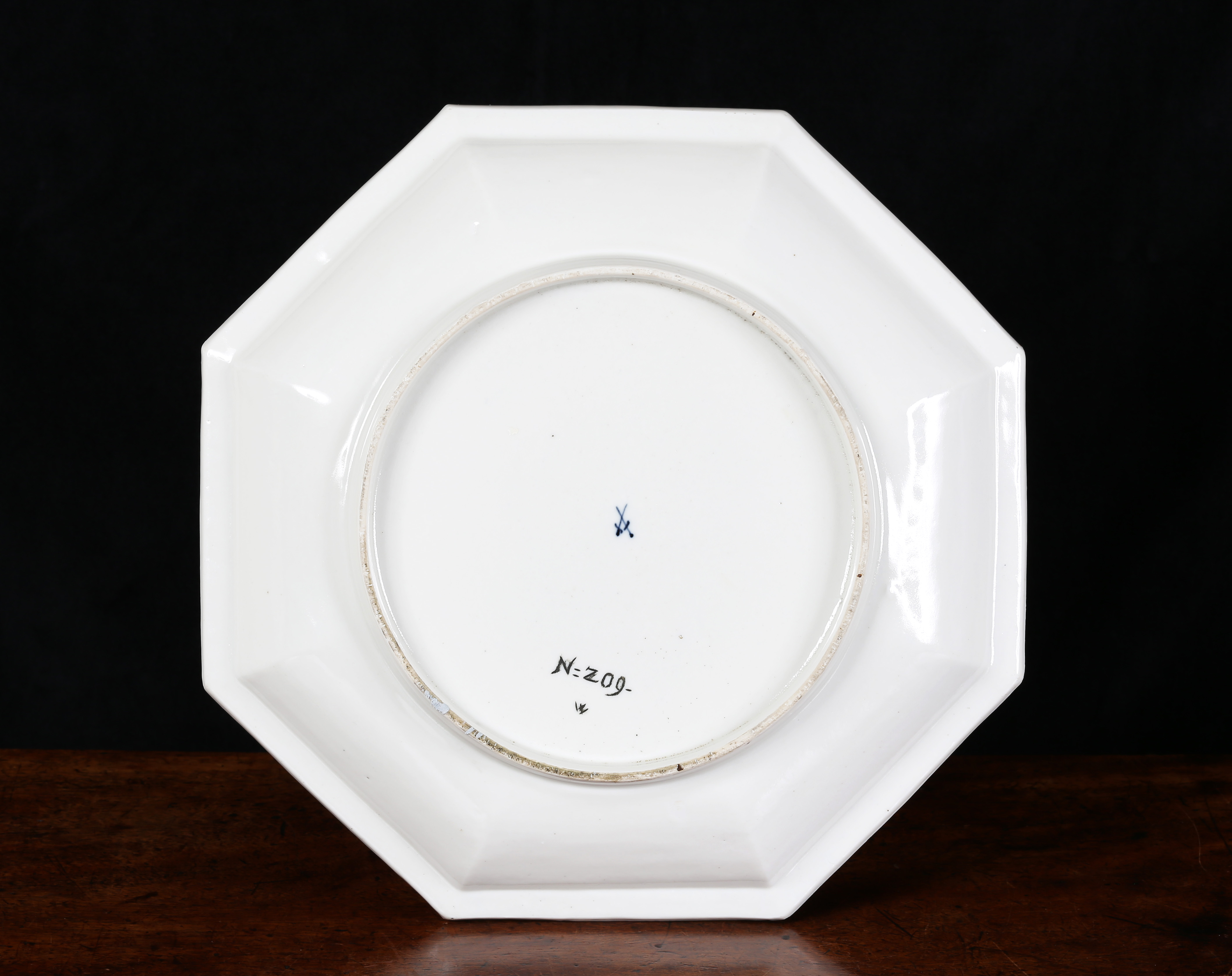 This is a precise copy of a Japanese Kakiemon dish of circa 1690 that depicts a famous case of lateral thinking taken from an episode of the childhood of the Song Dynasty Chinese historian Sima Guang known in Japan as Shiba Onko. A child was drowning in a large water jar and attempts to pull him out failed, the resourceful Shiba Onko threw a rock to smash the pot and saved the boy. The pattern in England came to be known as ‘Hob in the Well’.

This is the largest size of this design produced at Meissen. In the Royal Saxon Inventory of the Japanese Palace of 1770, five of this size were listed under N=209-W.

Julia Weber states that examples of this pattern were ordered by Count Hoym for Rudolph Lemaire and were sent from the manufactory at the end of 1734. In July 1737 another 16 dishes of various sizes of Shiba Onko pattern were added to the Royal Collection and were given inventory numbers 209 to 211. Our dish is one of these and, we believe, the largest remaining in private hands. A 25.2 cm. plate incised N=211-W from the Franks Collection (no. 28) is in the British Museum.

The pair to this dish which came from the same collection and was sold Sotheby’s, London, 4 June 1996, lot 58, is illustrated in Frühes Meissener Porzellan, Kostbarkeiten aus deutschen Privatsammlungen, Hirmer, 1997, page 186, fig. 151 and is now in the Hetjens Museum, Düsseldorf.

Provenance:
Royal Collections of Saxony
With Galerie Jürg Stuker, Berne, 1951
Sotheby’s London, 4 June 1996, lot 57 (along with its pair lot 58 which is now in the Hetjens Museum)
Private collection