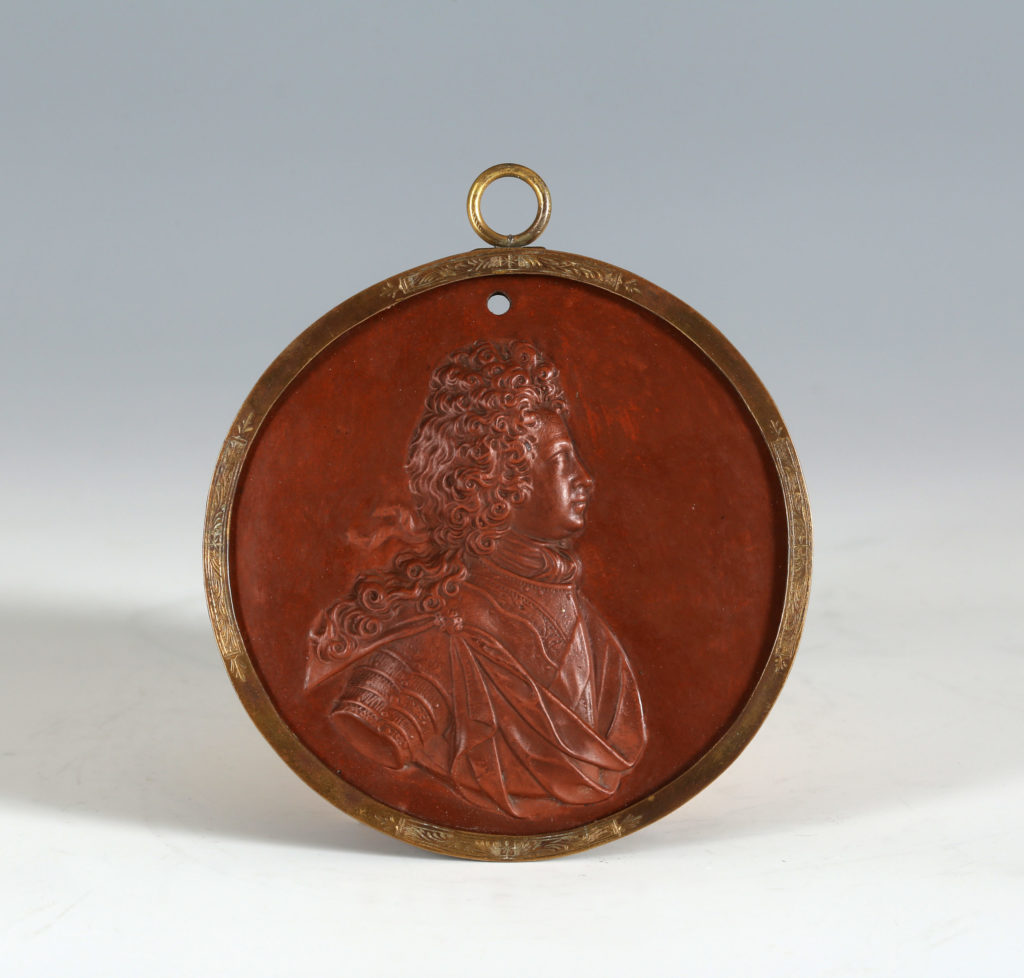 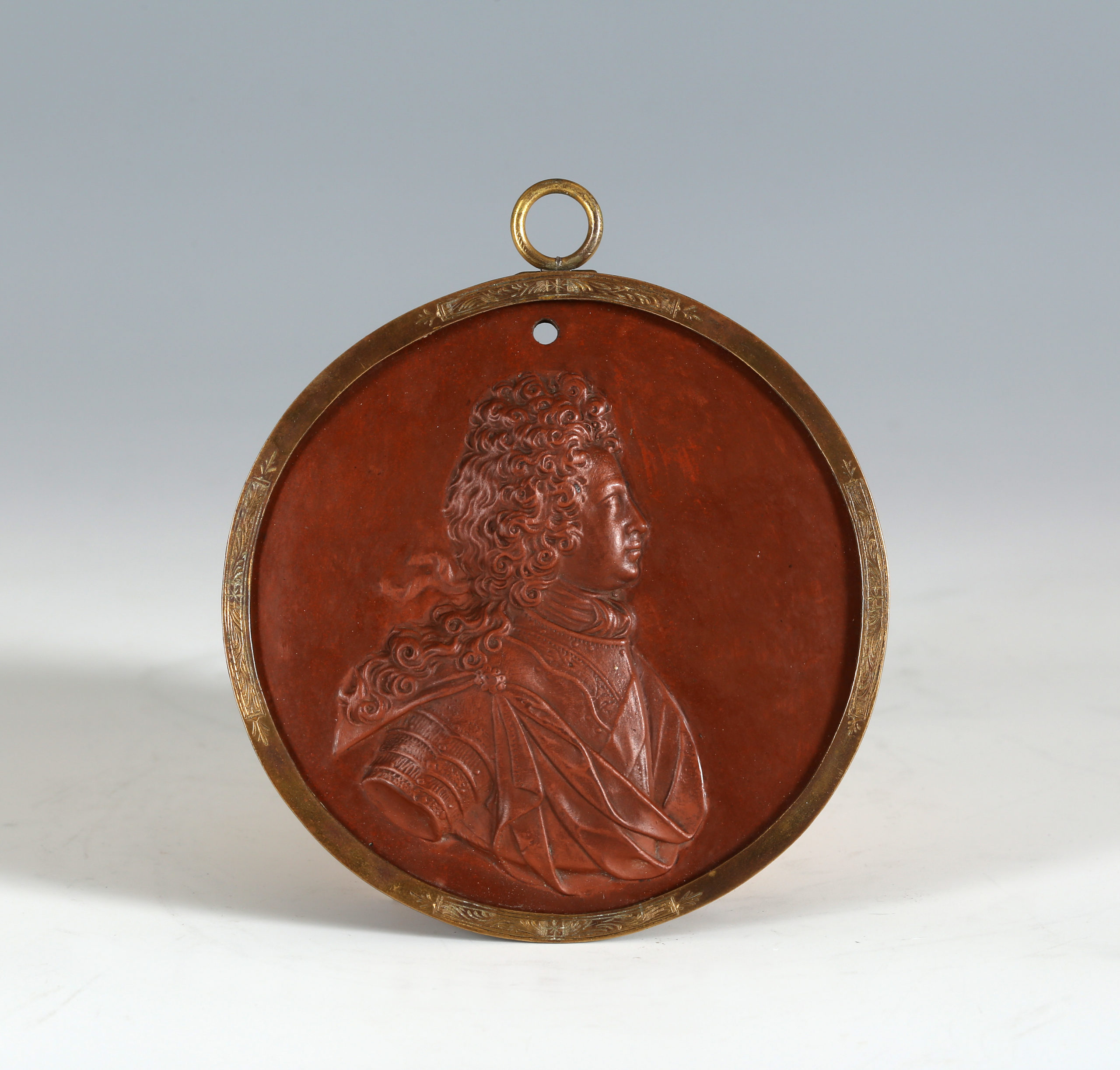 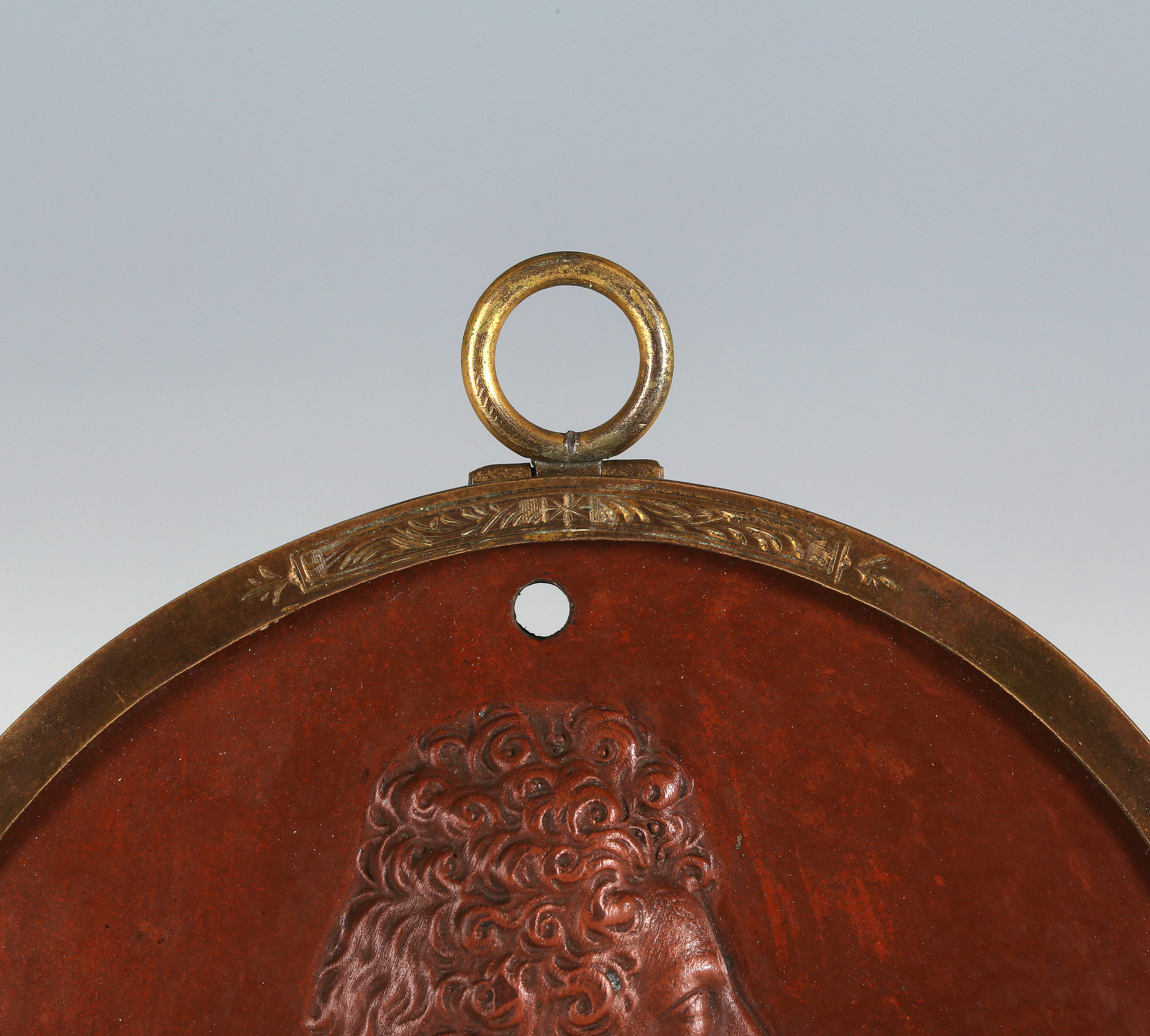 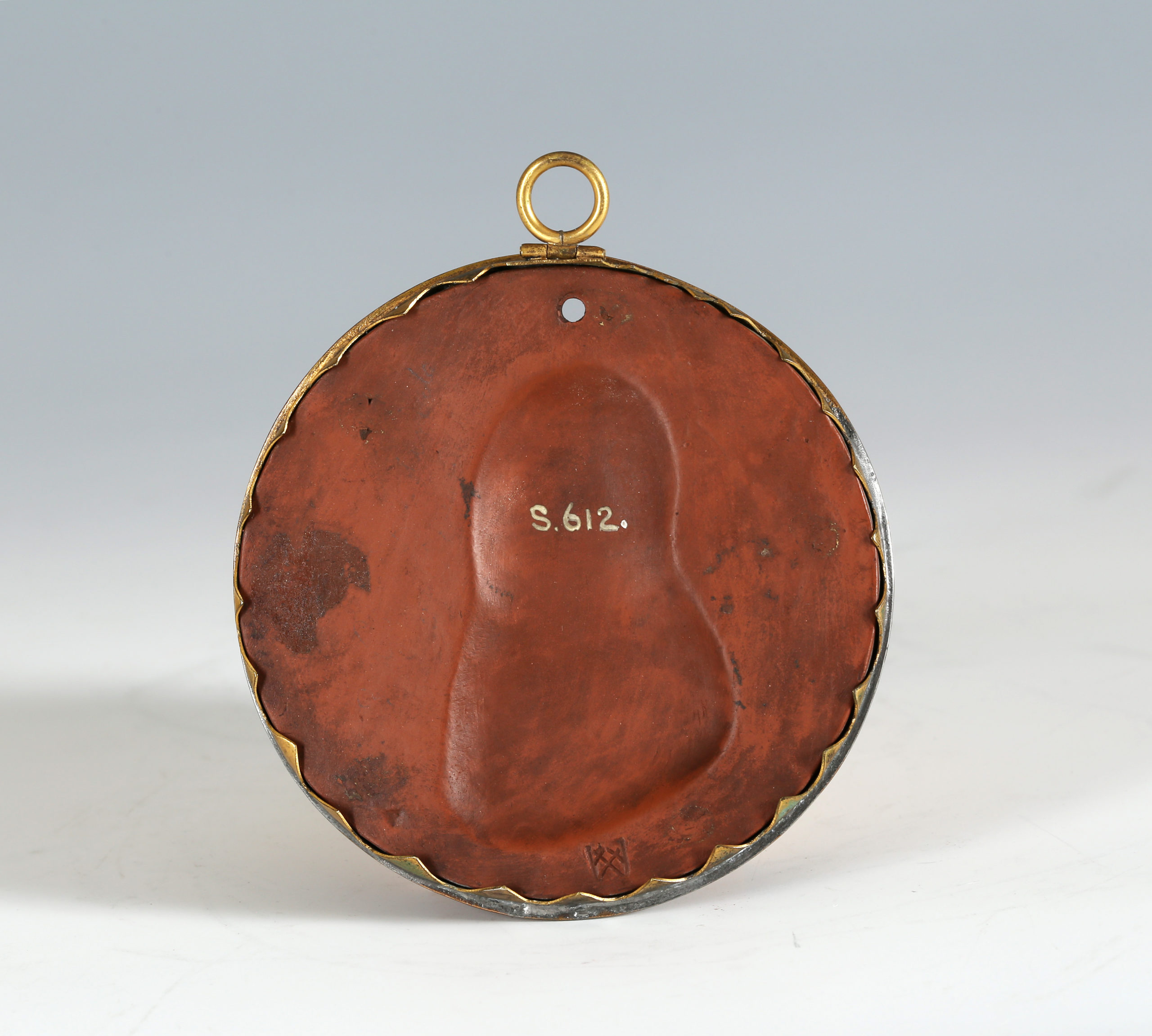 Moulded facing to the right and set against a polished ground, pierced for suspension and held in a lightly gilt bronze frame.

A number of other examples of these rare medallions of royal figures are recorded including Augustus the Strong, Tsar Peter the Great and Frederick IV, King of Denmark.

Henry Prachter, in Keramos no.148, discusses an example in a private collection and identifies it as Friedrich Augustus. He illustrates an engraving by Martin Bernigeroth of 1710 from which it might have been taken. He discusses the Franks example in the British Museum which had previously been identified as Johann Georg of Sachsen-Weissenfels.

Klaus Boltz established that all Böttger stoneware was fired before 1713 so it is interesting that this medallion and others of this series have the crossed swords mark impressed, the painted crossed swords mark was only introduced on porcelain from around 1724.

On 3rd June 1878 Lady Charlotte Schreiber was in Berlin and records in her journal that  after putting her name down at the Palace to enquire after the health of the Emperor who had suffered an assassination attempt, she records buying “a good Medallion portrait of Augustus the Strong in Böttger ware”. Our medallion is in an identical frame to her Augustus the Strong which has a consecutive inventory number and was sold in the same Stansted Park sale,  and so was presumably bought at the same time.

Lady Charlotte Schreiber’s British ceramics were left to the Victoria and Albert Museum whilst her continental collection was either sold or left to her children.

Condition:
No damage or restoration. The gilt metal frame is probably of later date.