A MEISSEN CIRCULAR BOX AND COVER 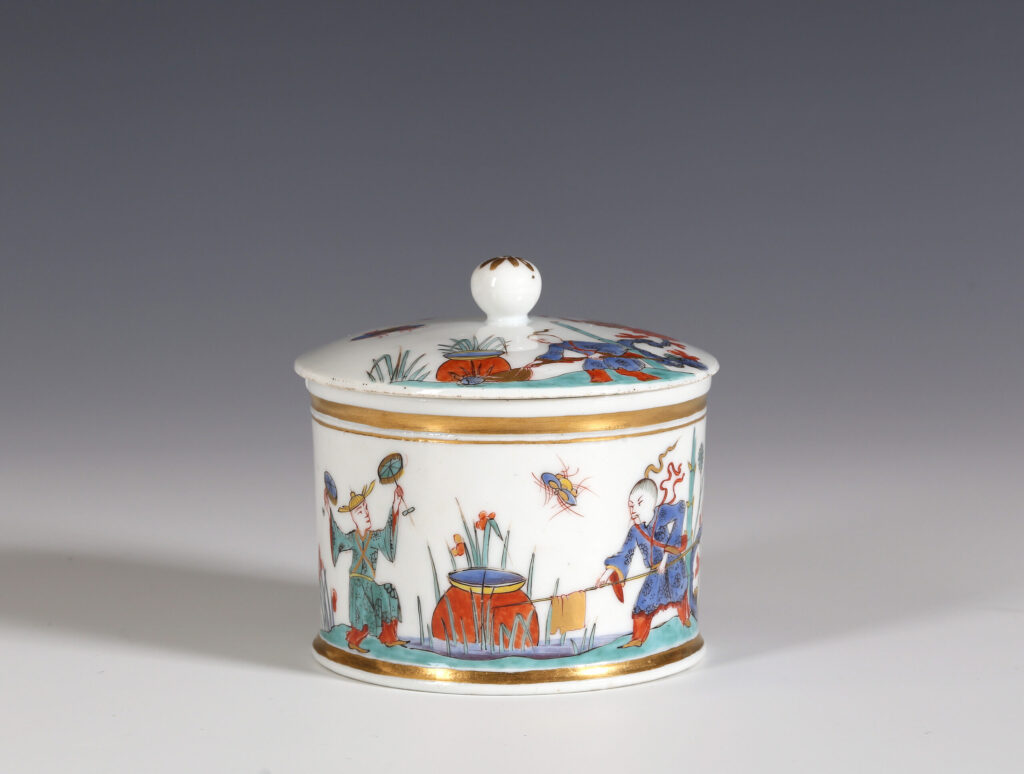 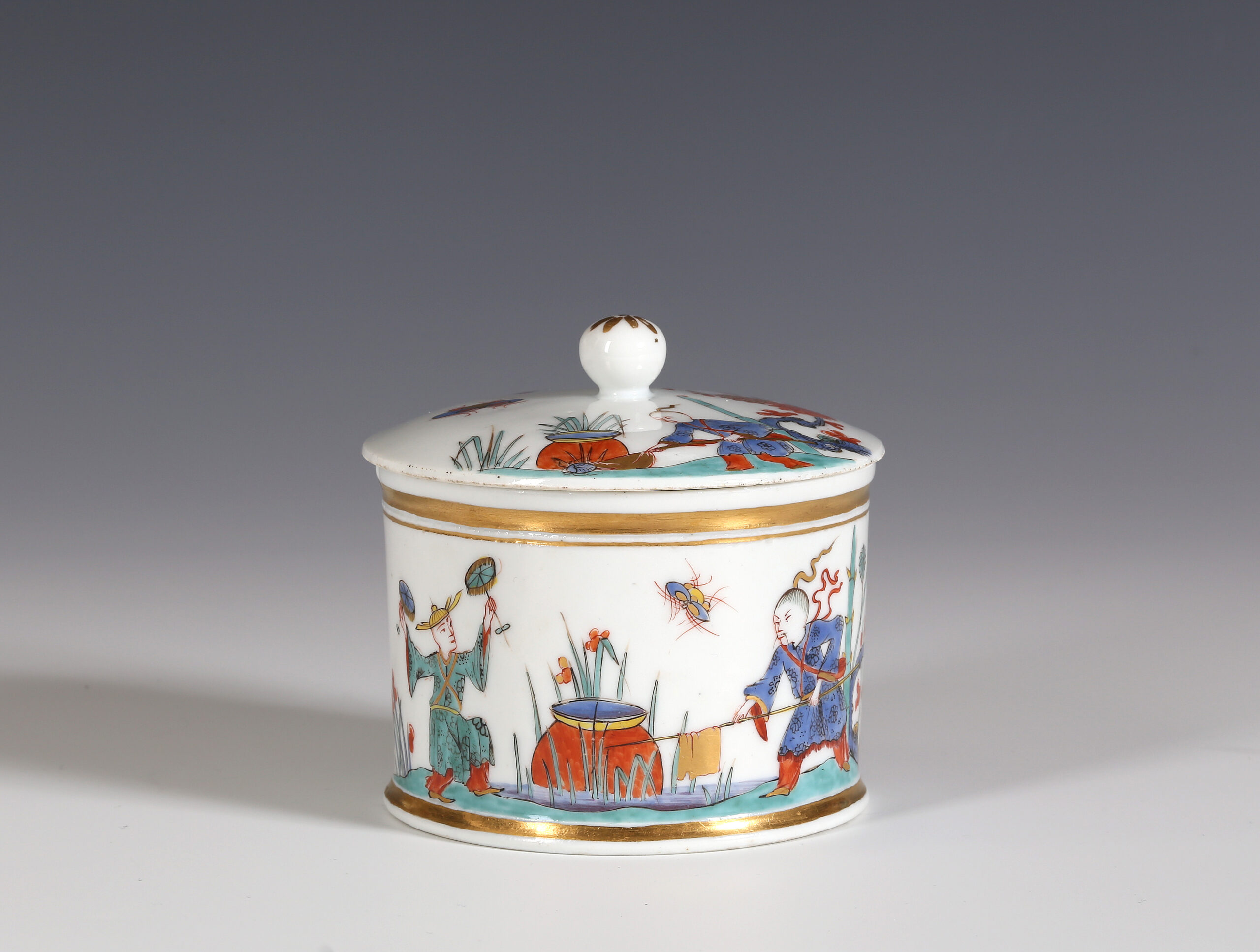 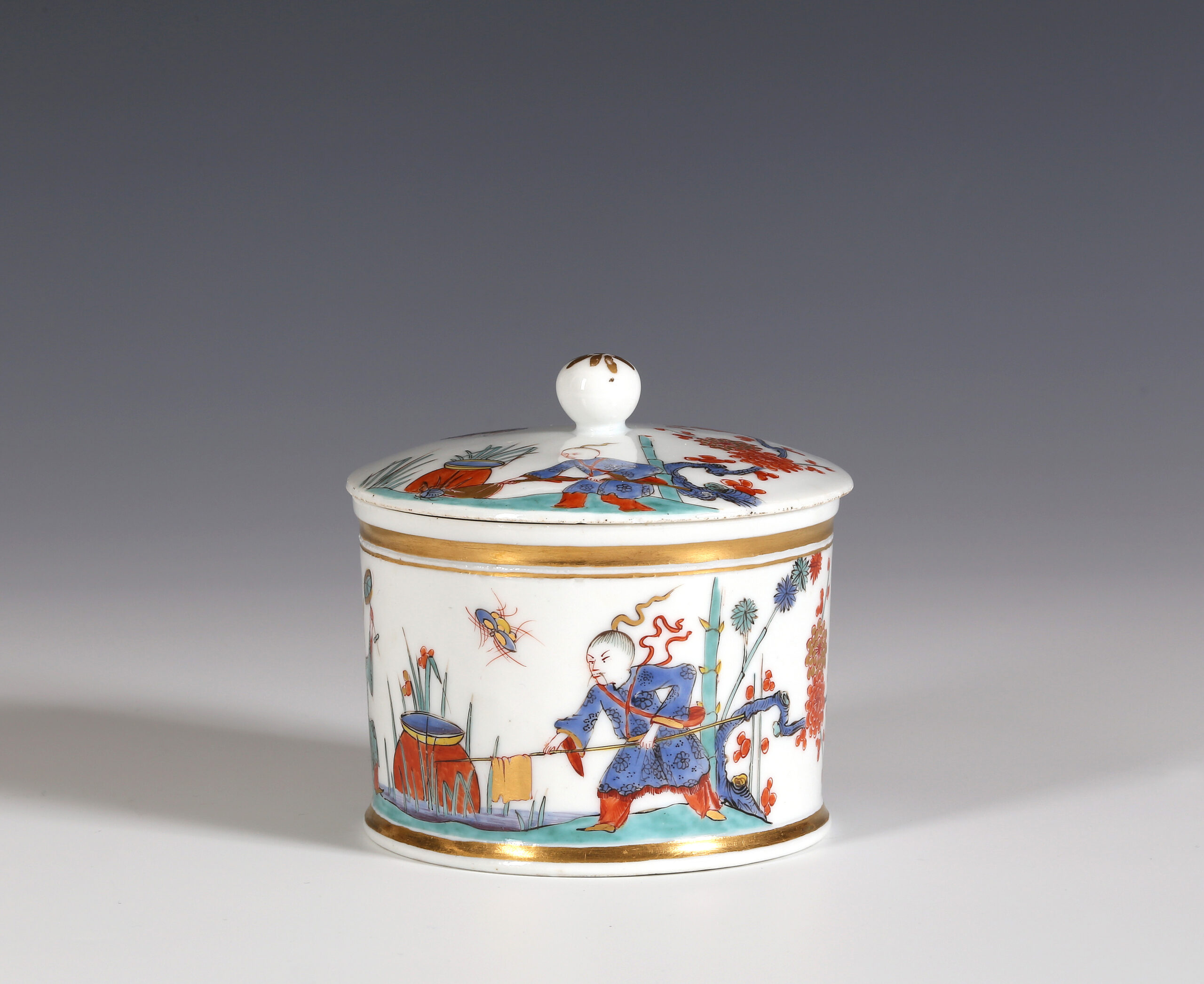 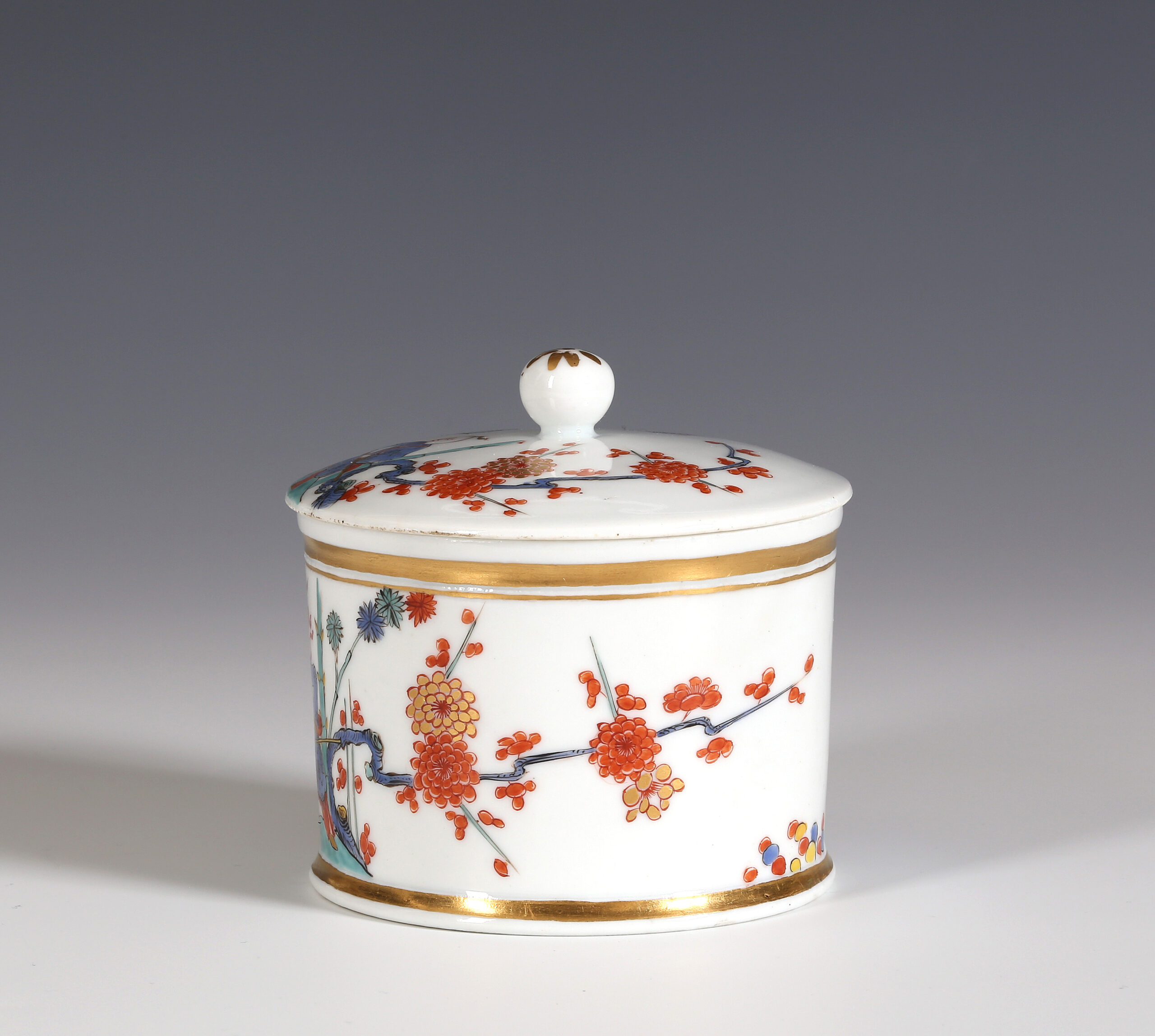 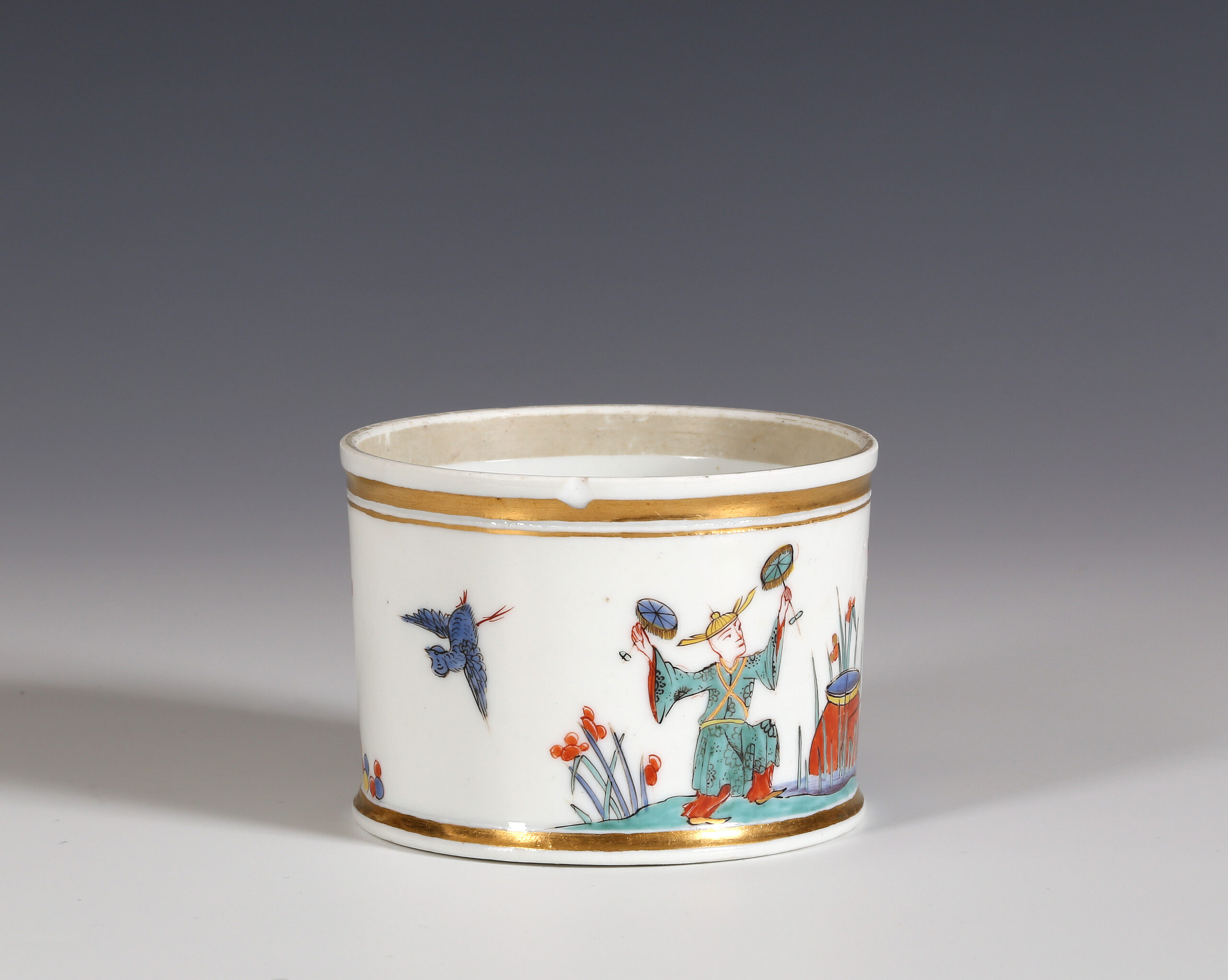 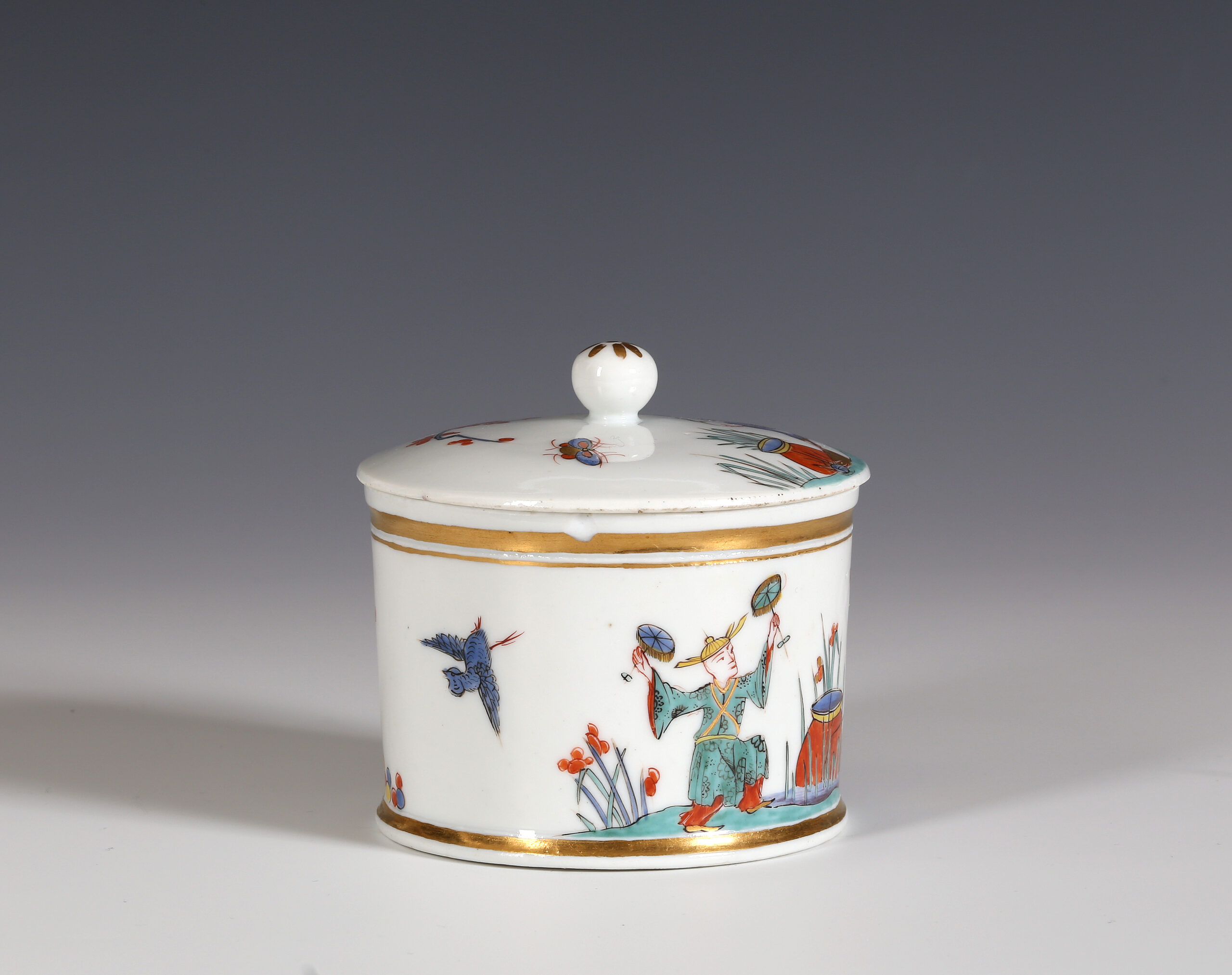 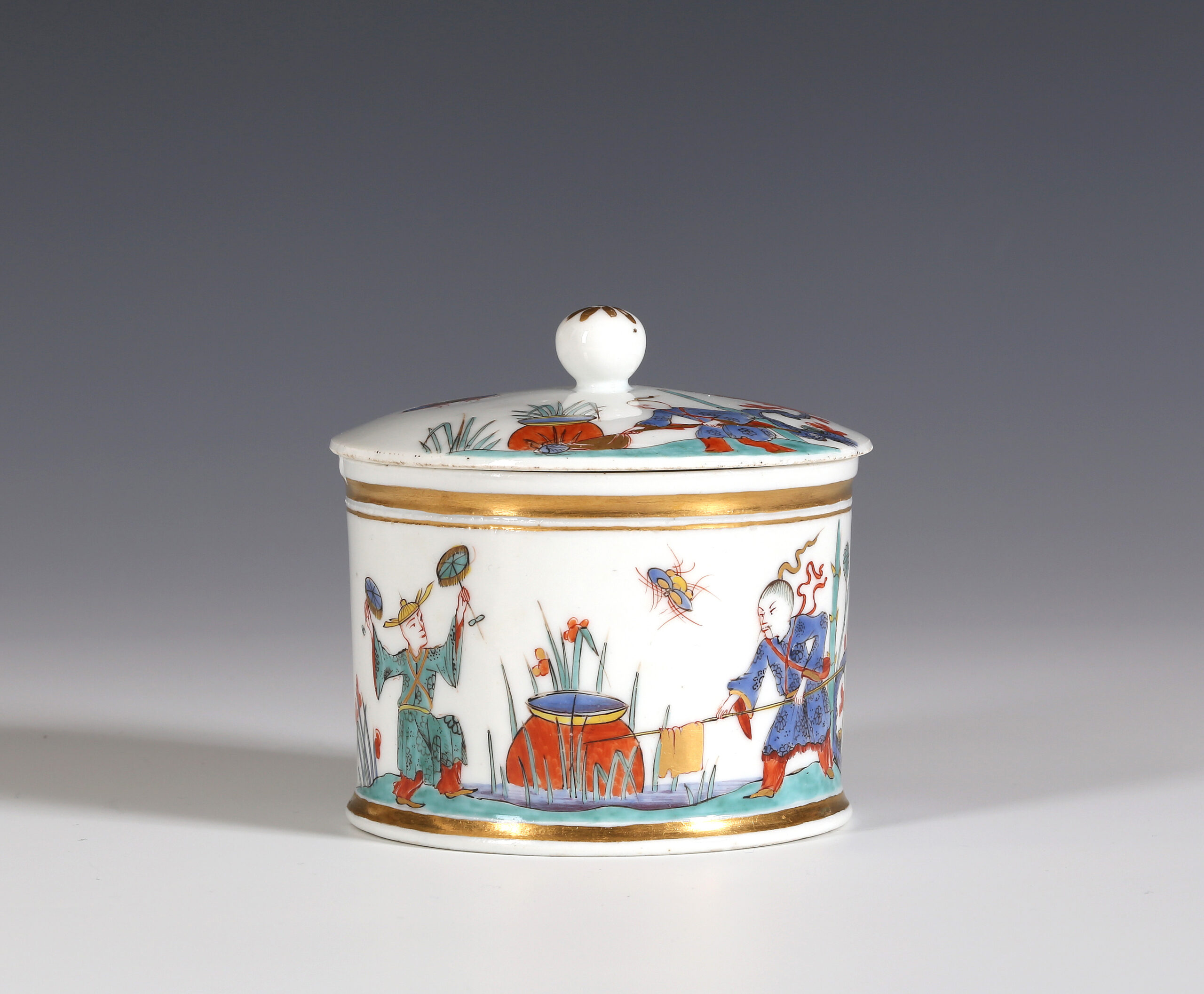 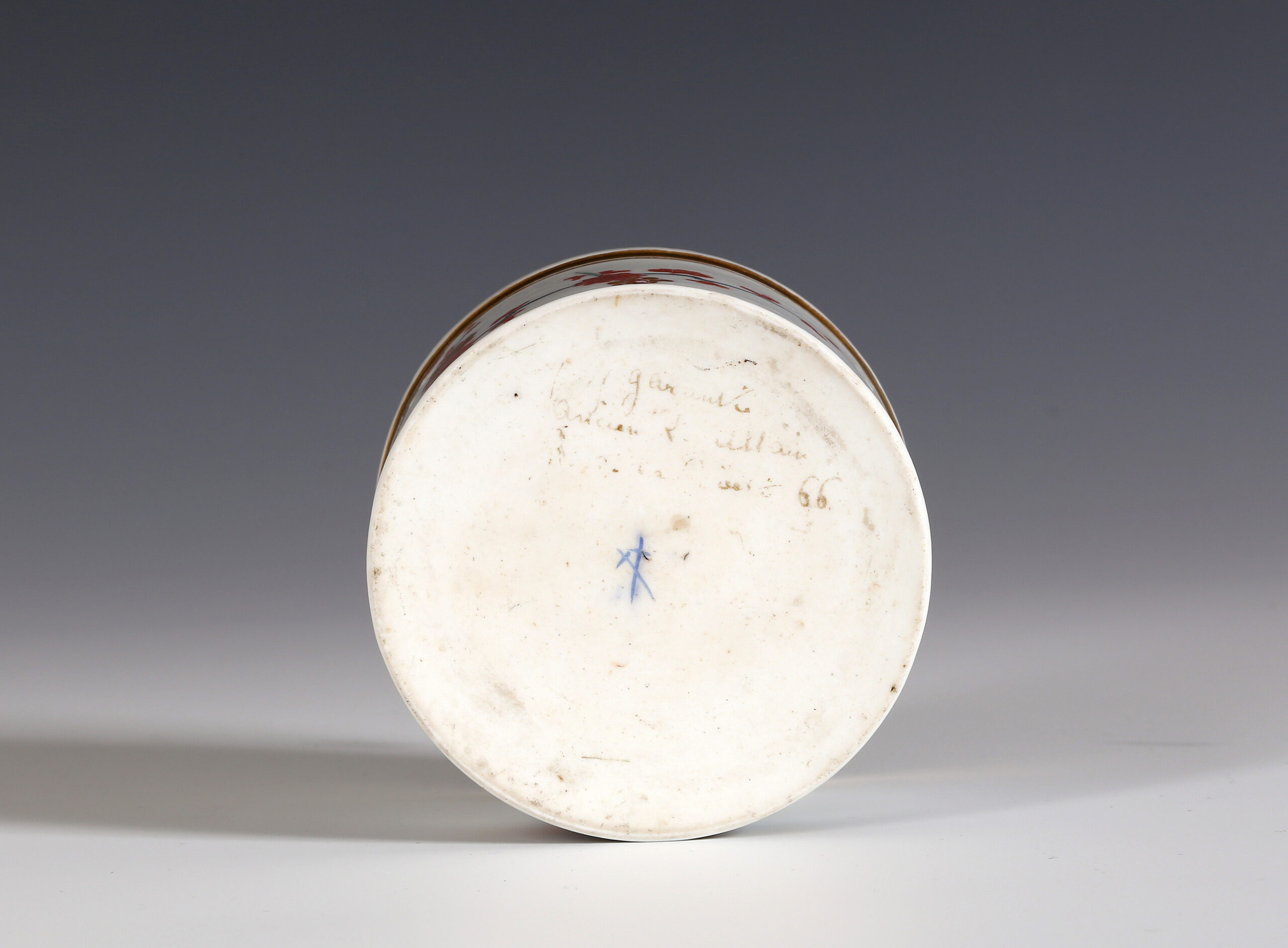 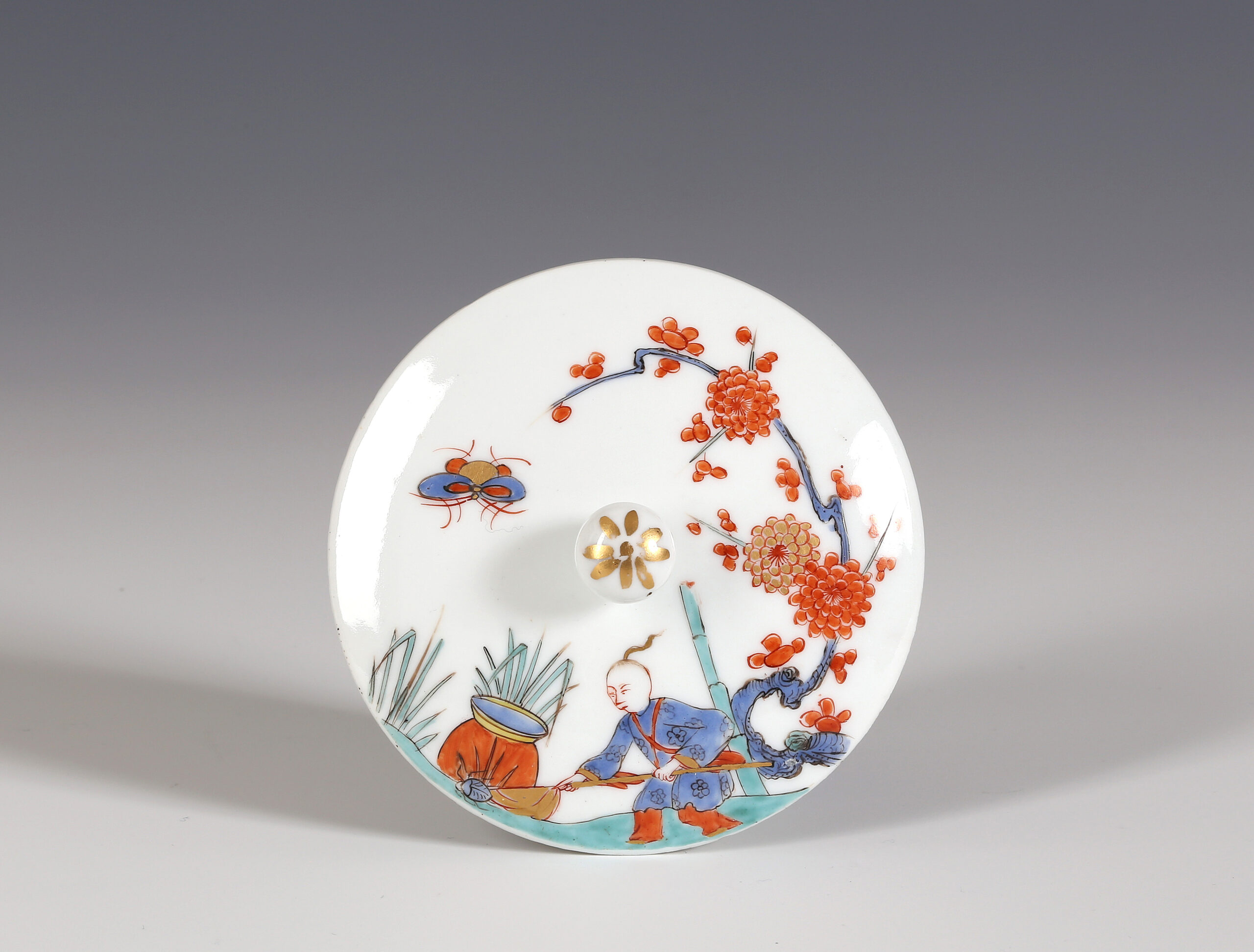 A MEISSEN CIRCULAR BOX AND COVER

Both the form and the decoration of this jewel-like box are unrecorded. It is perhaps part of a toilet service. The body is decorated in a Kakiemon palette with two Chinese figures around a half-buried bright red vessel. The design is adapted with great vitality from the familiar Shiba Onko or ‘Hob in the Well’ pattern but enriched with more detail and fantasy. The brilliant white porcelain is typical of the early feldspathic porcelain developed from the end of the 1720s which was a perfect foil to the brilliant Kakiemon enamels.

Toilet services, often in silver-gilt, were amongst the most prestigious gifts, a ‘Seladon’- ground Meissen service with circular boxes preserved in the Residenz, Munich, was probably a gift Dowager Empress Wilhelmine Amalie of Habsburg (Lessmann 2008, Chap. 6, p. 118, figs. 6-16).

The over-glaze crossed swords mark might suggest that this was part of the orders for Paris commissioned by Rudolph Lemaire but since the base is unglazed anyway this is not necessarily so.