A MEISSEN FIGURE OF A SADDLER 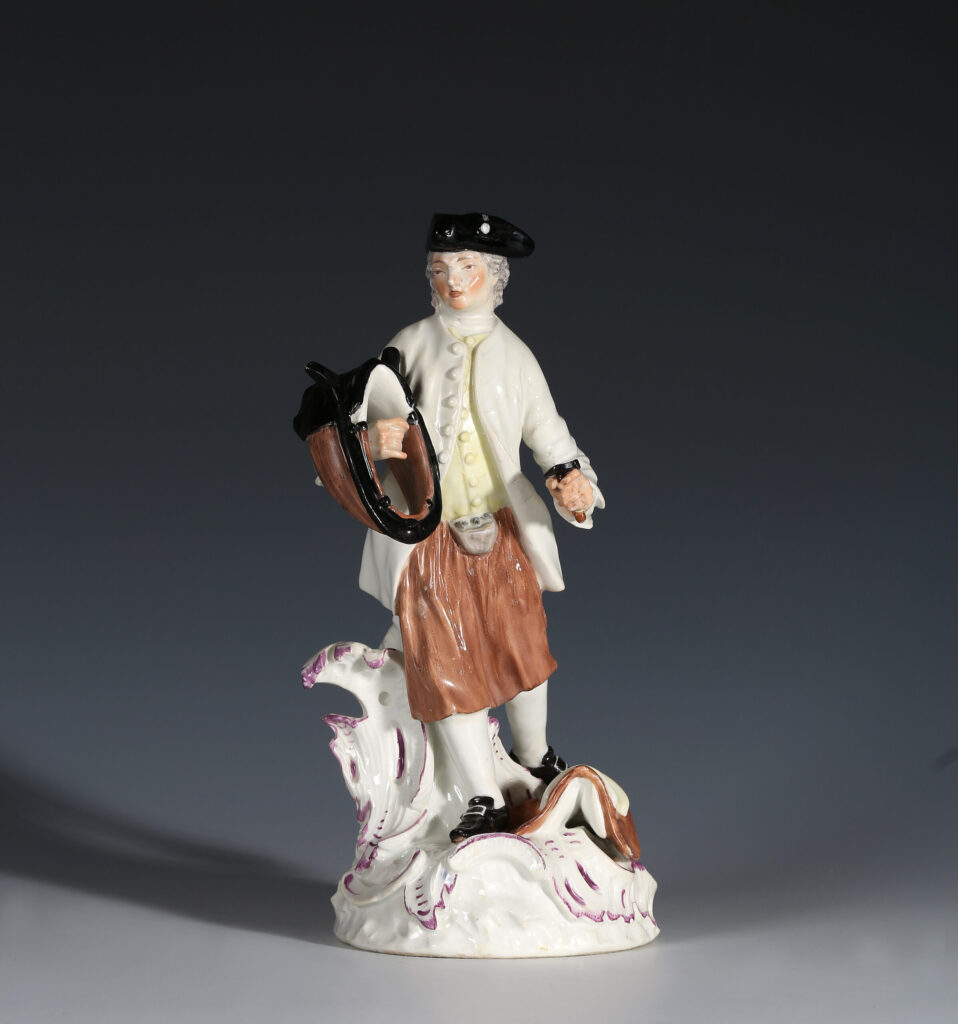 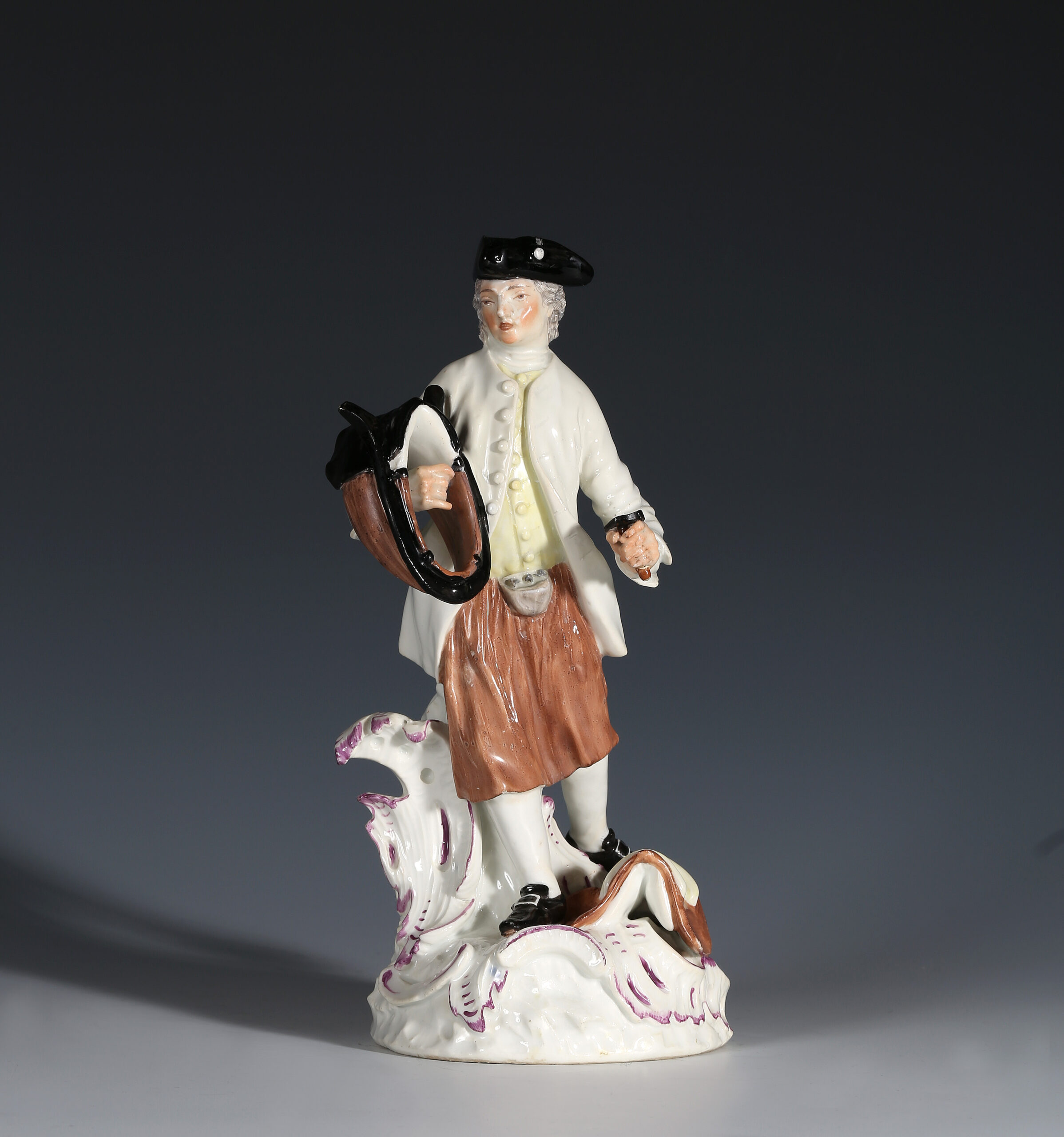 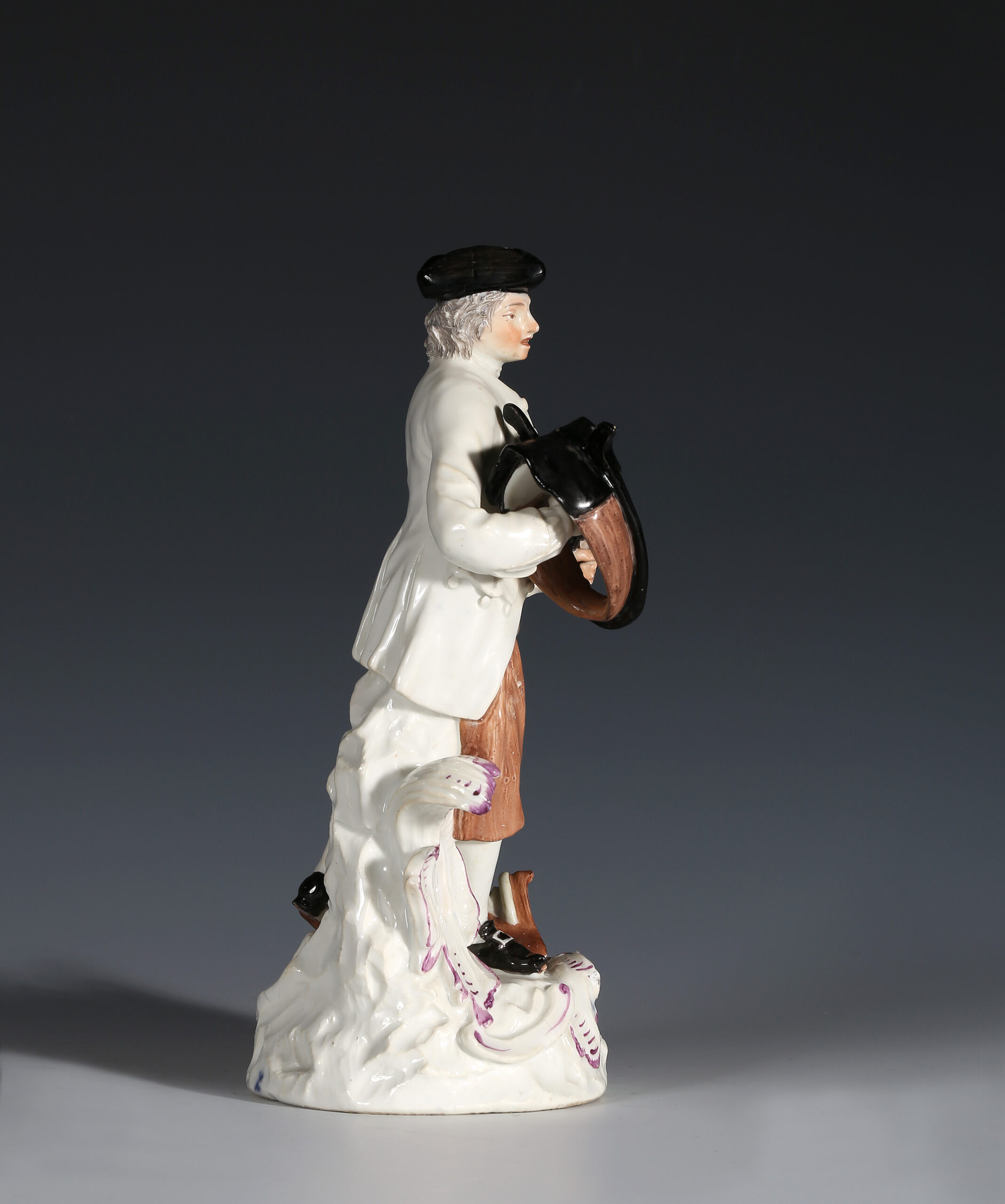 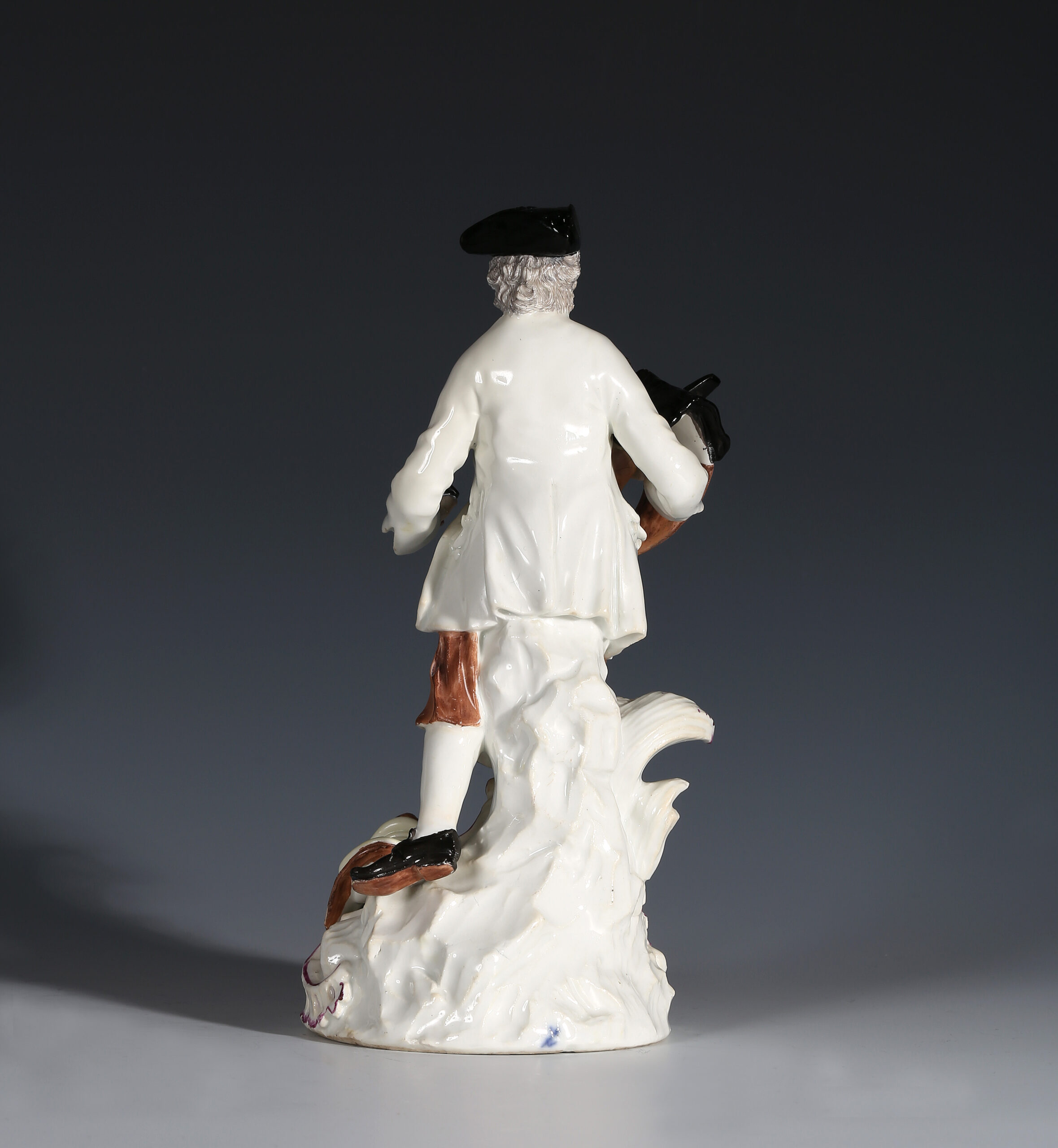 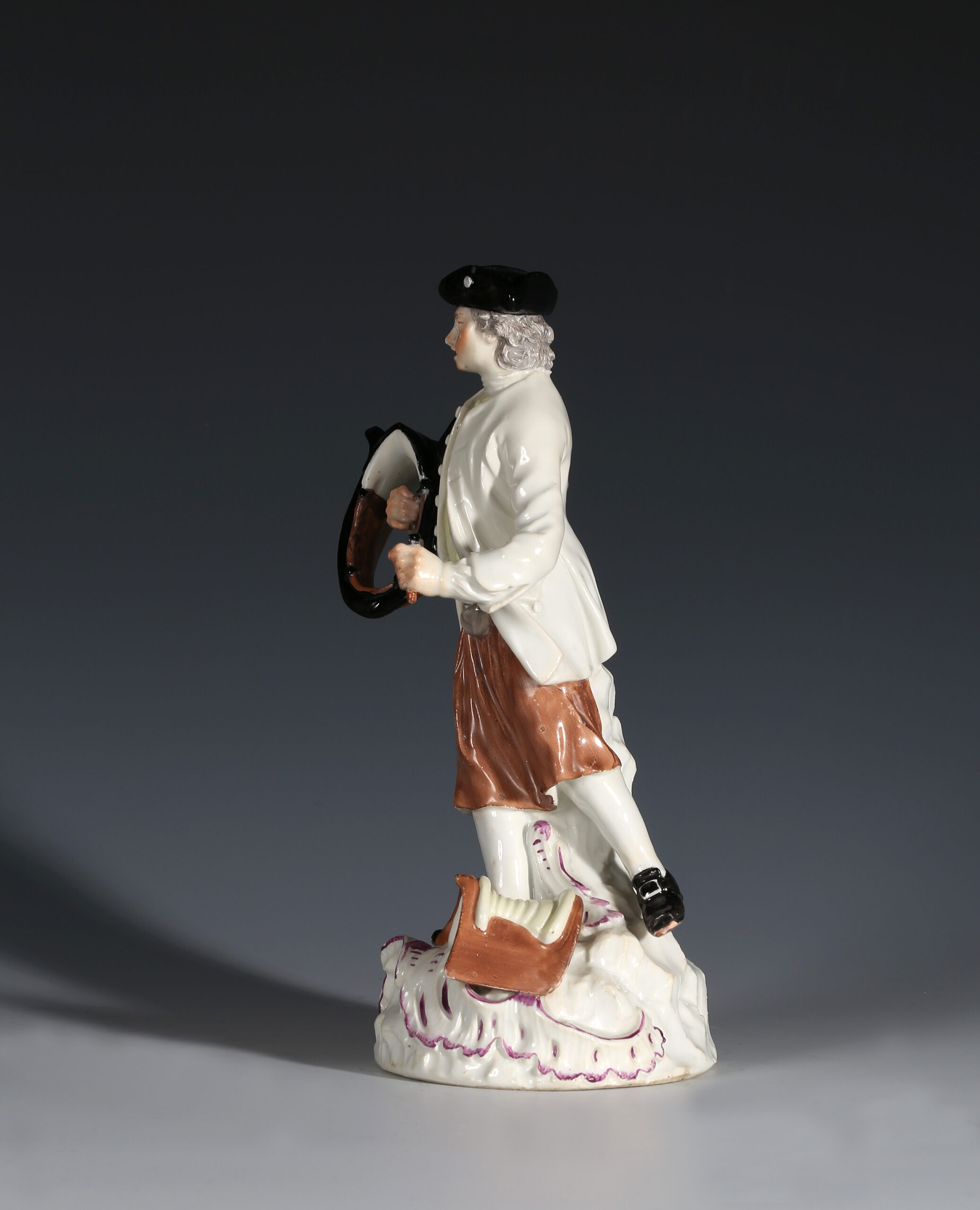 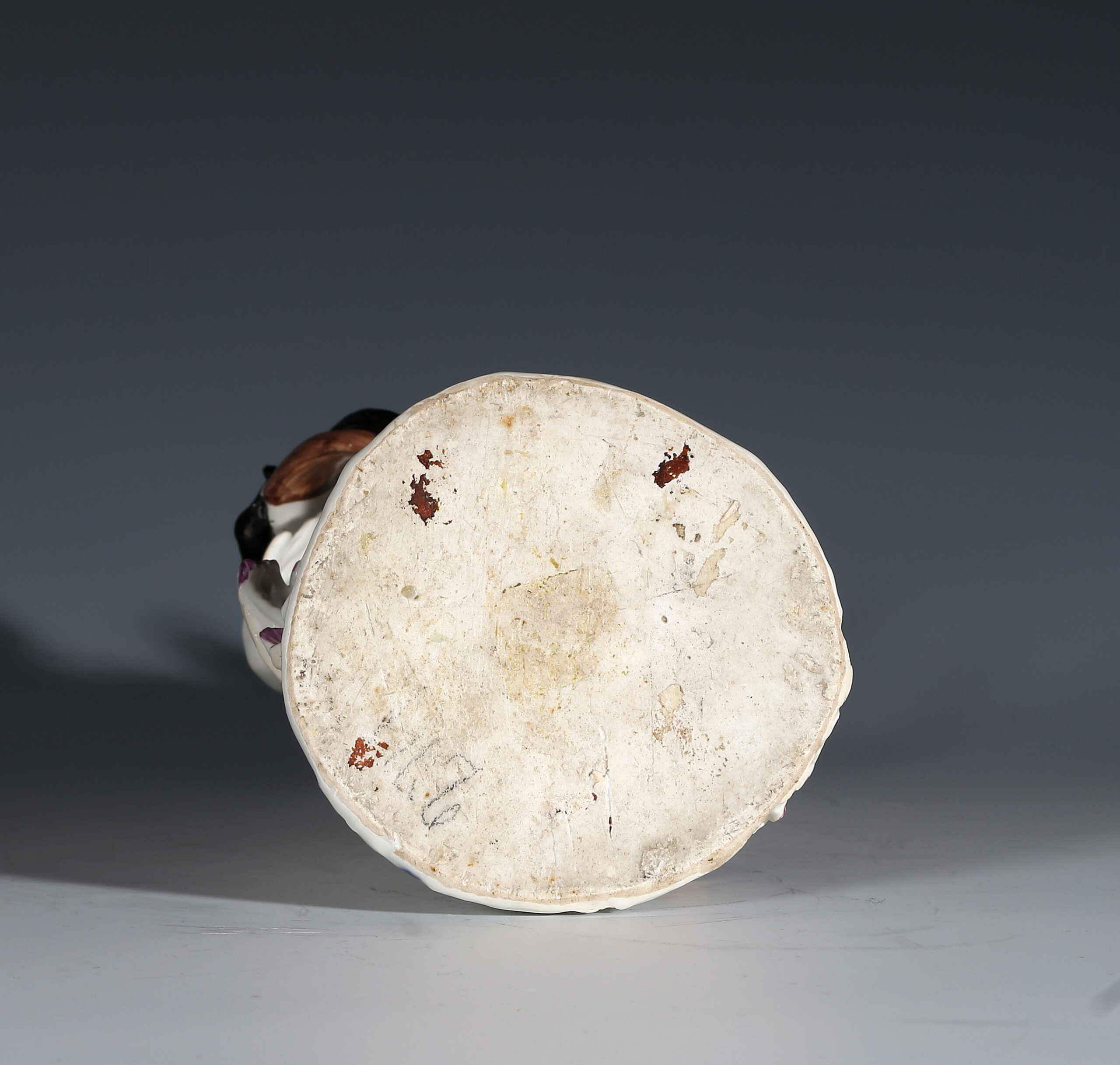 A MEISSEN FIGURE OF A SADDLER

from the Artisan series
Modelled by Johann Joachim Kändler
Blue crossed swords mark to back of base
Circa 1755
22.3 cm high

Standing by a saddle and holding a horse collar in his right arm and supported on a scroll base outlined in enamels.

The Artisans are one of the most ambitious of Kändler’s series of figures in scale and complexity. Kaendler was particularly at home modelling real people with whom he was familiar and could observe at work. The complete Artisan series is comprised of eighteen figures, mostly men as one would expect since guilds and craft associations tended to exclude women. The three women of the series are the seamstress, spinner and the washerwoman who is simply listed as the cooper’s wife.

The best of this series are plainly coloured to suitably and realistically reflect the status of their craft. The rococo scroll bases of the Artisan series are, unlike most other series, usually outlined in enamel colours rather than gold which is said to reflect the shortage of gold as the Seven Years War approached.

I am grateful to Alan Shimmerman for sharing his views on this series.

Condition:
Arms and saddle restuck, and tip of saddle and handle of hammer made up. Nose restuck and tips of tricorn restored