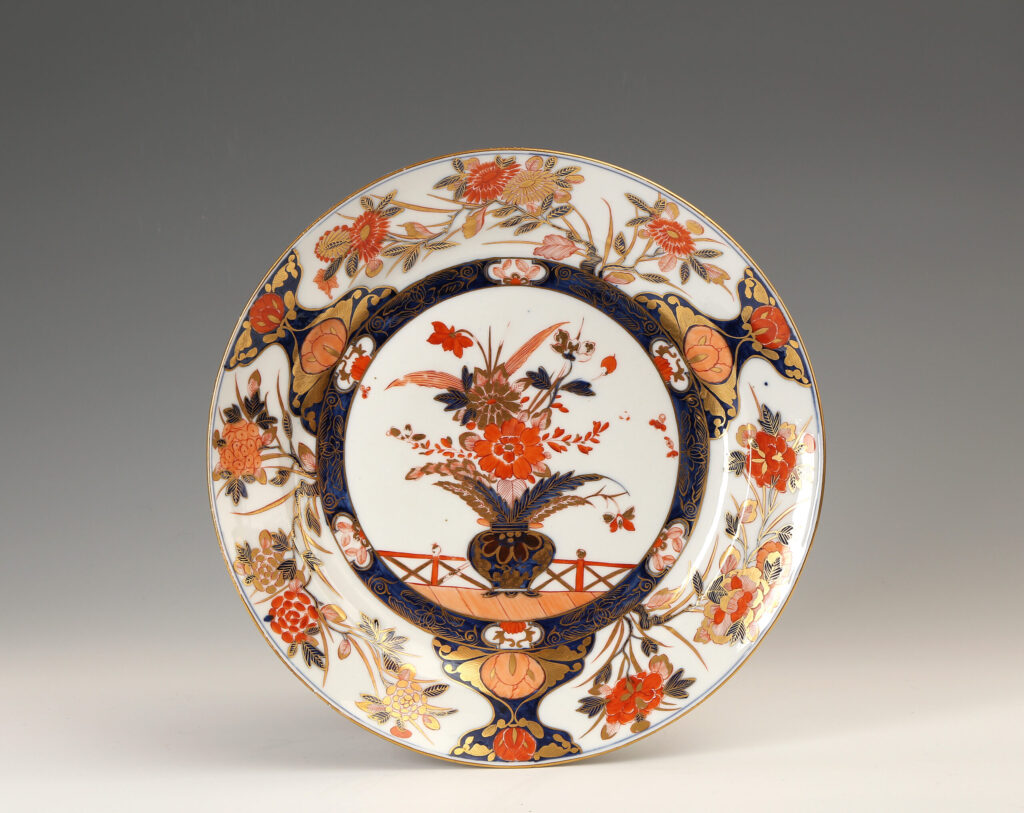 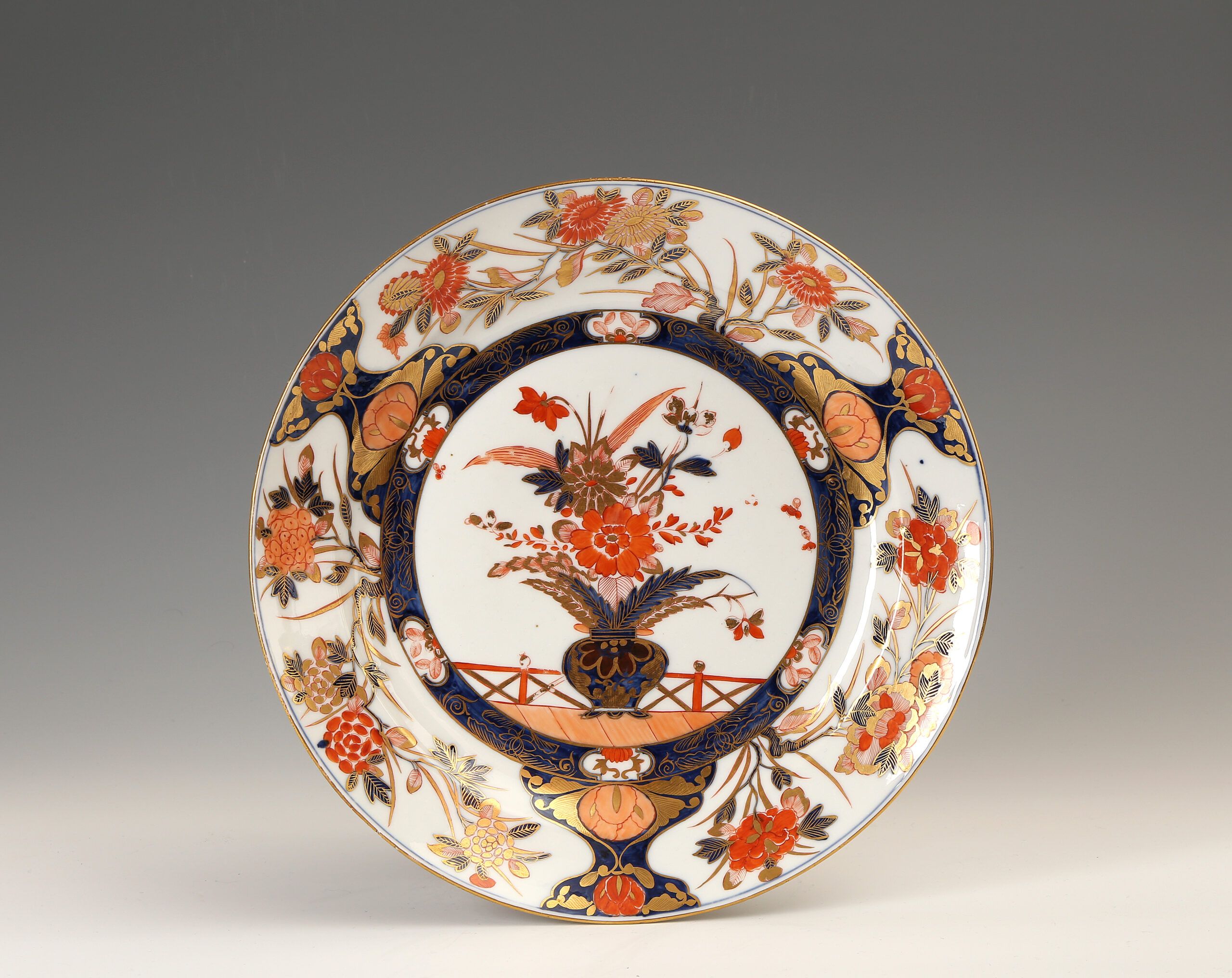 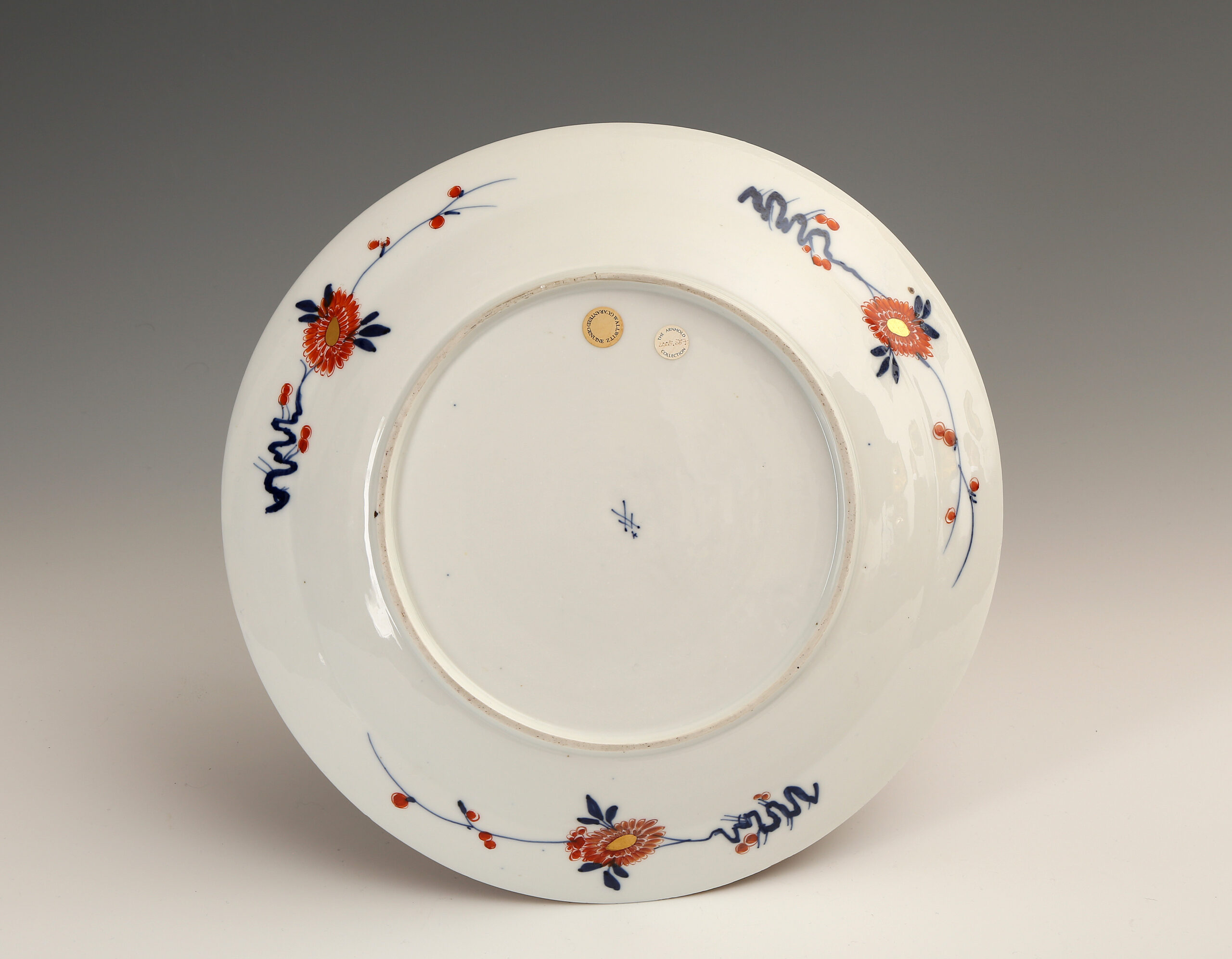 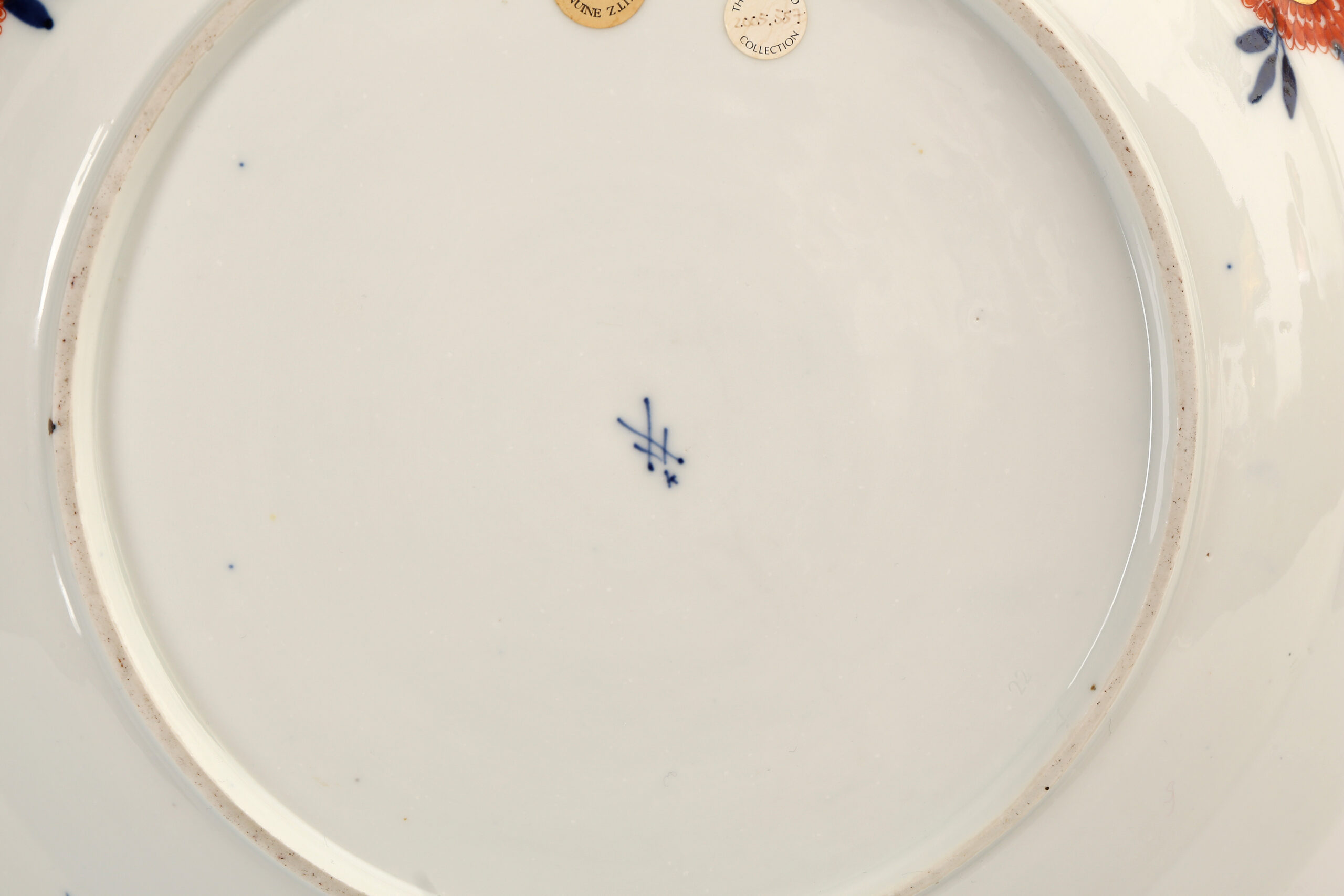 This is an exceptionally striking and bold interpretation of the Japanese Imari palette and an extremely rare design at Meissen.

Numerous large Japanese Imari chargers are preserved in the Saxon royal porcelain collection in the Porzellansammlung, Dresden and were part of the interior decoration of many palaces. The simple palette of underglaze blue, iron-red and gold, sometimes enhanced with other enamels, appealed to the baroque sensibility across Europe. 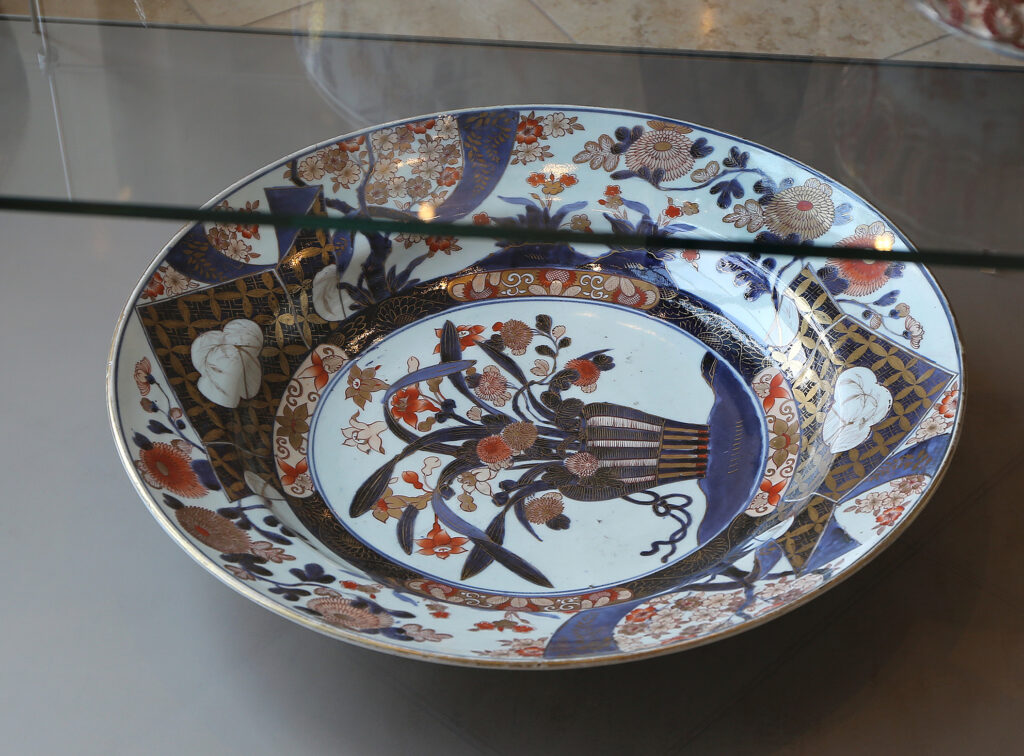 The palette on the original Japanese chargers from which this dish is copied is typically rather muted, the blue somewhat greyish, the glaze sometimes crazed and the gold thin. It was a source of pride at the Meissen factory that their porcelain was very much whiter and their colours much bolder and more intense than those of the original Japanese Imari wares.

The ‘K’ mark is attributed to Johann David Kretschmar who worked at Meissen between 1726 and 1751.

Condition:
Some losses to the gilding and minor wear. No restoration.