A MEISSEN SQUARE BOWL COPIED FROM A JAPANESE ORIGINAL 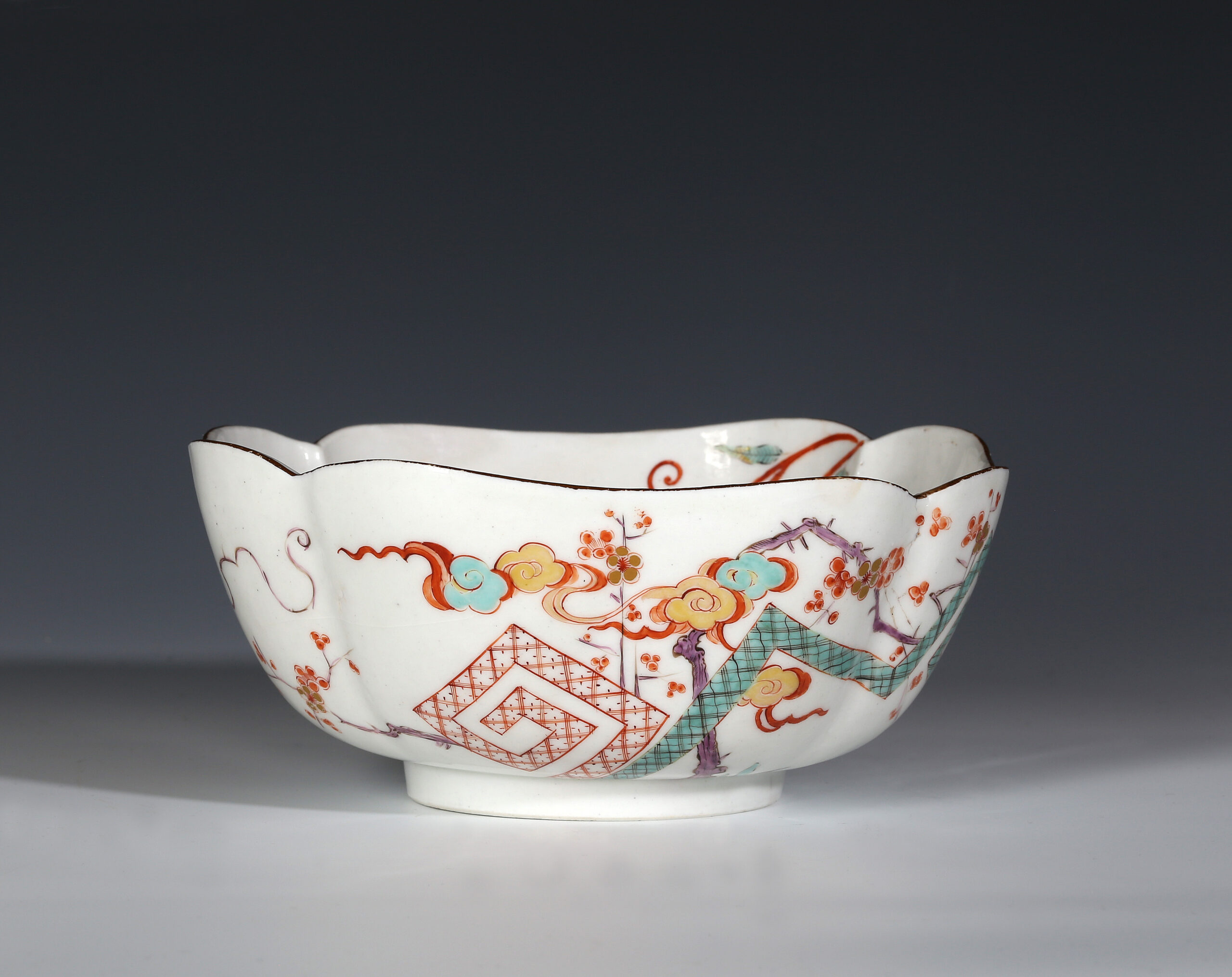 A MEISSEN SQUARE BOWL COPIED FROM A JAPANESE ORIGINAL

This extremely rare and apparently unrecorded Meissen bowl is moulded directly from a Japanese Arita example of about 1700, one of which is preserved in the Zwinger in Dresden. The interior of the Japanese bowl has a moulded wave pattern which also appears on our Meissen version. The reduced definition of the wave pattern is to be expected from having been taken from a glazed original. The enamel decoration of a ‘thunder-scroll’ pattern interlaced with flowering chrysanthemum and prunus branches and clouds copies the Japanese precisely. The Japanese original in Dresden (inv. No. P.O. 486) is incised with the Japanese Palace Inventory number, N: 10 □.

This bowl is part of the consignments of porcelain made for the Paris merchant Rudolph Lemaire, that he intended to sell in Paris as Oriental originals. 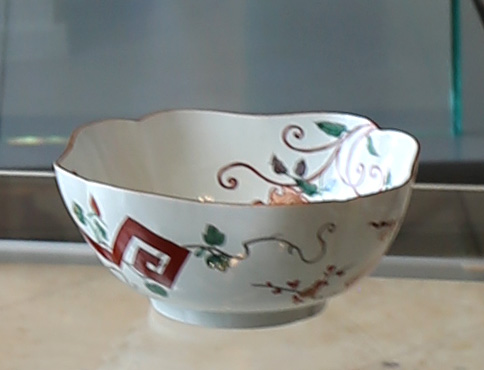 The Japanese original in the Zwinger, Dresden

The Japanese original – one of only two in the collection of Augustus the Strong – is included in a list of Japanese and Chinese porcelain taken from the Elector’s collection in the Holländisches Palais (later known as the Japanisches Palais) in Dresden on 24th December 1729, to serve as models for the Meissen manufactory (published by Claus Boltz, ‘Hoym, Lemaire und Meißen – Ein Beitrag zur Geschichte der Dresdner Porzellansammlung’, Keramos 88 (1980), p. 95). These pieces were chosen by Lemaire without the Elector’s knowledge but with the permission of Count Hoym, the Manufactory Commissioner. Over 4500 Meissen copies of both Japanese and Chinese porcelain were subsequently confiscated from Hoym’s palace in 1731 and returned to the Japanese Palace.

The Japanese original is recorded in the inventory of the Japanese Palace begun in 1721, as well as in the 1770 inventory: ‘Zwey gemuschelte detto (Spühl Napf), inwendig mit erhabenen kleinen Zierrathen, und braunen Rändern, 3 3/4 Zoll tief, 7 1/2 Zoll in Diam., Nr. 10‘ [two lobed ditto (rinsing bowls), inside with small raised decoration, and brown rims] (quoted by Boltz). Two lists by J. G. Höroldt of 1731, also published by Boltz, record that one Meissen copy of the Japanese bowl was made to serve as a model for the painters after the original was returned to the Japanese Palace.

Another Japanese example is in the Ashmolean Museum, Oxford, published by John Ayers et al., Porcelain for Palaces (1990), no. 212. In the Ashmolean is also a Derby porcelain copy of c. 1770 from the Marshall Collection, which was previously published as Worcester (Ayers et al.no. 347).

With acknowledgments to Sebastian Kuhn for the elucidation of the origins. 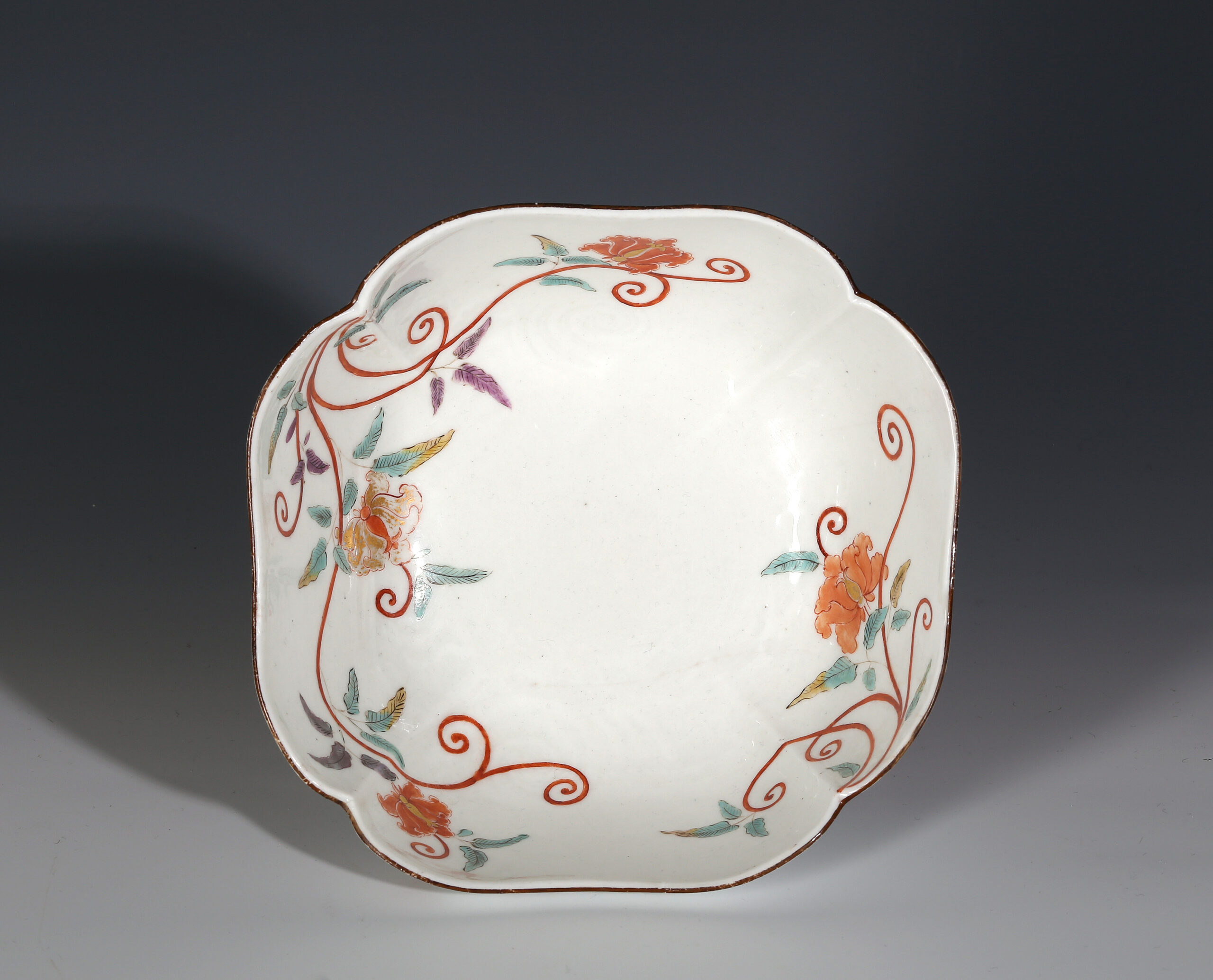