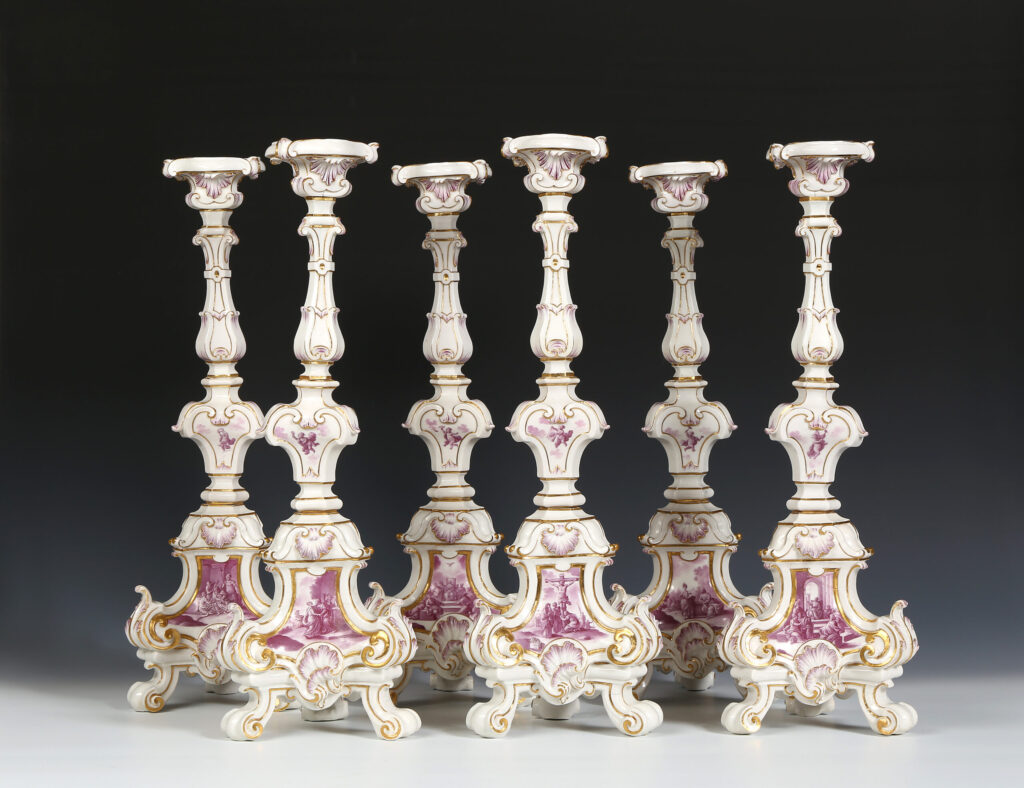 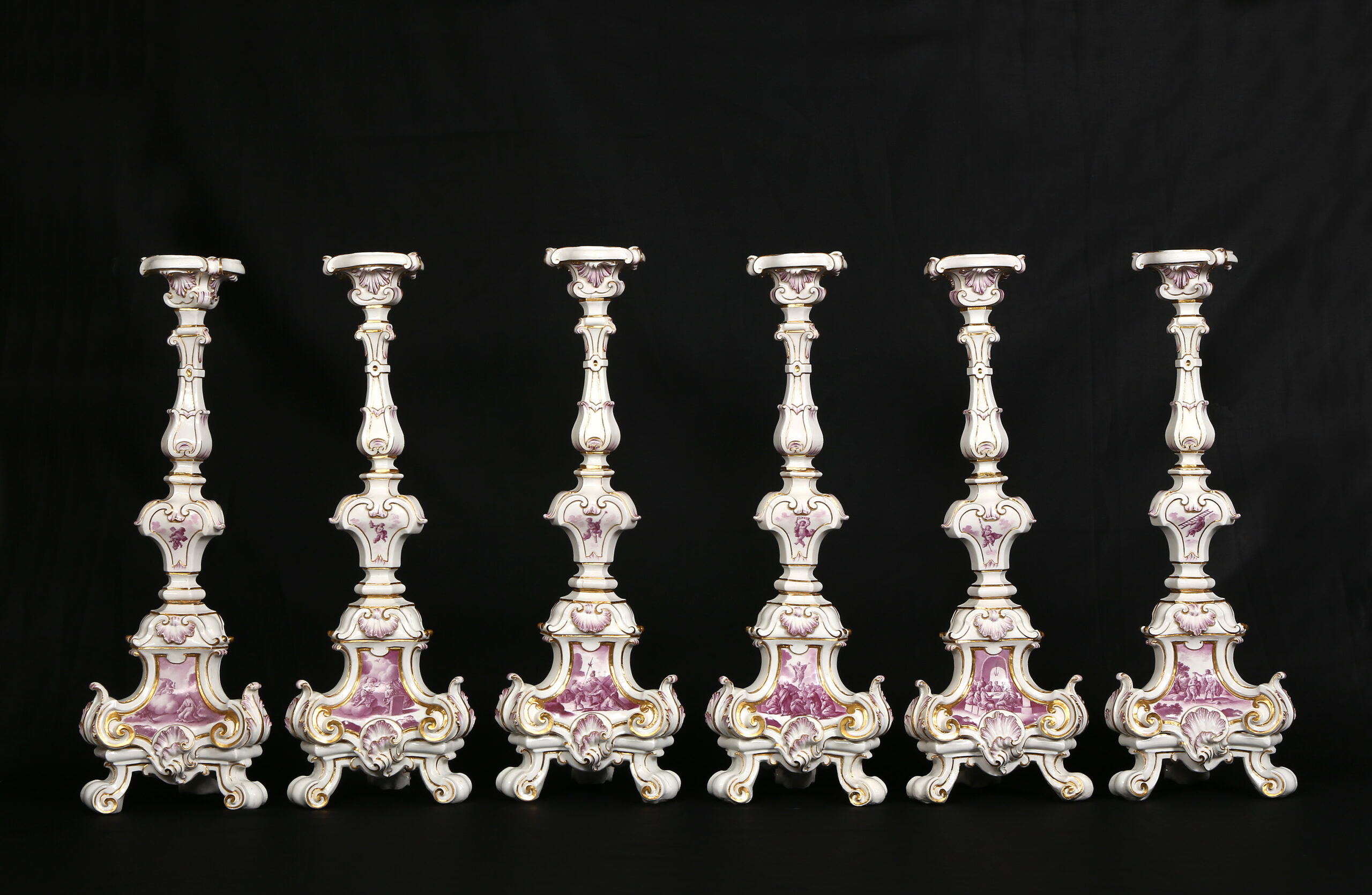 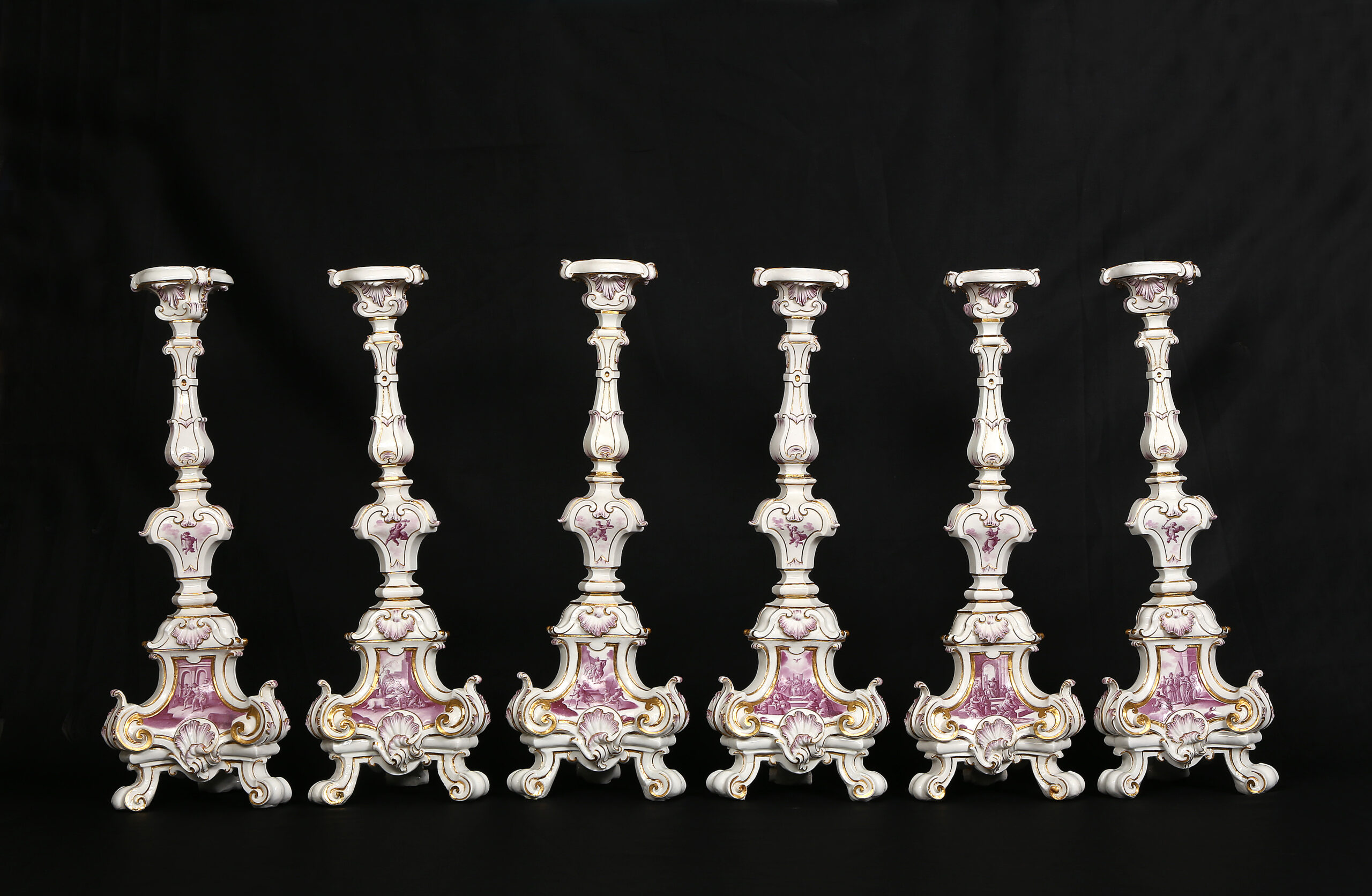 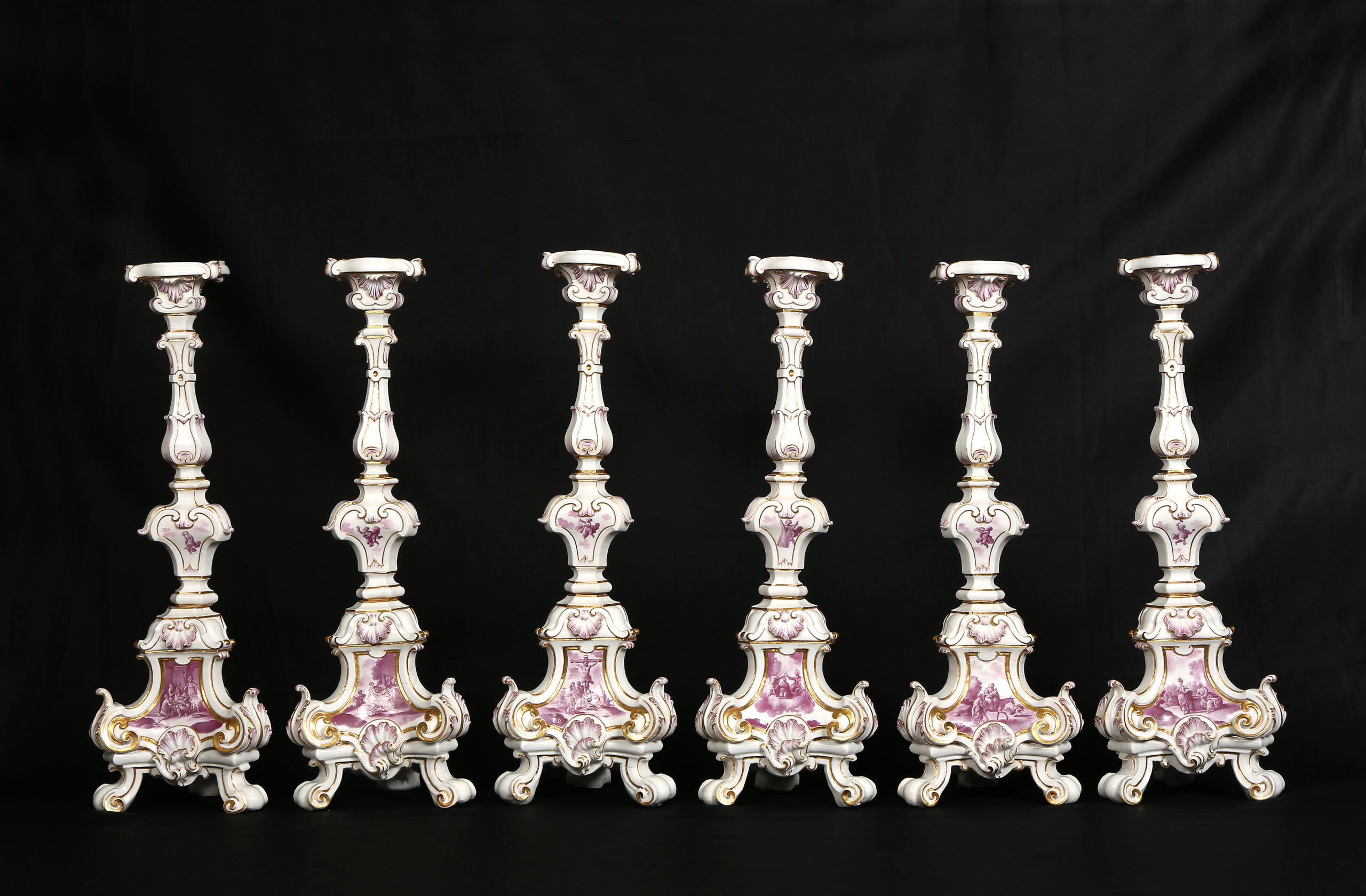 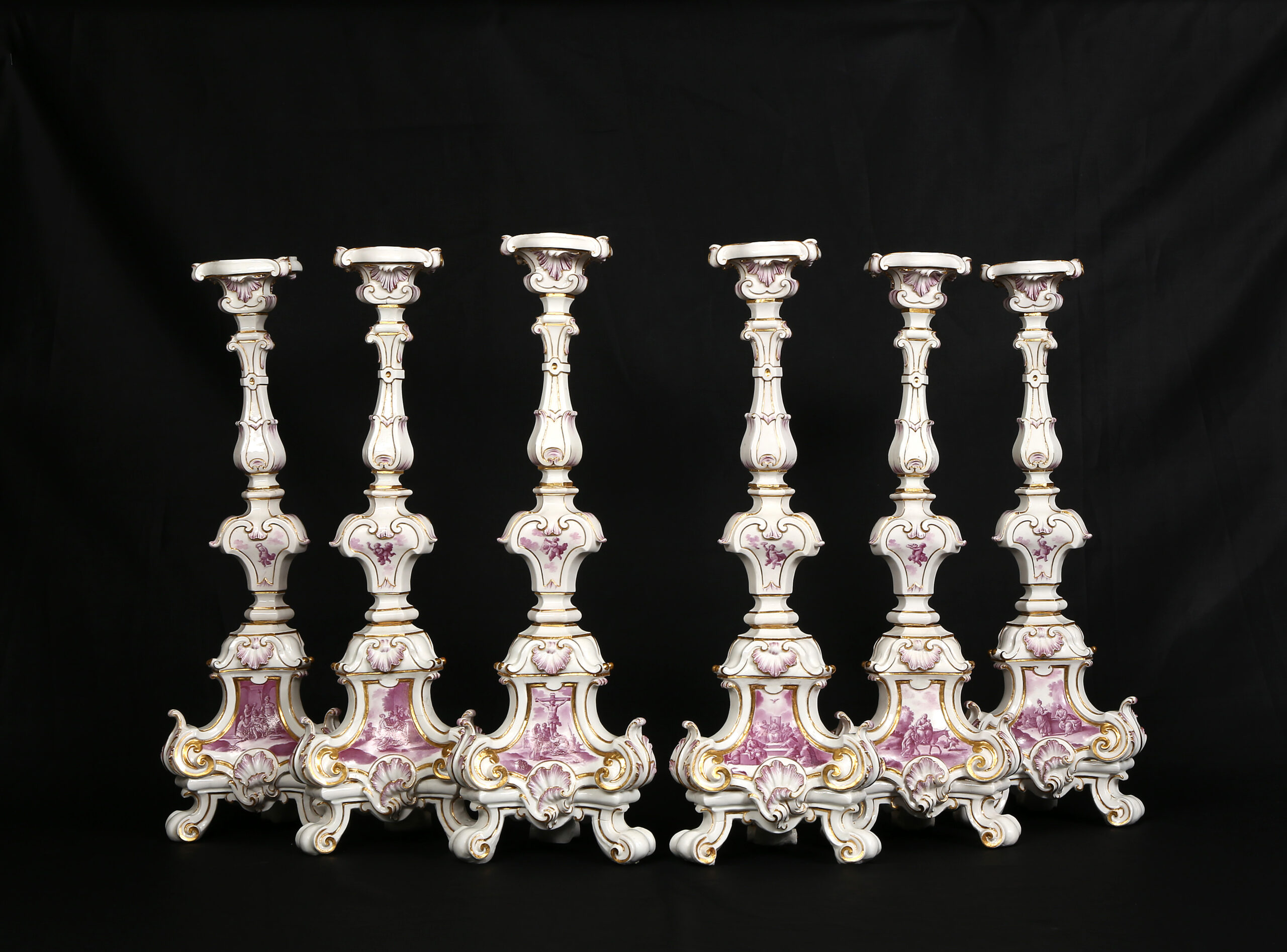 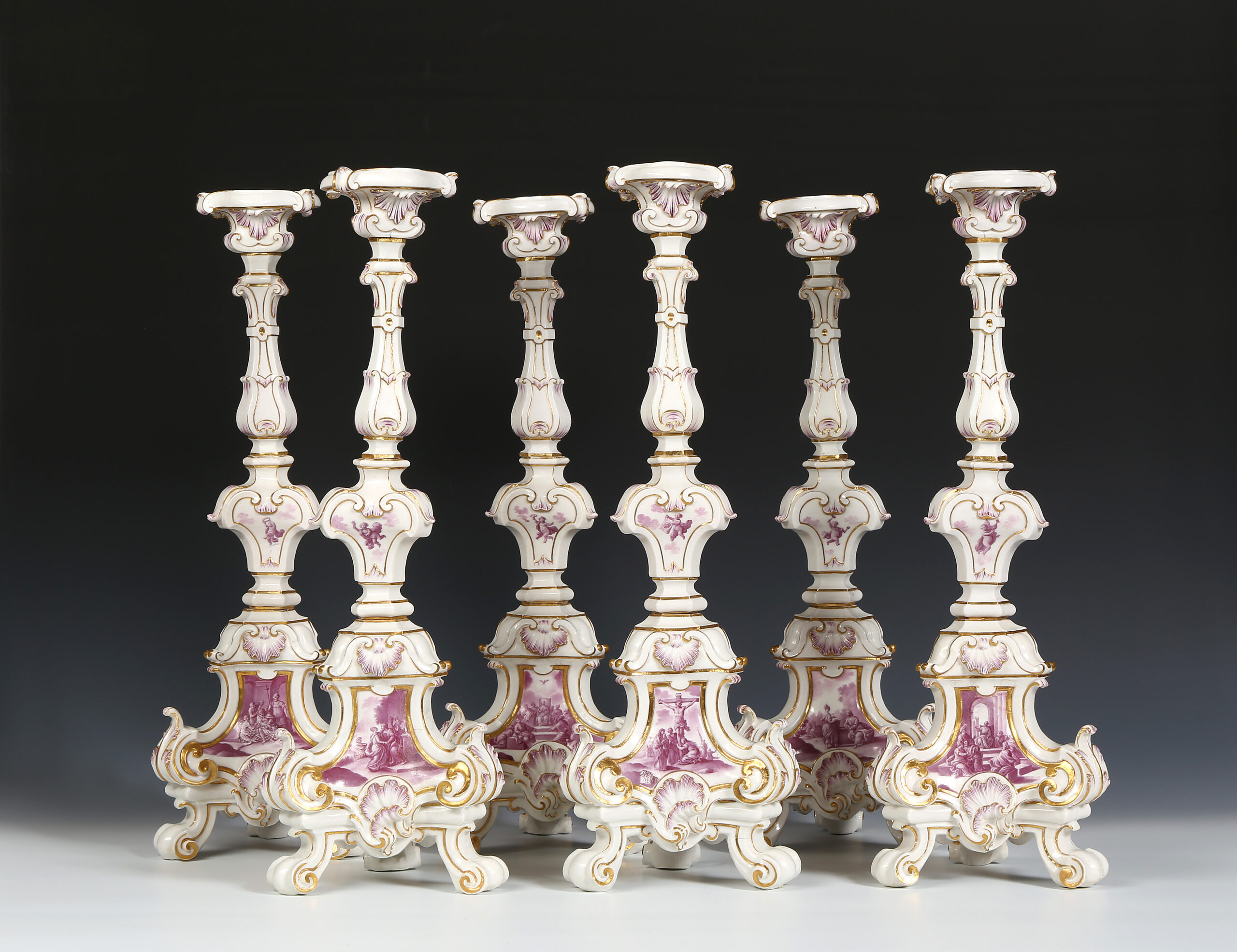 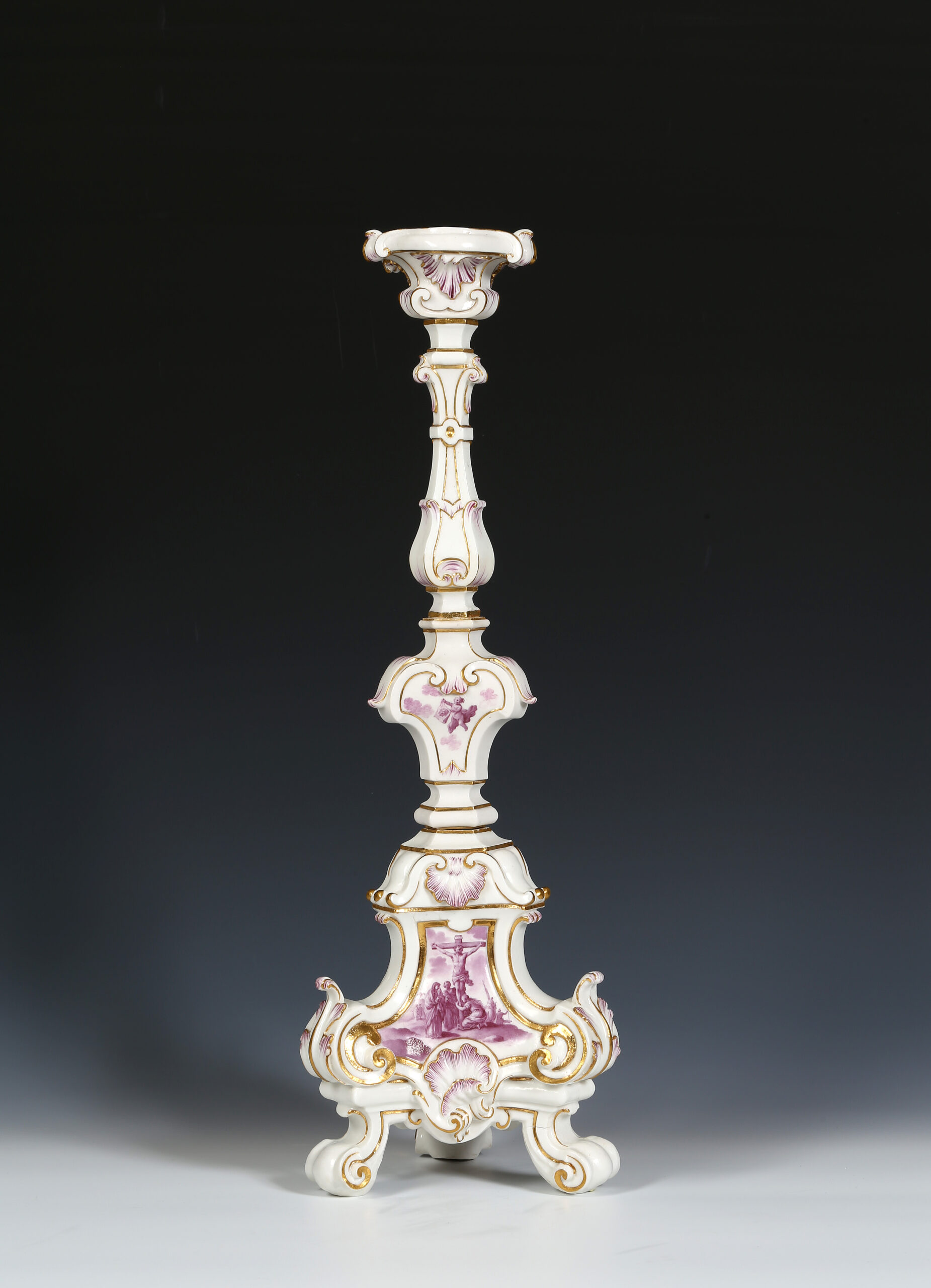 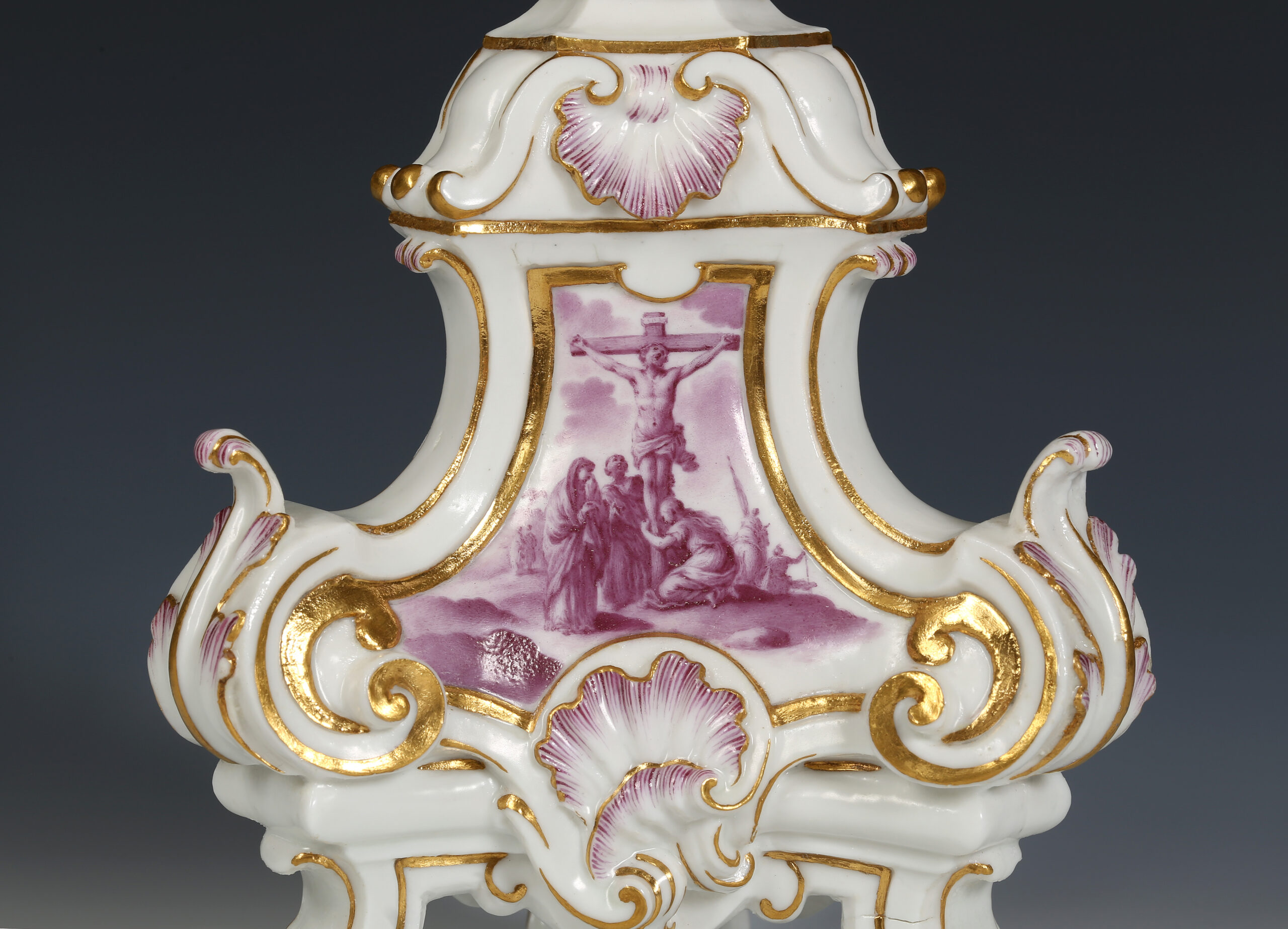 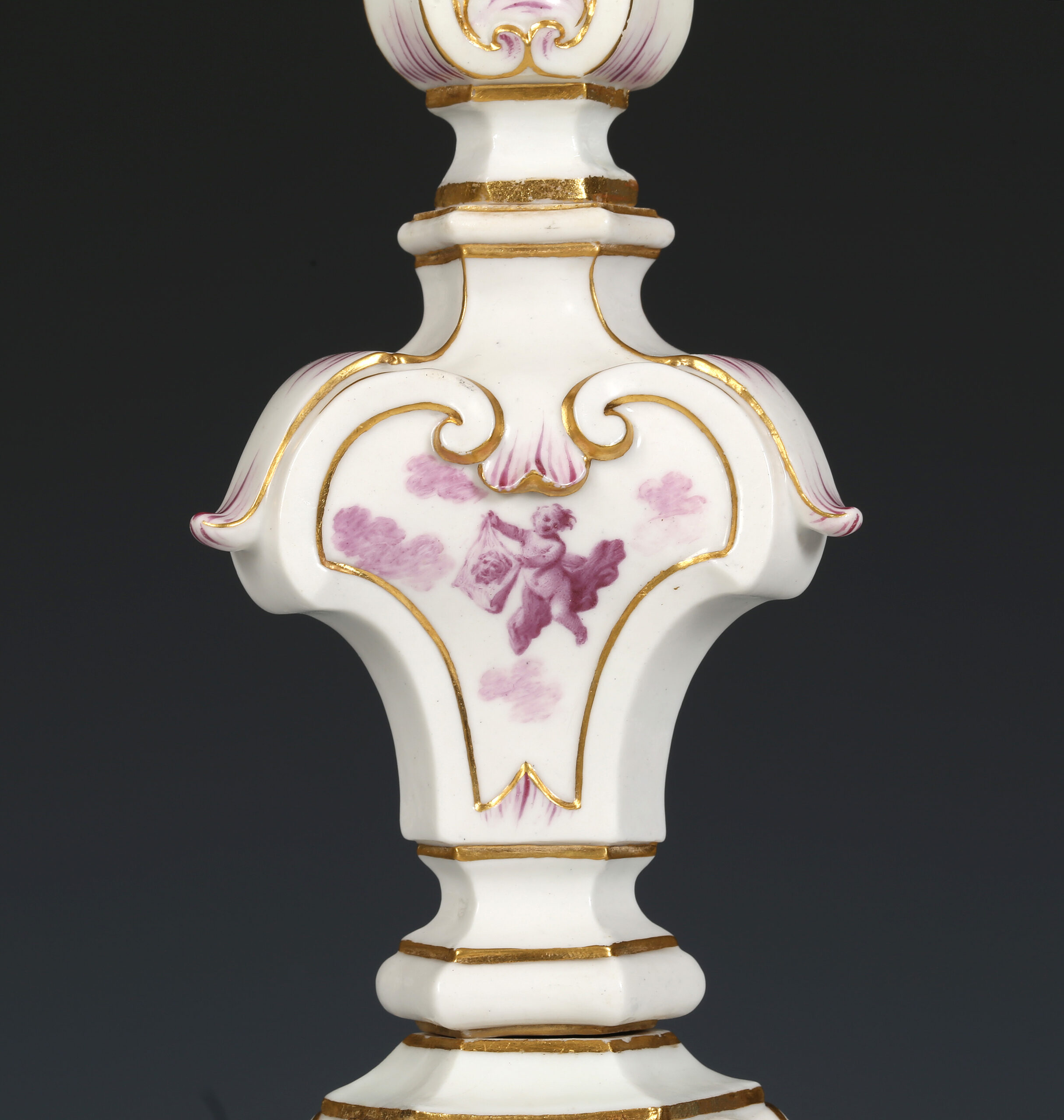 The model attributed to Gaetano Fumo
Circa 1745-52
49.6 cm high
fleur-de-lis marks in blue

Each in four parts of triangular section, joined on a metal core, moulded with foliate shells and strapwork on three scroll feet. The lower sections painted by Giovanni Caselli in puce camaïeu with eighteen scenes from the life of Christ, the sections above with putti holding instruments of the Passion.

One other undecorated altar garniture of this model survives in the Museo di Capodimonte in Naples, which retains its central crucifix[1]. Angela Caròla-Perrotti states that this set was noted in an inventory and probably made for the royal family of the Kingdom of Naples. The gilding and detailed scenes painted by the chief artist of the factory, Giovanni Caselli, would have made our candlesticks much more expensive. They can only have been made for a most illustrious recipient or perhaps were amongst those pieces that Carlo VII of Naples took to Spain when he inherited the Spanish throne in 1759 as Carlos III.

Although somewhat similar models of altar candlesticks were made elsewhere in Europe, Angela Caròla-Perrotti makes the case for these deriving from Neapolitan silver models and attributes them to the hand of the silversmith and sculptor Gaetano Fumo (Caròla-Perrotti, 1986, p. 259, no. 200). Gaetano Fumo was hired by Capodimonte in 1745, when he was already 57 years old. He worked in the camera ‘dell’intaglio’ under Ambrogio di Giorgio. Elements of Fumo’s surviving work in silver correspond to these models.

Angela Caròla-Perrotti was surprised that she was unable to identify the precise sources of the eighteen scenes painted by Giovanni Caselli either in paintings of Neapolitan churches or engraved sources. Perhaps they were largely original inventions of Caselli.

Condition:
Three of the eighteen feet are made up. Some of the sections have broken and been restuck, sometimes along luting joins. Numerous chips. A detailed condition report made by our restorer is available.

[1] The candlesticks of the set in the Museo di Capodimonte have the first section above the base incorrectly inverted. The painting on our set shows the correct orientation. Angela Caròla-Perrotti 1986, p. 259, no. 200