AN ALLEGORY OF VENICE 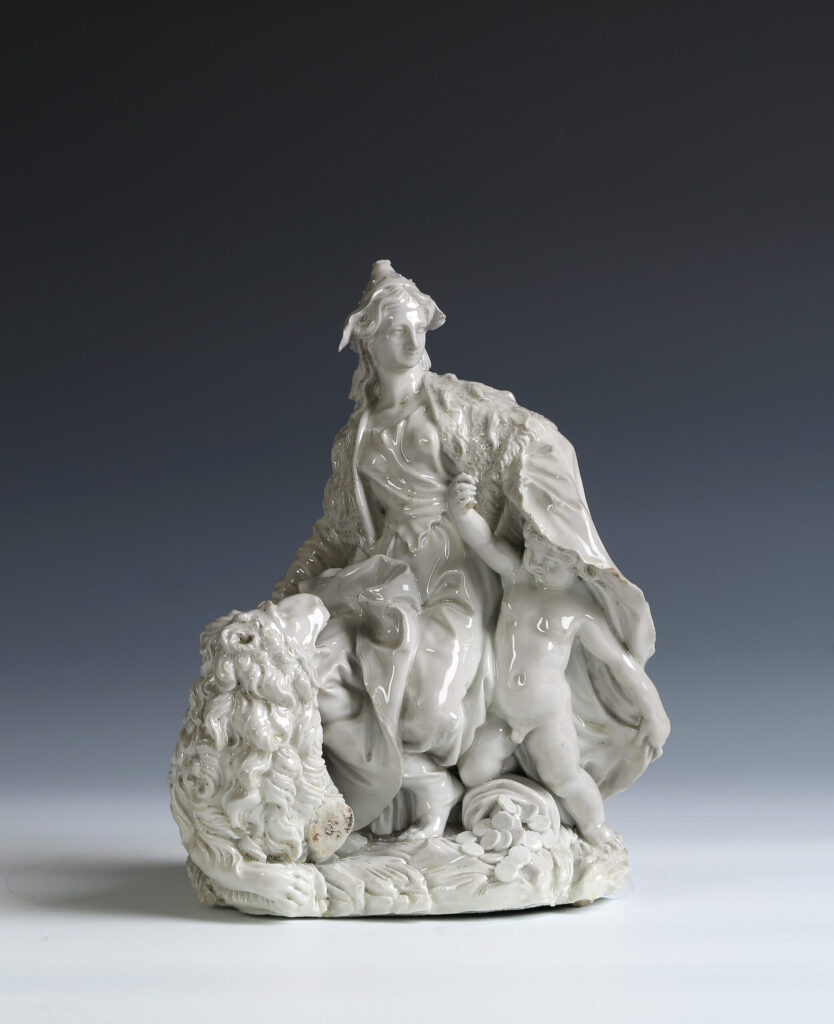 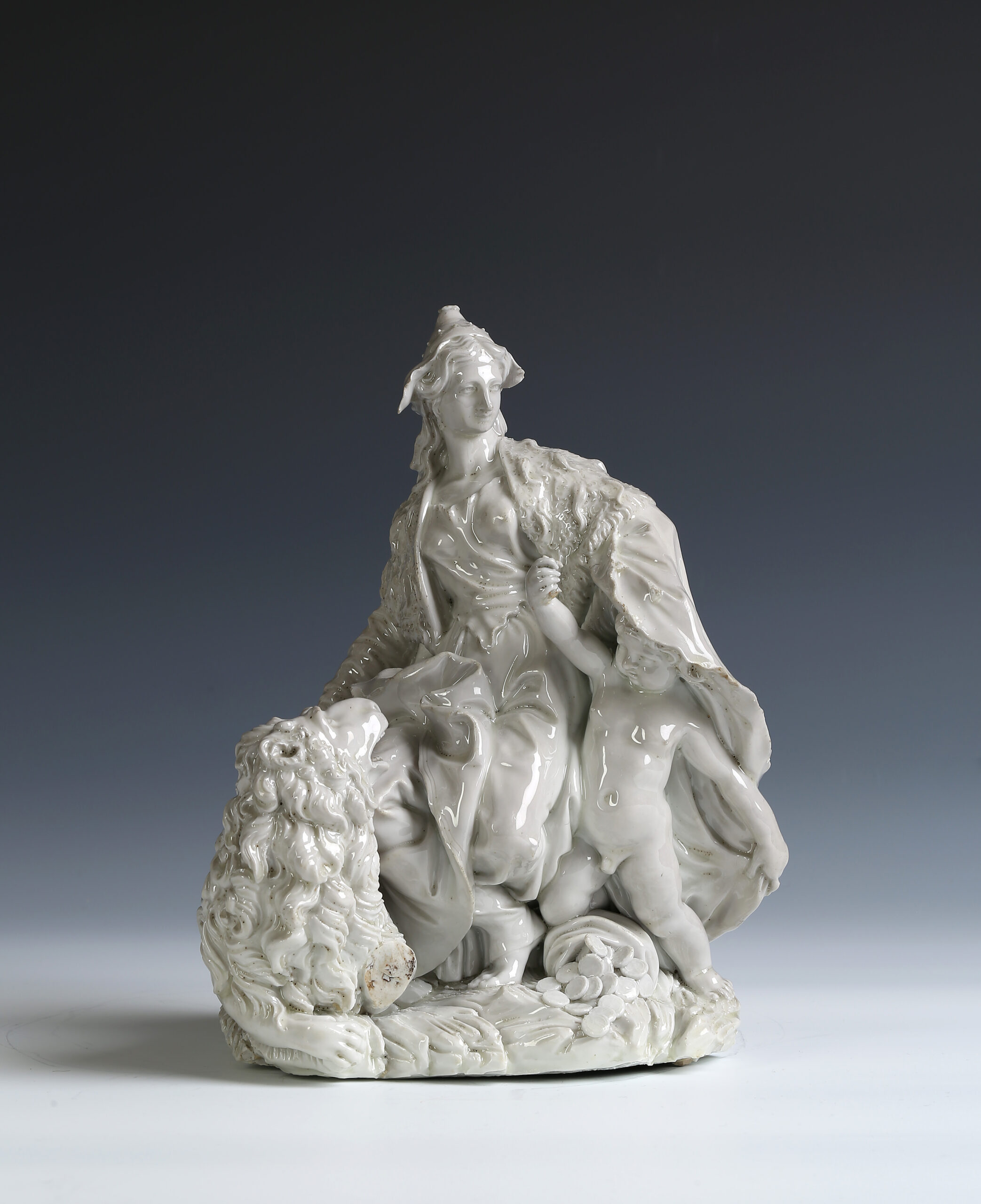 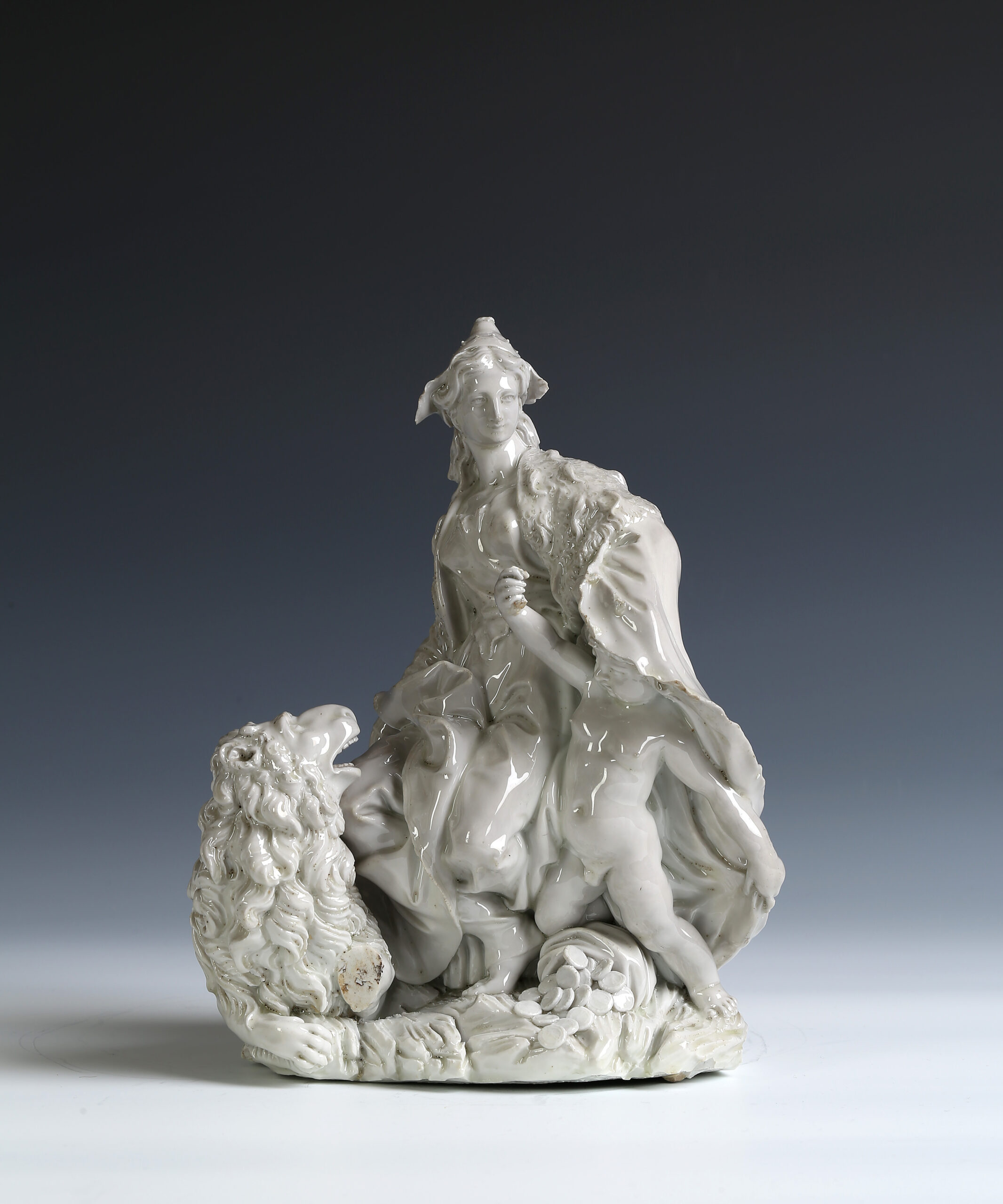 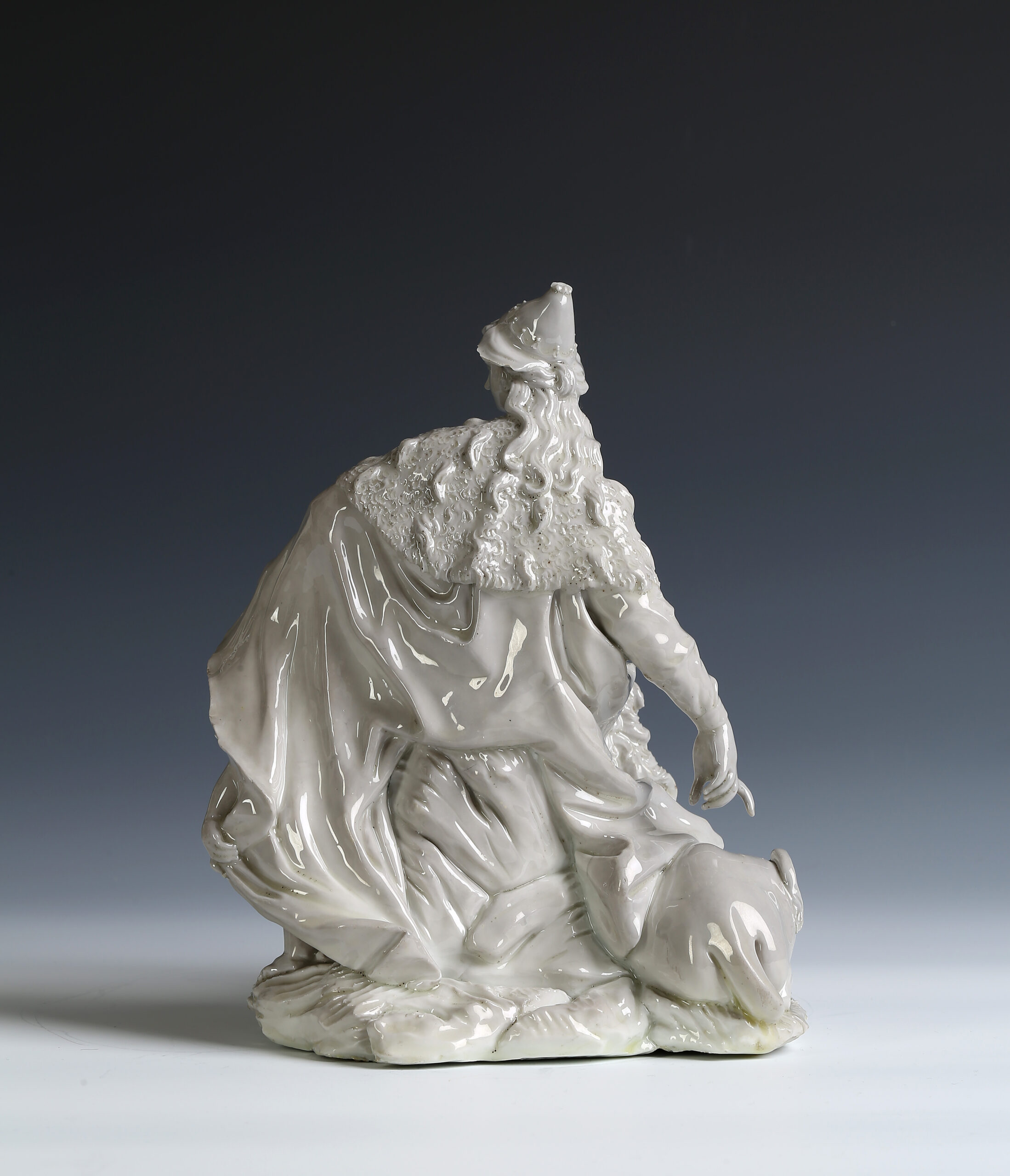 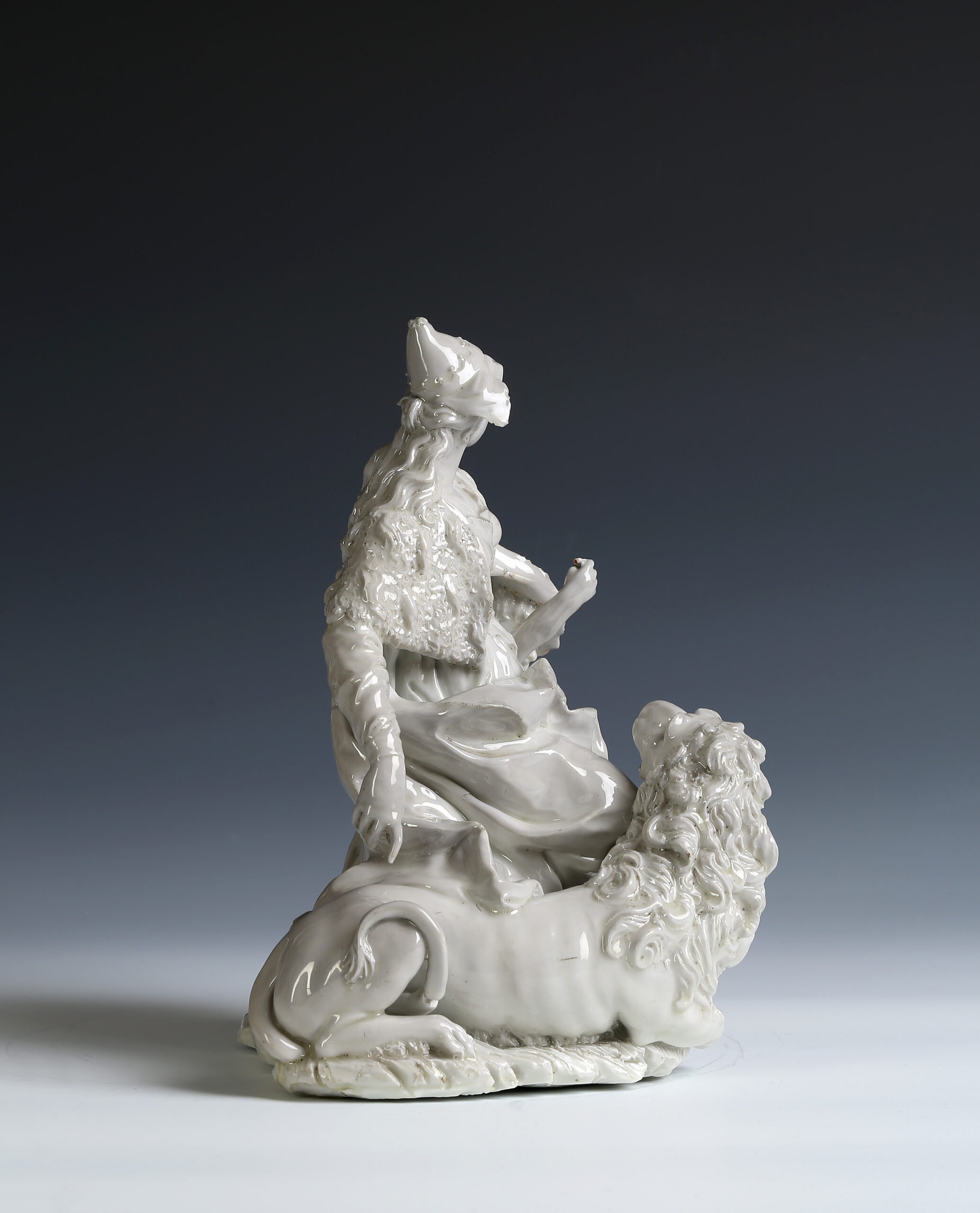 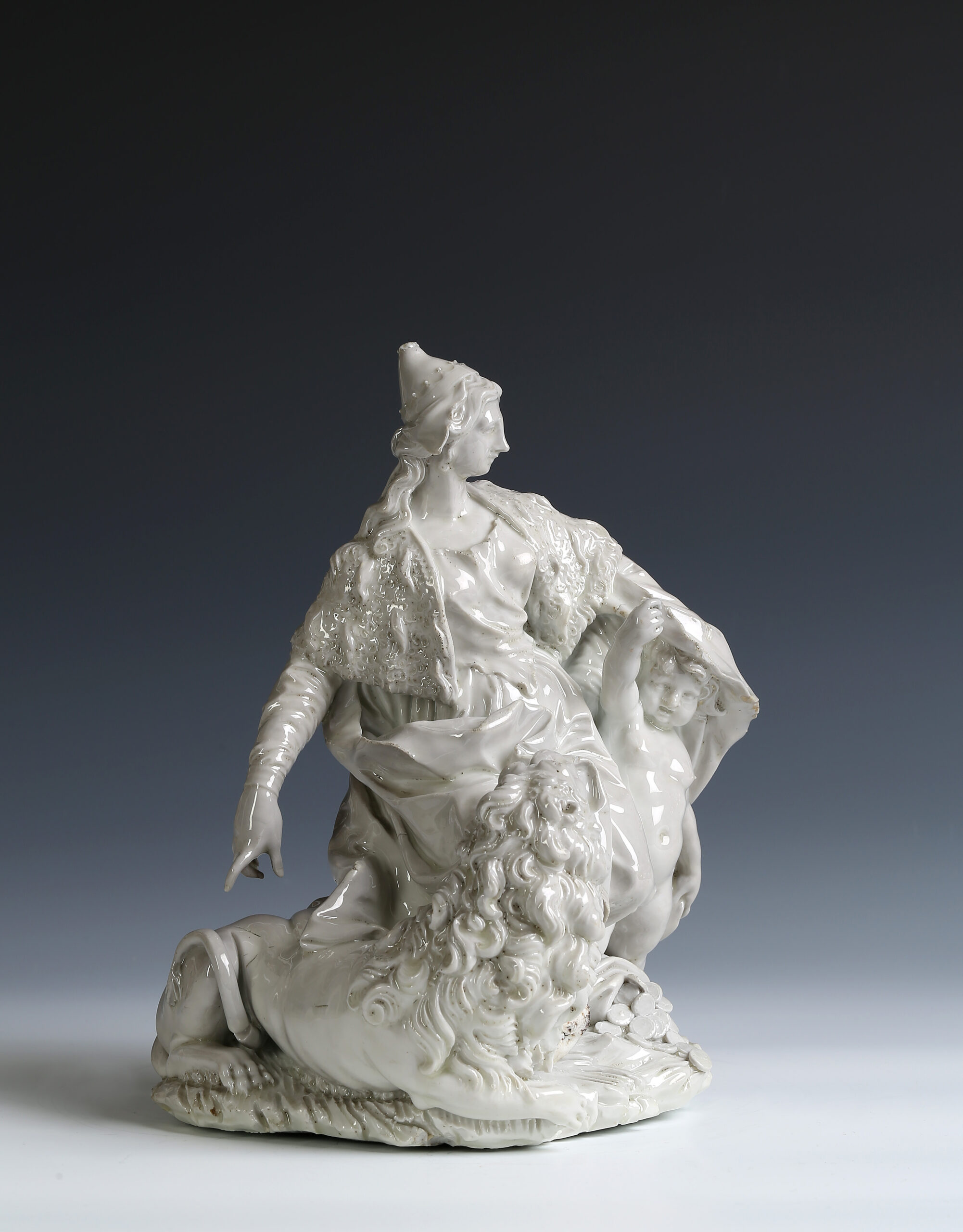 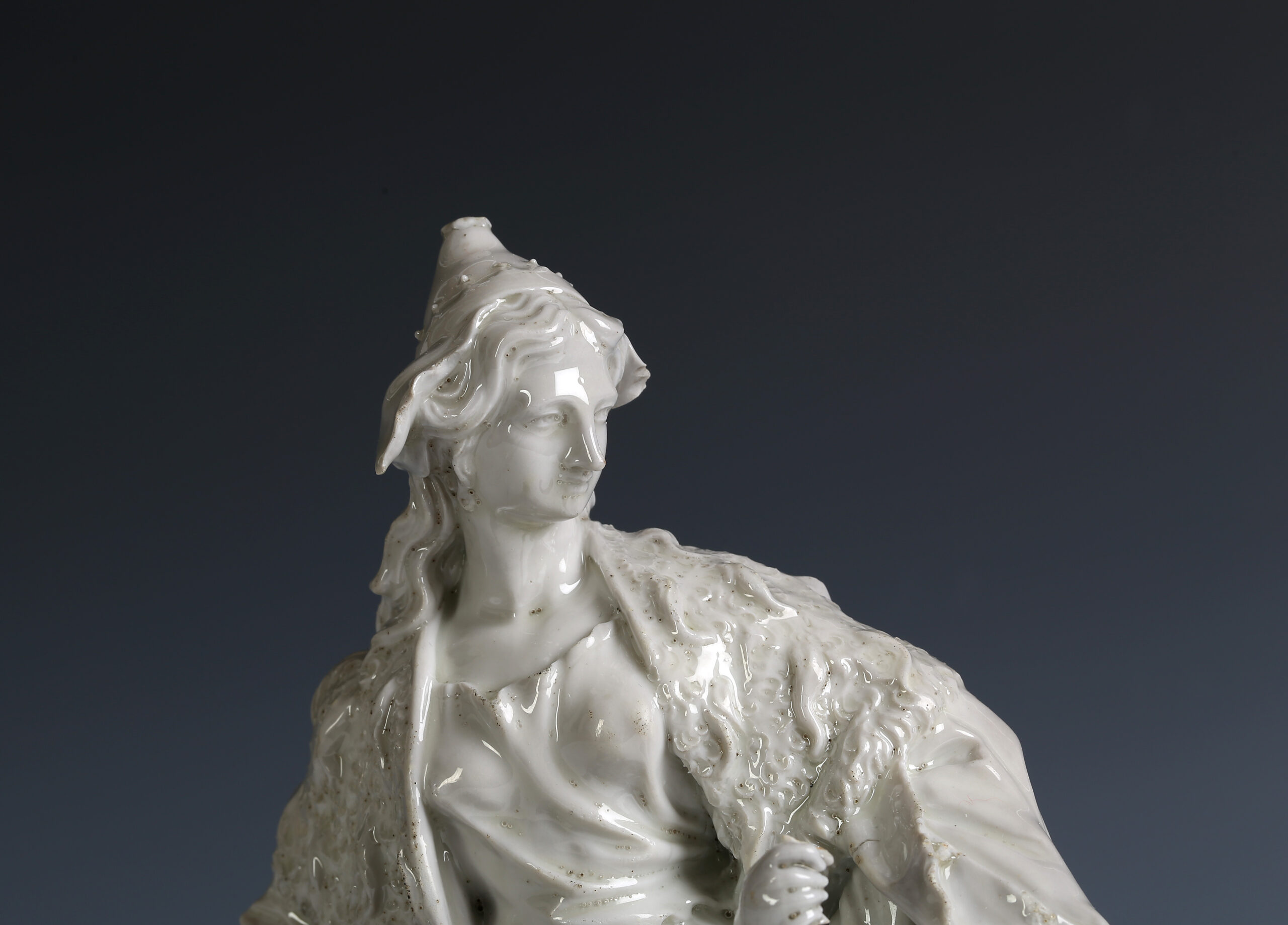 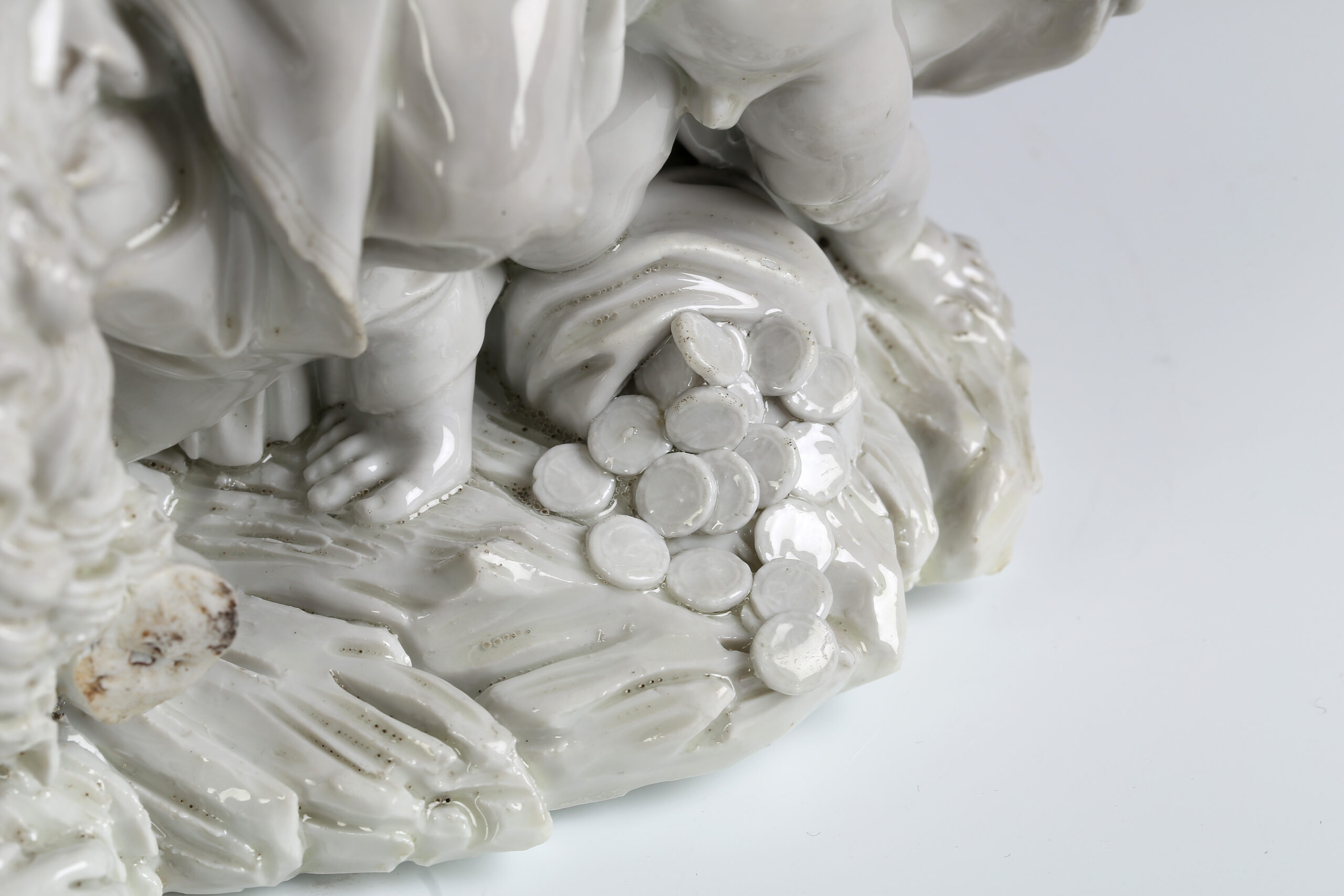 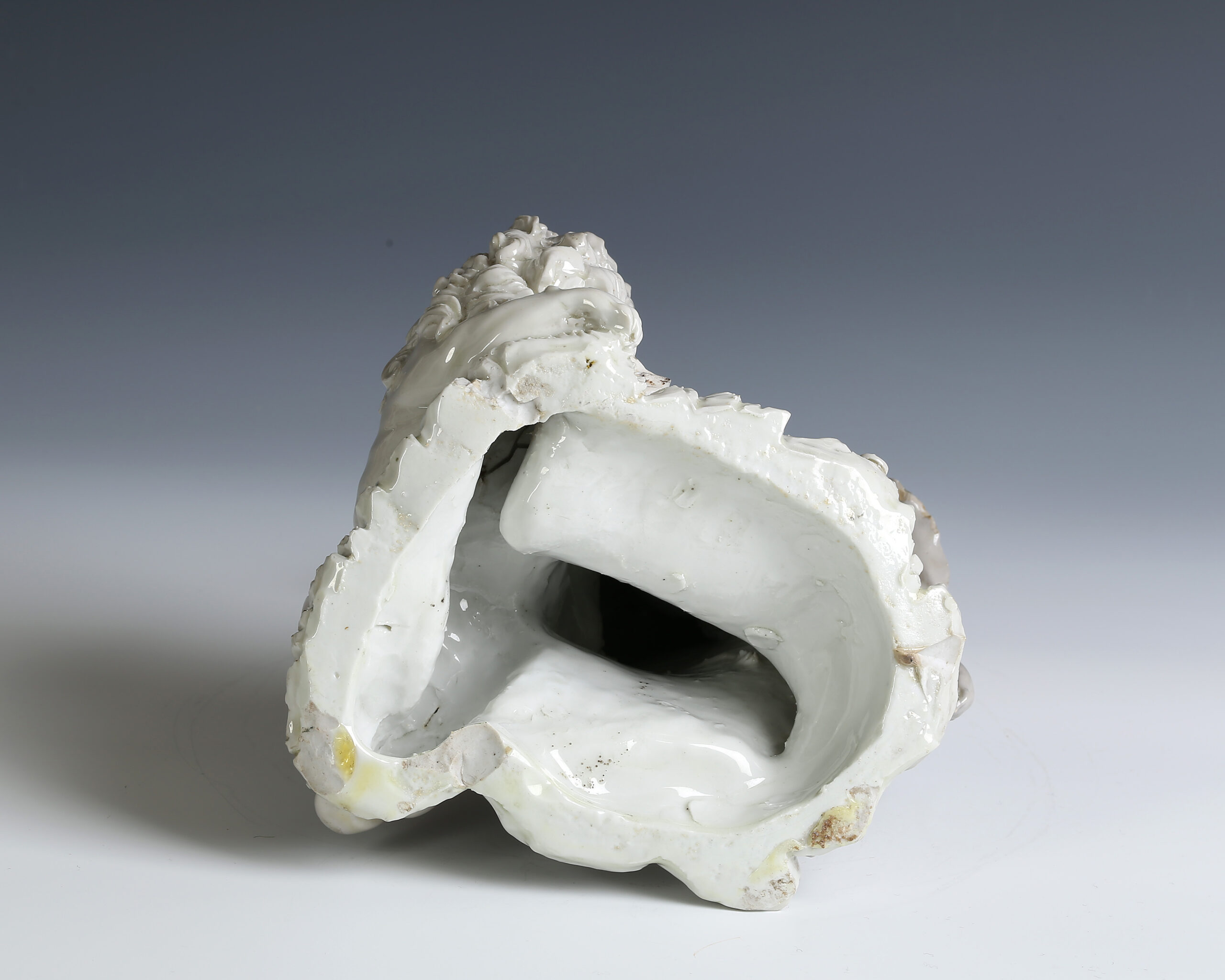 AN ALLEGORY OF VENICE

Venice depicted with her doge’s cap, corno ducale, and ermine mantle, seated beside the Lion of St Mark and a child above a sack of spilling scudi. It depicts the beauty, wealth and sovereignty of the Venetian Republic.

This recently discovered group is the third known example of the largest and most beautiful Cozzi model of Venice. The two others are in the Palazzo Madama, Turin, and in a private collection in Vicenza, they were both exhibited in the exhibition held at the Ca’ Rezzonico in Venice in 2016 (Ansaldi, catalogue nos. 148 and 149).

Two other smaller allegories of Venice were produced at Cozzi (Ansaldi nos. 146 & 147) but our version is by far the most sculpturally accomplished. Marcella Ansaldi in the Ca’ Rezzonico catalogue notes that “compared to the others, this model reveals a marked monumentality, one thinks of the vigorous and open gesture of the putto lifting the cloak of the female figure, or the nervous twisting of the neck of Venice herself”. Ansaldi goes on to note the radically different approach to the other Cozzi compositions of this subject which could suggest and attribution to the rival Venetian factory of Antonibon at Nove, but she prefers the attribution to another unidentified modeller at Cozzi.

The porcelain of Geminiano Cozzi and that of Pasquale Antonibon of Le Nove both used the same china clay from Mount Tretto in the Dolomites and are difficult to differentiate on the basis of paste and glaze. Cozzi figures are rarely marked unlike their wares which almost always bear the painted anchor.

For the most part the models of Cozzi are competent and charming but a few display an altogether higher level of artistry and must be the work of very skilled sculptors. Some models in a Roman baroque manner are perhaps the work of Filippo Tagliolini who later travelled to Vienna and Naples, however our model seems more characteristic of Venetian sculptors. 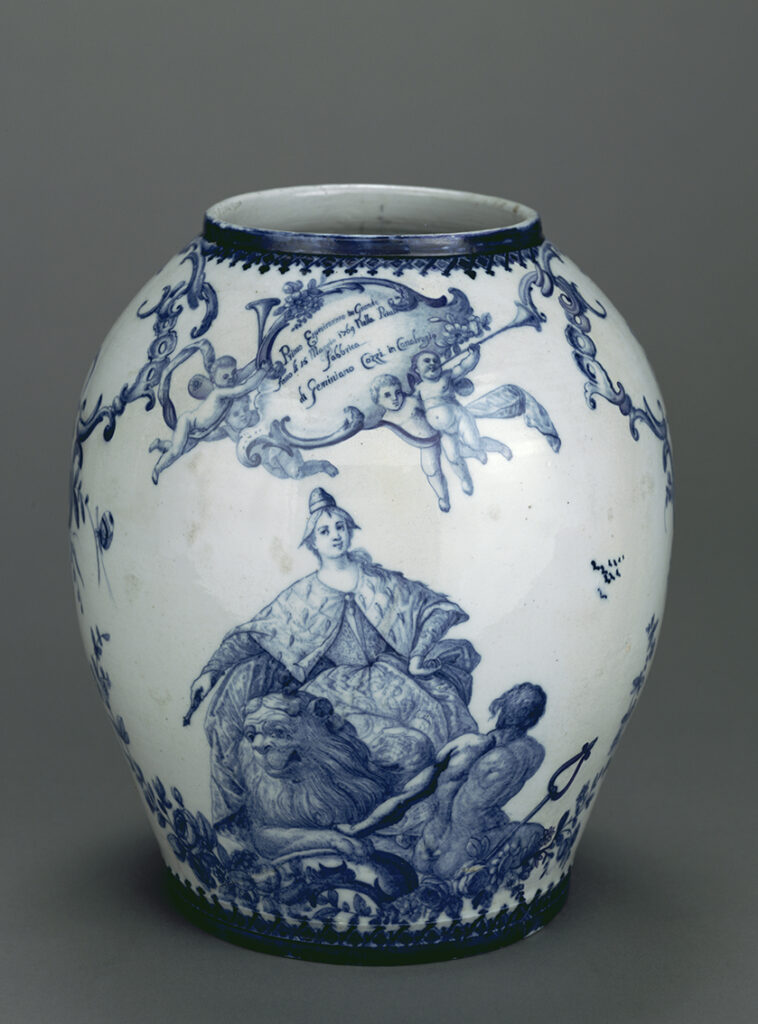 The allegory of Venice also appears on the vase in The J. Paul Getty Museum which is inscribed “the first large-scale experiment [in porcelain] made on May 15, 1769, in the factory of Geminiano Cozzi in Cannaregio”. The pendant vase shows Neptune with his trident.

The subject of Neptune offering gifts to Venice is portrayed by Tiepolo in the ceiling of the the Sala delle Quattro Porte in the Doge’s Palace.