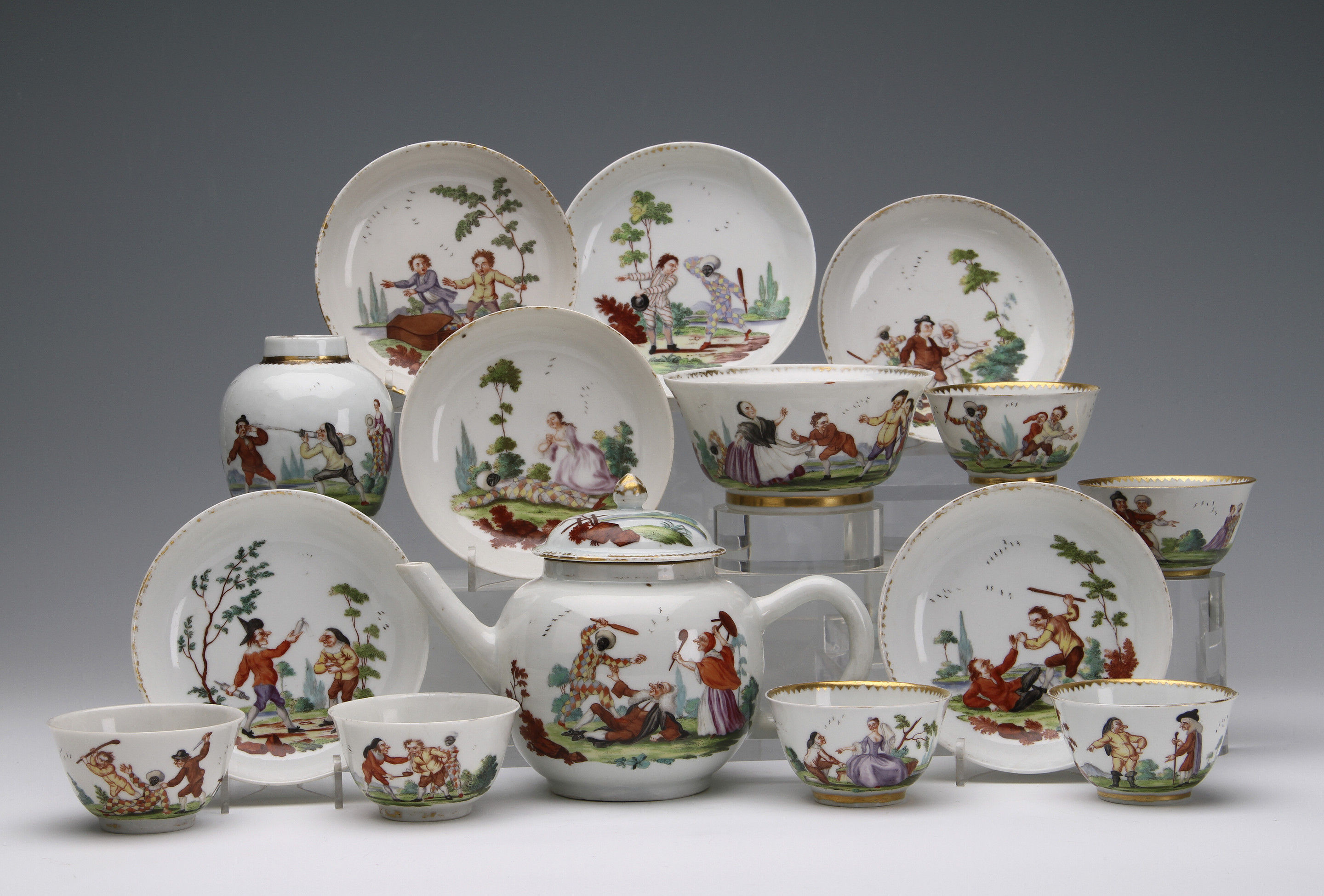 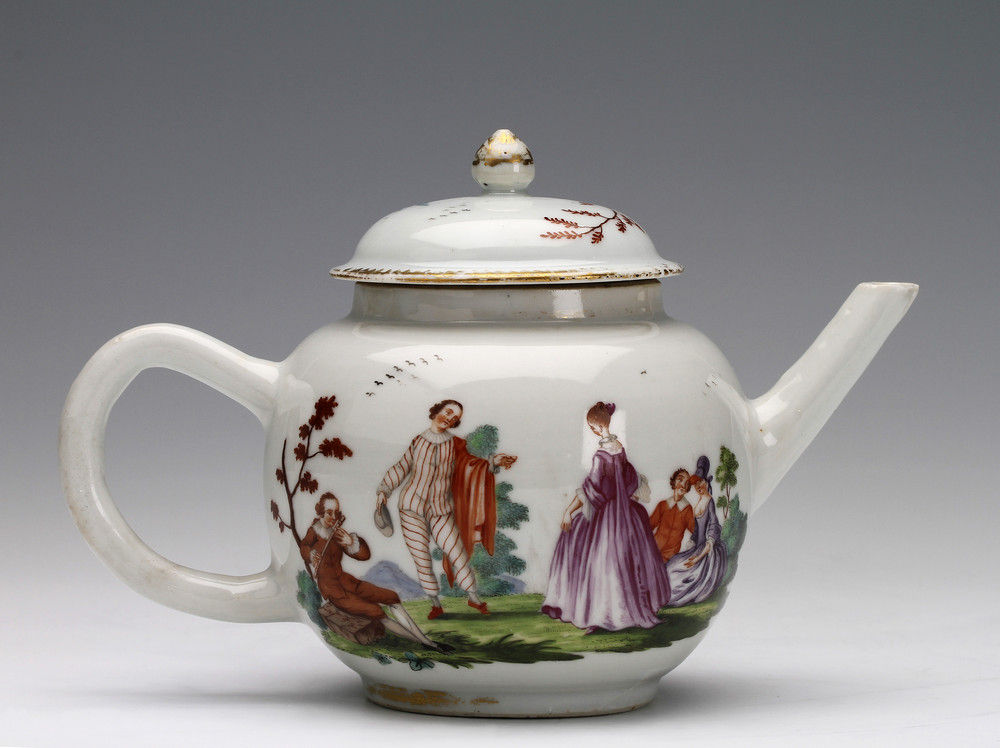 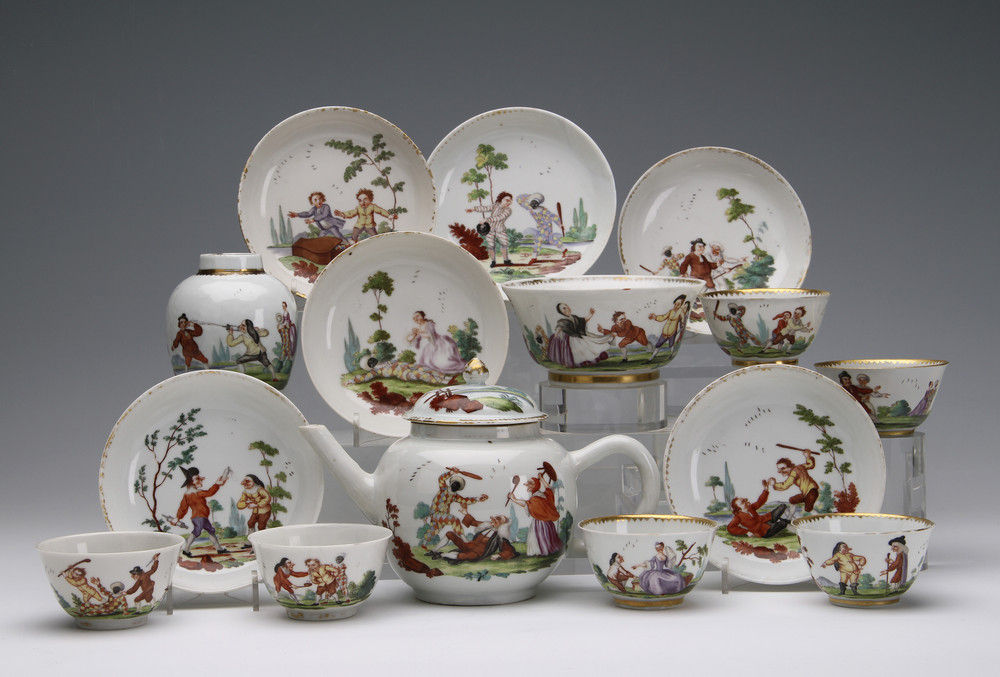 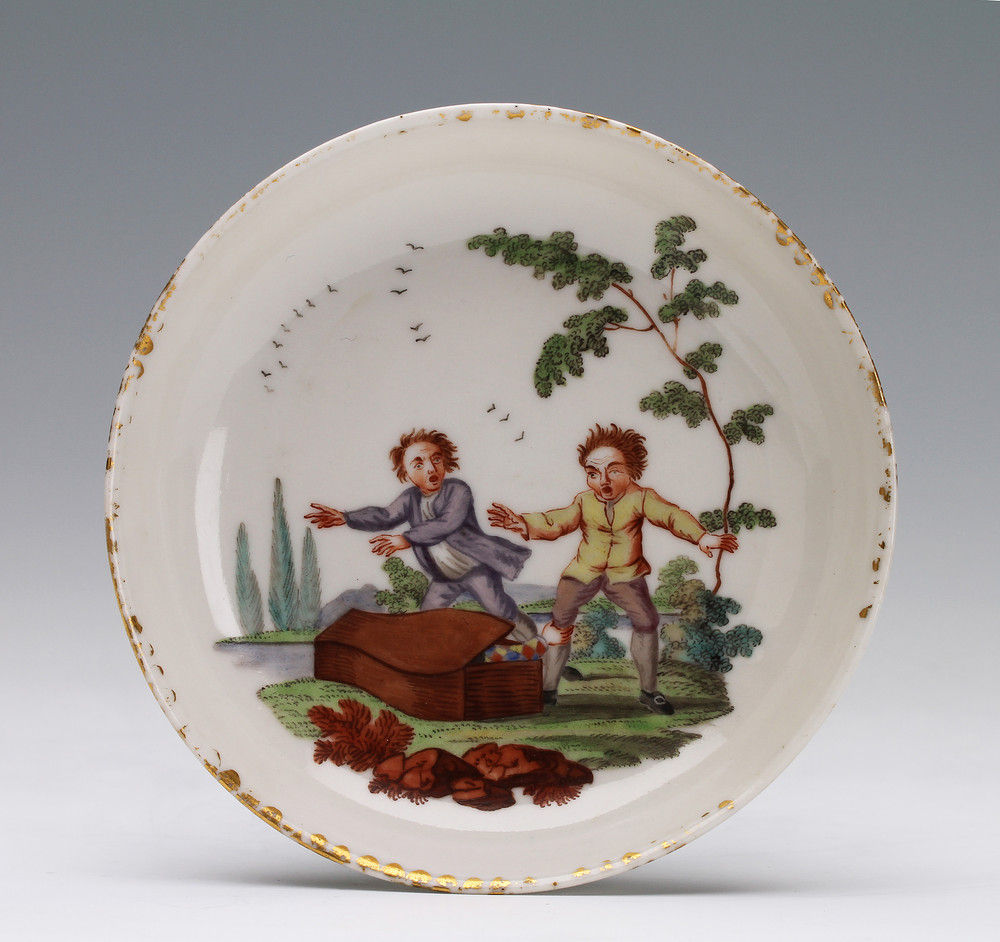 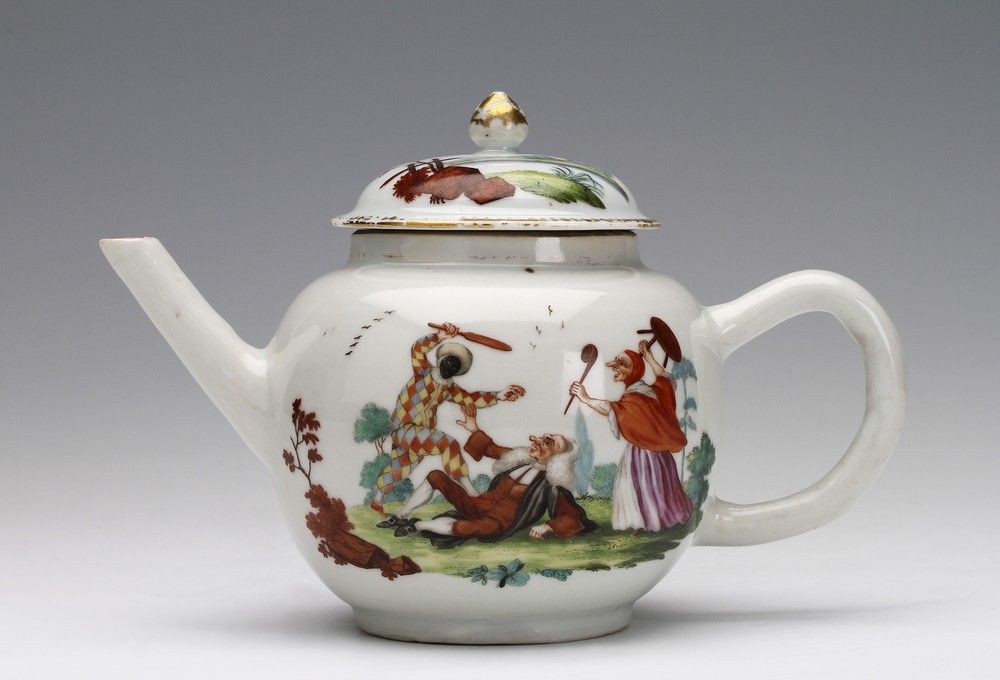 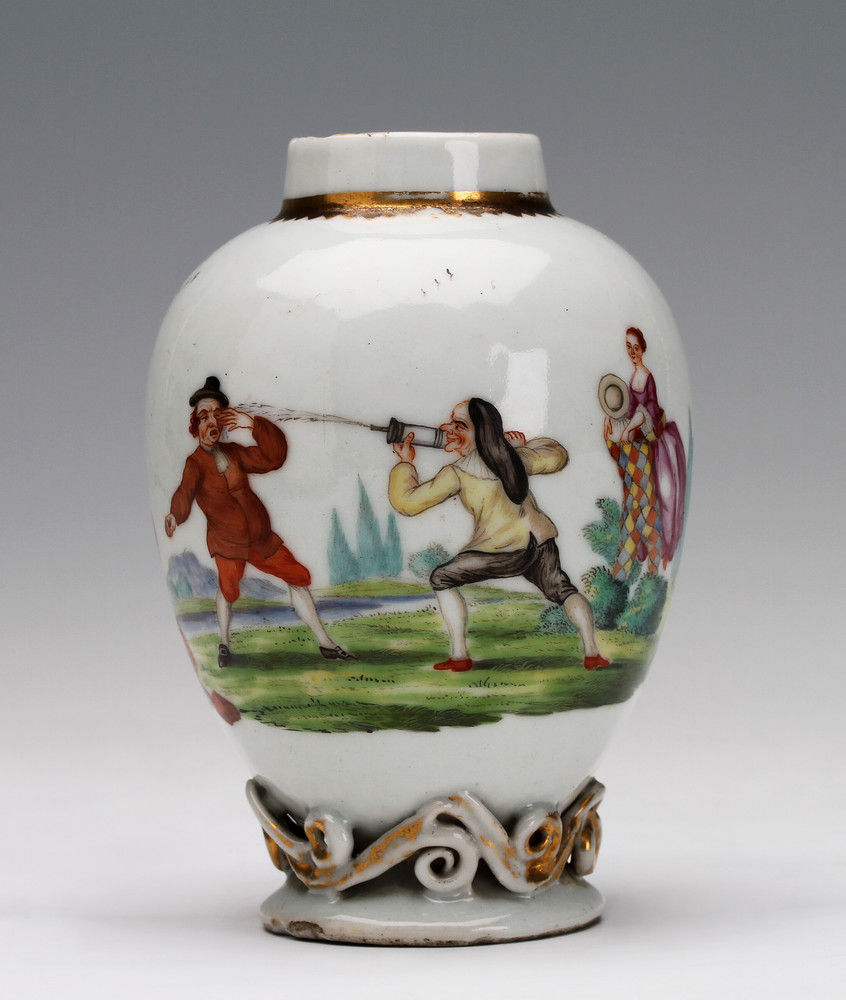 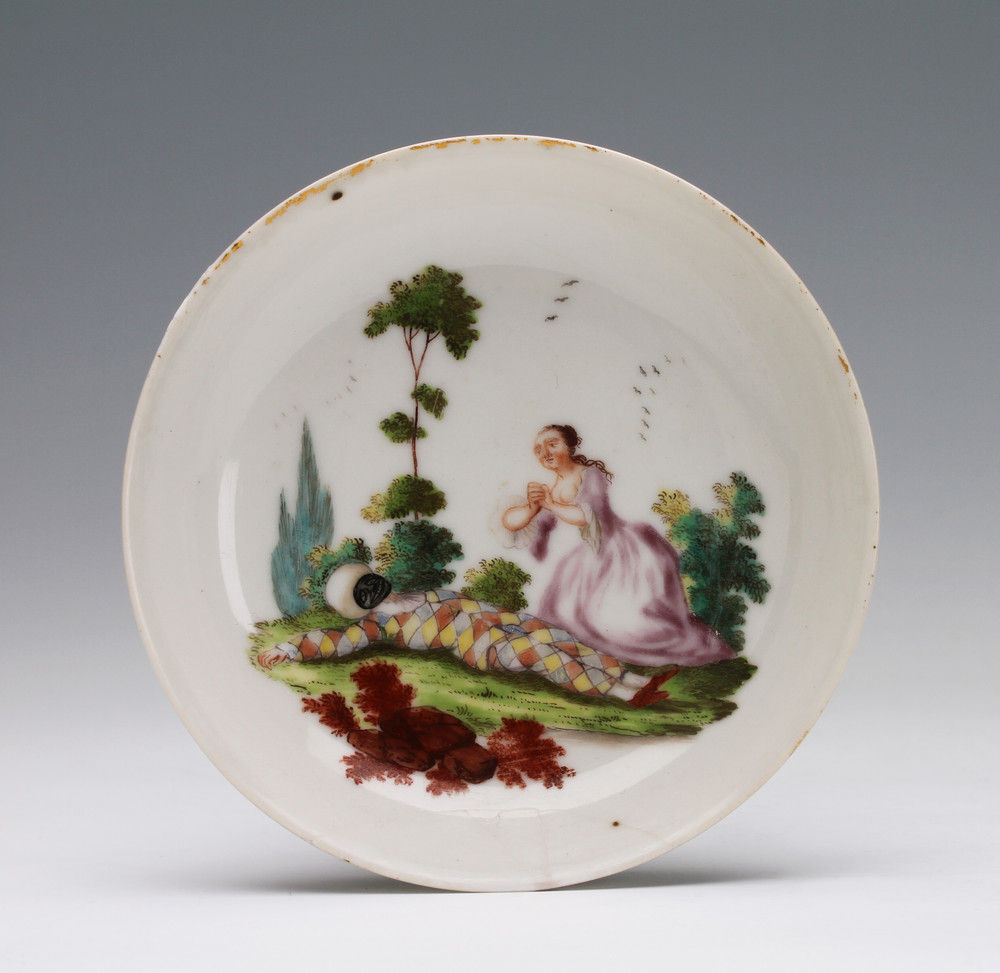 Condition – Detailed condition report available on request. The teapot has some restored chips, the tea canister and short hair-crack. The sugar bowl and some of the tea bowls and saucers are badly damaged.

Exhibitions – The service has been on loan to the Norton Museum of Art, West Palm Beach, Florida for their Exhibition High Tea, Glorious Manifestations, East and West, curated by Laurie E. Barnes from February 19 to May 24, 2015. It is illustrated in the catalogue on pages 96 and 97.