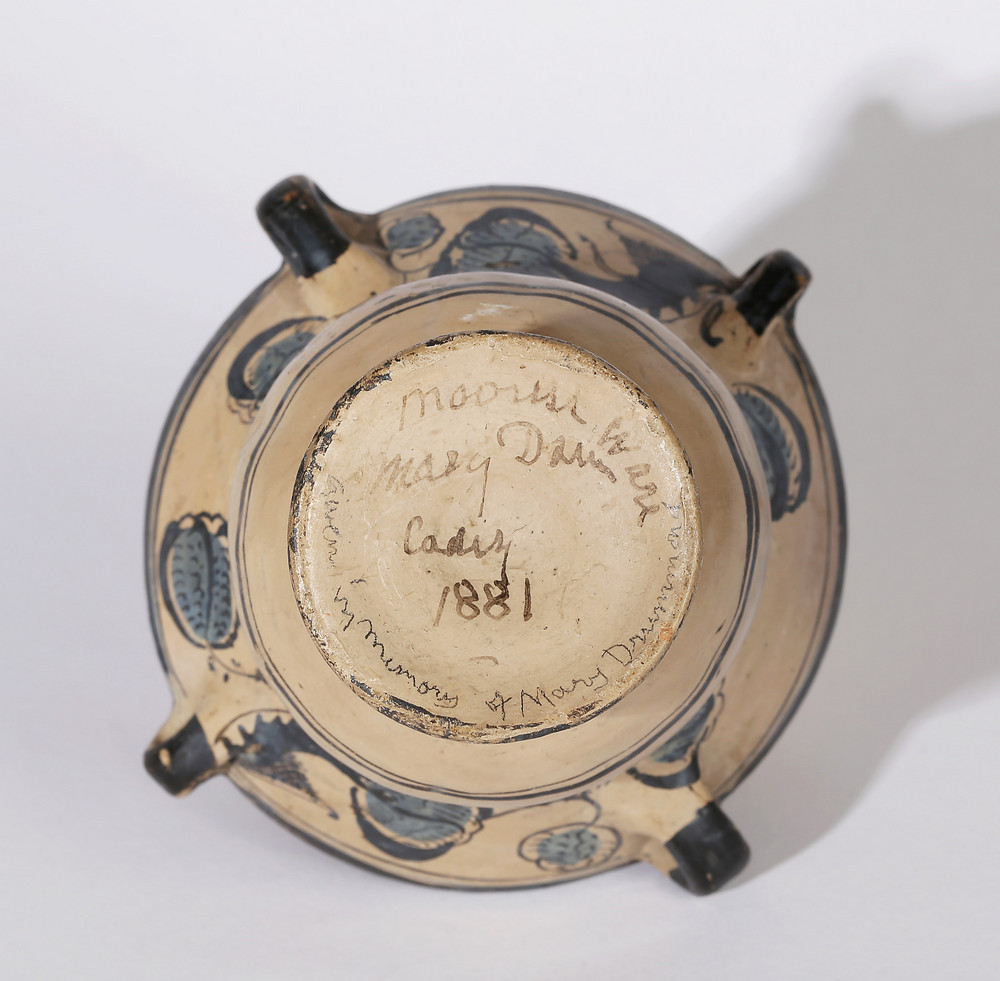 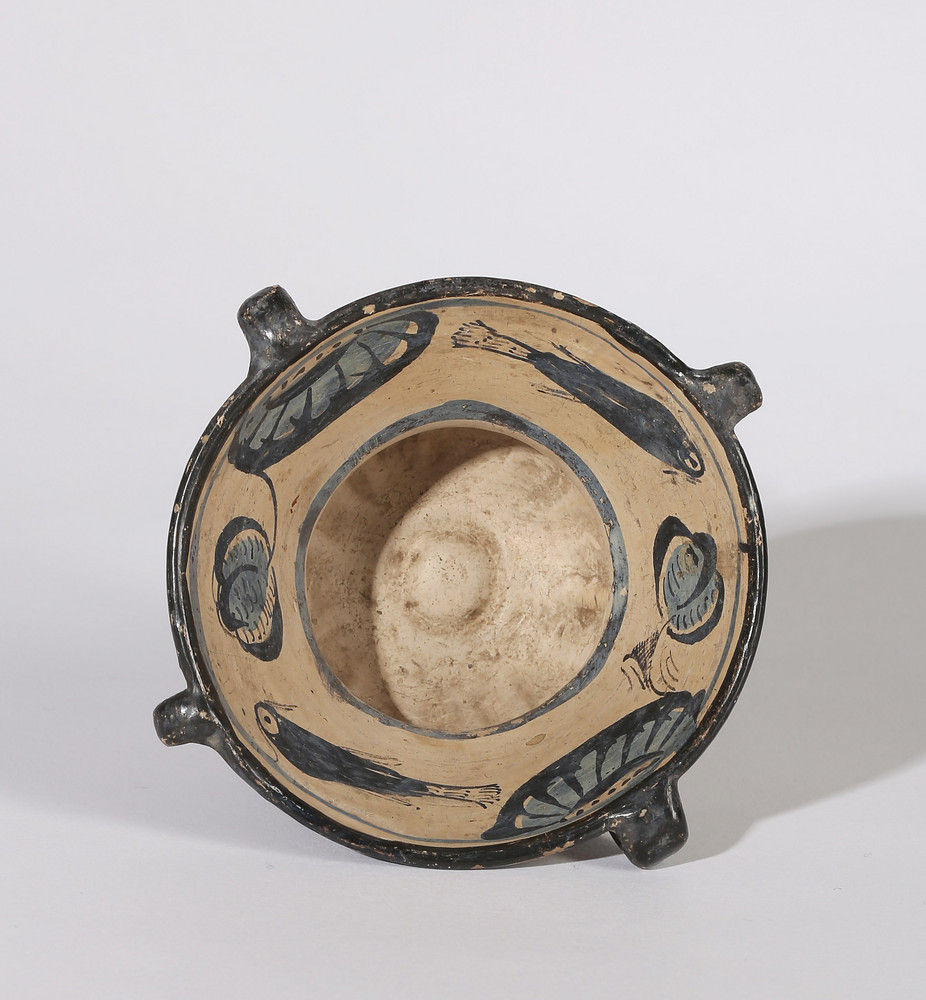 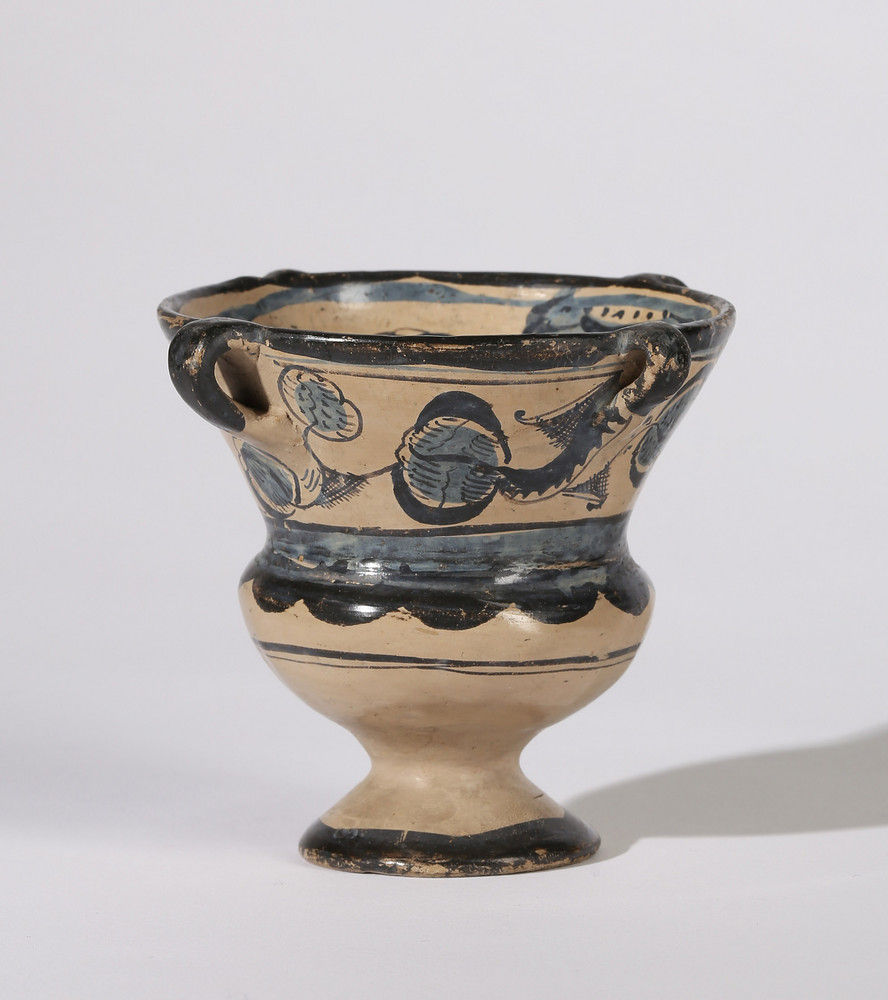 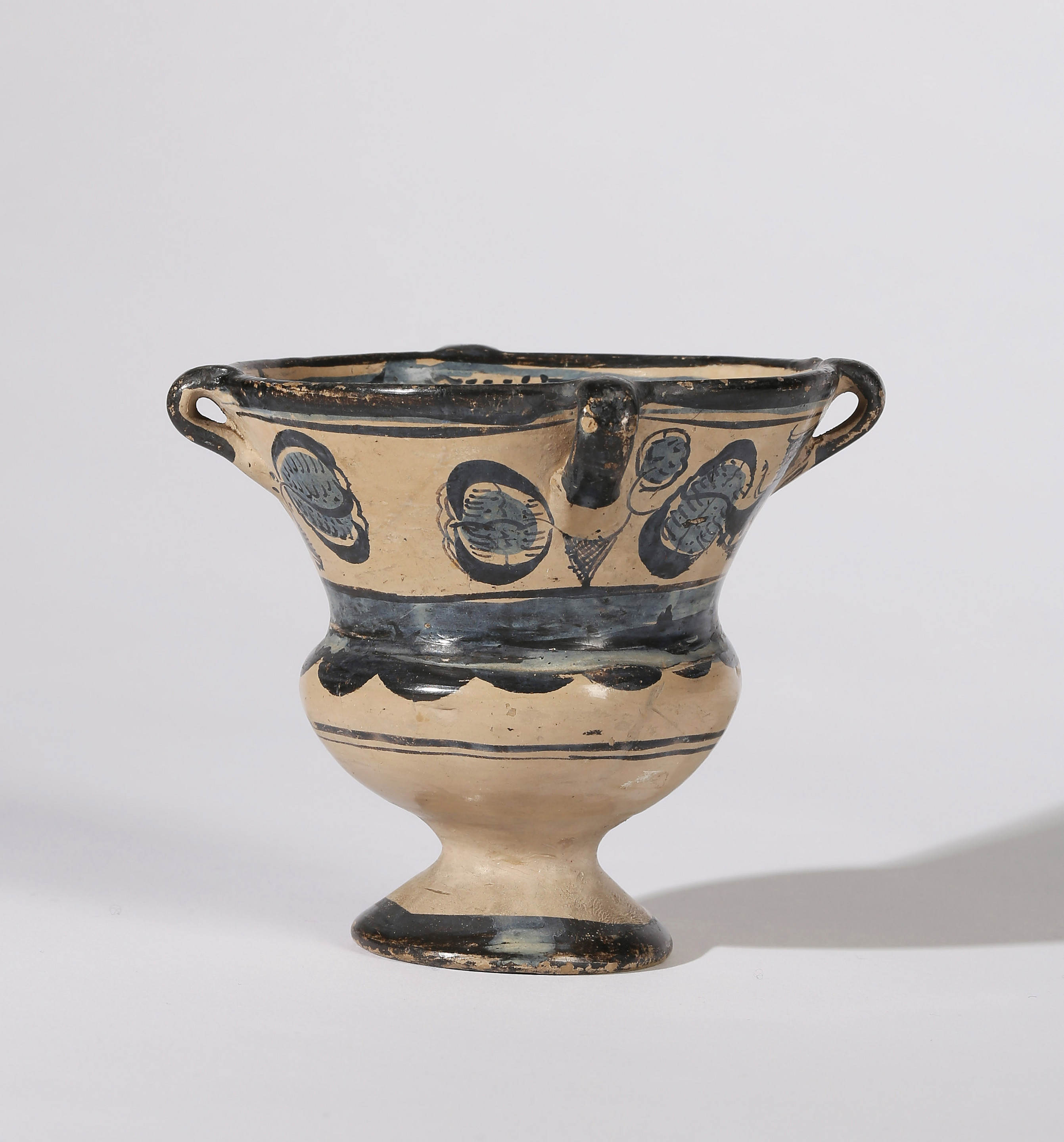 A small vase with four applied handled to the flaring rim, decorated in black and grey with fish and flower heads in slip over a burnished pale buff body. The lower section of the bidy, lightly ribbed.

Inscribed in ink ‘Moorish ware, Mary Dam(?), Cadiz 1881’ and in pencil ‘Given in memory of Mary Drummond’

Tonalá pottery was imported from Mexico into Spain via the ports of Cadiz and Seville from the 17th century. They were much prized for their attractive aroma when moist and for their alleged medicinal properties. They were greatly valued in the 17th and 18th century but when they fell from fashion they suffered neglect and are very rarely found today outside of historic collections.

By the time the inscription was added by the British owner in 1881 the origin had long been forgotten.

The precise dating of such a piece is difficult but the fashion for such wares lasted from the 17th into the early 18th century and similar pieces can be found in early collections such as that of the Palacio Lebrija in Seville.

Condition :
Large section of rim restuck with a big chip and V-shaped section made up