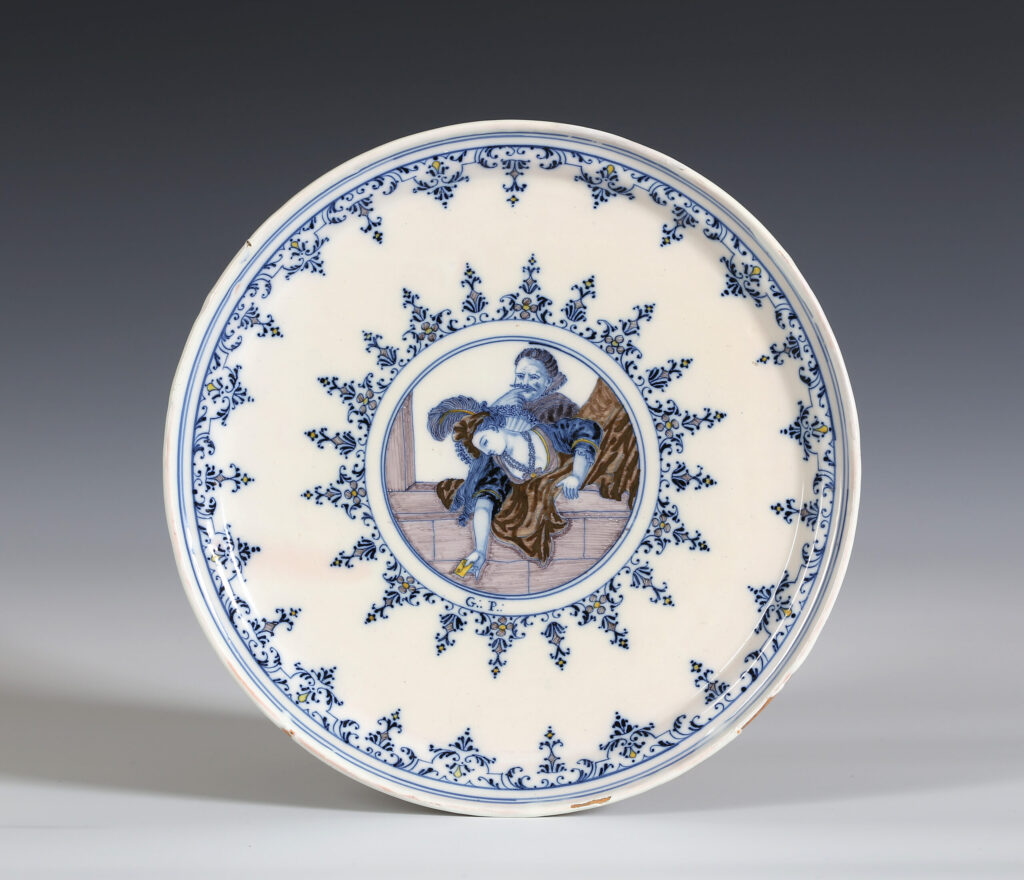 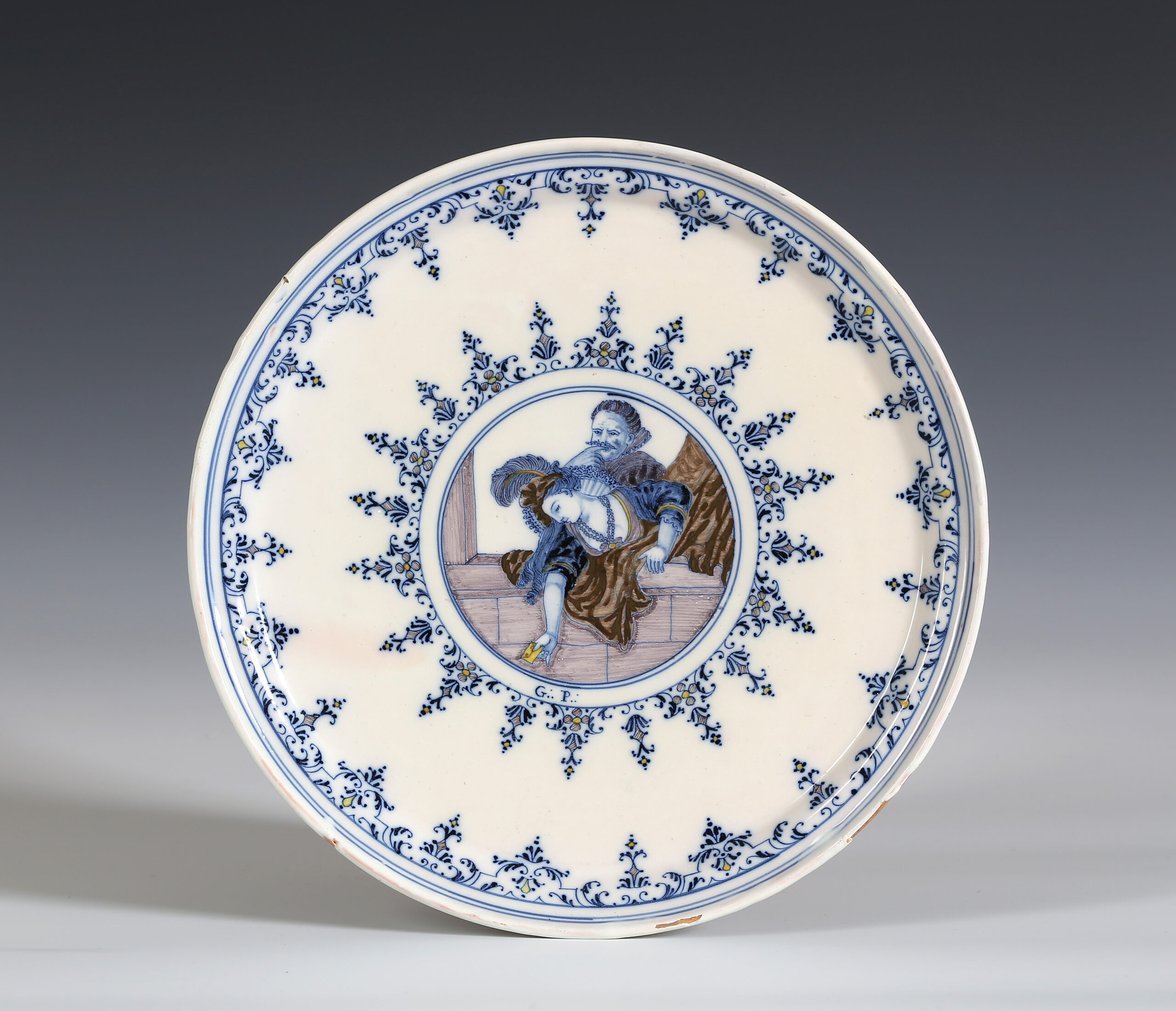 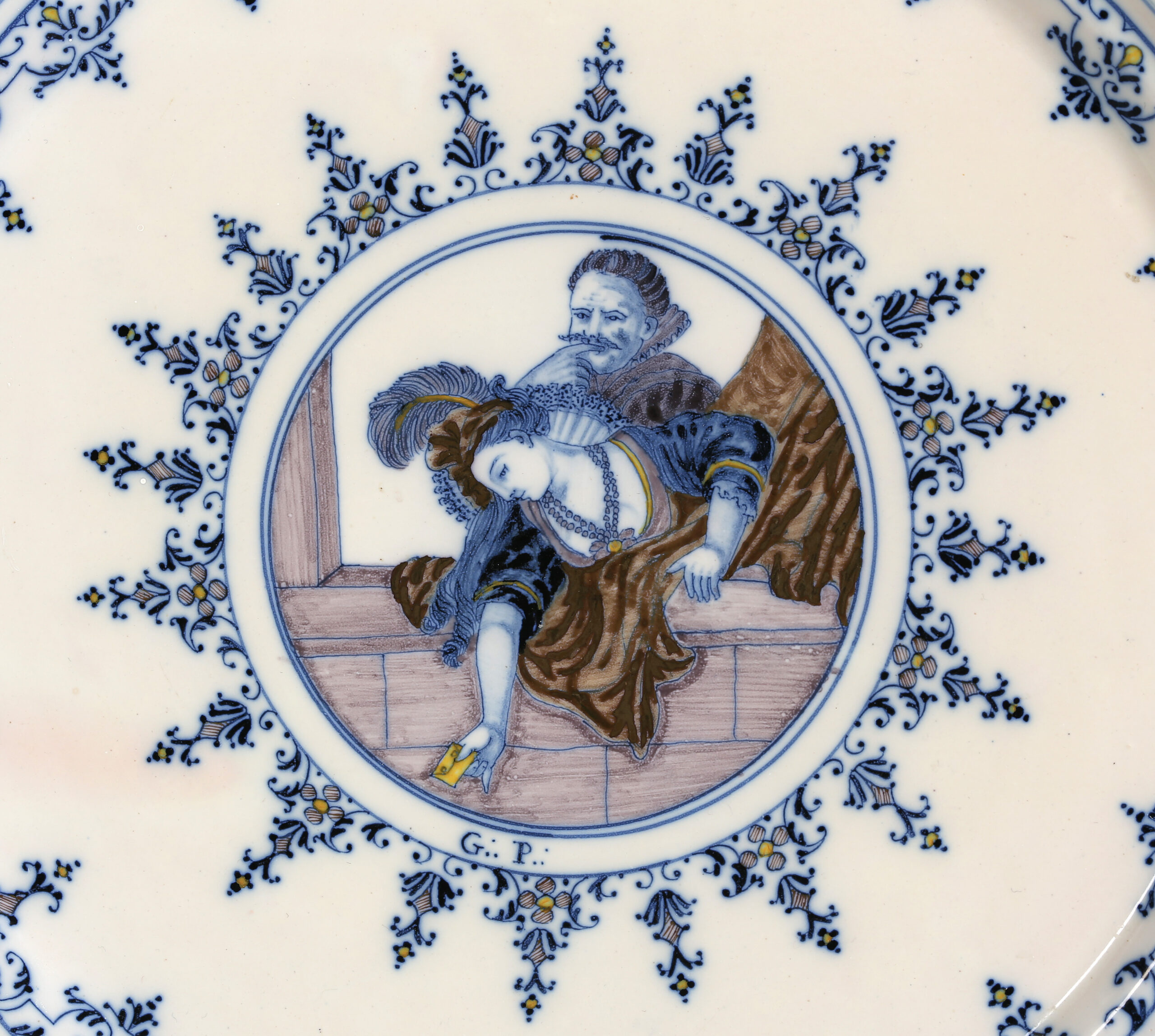 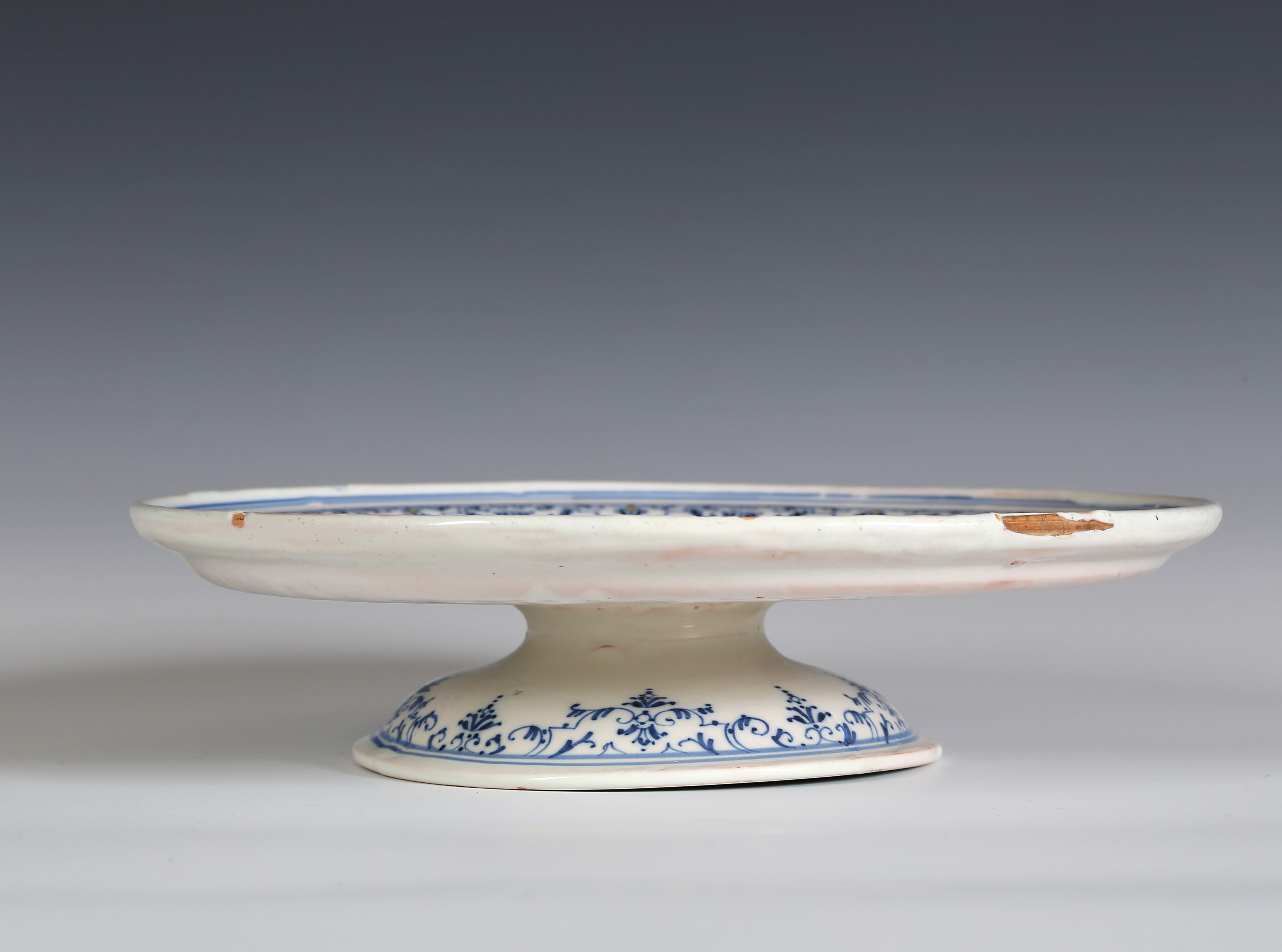 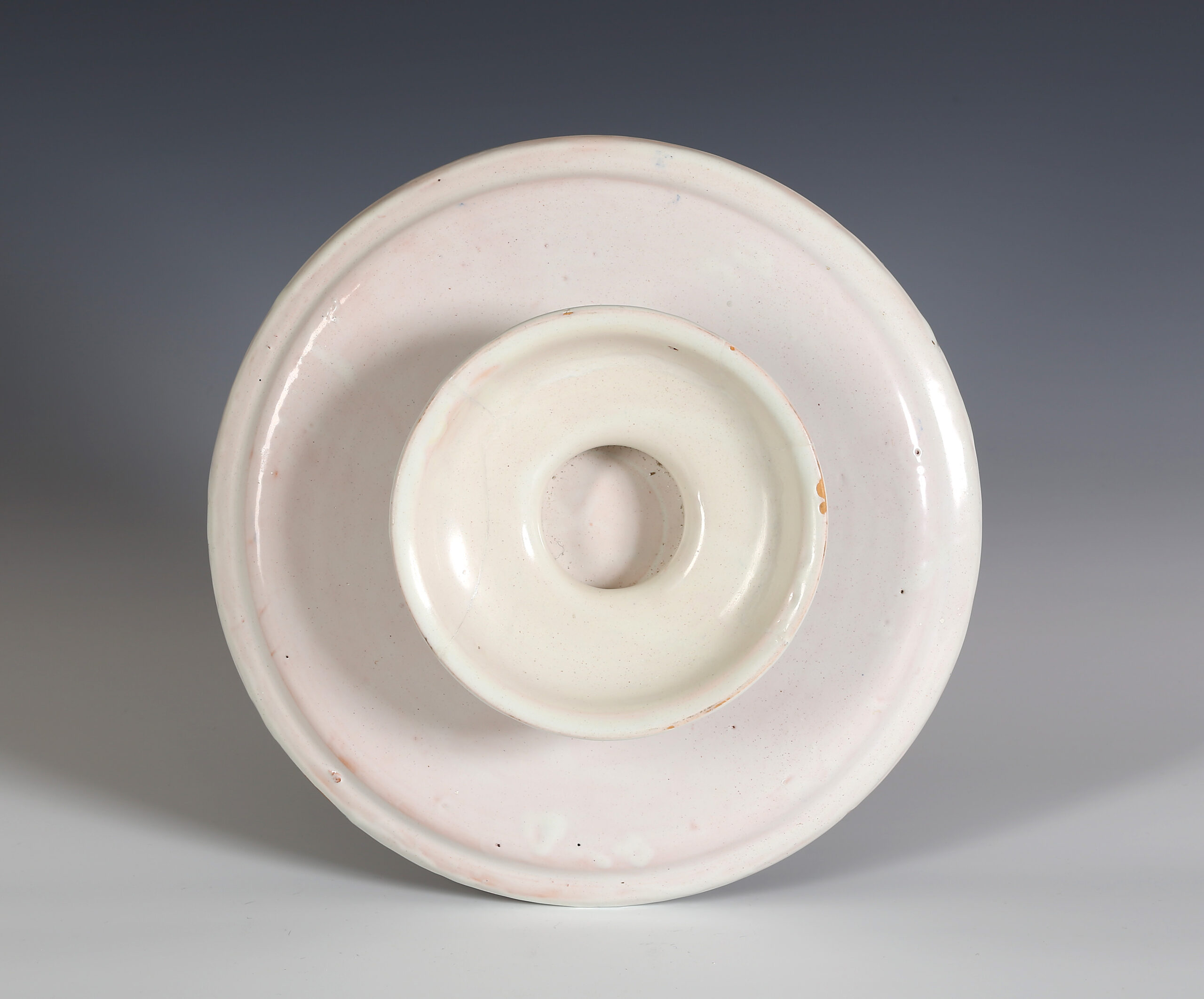 The Real Fábrica de Alcora was established by the Count of Aranda in 1727 with the intention of producing faience a quality to compete with the finest of Europe. The count established a drawing school and a system of apprenticeships that ensured this very high quality of draughtsmanship, which is exceptional on tin-glazed earthenware.

This footed dish or Salvilla of the Sèrie Berain type dates from the earliest period of the factory when the surrounding ornament of broderies was derived from the designs of Jean Berain. It is decorated in high-fired, grand feu, colours of blue, manganese and brown with touches of yellow. 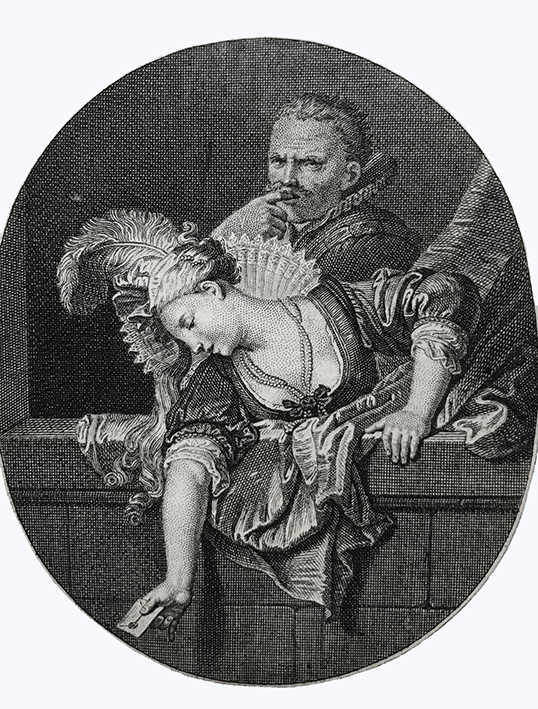 Alexius Feit has identified the source print as an allegory of love engraved by Edmé Jeaurat or Claude Duflos after Rosalba Carriera published by Diacre in Paris in 1709. Feit has shown four such allegories in the corner of a tabletop.[1] They were copied using pierced stencils, many of which survive, as was the usual practice at Alcora.[2] 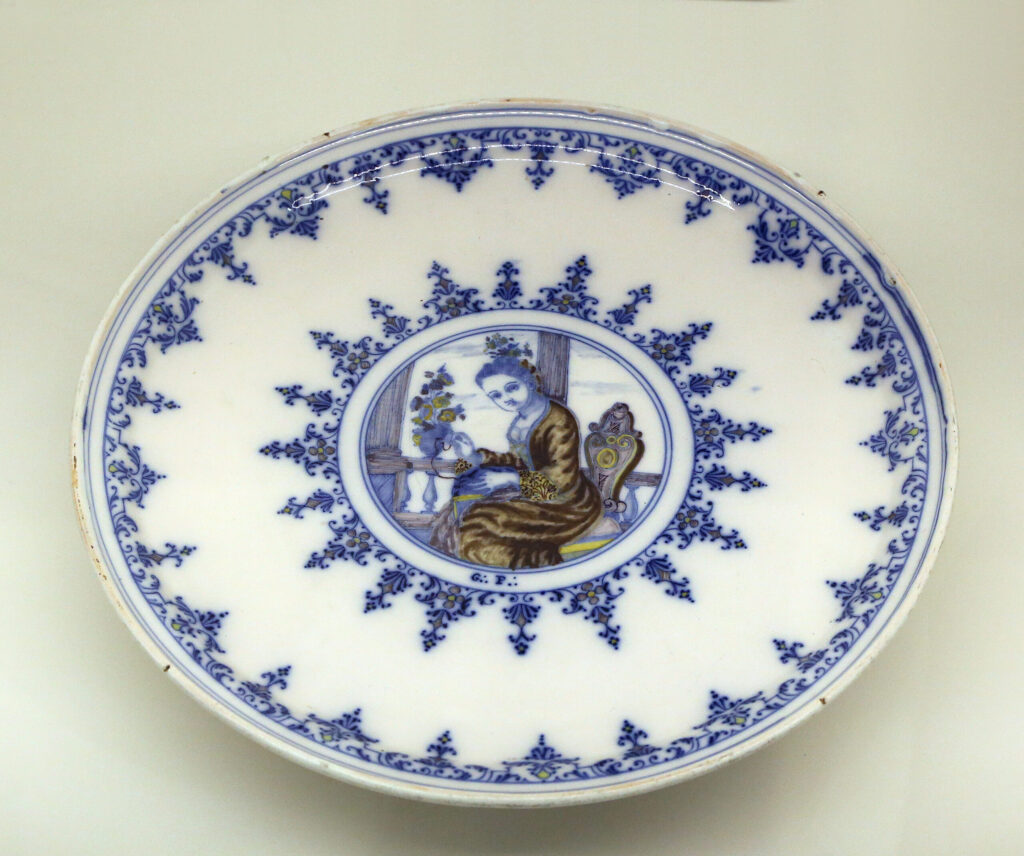 A similar dish in the Museo del Disseny in Barcelona is also marked G:.P.: which has been published as being the mark of the painter Gaspar Pastor,[3] but Feit points out that Gaspar Pastor was active around 1747-48 when the Berain style was no longer in fashion. Feit suggests the mark is instead for painters Juan Grangel and Vicente Pastor (active 1736-1745) and that one painted the Berainesque broderie borders and the other the central scene. Feit notes that a similar dish bearing the mark of Cristobal Rocafort is dateable to 1730-1737, which suggests a date of around 1736 to 1737 for our dish.[4] 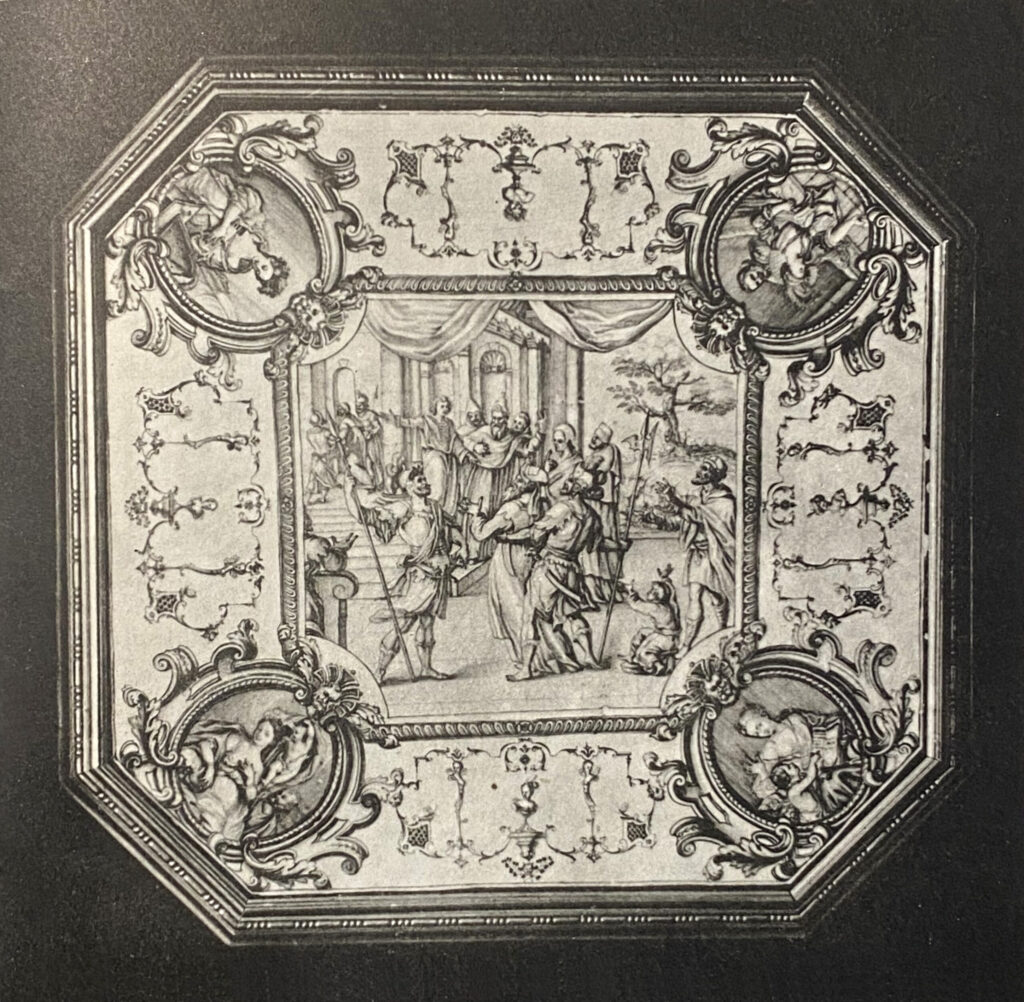 Tabletop with the four allegories after Rosalba Carriera in the corners
(Escrivá de Romaní 1945, pl. XXI)