AN INCISED SLIPWARE PLAQUE OF THE MADONNA AND CHILD 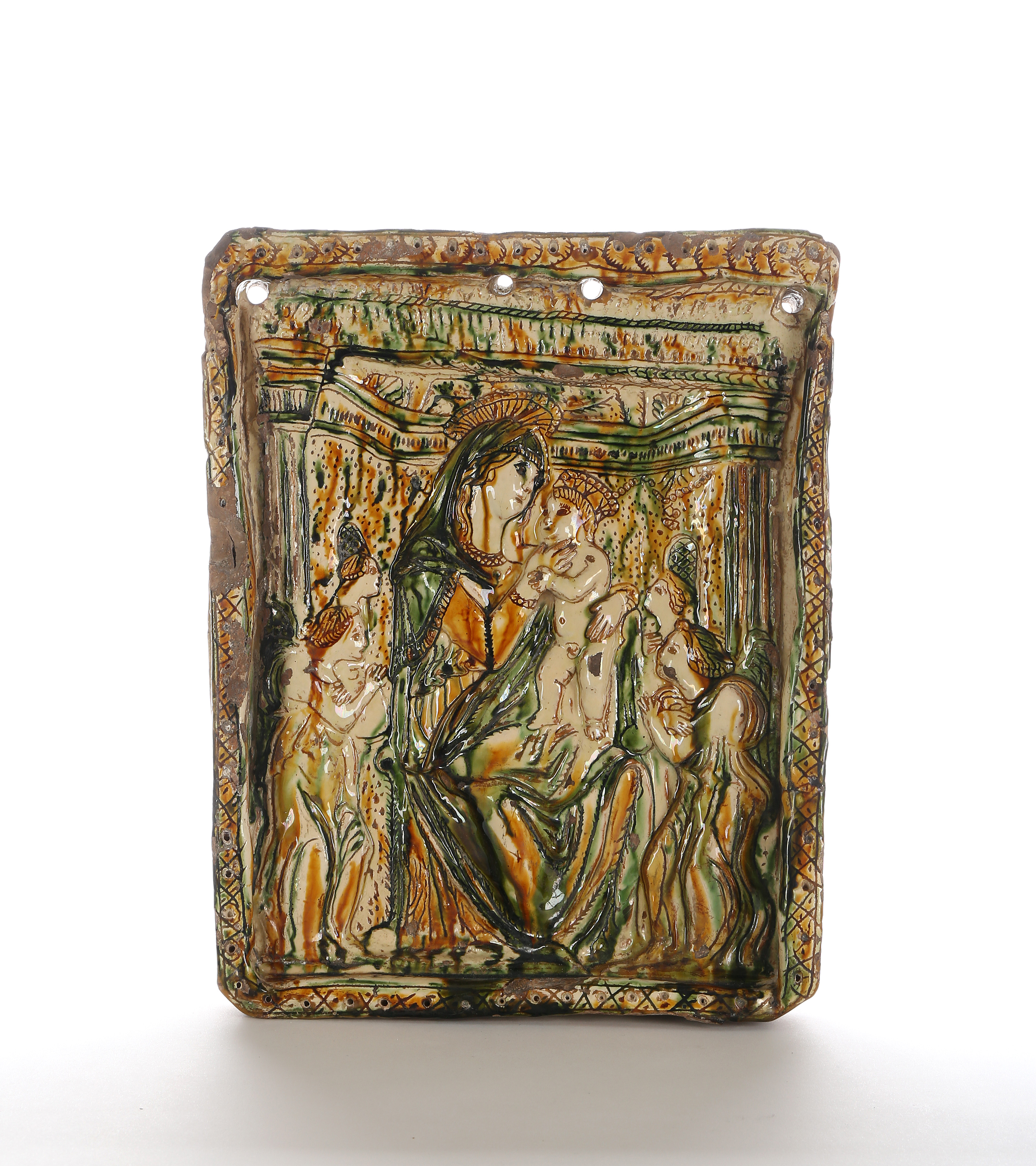 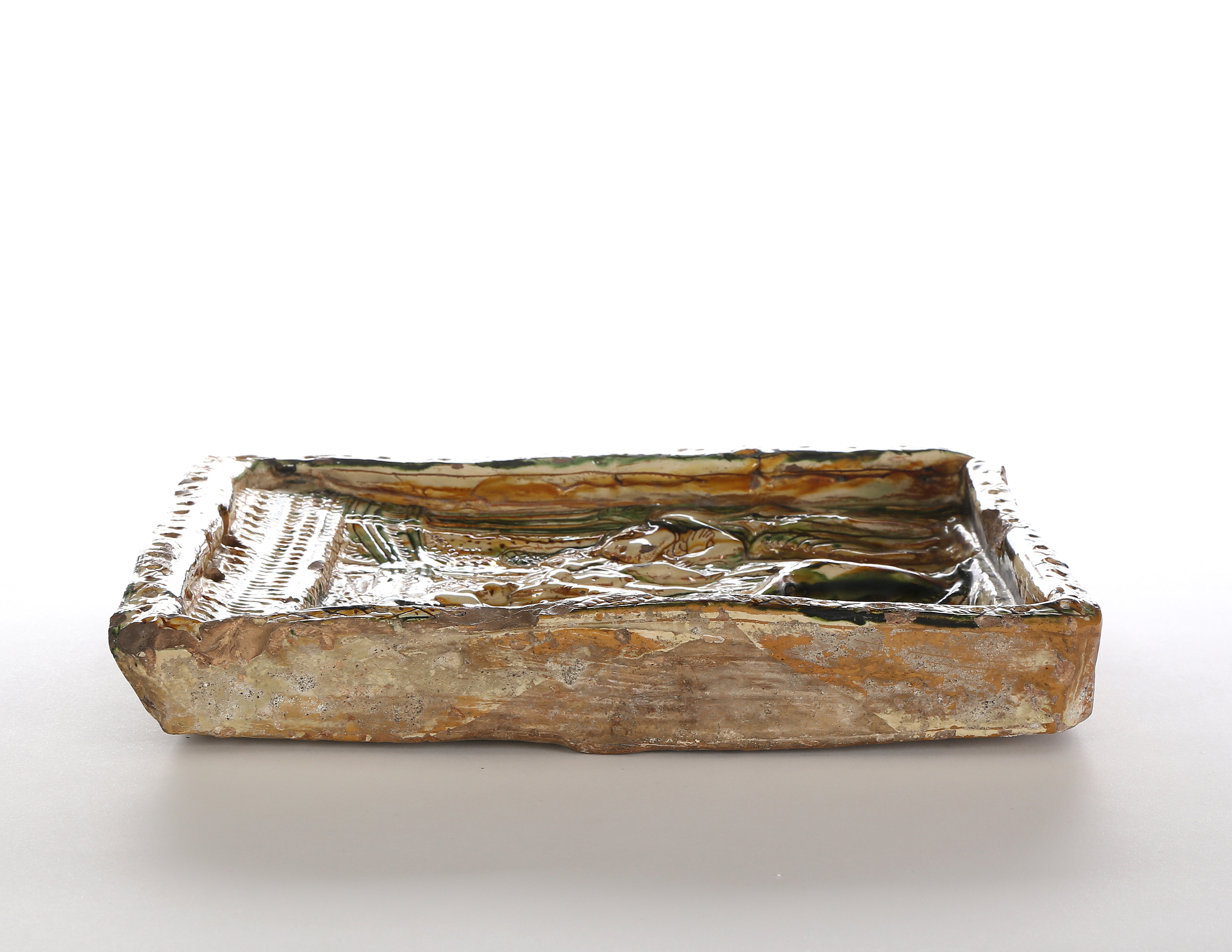 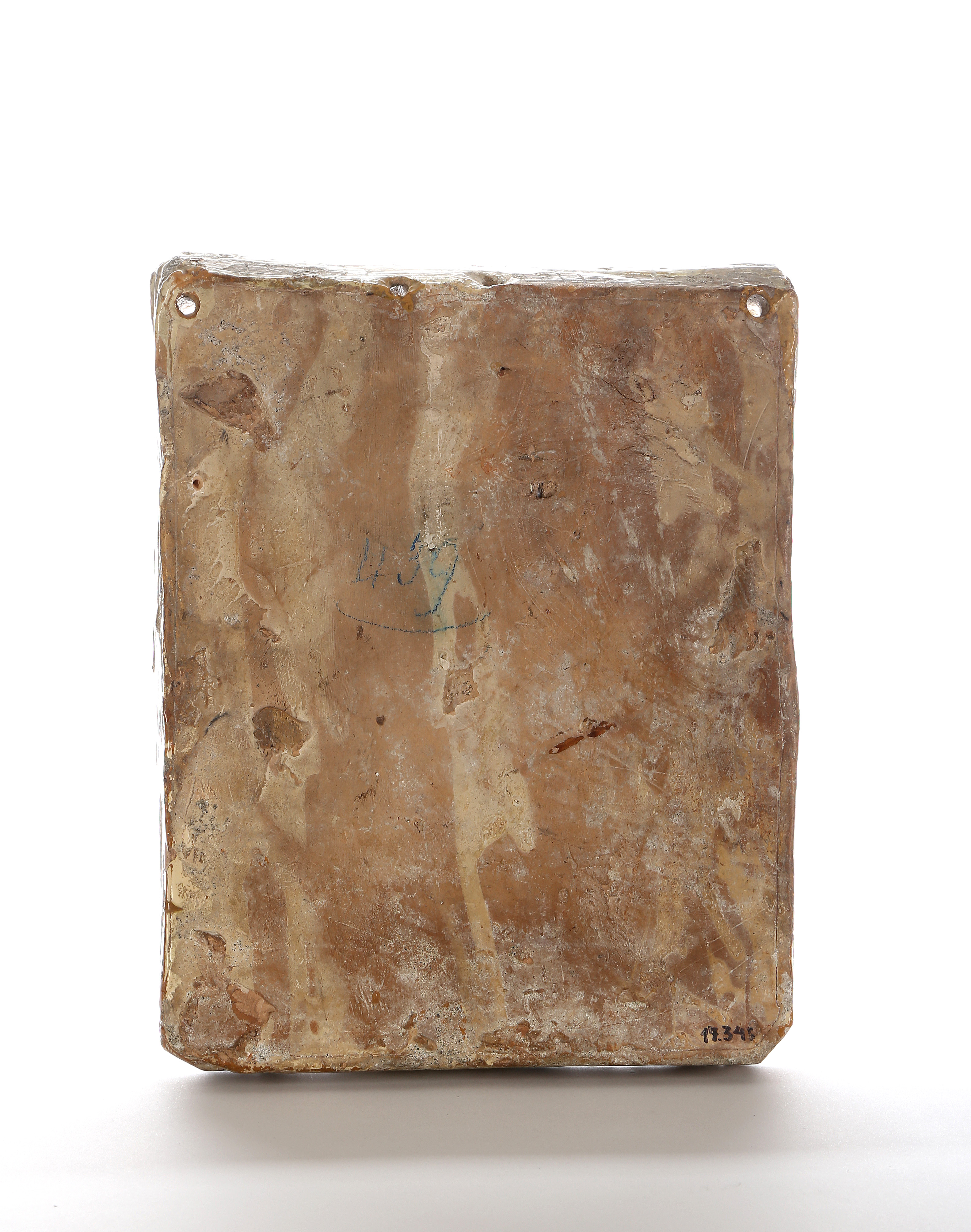 AN INCISED SLIPWARE PLAQUE OF THE MADONNA AND CHILD

In the hands of a skilled Italian potter, the humblest of materials red clay covered with a creamy–white slip, incised and splashed in copper–green and iron–yellow ochre were transformed into this poignant Renaissance work of art of the Madonna Enthroned. The sculptural plaque moulded in relief represents a traditional Christian subject, the seated Madonna, or Virgin Mary, and the Christ Child, here, surrounded by four angels. In composition, it pays homage to Giotto’s Ognissanti Madonna, of about 1310, now in the Uffizi Gallery in Florence. The subject was popularised by the numerous woodblock prints after late gothic and early renaissance artists, but also sculptural terracotta.

The importance of the central group, is dramatically emphasized by the small-scale surrounding figures of devout acolytes, which is intensified by their angled heads, drawing the viewer back to the two principal figures. Real intimacy and emotion are captured in the portrayal of the Madonna embracing the standing child with her hand about to stroke his face, while looking wistfully heavenwards. The direct inspiration is perhaps a terracotta plaque, Madonna and Child with Angels, by the sculptor Michele da Firenze (1385–circa 1455), in the Staatliche Museen, Berlin, whose work was much celebrated in his time.[1] At least one other glazed ceramic example has been identified illustrating the influence of Michele da Firenze, making our plaque an important discovery and contribution to the field.[2]

Devotional or votive plaques (targhe), produced at almost all early potteries in Northern Italy, were installed on the exteriors and interiors of domestic dwelling, above doors, in bedrooms, or in small wall niches, and even in stables, as well as in churches when given in fulfilment of a vow.[3] They were also placed on roadside altars as well as attached to trees for the private devotion of travellers, providing protection from harm at all times of the day. The majority of surviving examples are of tin–glazed earthenware (maiolica), and less well–known are examples in incised slipware (ingobbiate graffite), a technique popularly known as “Sgraffito” (scratched through).[4]

The technique dates back to the Tang dynasty (618–907) in China and was disseminated through trade in the Islamic and Byzantine worlds. It was refined by Italian potters in the North, especially in Emilia Romagna and the southern Veneto in the 15th century. Attributions are difficult because production was widespread and few pieces are dated, hence research is ongoing.[5] Another plaque, similar in theme, technique, and date, in the Fitzwilliam Museum, Cambridge, has been cautiously attributed to the Veneto, but is distinctly different with the use of cobalt blue and large areas of slip scraped away to create a red ground.[6] Consequently, our plaque was probably made in a workshop in Emilia Romagna, rather than the Veneto.

For this plaque a thick slab of clay has been pressed over a mould with the scene in reverse, and when dry and removed it was covered with the liquid clay slip. Fine details have been skilfully incised to reveal the red body below, such as the faces of the Madonna, Christ Child and angels, costumes and haloes, against a seeded ground. The architectural details echo the new interest in linear perspective which emerged during the Renaissance creating the illusion of depth and space; it shares similarities with Piero della Francesca’s Montefeltro Alterpiece, 1472–4, in Milan. A distinctive incised cross–hatched border filled–in with dots and a guilloche–style band at the top frame the composition. These features are masterfully accented with painting in green and ochre, with splashes allowed to form tiny tears across the surface under a clear straw–coloured lead glaze. Four small holes piercing the upper border, were created by the potter to secure the plaque to a wall, suspended from nails.

Acknowledgements:
We are grateful to Dr. Elisa P. Sani and Patricia Ferguson for in cataloguing this plaque.

Oxford Authentication Thermoluminescence Analysis Report, sample no. N118g92 is consistent with this date

[2] For the maiolica example of the Virgin and Child, see Elisa P. Sani, Matthew Reeves, and Justin Raccanello, Maiolica before Raphael: Italian Ceramics before 1500, Sam Fogg Gallery, London, 2017, cat. no. 37.